School (PECS). It began with more than 400 students, faculty and staff posing for a photo on an open field and ended with the proud class of eighth graders receiving cheers from the student body as they took the traditional final walk through the halls of the Brighton school.

The warm, overcast morning kept the sun out of everyone’s eyes for the photo commemorating the 10th anniversary of the school. Chairman Marcellus W. Osceola Jr., Councilman Andrew J. Bowers Jr. and the school’s first principal Russ Brown, now a provost at Indian River State College, took their place in the crowd to spell out PECS 10.

The idea for the school came from parents’ desire for their children to continue language and culture classes after they left preschool. When students entered the public school system, they feared Seminole culture would be lost.

The late Louise Gopher, then the director of education, realized if the children lost their language, Seminole culture could be lost forever. She established a pull-out program for Tribal students which allowed them to remain on the reservation one day a week to learn language and culture from a group of elders, called the grandmothers.

The program was such a success that the concept was expanded to include a complete school on the reservation. When the school opened in 2007, PECS was the first Native American Charter School east of the Mississippi River. Its charter outlines the school’s focus on Seminole culture and language while adhering to the same educational standards as every other public school in the state.

The school opened with 123 elementary school students; at the end of the 2016-17 school year, it had 302 kindergarten through 8th grade students. In 2014, the Creek language was added to the Florida Course Code Directory of approved courses. PECS’ students now earn foreign language credit toward high school graduation and college admission.

After the photo op, students in grades 3-8 celebrated the last day of school with luau dance parties in the gym. When the dancing finished, every K-7 student lined the school’s hallways to greet and congratulate the eighth grade graduating class. High fives and applause erupted as the proud, pink t-shirt clad eighth graders made their way through the school’s halls for the last time.

The celebration continued for the grads in the media center with cake, gifts and a video marking their tenure at the school. Principal Brian Greseth addressed the group and told them he has complete confidence in them.

“You are definitely well prepared academically and socially for high school,” Greseth said. “You’re going to do great things, but it’s up to you. It’s your choice to enjoy high school, but you have to put some work into it. The choice is yours, it always is.”

He told the students that he expects all of them to graduate high school and most to go to college.

“I would love for you to come back here, be the teachers and run the school,” Greseth said. “I’d love to see you come back and give back to the community.”

With that, they viewed the video, cut the cake and the students passed a milestone in their young lives. 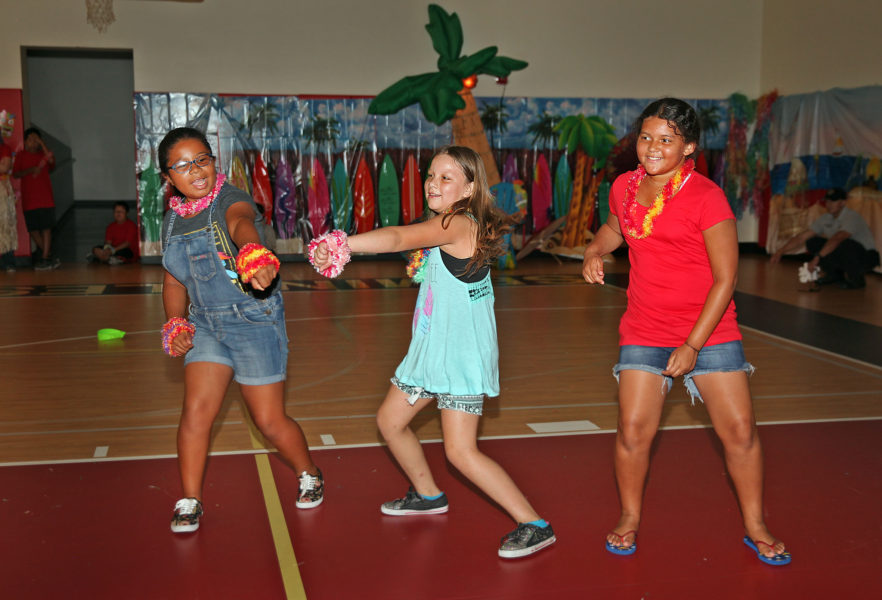 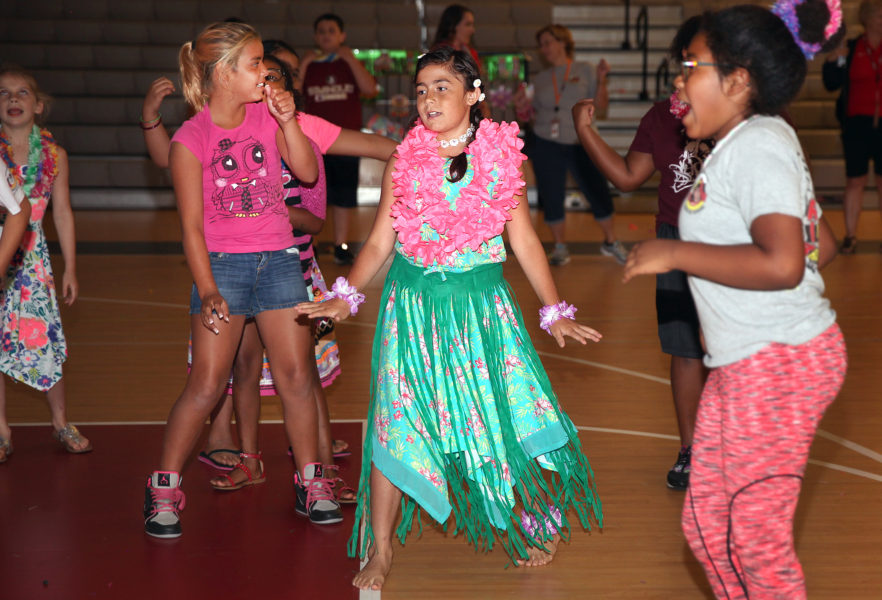 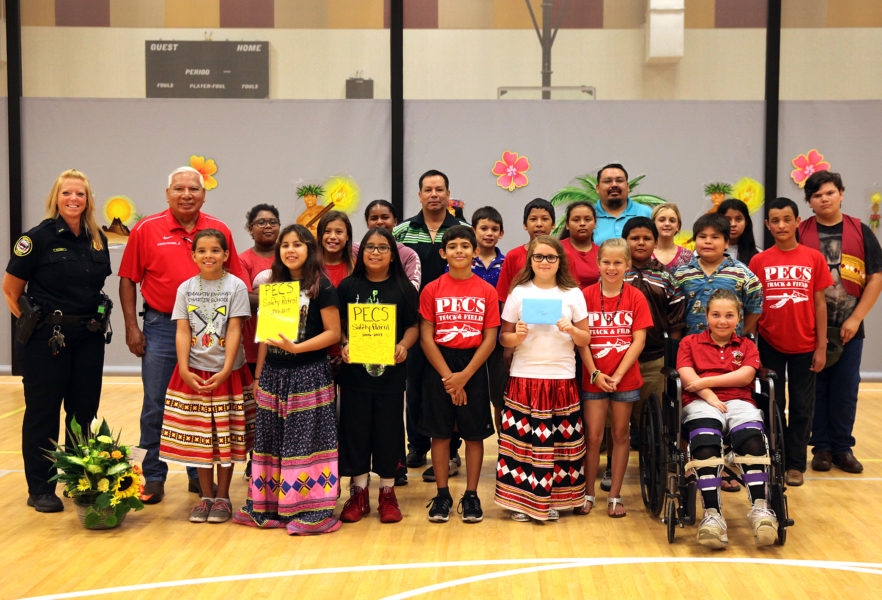 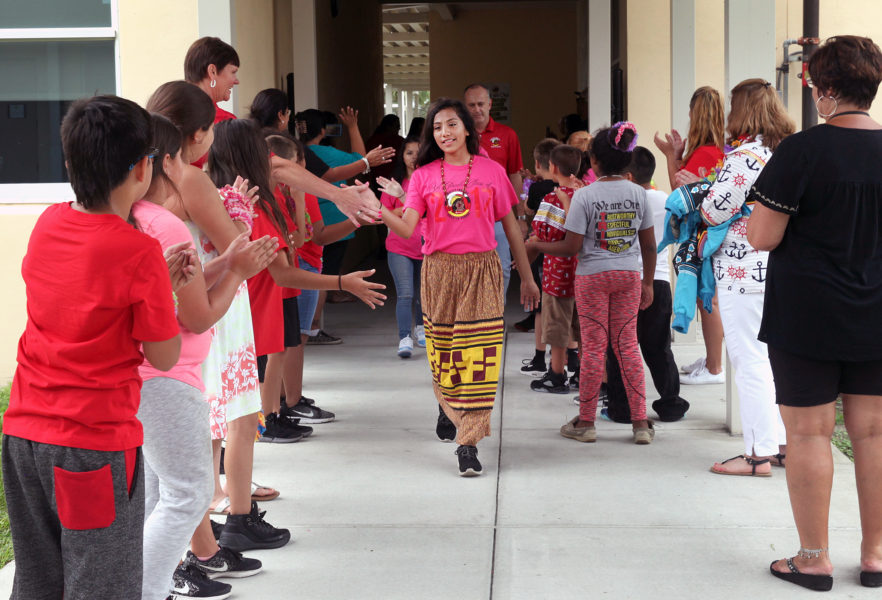 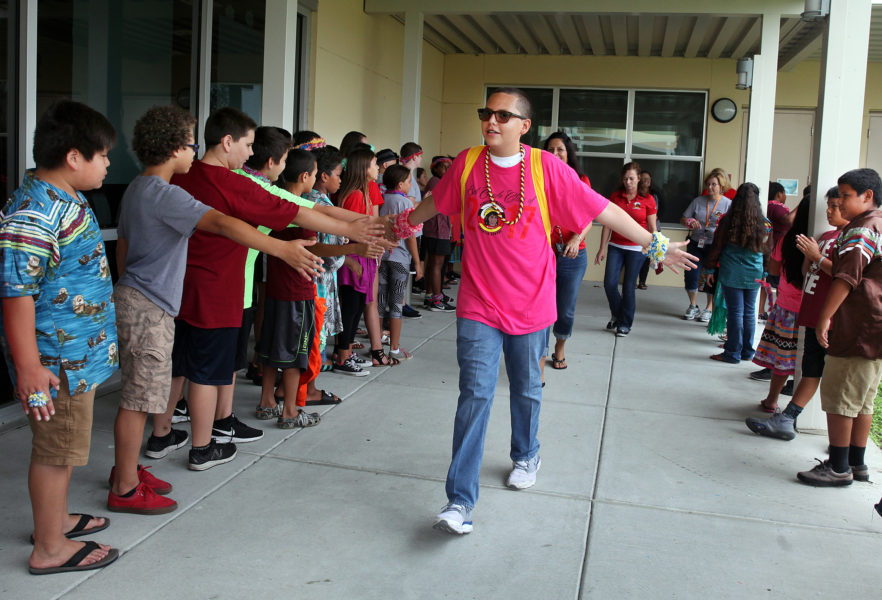 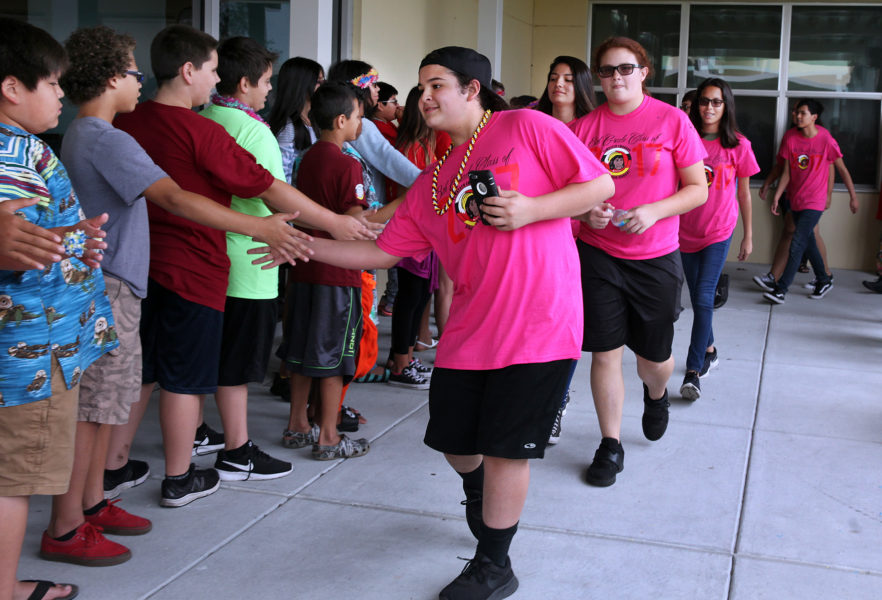