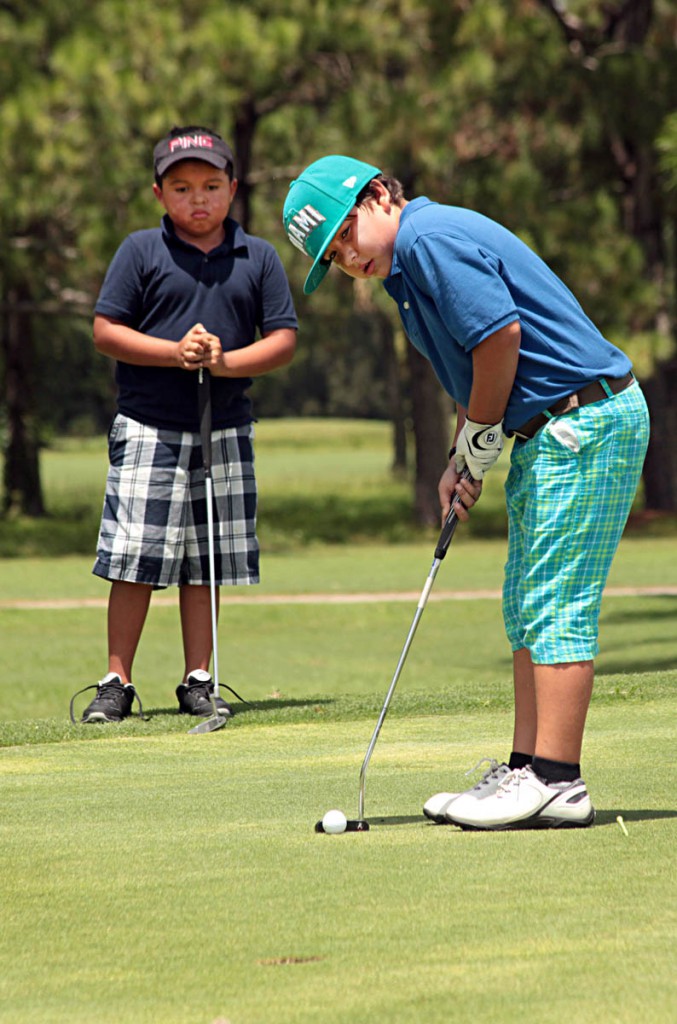 CLEWISTON — The heat and humidity of a typical Florida summer didn’t keep Tribal youth from competing in a junior golf championship tournament held June 29 at the Clewiston Golf Course.

With plenty of bug spray tucked in their golf bags, the kids gave their all at the Amateur Athletics Union First Nations Alliance State Championship.

Before teeing off, the athletes and their parents enjoyed a golf trick shot show by Kevin Compare, PGA Master Professional and golf instructor at The Breakers in Palm Beach.

A world-renowned trick shot artist since 1987, Compare has performed more than 1,600 trick shot exhibitions in 46 states and seven countries.

Compare impressed the group by driving balls 150 yards down the range with clubs of all sizes, from 24 inches to more than 6 feet; some were straight, others bent like a wet noodle.

He also demonstrated the importance of a wide stance while hitting the ball; he did it by successfully driving the ball while in a split position.

Winners of the tournament qualified to play in the AAU Golf National Championship in Greeneville, Tenn. to be held July 18-21.