MOORE HAVEN — Sunni Bearden saved her best volleyball on her senior night until the final set. 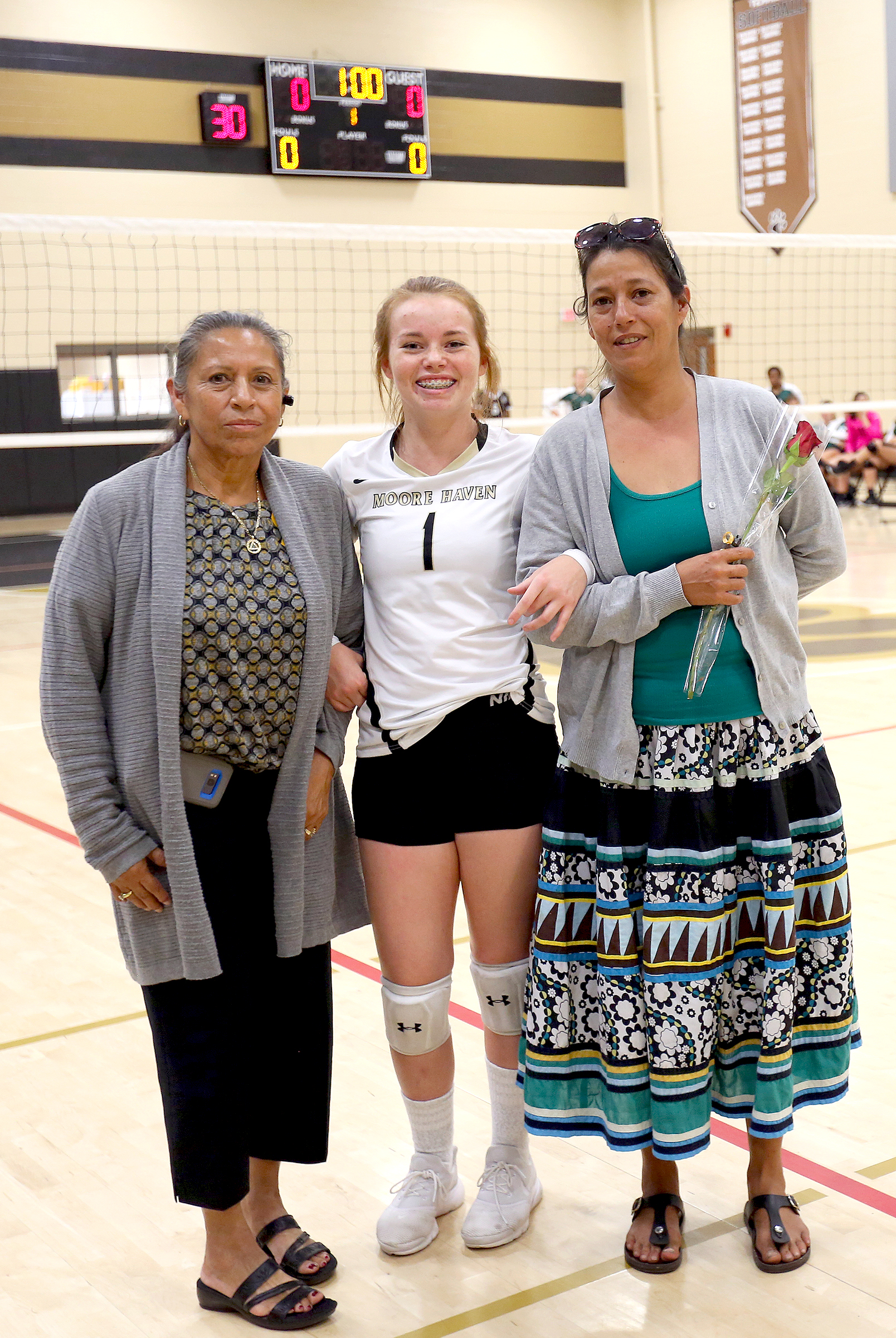 Before the game, Bearden, a three-sport standout, was accompanied by her mother Timi Bearden and grandmother Helene Buster during a ceremony that also honored seniors Jo’Keria Crawford and Cristina Maria. Bearden has been a key figure on the varsity since her freshman season in 2014.

“She’s a great athlete,” said Moore Haven coach Paige Raulerson. “She’s not a very vocal leader, but she leads by example because she comes out here every day, whether it’s practices, games, helping us set up; anything she does, she does 110 percent. She never slows down.”

Bearden’s leadership and versatility were on display throughout the night. She was a leader offensively with her hitting and defensively in the dig department. She also shined serving, especially in the third set when she reeled off six consecutive aces that frustrated Glades Day players, who either came up short diving for balls or were handcuffed.

But the serving star in the decisive fifth set was Jacee Jumper, a sophomore from Brighton who staked Moore Haven to a 5-0 lead, which included two aces. Madisyn Osceola, another sophomore from Brighton, also saw action at the net, often alongside Jumper. The duo combined for a block that gave the Terriers a 14-9 lead.

“[Jacee] works very hard,” Raulerson said. “We’re happy to have her here. She’s come in and filled in one of the roles we were missing from graduating Syd [Sydnee Cypress] and a few others. Madisyn has been transitioning to the middle. We have three middle, so it’s kind of just a circuit, they all rotate in and out, and 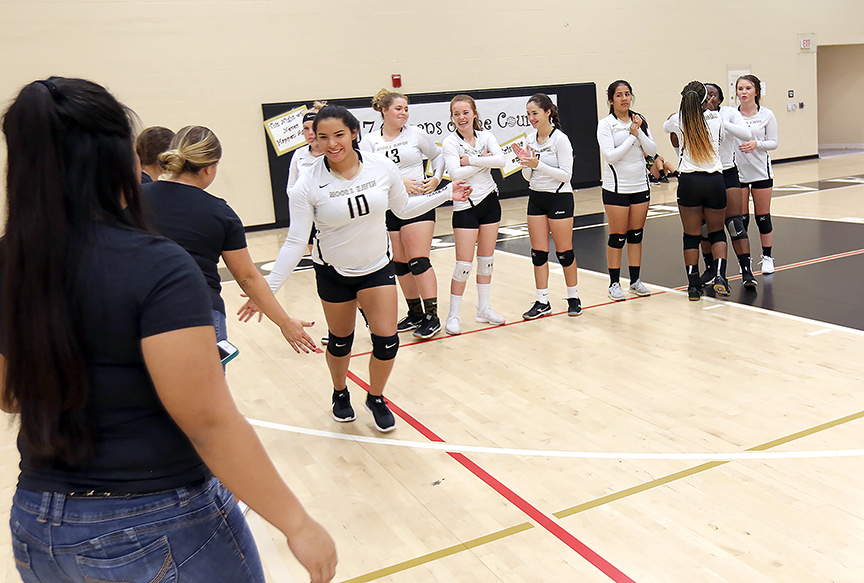 she’s been doing a good job for us.”

Jumper said playing on a team with Sunni is never boring.

“It’s been great. Definitely a lot of laughs during games and practices,” she said.

Other players from Brighton are shining in the program as well. Raulerson said she’s been pleased with the play of Alice Osceola and Alyssa Gonzalez on the junior varsity.

“They both do very well for the JV team. Alice is a setter and Alyssa primary plays backrow defense,” Raulerson said.

As for Bearden, more senior night ceremonies await this winter for basketball and in the spring for softball.

Bearden is the softball team’s leadoff batter and a star defensive player in center field. She hopes her softball career continues after high school.

“I want to go to college for [softball],” she said. “My coach is going to get colleges to look at me. He’s saying they might give me a scholarship. I’m crossing my fingers.”