Skip to content
You are here
Home > Author : Kevin Johnson 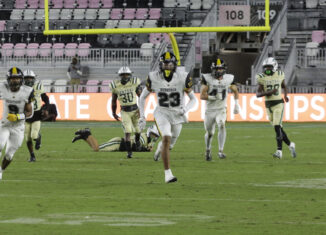 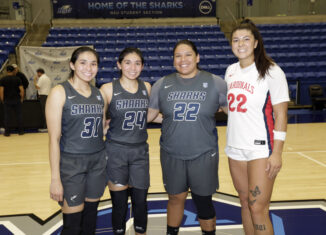 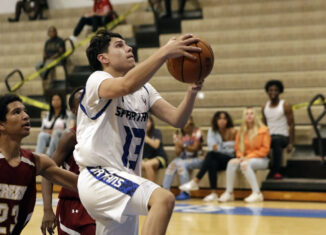 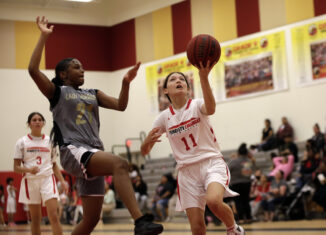 PECS’ Ila Trueblood makes a layup in the girls game against Moore Haven on Dec. 15, 2022. (Photo Kevin Johnson) BRIGHTON — Basketballs are once again bouncing on the court at Pemayetv Emahakv Charter School’s gymnasium. After two years with no sports at the school due to the pandemic, the girls and 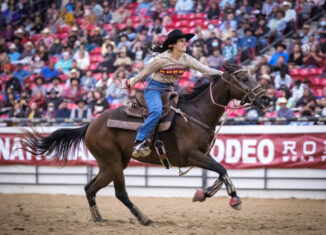 Kalgary Johns smiles as she heads toward a fifth-place finish in the championship round of the Indian National Finals Rodeo on Oct. 22, 2022, in Las Vegas. (Rodeo Ready Photography) Editor's note: This story appeared in the Nov. 30, 2022, issue of The Seminole Tribune. A sixth place finish for Kalgary 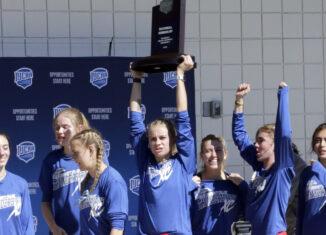 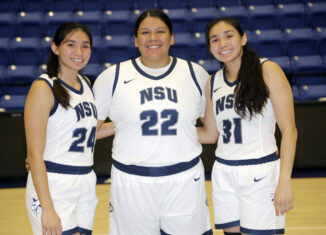 From left to right, Kyarrah Grant, Skyla Osceola and Kyannah Grant are playing together on the Nova Southeastern University women’s basketball team. (Photo Kevin Johnson) Editor's note: This story appeared in the Nov. 30, 2022, issue of The Seminole Tribune. DAVIE — Life is good for Skyla Osceola, Kyannah Grant and 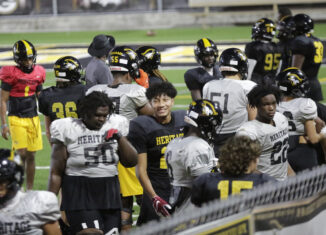 Gregory Xavier Thomas, center, is in his sophomore season on the powerful American Heritage football team. (Photo Kevin Johnson) Editor's note: This story appeared in the Nov. 30, 2022, issue of The Seminole Tribune. PLANTATION — When it comes to football, Gregory Xavier Thomas has lofty goals. Similar to many of 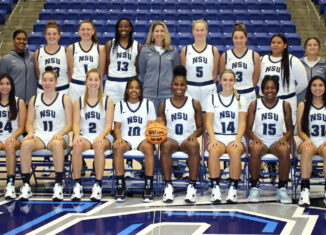 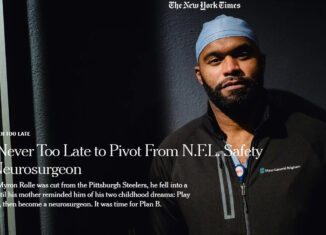