Skip to content
You are here
Home > Sports > For Ahfachkee volleyball, a return to the court with an eye to the future 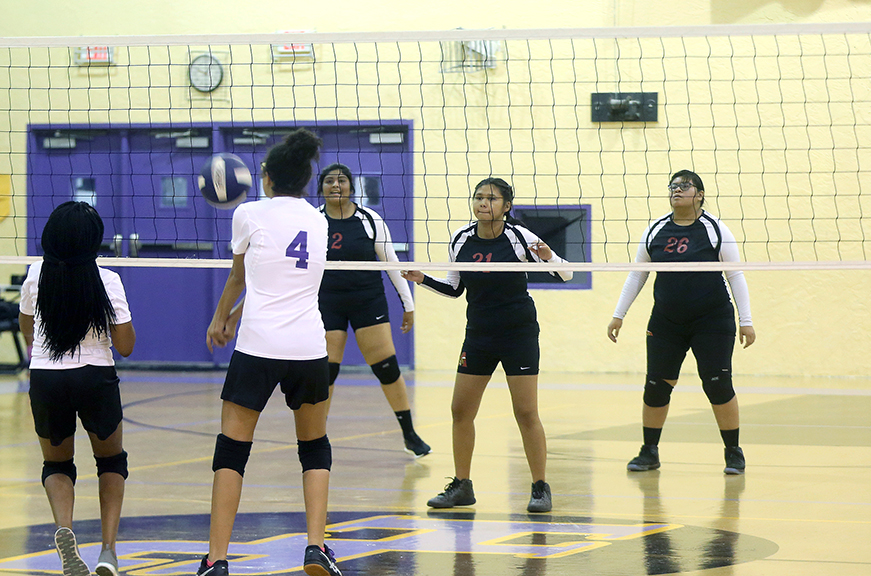 With nine players on its roster, the Ahfachkee School volleyball team began its season Aug. 29 with a match at Hollywood Christian School.

It was the first-ever volleyball match for some Ahfachkee players.

“I think we all did all right,” said captain Thomlynn Billie. “I think we just need to practice on the little stuff. This is our first game all playing together, so I think we did pretty good.”

In the final set, Ahfachkee showed plenty of determination to keep the match alive. Trailing 24-17, the Lady Warriors were one point away from defeat, but with a c 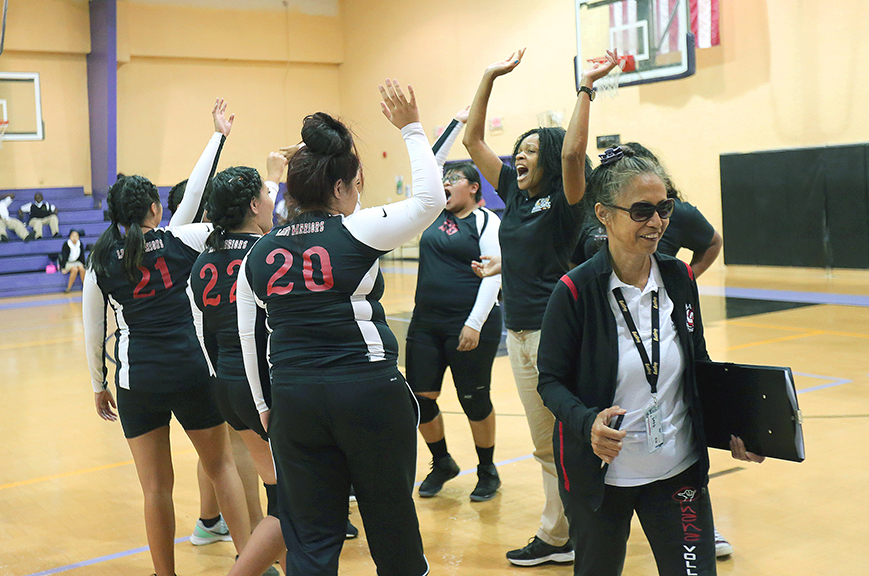 ouple of kills from Cypress and a few aces from Abby Tigertail, the Lady Warriors roared back to take a 25-24 lead before Hollywood Christian notched the final three points to end the match.

Quinsaat, a native of Hawaii, brings 30 years of volleyball experience to a program that has few experienced players.

“It’s a work in progress. They’re new to the game. Everything is basics,” she said.

One of Quinsaat’s goals is to for m a solid foundation so the program can help players gain experience even before they reach high school.

“Hopefully it will expand,” Quinsaat said. “I intend to grow the program in the middle school, and hopefully that will be a feeder for the high school.”

Billie is glad to be a part of building that foundation.

“I think it’s pretty awesome that we’re able to play together because some of these girls, we don’t really talk to each other [away from volleyball], but we’re able to all meet up [on this team],” she said.