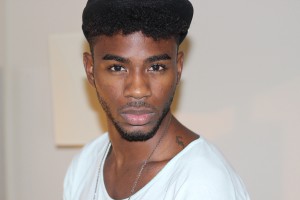 FORT PIERCE — Quentin Tommie always thought he would study law when he pursued his higher education. He assumed it would be a safe, successful career choice.

But while in high school, Tommie had a realization because of his friends; they continually complimented his sense of style.

Once he graduated from St. Lucie West Centennial High School in 2009, Tommie decided to attend Miami International University of Art & Design and study fashion merchandising. He wanted to learn how to make a career out of his talent.

Tommie enrolled in classes that taught him not only about sewing and choosing fabrics but also about marketing, public relations and advertising. He learned the fashion side of his career choice, as well as the business side.

As part of his classes, he assisted in several fashion shows by dressing models; he designed a storefront window display; and he organized and styled a photo shoot. In addition, he worked as a freelance stylist for models and magazines, including Sixty Magazine in Tampa, and interned with Danny Santiago, a fashion stylist for the movie Sex and the City and the TV show Burn Notice. Tommie had the opportunity to work on the Burn Notice set while interning for Santiago.

“It’s something that I love, and that’s what’s really great about it,” he said. 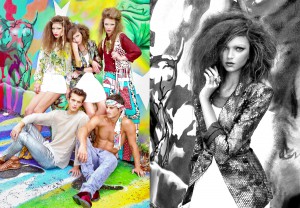 But out of all the opportunities Tommie’s already had, one stands out above the rest: styling a photo shoot for Italian Vogue. The set contained a private jet and fancy cars, and Tommie styled a model using high-end jewelry, including Breitling watches and yellow canary diamonds that came complete with a security guard.

Tommie said styling a photo shoot includes picking out clothes – plus steaming and ironing them – selecting accessories and coordinating with hair and makeup artists to complete the look. But even when the first look is complete, wardrobe changes create additional work. For Tommie though, the hard work is well worth it.

The 22-year-old will graduate from Miami International University of Art & Design in December and plans to go back to school for a master’s in marketing. He would like to pursue the degree in either New York or Los Angeles so he can study in a city known for fashion.

“I want to learn more things about marketing and advertising,” Tommie said. “I definitely see myself owning my own styling company and taking on personal styling for celebrities.”

Tommie said his success would not have been possible without the help of the Seminole Tribe and hopes other Tribal members will pursue higher education as well.

“The Tribe is playing a huge role in helping me get my education,” he said. “I encourage anyone and everyone to take advantage of receiving an education basically for free.”