At the 6th annual Smith Family Cattle Drive Jan. 27, which honors the family patriarchs’ contributions to the Tribe in the cattle industry and public service, about 100 family, friends and community members aimed to move a herd of 30 steer about six miles from the Brighton Marsh Pens to the Fred Smith Rodeo Arena.

Brighton Board Representative Larry Howard, a longtime supporter of the event, was the honorary Trail Boss.

“It means a lot that the family chose me,” Howard said. “I’ve known all of the individuals in the family. The Smith family has meant a lot to the community and many were representatives, councilmen and even President. They took the time to serve their reservation and people respect them for it.”

Four generations of the Smith family attended the event, which was organized by Diane Smith, Roger Smith’s widow, with plenty of help from the rest of the family.

The surviving children of Jack Smith Sr. and Roger Smith’s siblings – Jack Jr., Nellie Smith, Oneva Baxley, Linda Tommie and Mahala Madrigal – are all involved in the cattle industry and the cattle drive. Their children, grandchildren and great grandchildren participated in the annual event.

But the cattle drive hit a speedbump about halfway to the destination. The yearling steers bolted in different directions near the Red Barn. Most ran into nearby woods and were recovered easily. A few others ran across a bridge, down a road and into more woods. One jumped into a wide canal and started swimming.

“The steers were a little crazy today,” said Diane Smith. “These animals weren’t used to being in a cattle drive.”

Most of the ATV drivers and horseback riders in the cattle drive anticipated a leisurely ride to the rodeo arena, as has been the case for the previous five years. But the ruckus of the escaped bovines caused these cowboys and cowgirls to use their rodeo skills to find and capture the four-legged fugitives.

Jason Baker roped one escapee on the far side of the canal and, with the help of Daniel Rodriguez and Clint Bowers, tied its legs together and waited for a cattle trailer to retrieve it. Not quite a rodeo event since nobody kept time, but the skills they used were the same.

Of the five animals that ran away from the herd, three were caught quickly, one was lost in the woods and one drowned in the canal.

“They got hot and took off because of the heat stress,” said Bobby Yates, natural resources cattle foreman and last year’s honorary trail boss. “I’ve seen animals behave this way, it’s just part of it. They are living, breathing creatures and have minds of their own.”

After the excitement died down and everyone made it to the rodeo grounds, Chairman Marcellus W. Osceola Jr. and Rep. Howard addressed the crowd.

“Today isn’t about titles; I’m a family member,” said Osceola, who is married to Roger and Diane Smith’s daughter Trisha. “Just being here and keeping the memories alive means a lot to the family.”

Howard has also participated in the cattle drive every year since its inception in 2013.

“This one had the most excitement I’ve seen,” Howard said. “This is something the brothers would have liked. I’ll continue to do this as long as I can get up on a horse.”

The Smith Family Ranch Rodeo, which took place later that day and the next, was sanctioned for the first time this year. It took a few years of effort to get qualified by the Florida Cattlemen’s Association, but now, rodeo participants earn points toward the Florida Ranch Rodeo Finals to be held in September.

The ranch rodeo featured 13 teams from throughout Florida who competed in events tied closely to the work they do on the ranch every day. Teams of four men and one woman vied to be the best in stray gathering, trailer loading, team branding, team sorting and ranch bronc riding competitions. The overall winner was the team from HA Bar in Venus. 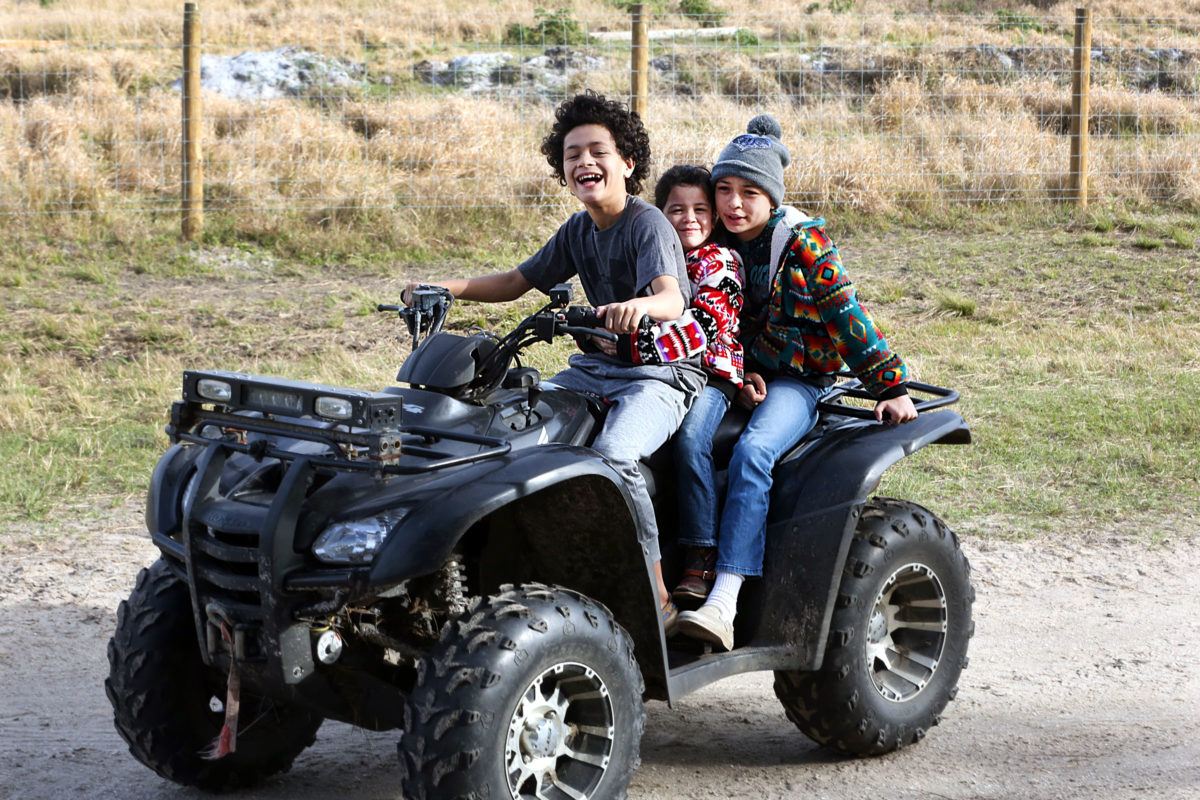 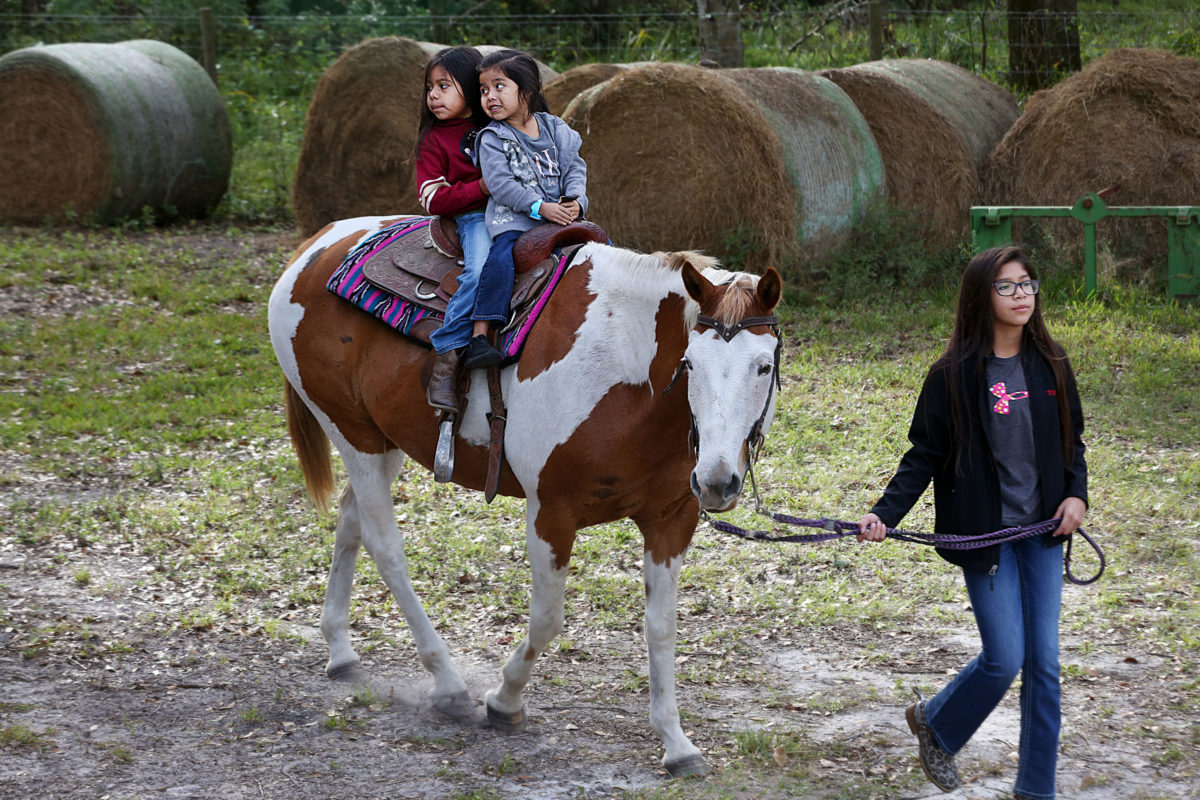 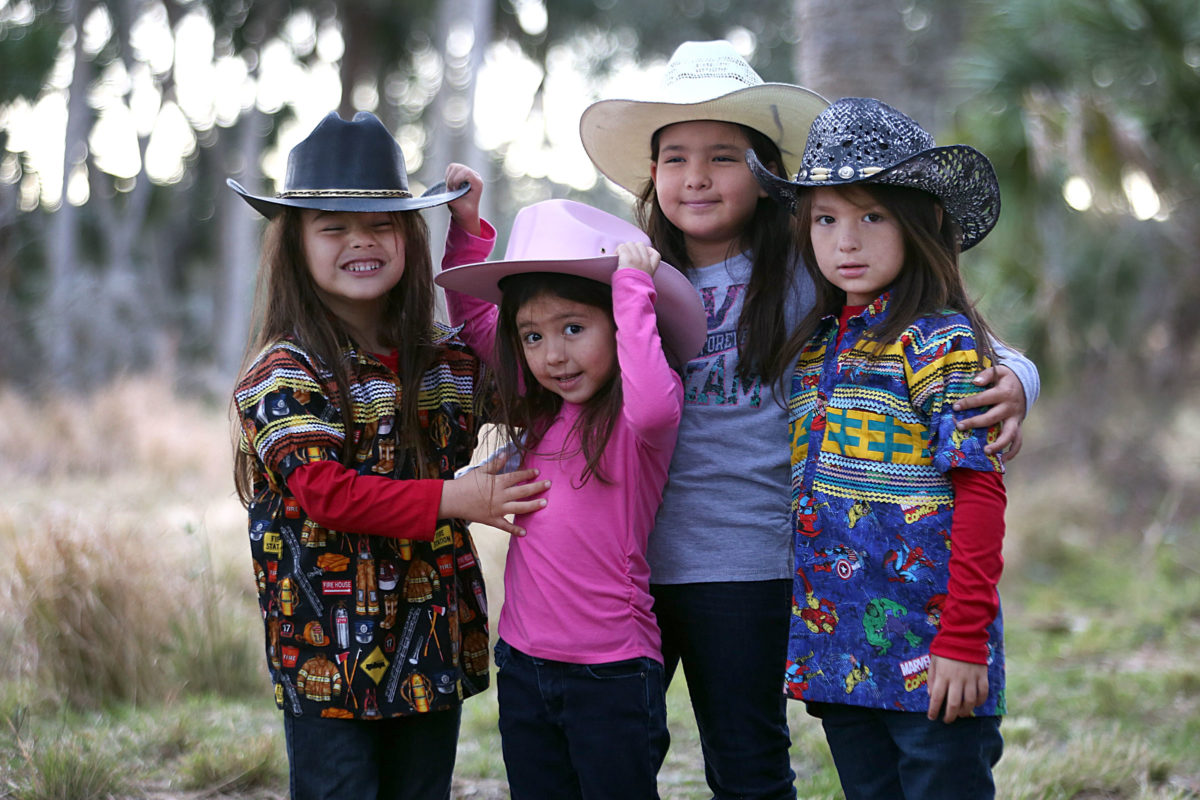 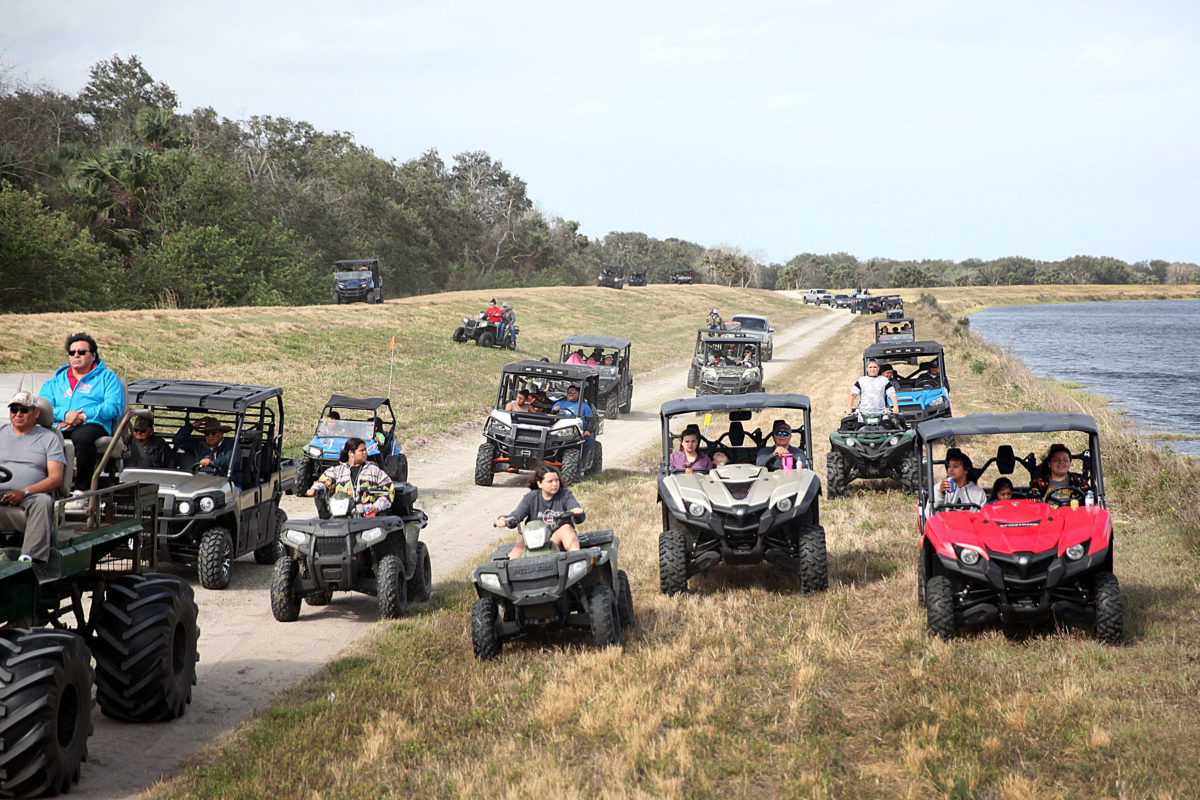 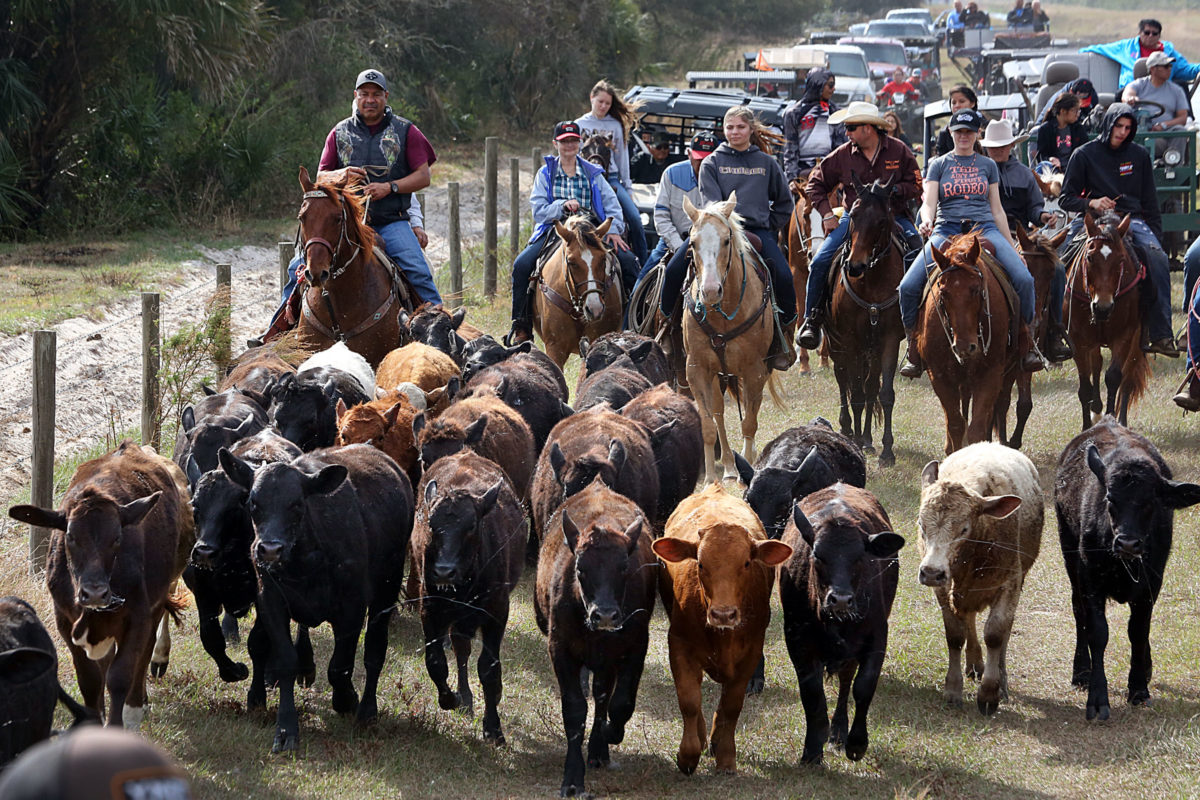 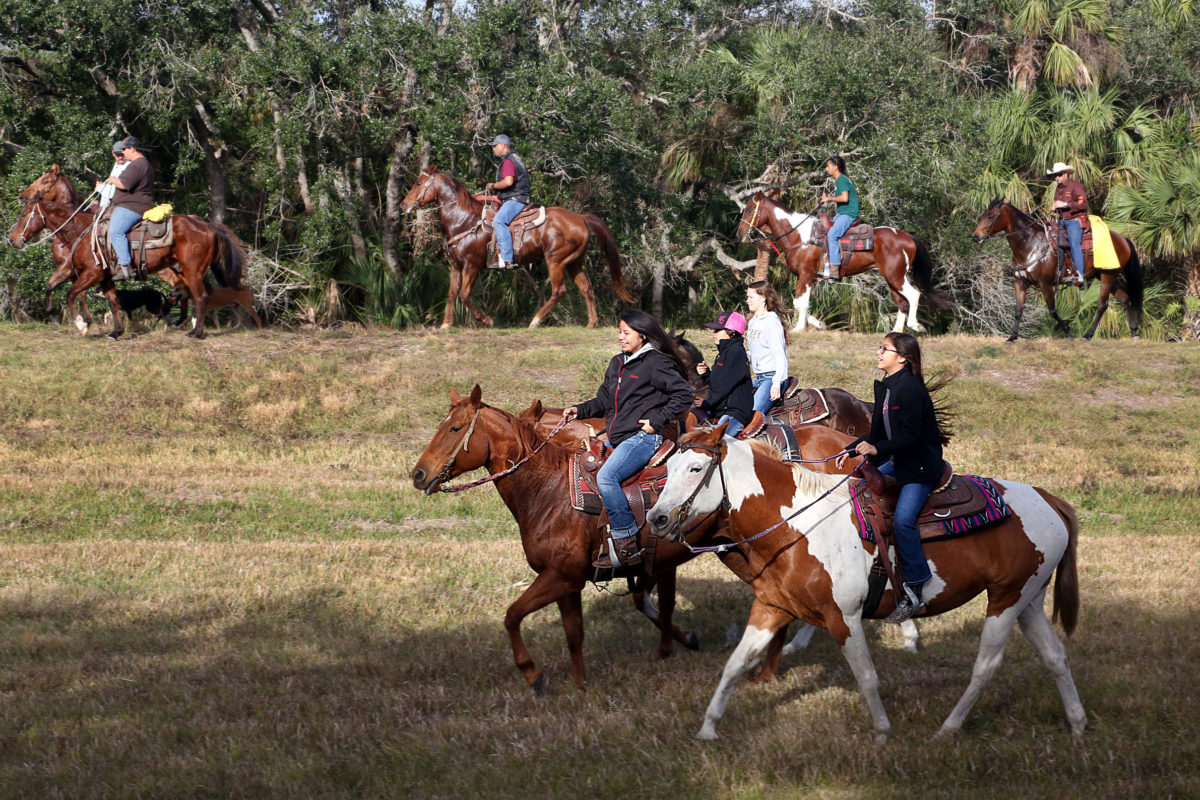 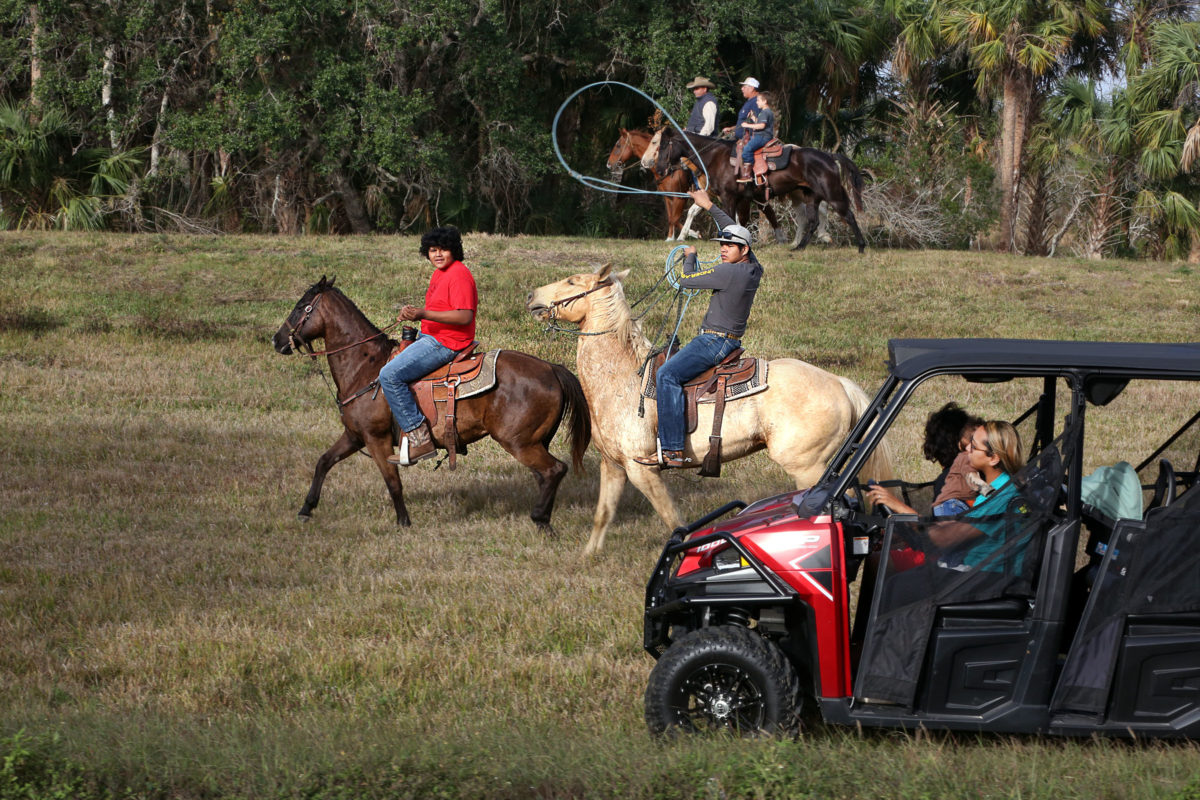 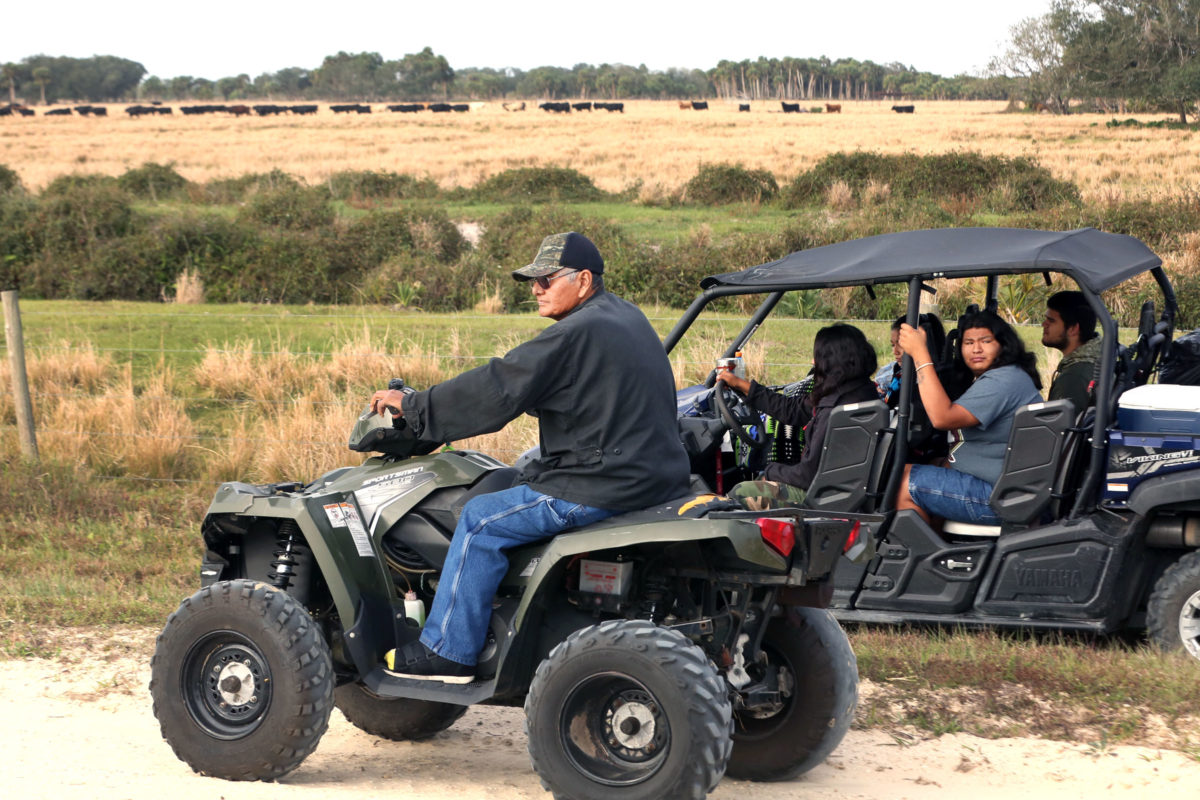 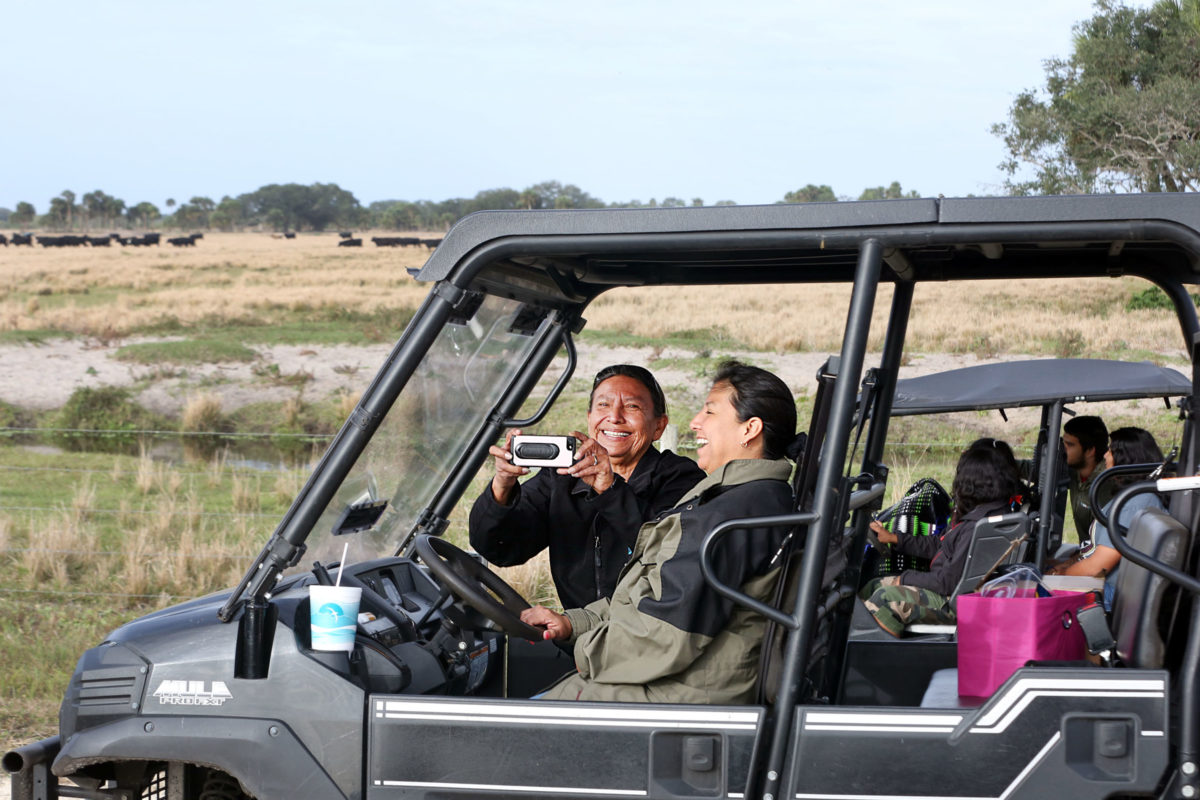 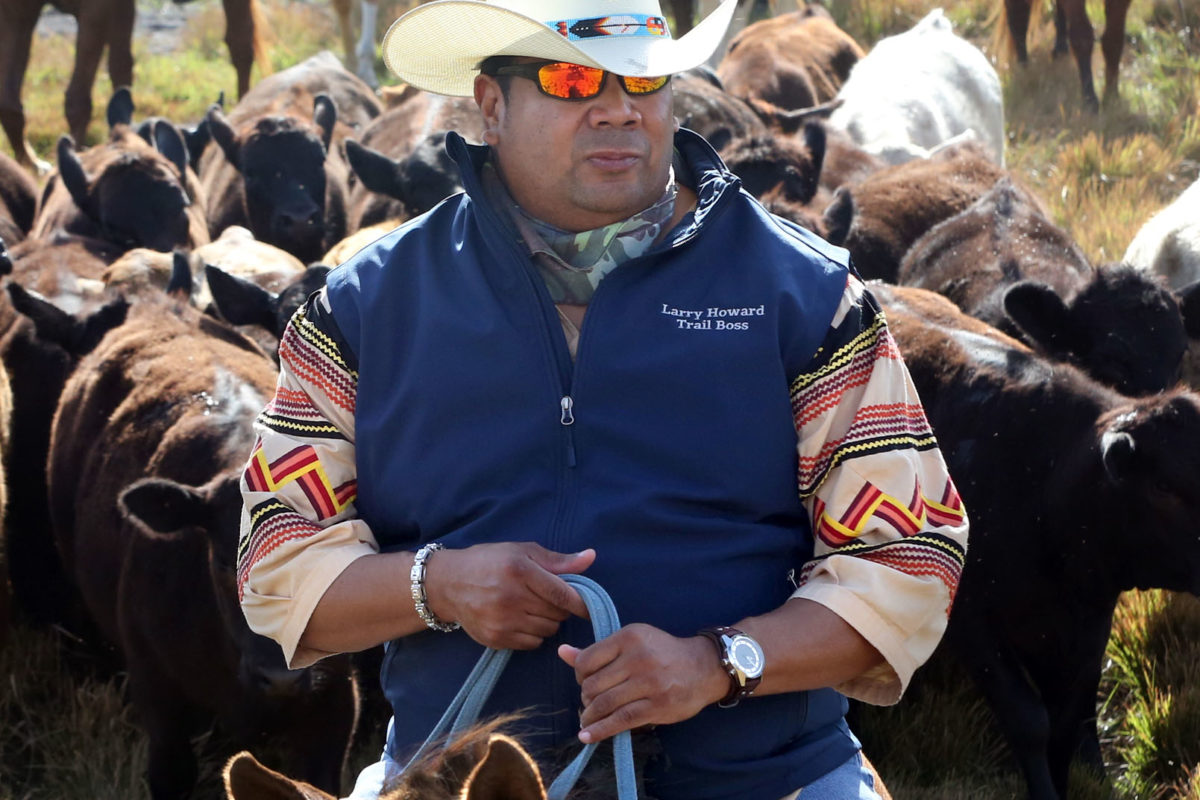 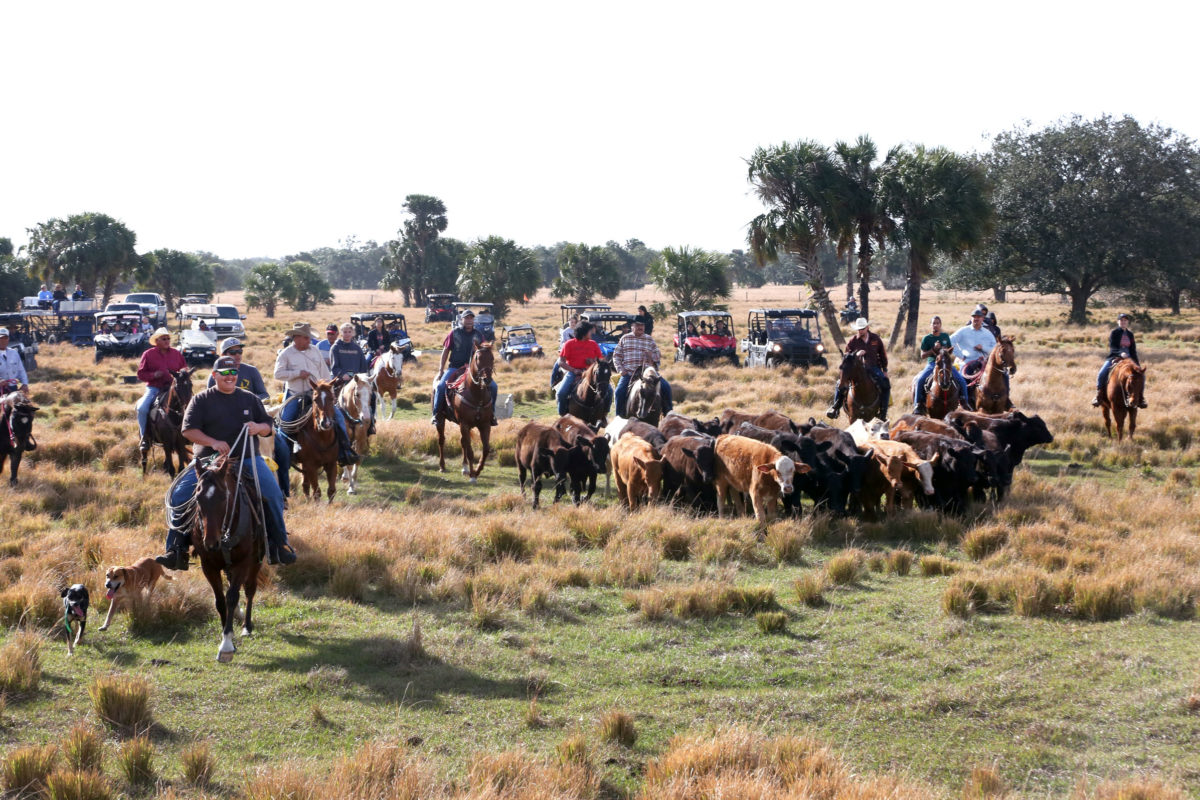 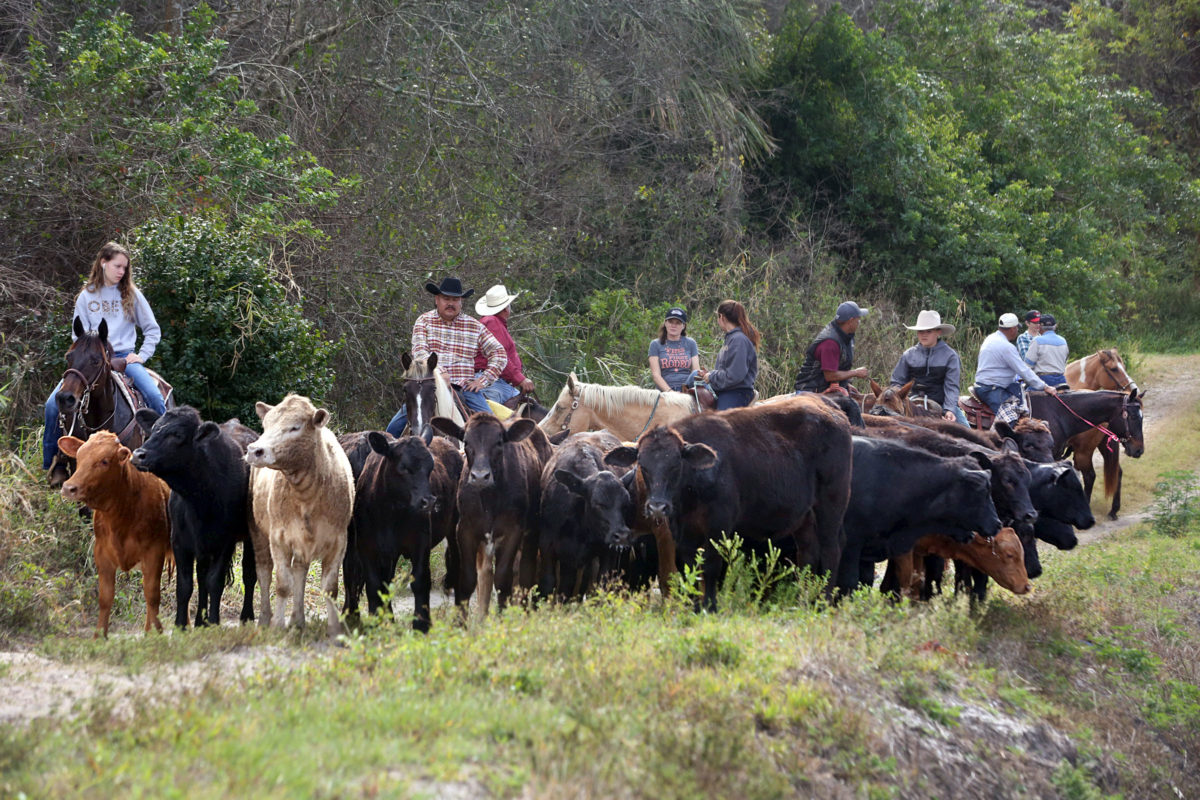 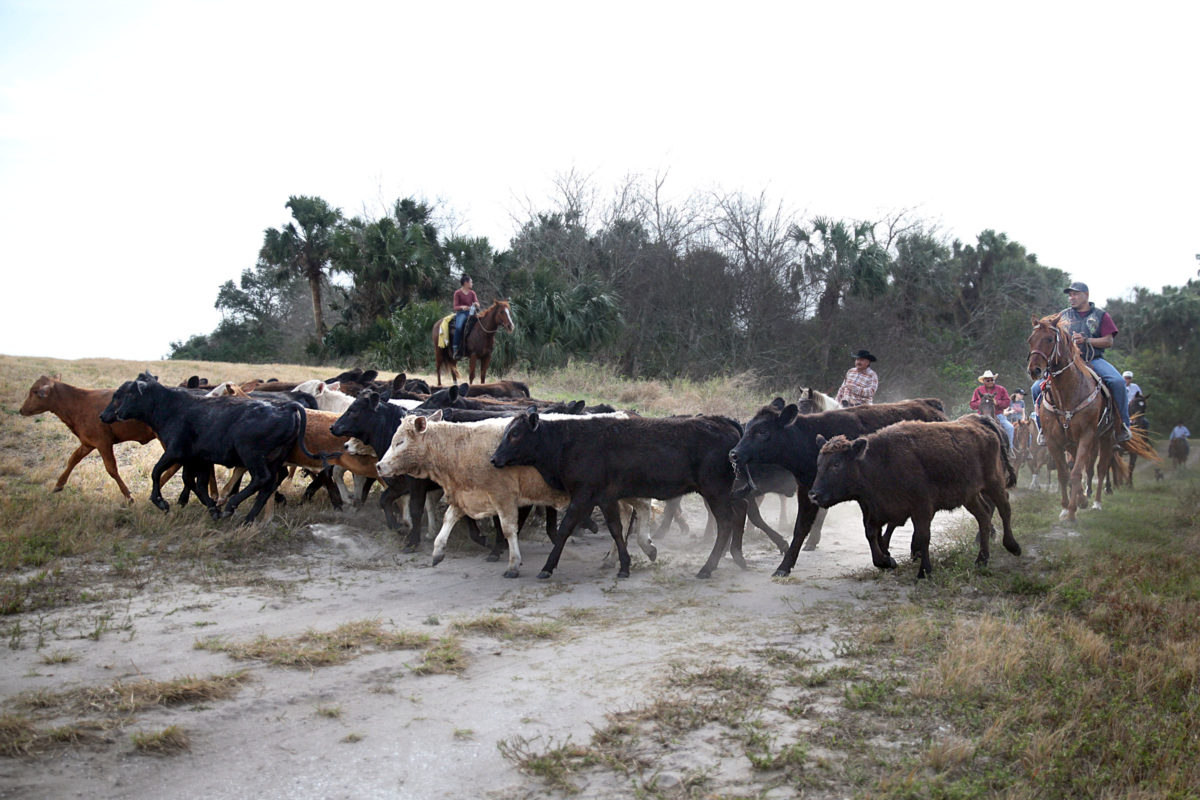 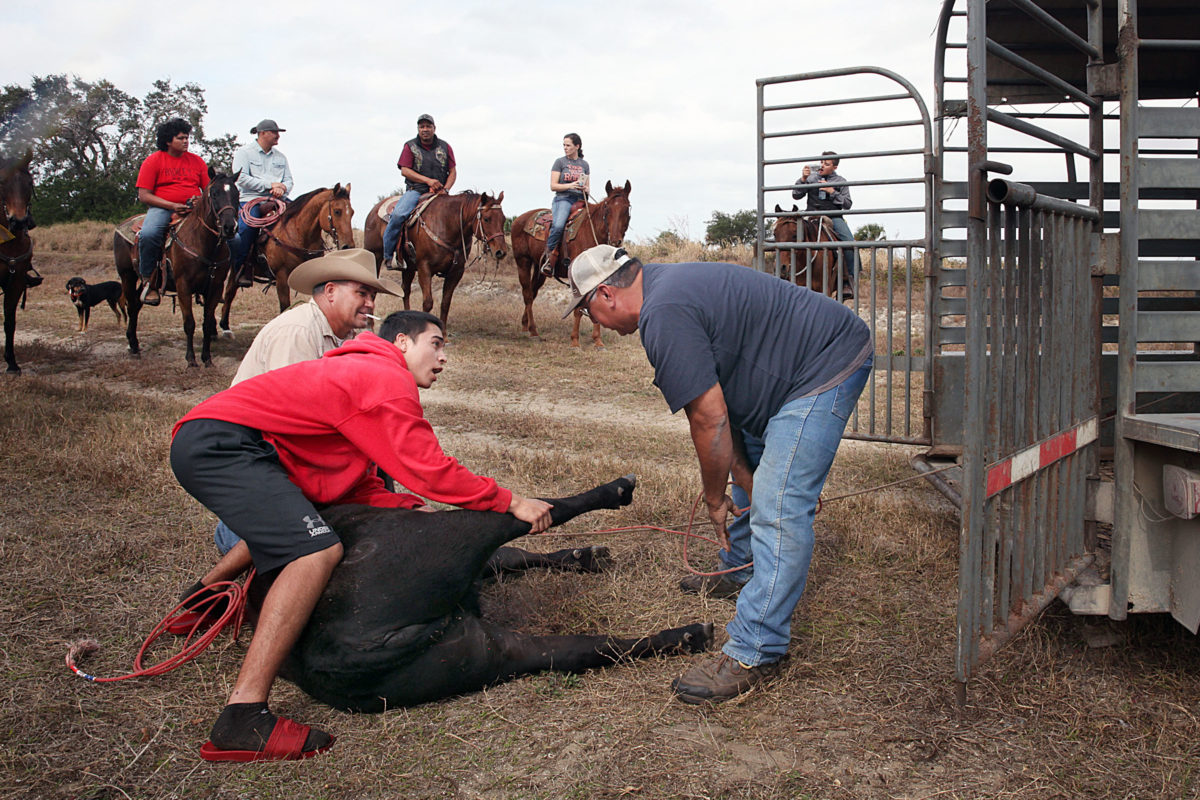 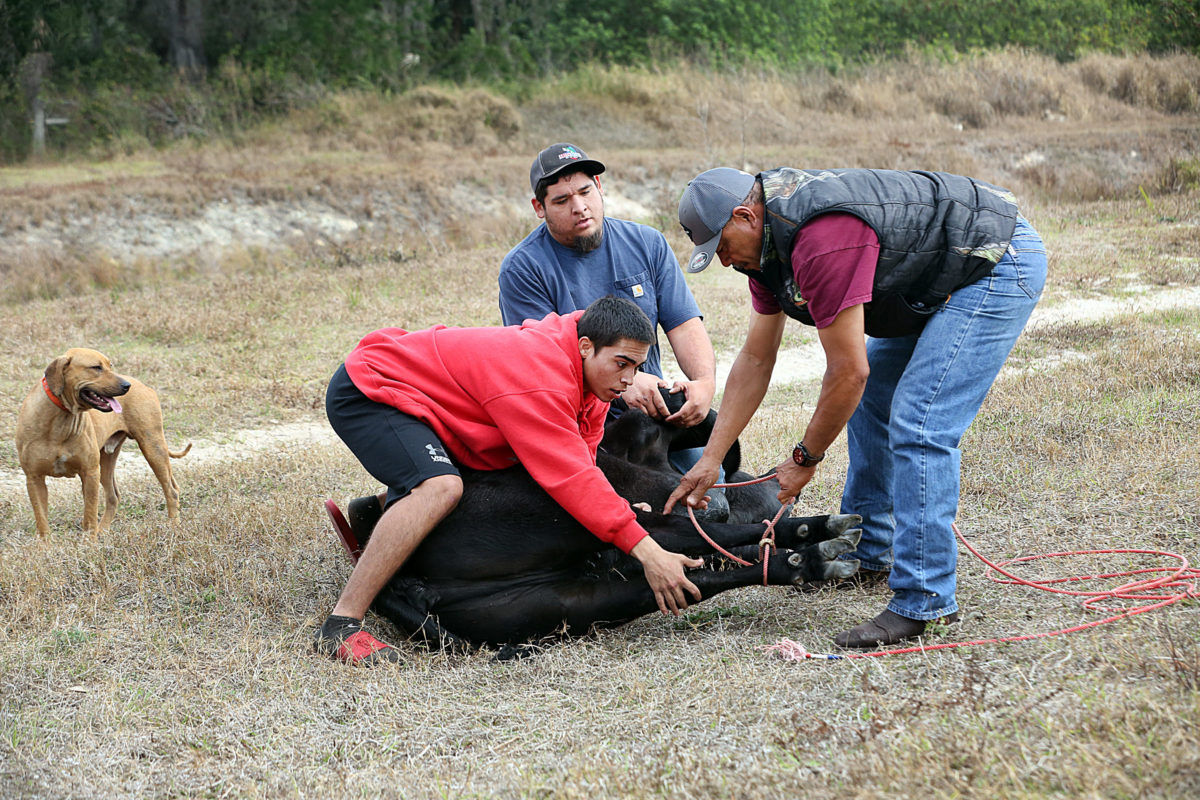 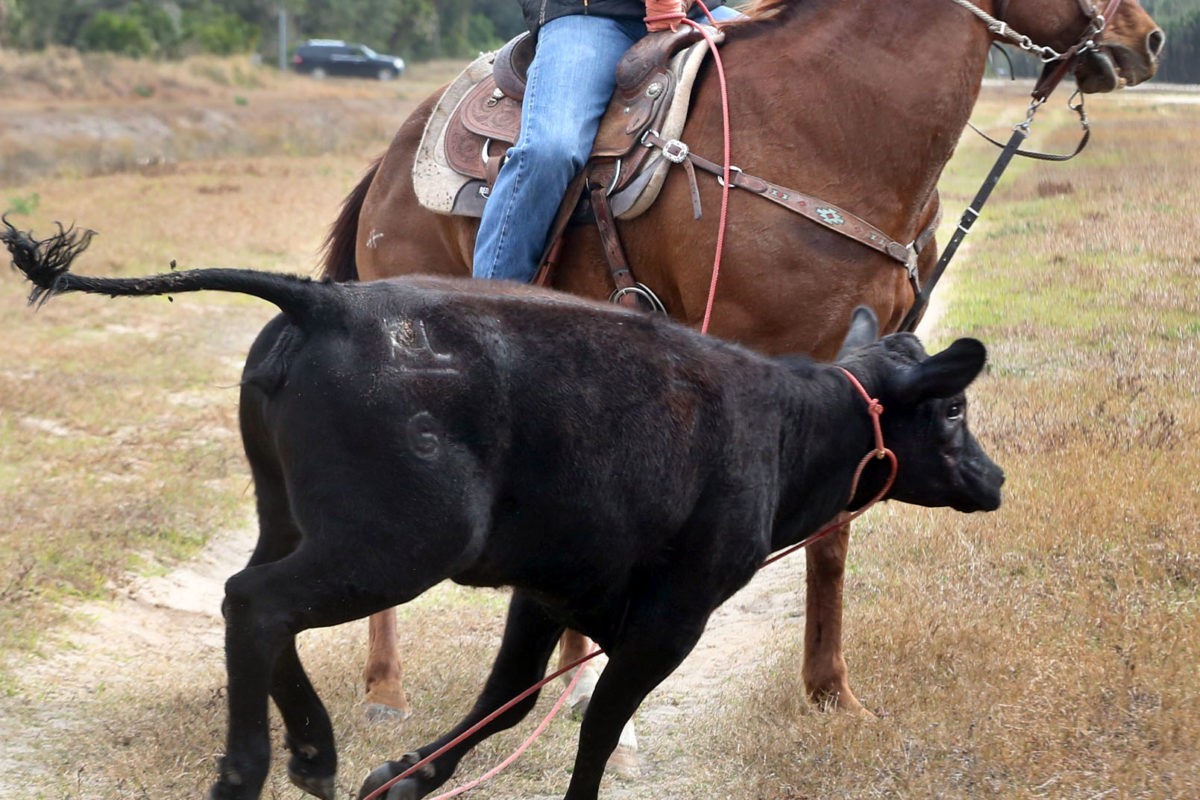 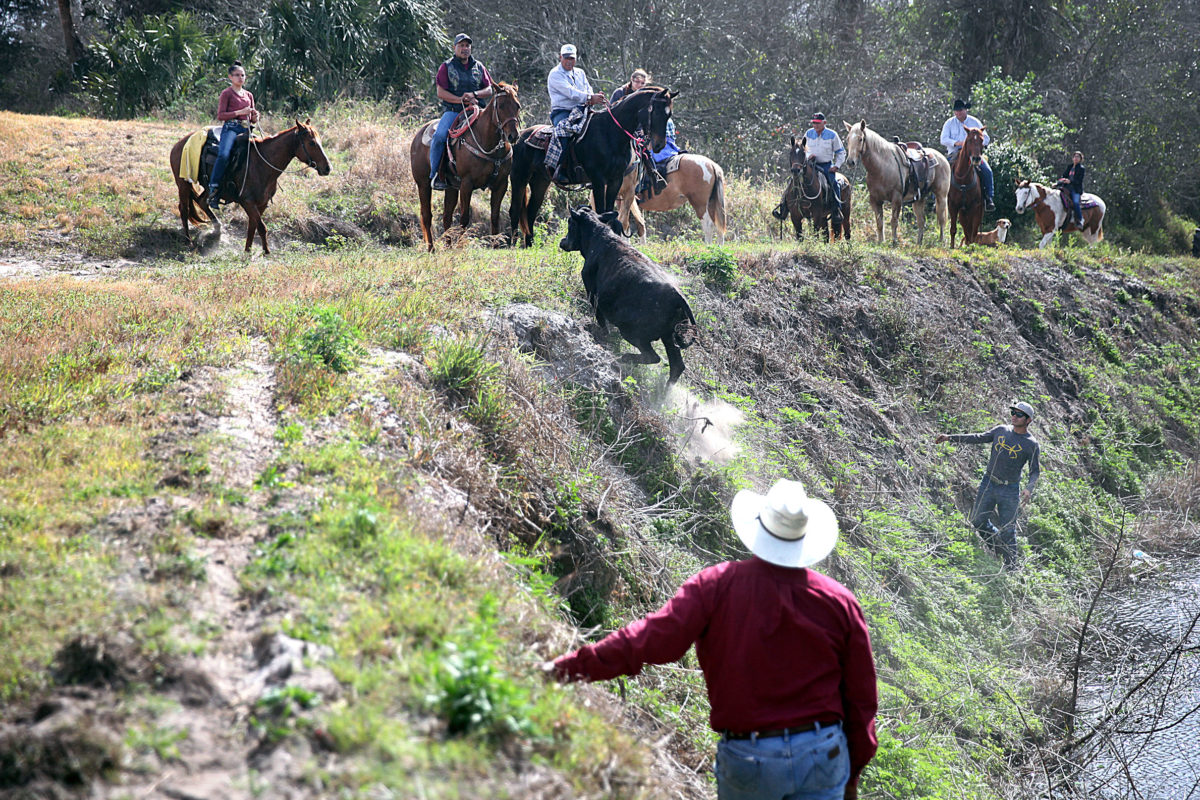 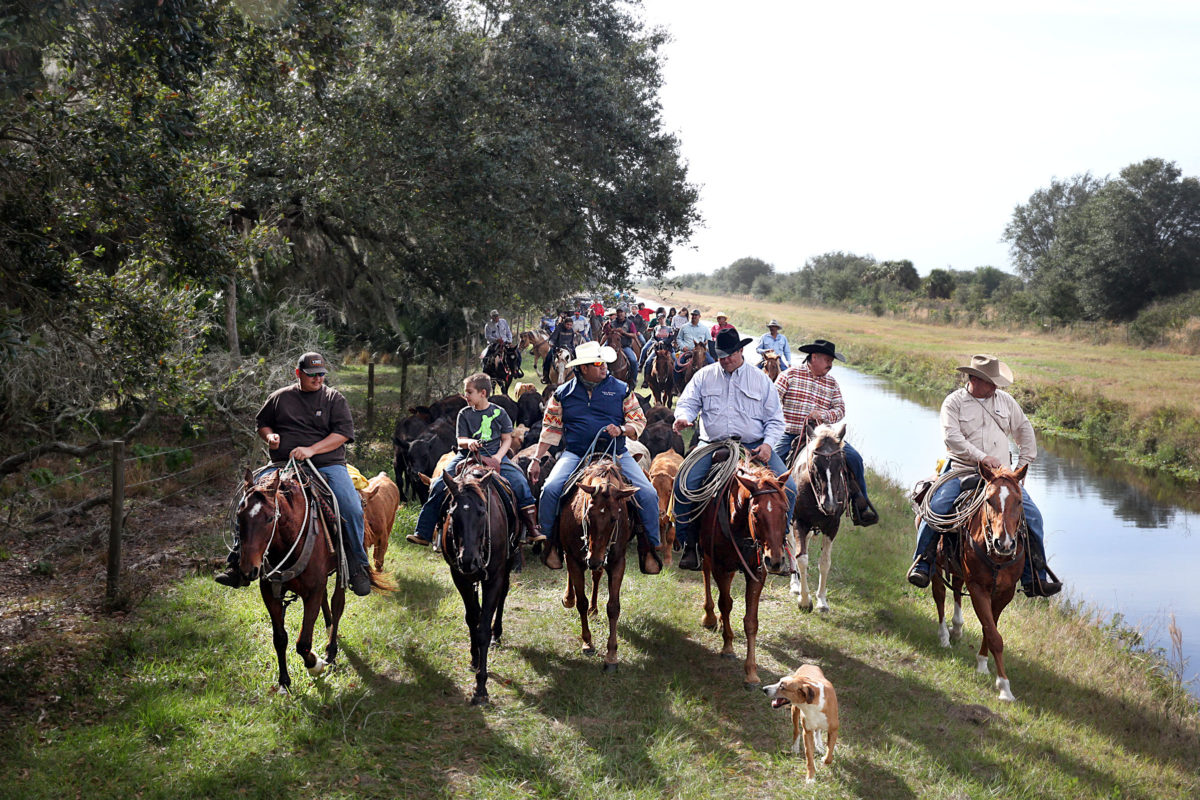 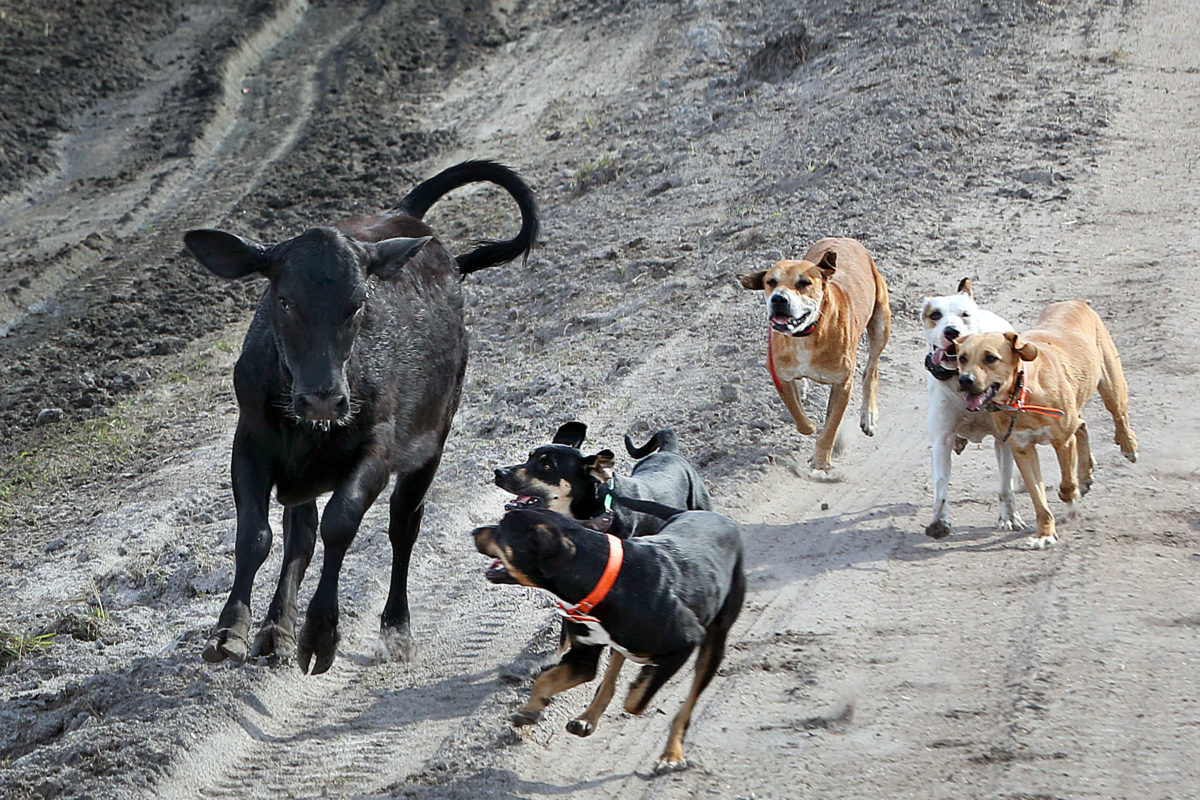 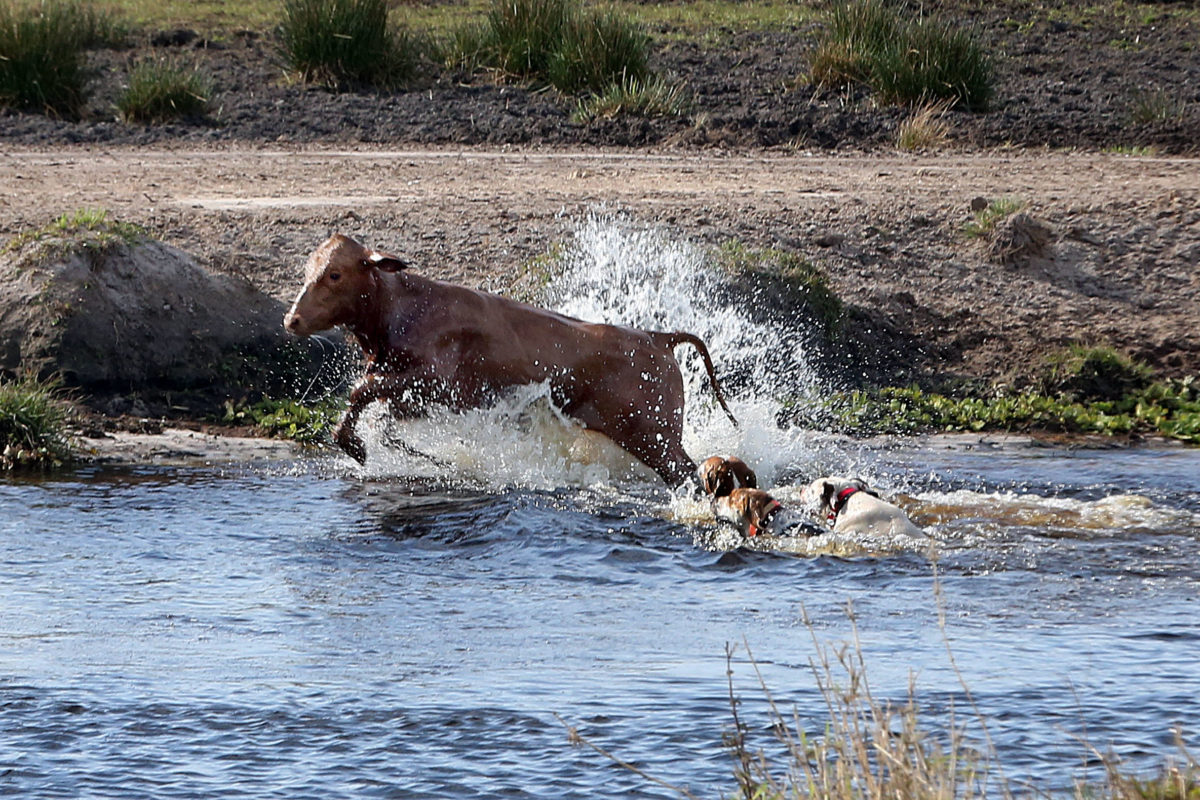 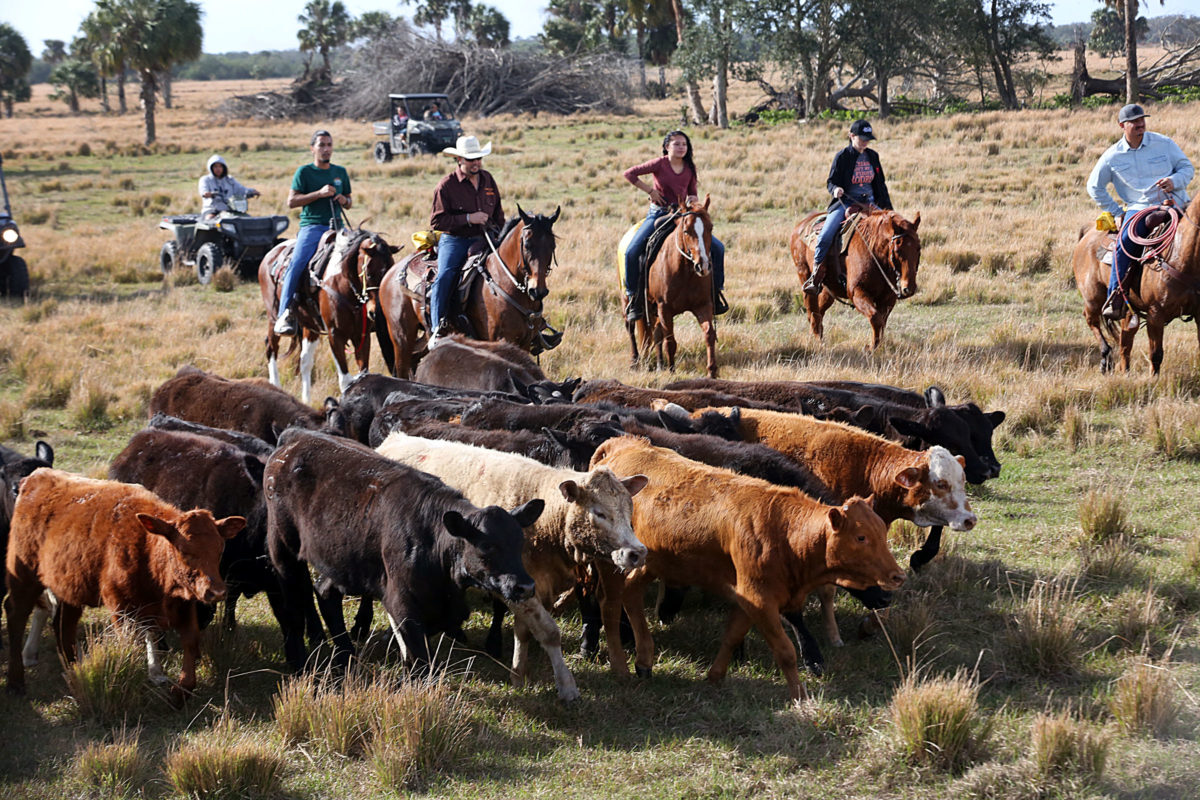 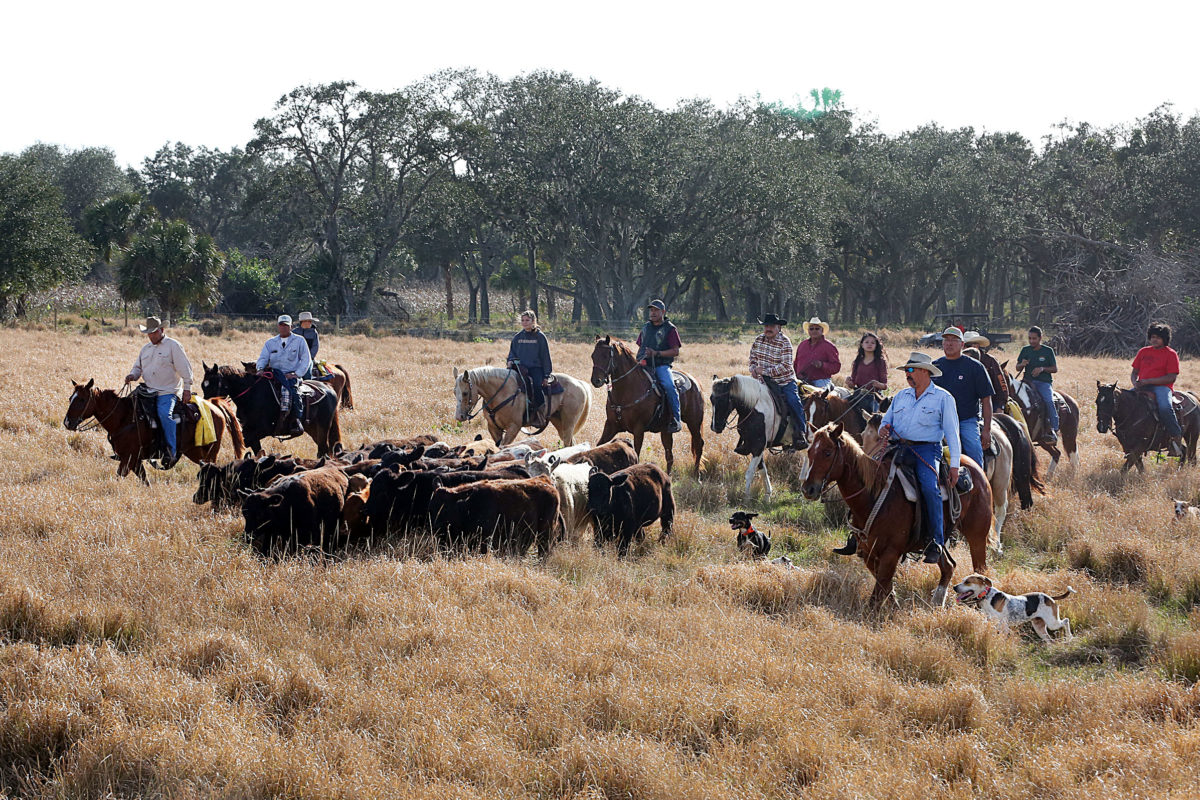 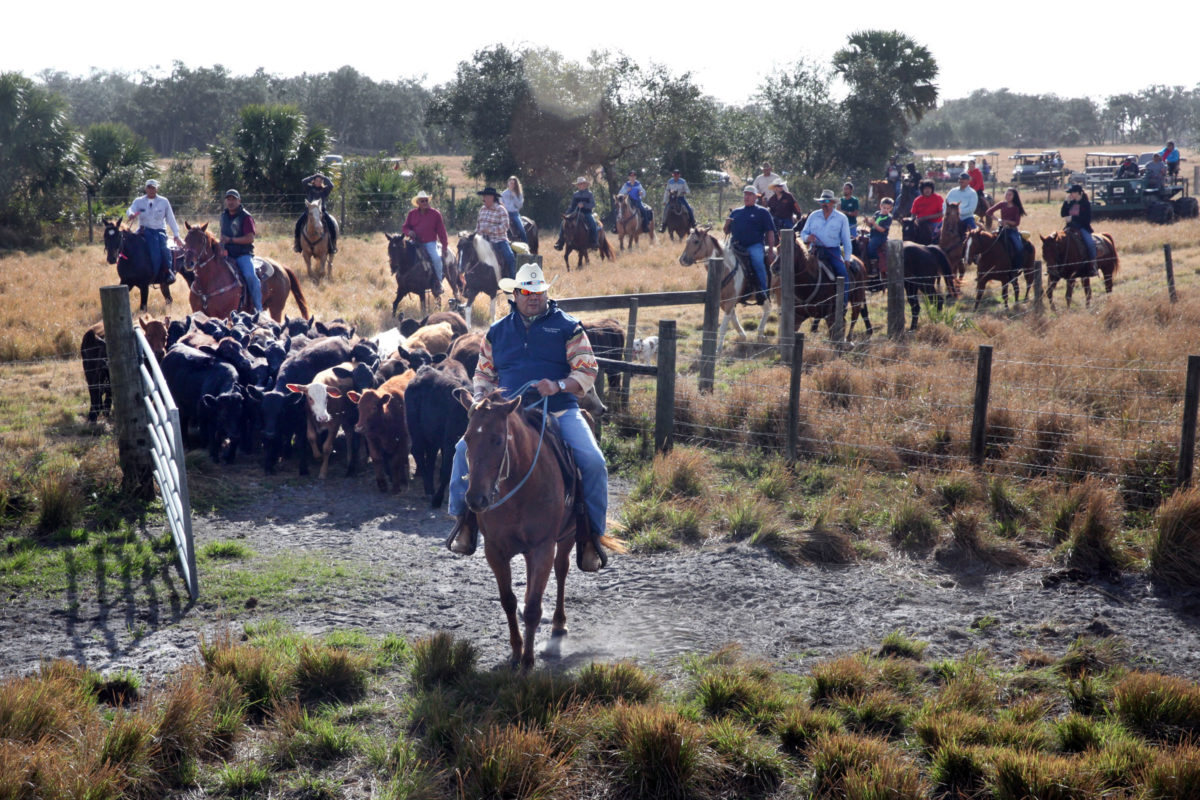