Skip to content
You are here
Home > Community > Seminole Princesses of the past: Where are they now? 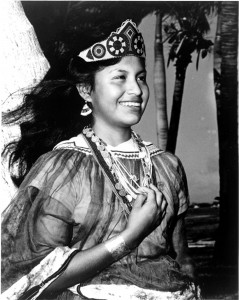 The Miss Florida Seminole Pageant has played an important role in the lives of young Seminole women since 1957, when the Tribal Council appointed Connie Gowen the first Miss Seminole. Since then, 51 women have held the Miss Seminole title after being selected by a panel of judges.

Each woman selected serves as the official ambassador and role model for the Tribe during her reign. With the theme of this year’s pageant being “Unconquered Seminole Women: Leading by Example,” past Miss Seminoles who attended reflected on the impact that the crown had on their lives and what they have accomplished since their reign.

For many, the experience gave them insight into their culture and inspired long-term careers within the Seminole Tribe.

Connie Gowen, the first Miss Seminole in 1957, set a foundation of what the Tribe expected from the official ambassador.

At 21, Gowen was already setting an example for fellow Tribal members by working in a dress shop in West Palm Beach and by being an active community member. Currently, she is a committed official Princess Committee member and has worked as a successful seamstress making traditional patchwork and Seminole arts and crafts. In addition to providing the judges’ gifts for the pageant, Gowen is the unofficial “backstage mom,” helping the contestants in any way, whether it is a missing safety pin or answering a Tribal-related question.

In 1964, Priscilla Sayen had the opportunity to serve as Miss Seminole after being appointed by resolution. While holding the title, Sayen represented the Seminole Tribe in the Miss Indian America Pageant, where she placed third runner-up.

“I felt honored to hold this title,” Sayen said by email.

Before becoming the secretary/treasurer in 1979, she held positions for the Bureau of Indian Affairs, the U.S. Public Health Service and Indian Health Service. Her reign as Miss Seminole encouraged her to work for the Seminole Tribe, and she has now served as the secretary for the Tribal Council for 33 years.

For Princess Committee Chairwoman Wanda Bowers, being crowned Miss Seminole was a dream after watching non-Tribal pageants, such as Miss USA and Miss Universe.

Being one of the few women to hold the title twice, in 1968 and 1969, Bowers said, “I wanted more. I remember going to a place like Dairy Queen, and I couldn’t order because I was Indian. I wanted to show people and promote who [the Seminoles] really were.”

Bowers did just that and pursued an education at Haskell Indian Nations University until she returned to Hollywood after the passing of her mother. Since then, Bowers has worked in several departments within the Seminole Tribe.

“I always wanted to work for the Tribe,” she said. “I started when I was 15.” Bowers has worked in her current role as the office manager to the Tribal Secretary’s Office for 19 years.

Serving as Miss Seminole in 1994, Carla Gopher attended Florida State University and became the first Seminole Tribal member to graduate from the university in 1996 with a bachelor’s degree. Furthering her education, Gopher also received her Master of Business Administration degree from the University of Tampa. Presently, Gopher is the director of Finance for the Brighton Seminole Casino.

“It has allowed me to be included into the sisterhood of distinguished and beautiful Seminole women who have each in their own way contributed to the betterment of the Tribe,” she said via email. “I continue to try to lead my personal and professional life in a way that represents and respects the integrity and honor of the Seminole Princess.”

Another Florida State University graduate, D’Anna Osceola, was attending the university in 2008 when she decided to compete for the Miss Seminole title.

“I was always being asked to compete,” she said. “I was in college and wanted to wait till I was prepared. It all came together, and I knew I was ready to dedicate my time to the Seminole Tribe.”

Holding the title of Miss Seminole gave Osceola the opportunity to meet and experience different cultures, as well as share her own culture with the Native world.

“I’m very honored and lucky that I got to see other Tribes and how ambitious they are,” she said. “It was a great experience.”

Osceola graduated from Florida State in 2009. Now volunteering her time, she is also looking to continue her education with a master’s degree in school counseling in the spring of 2013.