BRIGHTON — About 50 Pemayetv Emahakv Charter School students got an inkling of what the scientific method of discovery is all about during the school’s four-week summer science program.
The program focused on fun with plenty of hands-on experiments, but it also snuck in additional learning through journal writing, data collecting and discussing the process. It was the school’s second year hosting a summer program and the first to concentrate on science.

“We want them to learn the scientific method because it is something they need to apply by the time they take the Florida State Assessment fifth-grade science test,” said instructional coach Vicki Paige. “The kids love the involvement, the messier the better.”

Students donned aprons and safety goggles and tackled the tasks with gusto. Some experiments worked well, others took some extra effort, and one, the snake, was an abject failure. Hayes filled a bucket with sand, added the sugar/baking soda mixture on top. She doused it in lighter fluid, lit it and voila.

It burned, but didn’t create the wriggling black snake it was supposed to. Hayes told the students that she may have gotten the measurements wrong. Regardless, it was another learning experience.

“That’s science,” she said. “Sometimes experiments don’t work the first time and you have to try again.”

After the failed experiment, they went back inside the library and talked more about the scientific method and ate cake. While they were enjoying the treat, Hayes showed them some library books with more scientific experiments they can do at home with their parents.

“Tell your parents to come and get these science books,” Hayes said. “And read, read, read.”

Science wasn’t the only subject on the agenda during the PECS program. Students set their own reading goals and read daily for 15 minutes in class. Teachers helped them log their time for the school’s Just Read Florida summer reading requirement. 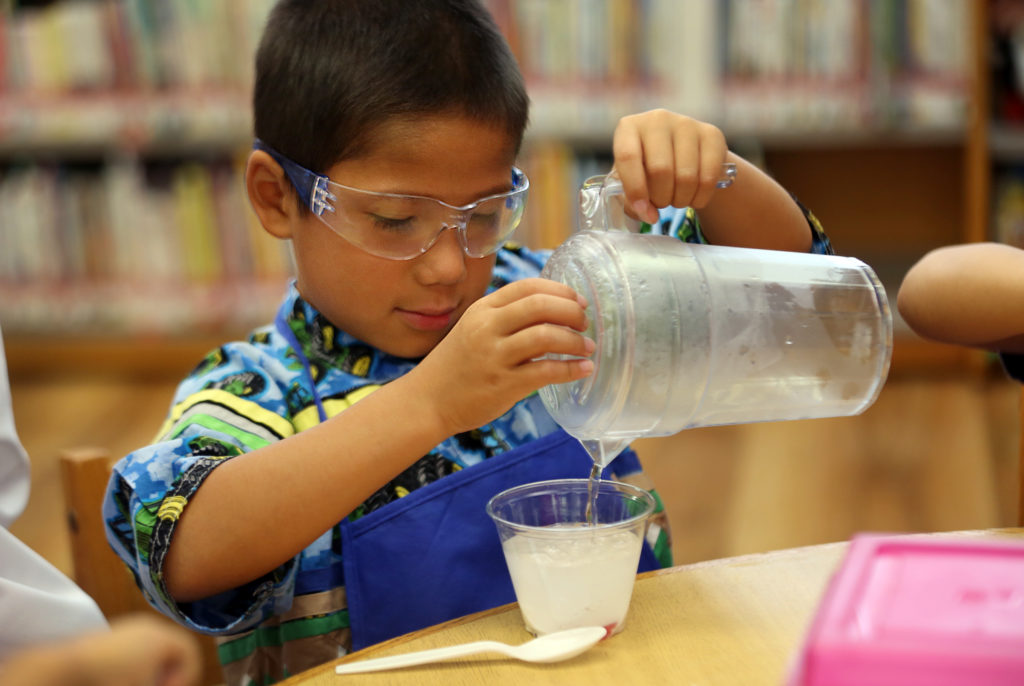 Interactive experiments were done in the classrooms, along with reading and writing. Encouraging the students to talk about the science was an important component of the lesson. After each experiment, students and teachers discussed it to ensure they all understood.

A group of first-graders made colorful slime and then put it inside uninflated balloons to create stress balls.

Some third- and fourth-graders learned about density before they could conduct an experiment. They had to predict which candies would float and which would sink in a cup of water. They learned an object will float if it is less dense than the water and sink if it is more dense.

Paige instructed the students to write down their predictions before the experiment commenced.

“As scientists we record and collect data,” she said. “We’ve been doing that all summer in our logs. Part of scientific learning is you 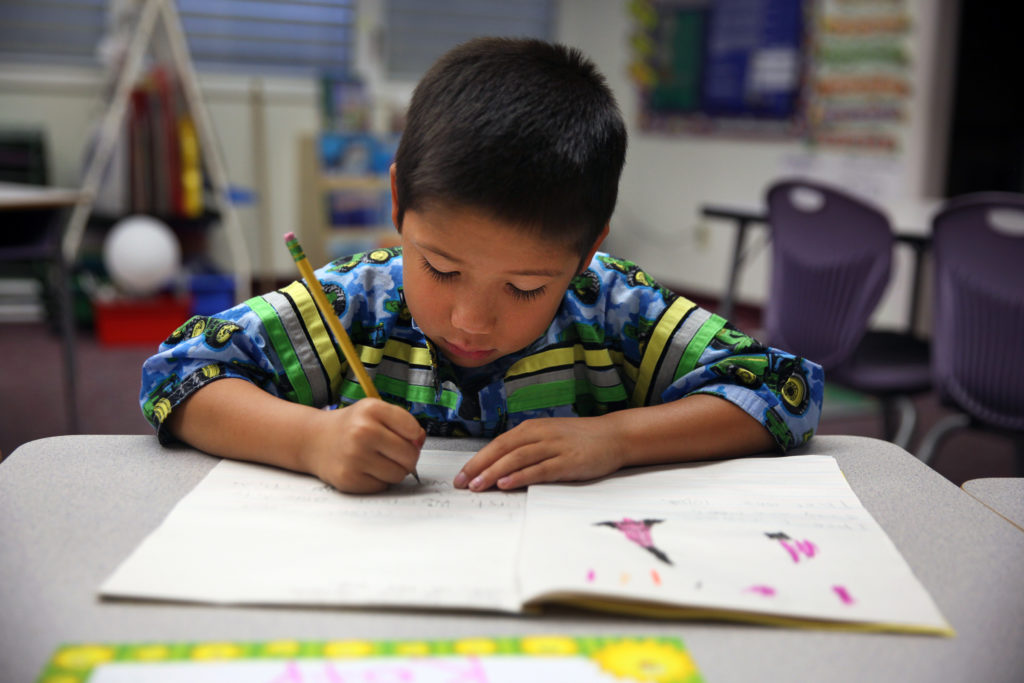 aren’t always going to be right.”

Clipboards in hand, candies were tested one by one. Peppermints, Smarties, Starburst, Twizzlers, gummy bears and more all sank to the bottom of the cup. Only a gumball floated and as it did, the outer coating of sugar dissolved. Students diligently recorded the data and compared it to their predictions. Right or wrong, they were all rewarded with a piece of candy.

“Students found out that science doesn’t always turn out how you expect it to,” Paige said. “They have to understand that’s how we learn. The teachers also enjoyed the program and we hope to get even more students next year.”