The only thing that prevented PECS from a perfect record was a one-point, double-overtime loss to Osceola early in the season.

“That team there is a thorn in my side,” said PECS coach Tim Thomas. “First game, double-overtime. Second game, we only beat them by two, so we kind of picked up the defense on this one. We didn’t want to leave them any chance of sticking around and hitting a last-second shot on us.”

PECS delivered a championship victory for its coach in his final game. Thomas has led the team for eight years, including a perfect 15-0 squad in 2012-13 and last season’s team which won the inaugural Around the Lake tournament. He said he has decided to step aside and assistant coach Jewel Buck will take over.

“Jewel is going to step in and she’ll do a good job,” Thomas said.

PECS reached the title game thanks to a 37-30 win against Yearling in the semifinals. The teams were knotted at 25-25 through three quarters before PECS pulled away in the fourth behind four points from Micco, three points from Harris, a 3-pointer from Baker and two points from Karey Gopher. Baker finished with a game-high 15 points with other contributions coming from Harris (8 points), Micco (7) and Gopher (4).

As for the six eighth-graders, the championship game was also their final middle school game. So it was fitting that coach Thomas, his wife Sherie, who is also an assistant coach, joined Baker, Harris, Gopher, Micco, Thomas and Kayln Hammil for photos with the conference trophy at midcourt as they all departed as winners.

“Another banner on the wall,” Harris said. 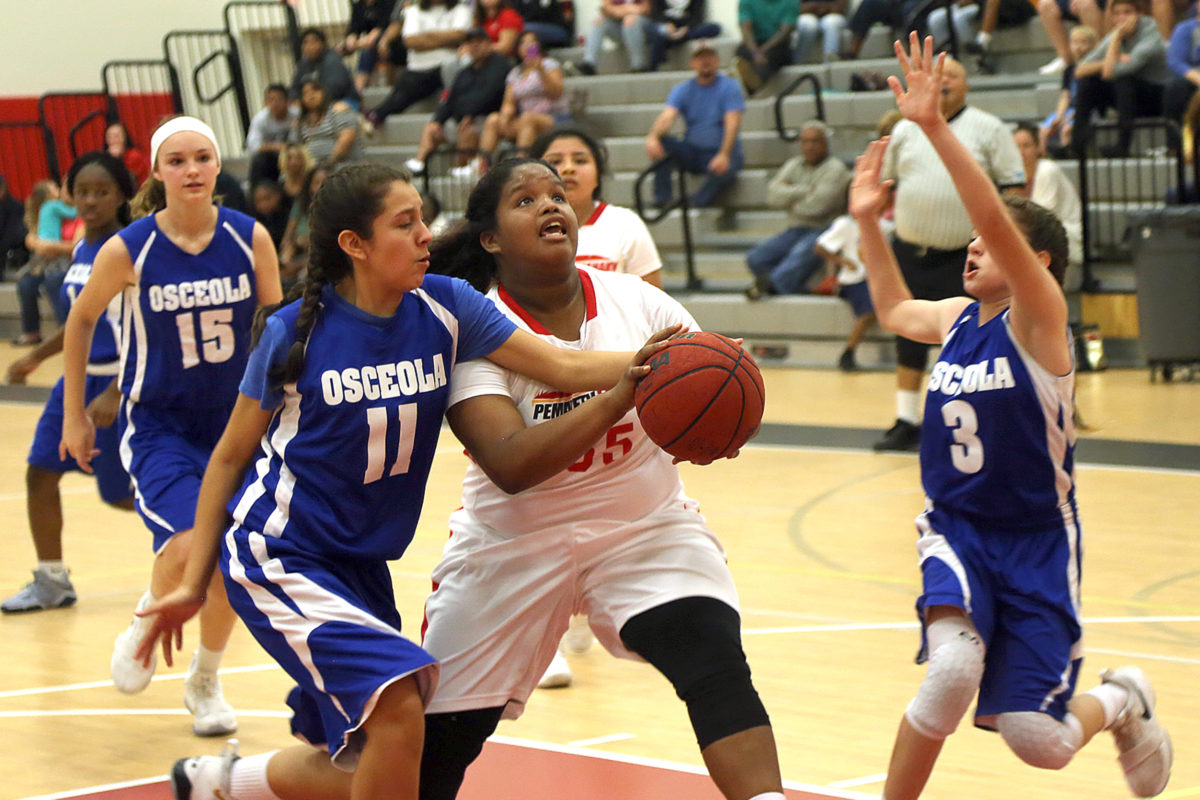 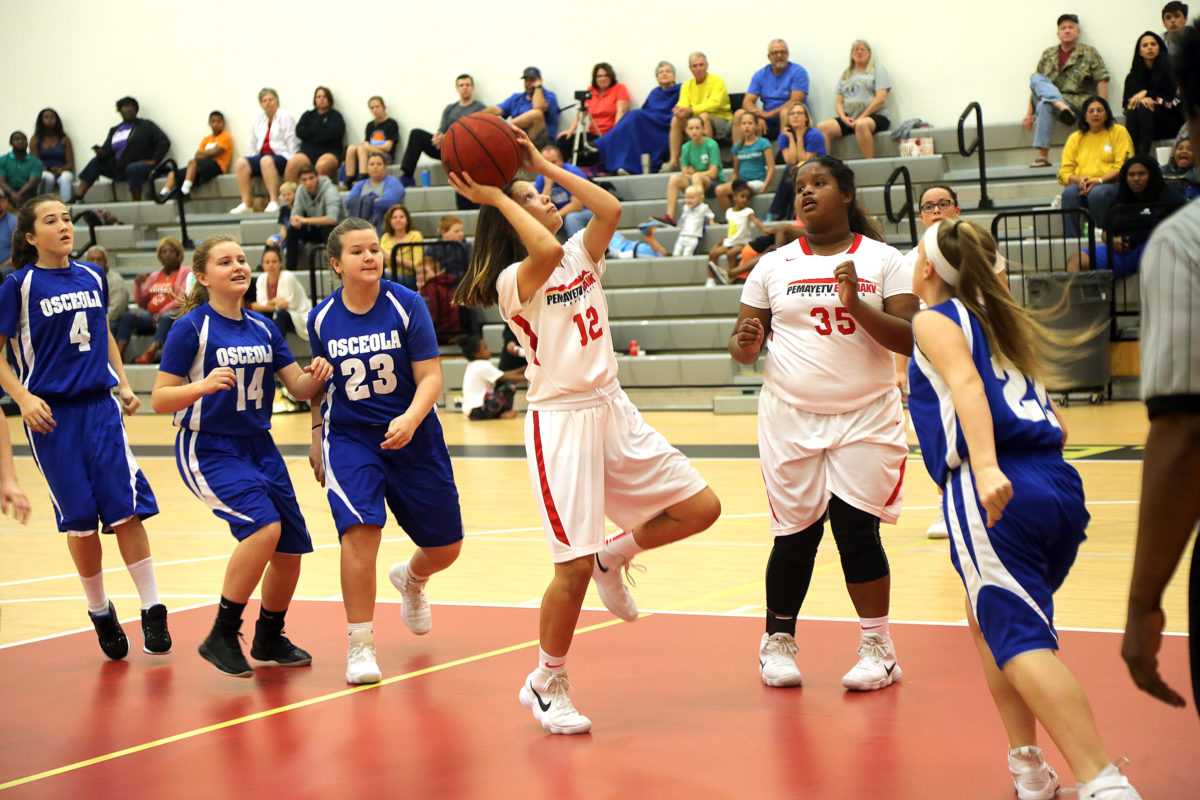 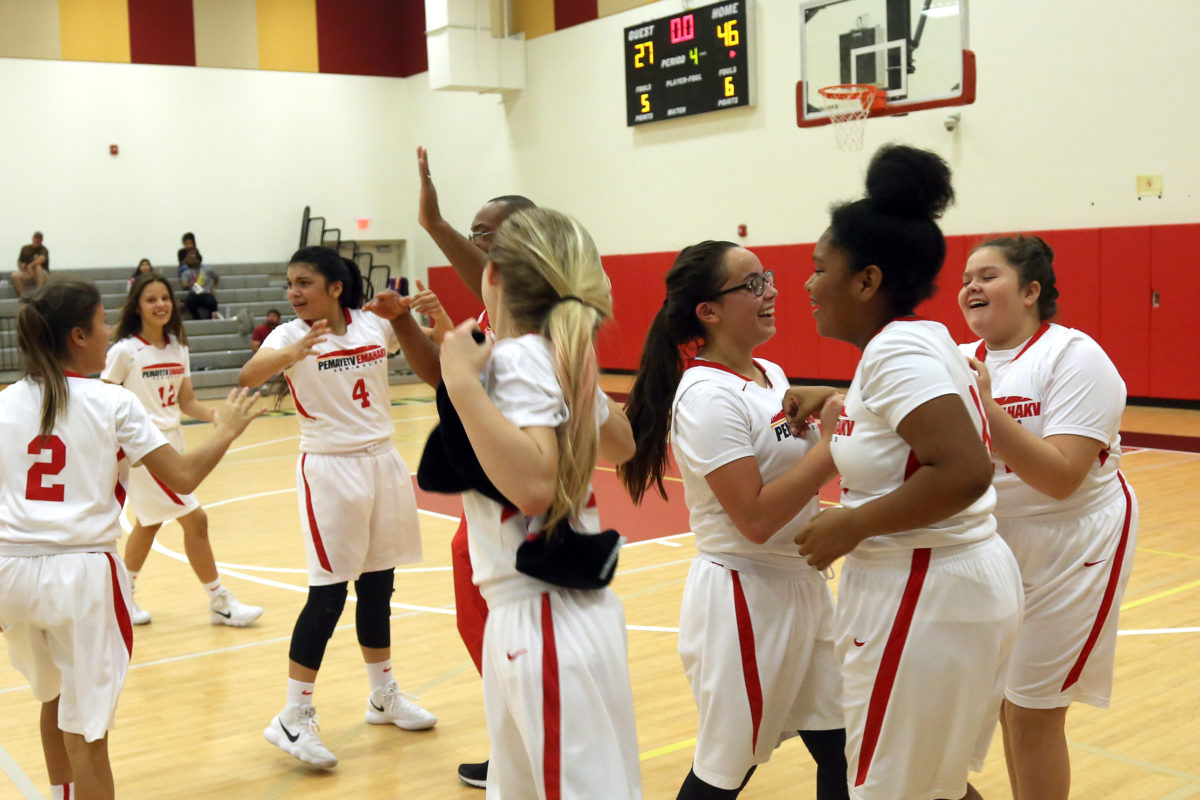 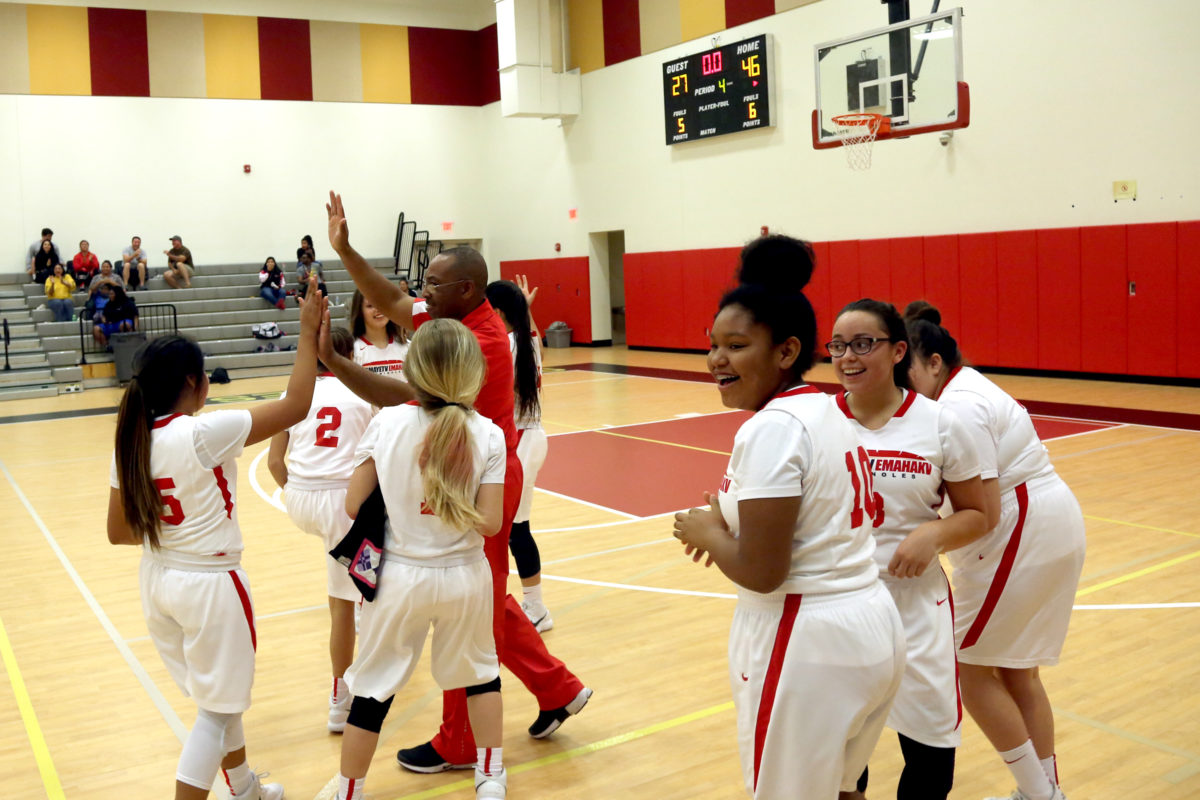 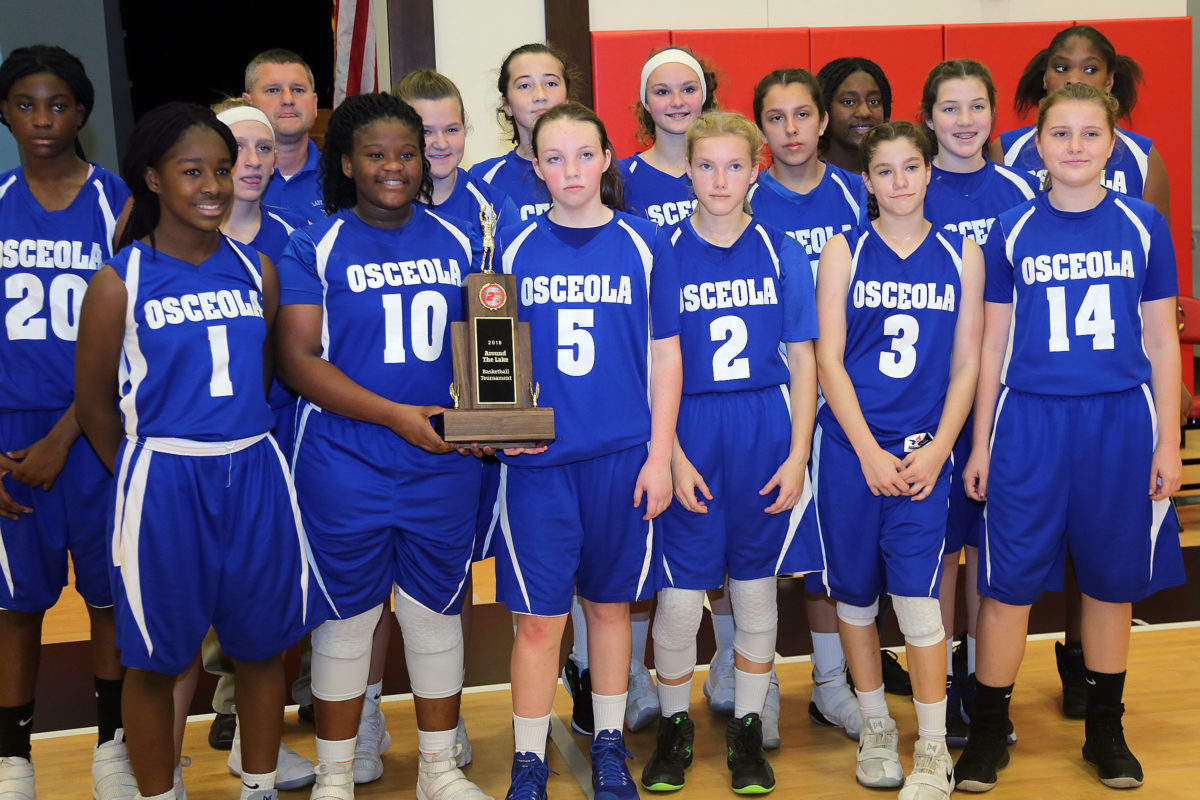 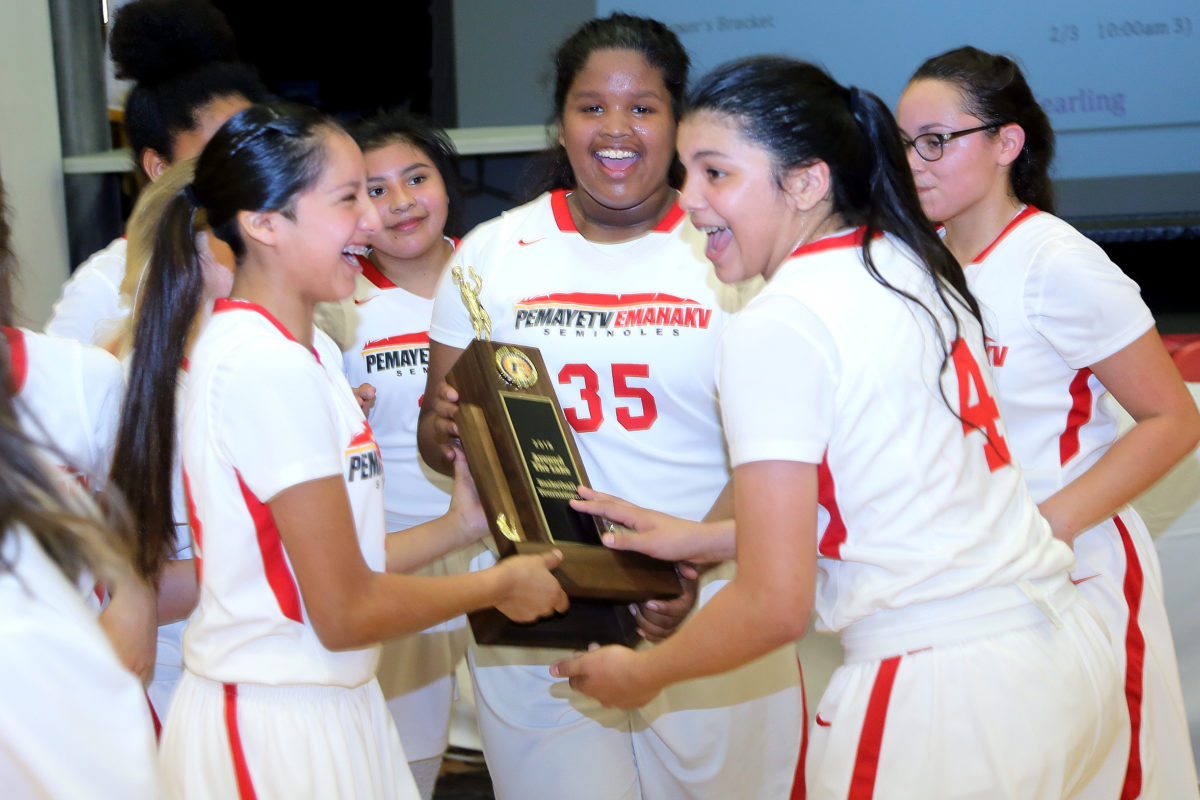 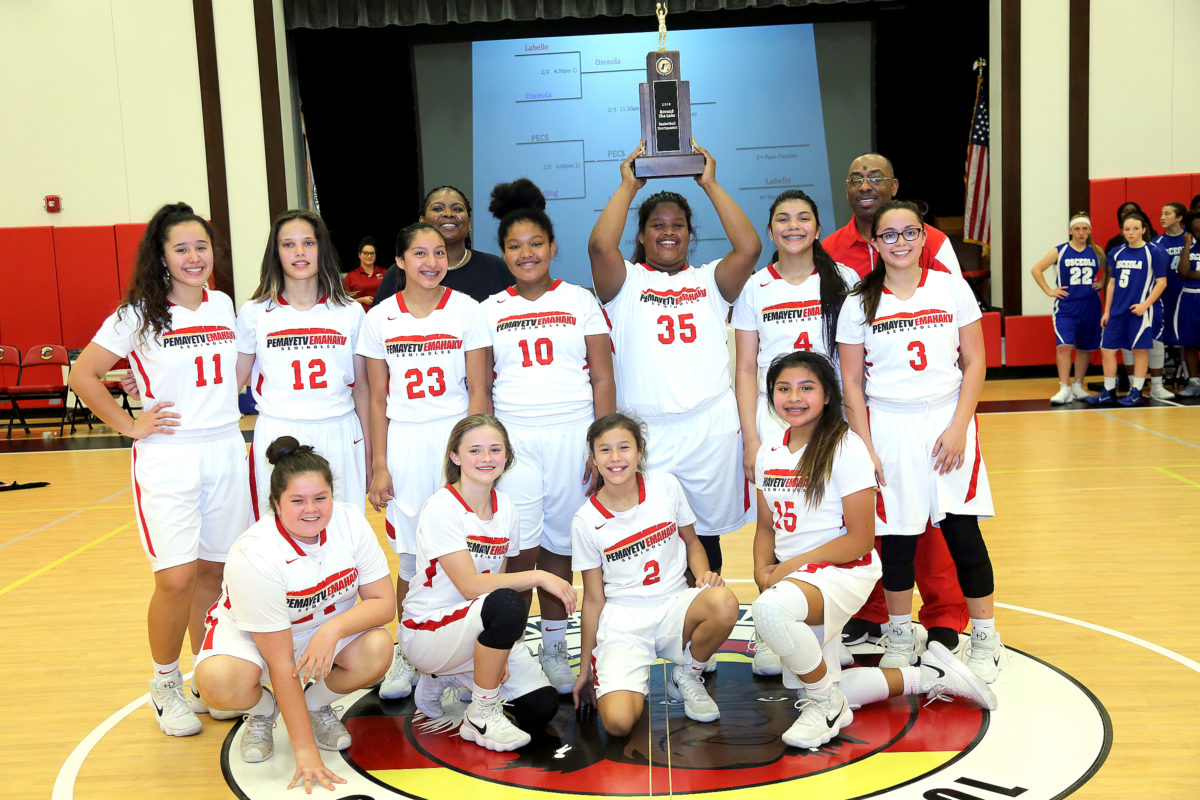 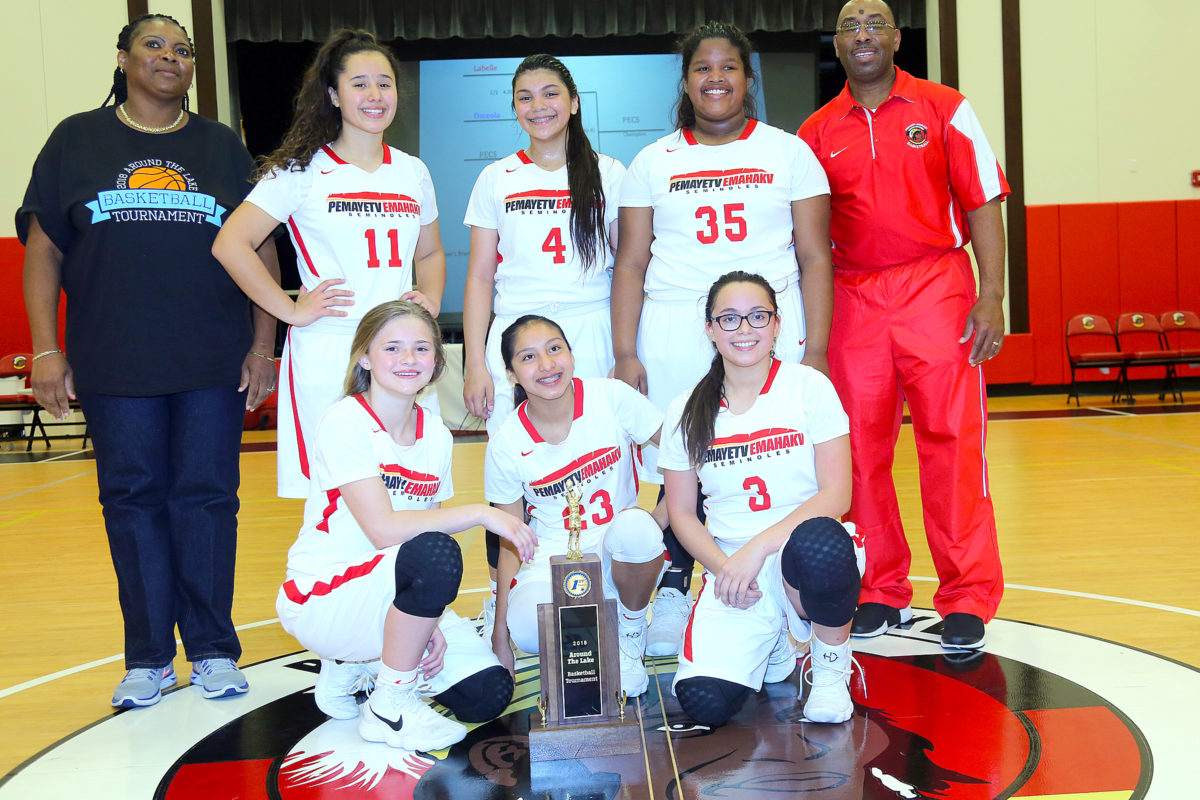 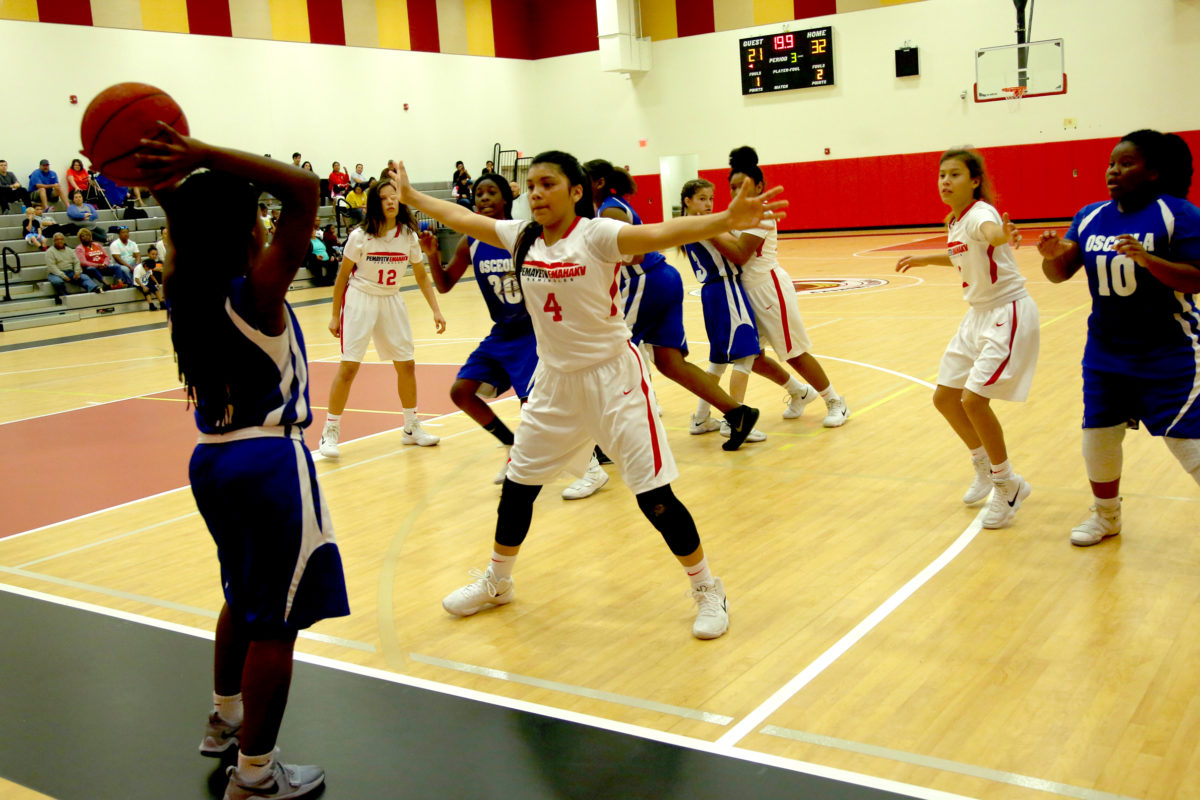 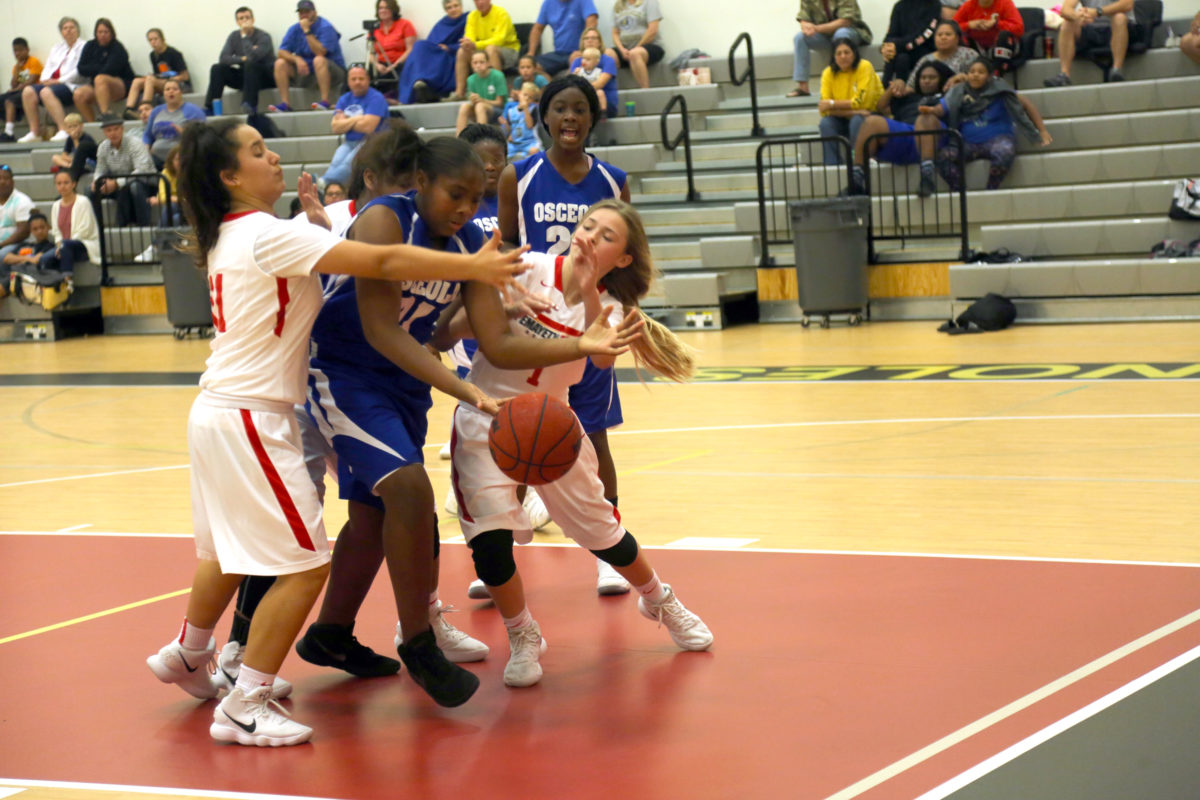