DAVIE — Wherever she has played basketball – from Seminole teams to American Heritage School to travel ball – Skyla Osceola has always been regarded as a smart player with exceptional court awareness skills and knowledge.

Now Osceola has carried her hoop intelligence to the next level, which, for the former South Florida prep standout is as a freshman point guard for NCAA Division II Nova Southeastern University in Davie, only five miles from the Hollywood Reservation where she grew up.

The transition from high school ball to the college ranks has been smooth for Osceola.

Osceola’s ascension has been rapid, not only on the team but in the conference. As of mid-January, she led the team in assists and was fifth overall in the Sunshine State Conference.

“It’s because she has such a high basketball IQ. She always makes the easy pass and we really appreciate that about her in our system because we’re very much about keeping it simple, making sure you make an easy pass,” Freeland-Curry said.

Not only has Osceola been among the SSC’s top dishers of the ball, but she’s been doing it with few hiccups. As of Jan. 15, she was No. 1 in the conference in assist-to-turnover ratio, a statistic that serves as evidence that a player is making good decisions with the ball and handles it efficiently.

“She’s at 3-to-1. Great point guards have a 3-to-1 assist-to-turnover ratio,” Freeland-Curry said.

Osceola said being a distributor is an aspect she takes pride in.

“I just always know where my shooters are,” said the 5-foot-8 Osceola. “I like setting them up and I like seeing them score. I like putting [the ball] in the best position for them. It makes me happy when I see my teammates score.”

Osceola made an immediate impact on the Sharks in the team’s season opener. Her first collegiate points came on a pair of critical free throws late in a close win against Delta State.

“It was a big moment for us, and that was the first two shots of my college career, but I know God put me in a situation for a reason,” Osceola said. “I went up there and I relied on all the training I’ve been doing my whole entire life, and when it came down to it, I knocked it down and that was it. I was just really prepared for it and I knew I could make it. It was a big opportunity for me and I was glad I was able to finish the job.”

Her season highs have come against West Alabama (11 points) and Shaw (nine assists). She’s also been a factor on the boards, pulling down seven rebounds in three separate games. Having grown up in a basketball family, being such a well-rounded player seems to come naturally to Osceola.

“She very much thinks the game. Her dad Marl is an amazing coach and very much about the fundamentals. I really appreciate that a lot about her game,” said Freeland-Curry, who was familiar with the Osceolas, but had not met them before Skyla came onboard. “We just knew the family because they’re such a big name in South Florida in basketball and they’re all known for their skill and they’ve done a great job developing their children to be very skilled players.”

Osceola credits her parents with helping her in many ways.

“My dad was always my coach, but my mom (Francine) always helped, too, outside the court with controlling my emotions more and stuff like that. They really took a big part in that,” Osceola said. “Without them, I wouldn’t be the player I am today.”

Playing for the Sharks and being able to attend college close to home has all worked out in the first couple months of the season.

“They’re great teammates and they push me every day in practice, so do my coaches. They expect more out of me and I’m still developing into the player that they want me to become. I’m excited. I’m learning a lot of good things here,” Osceola said. 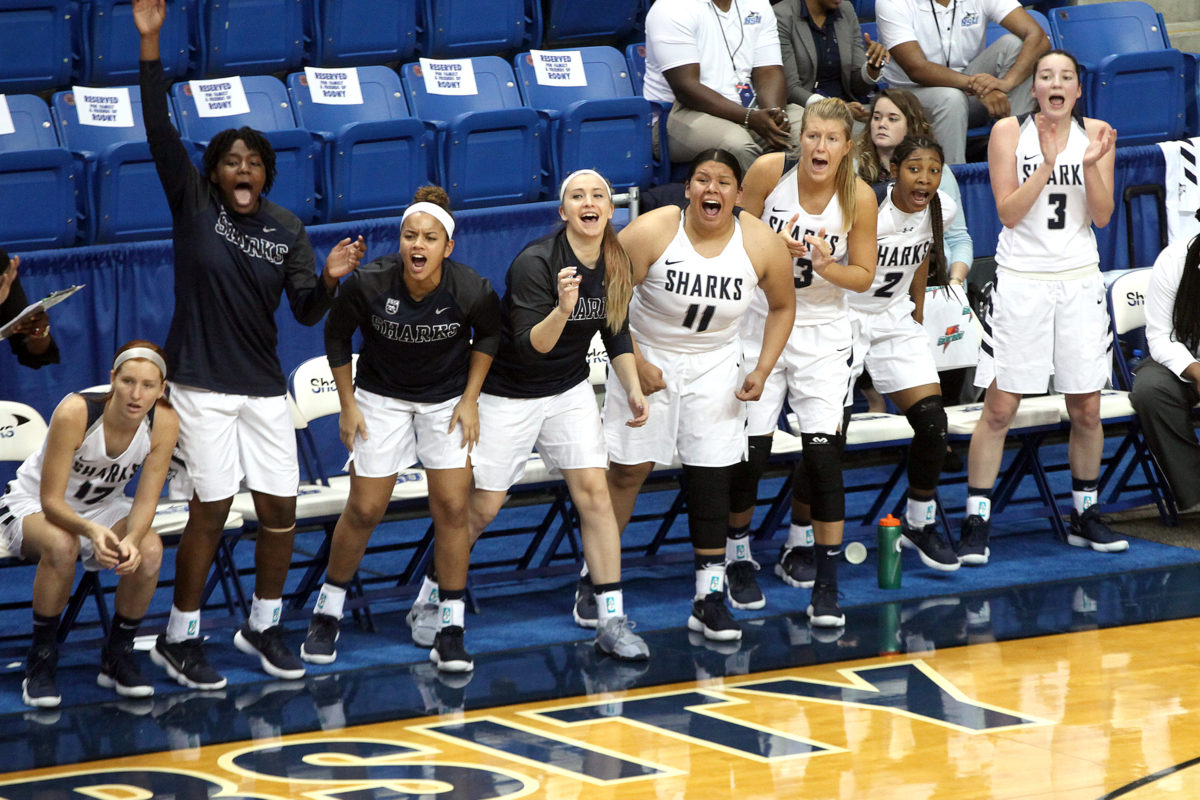 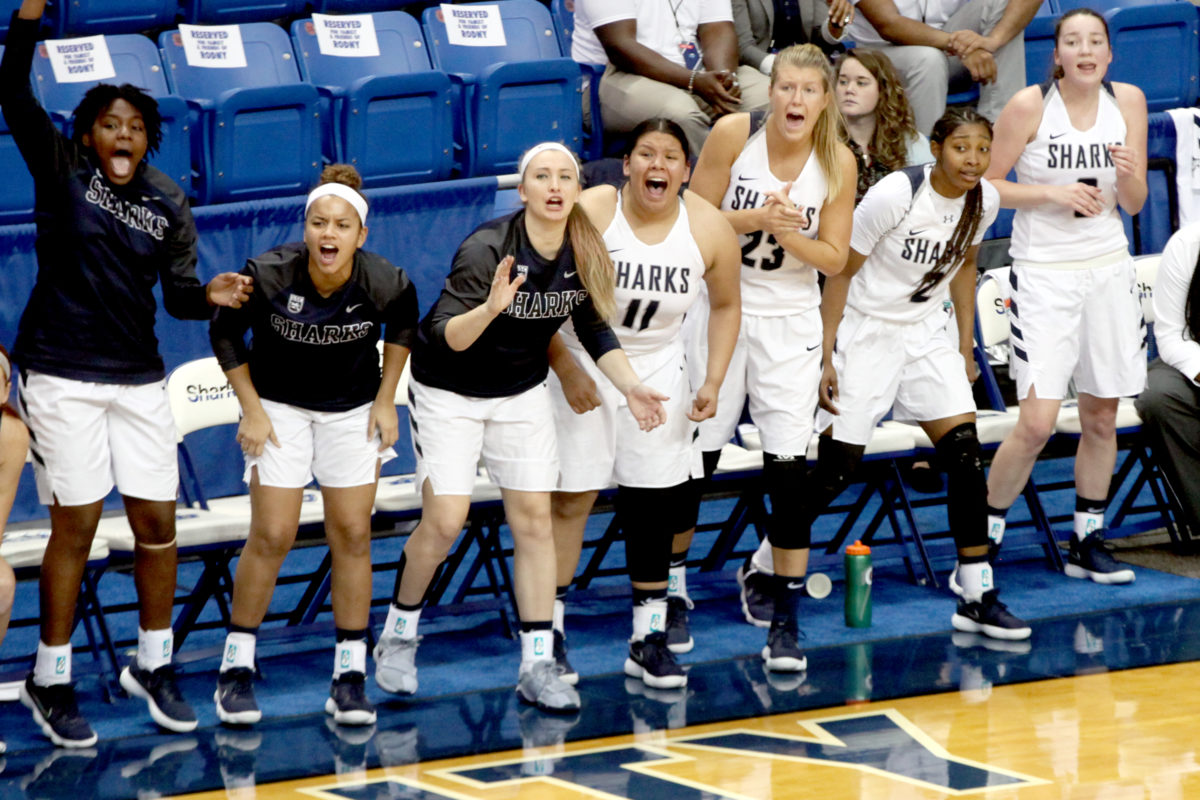 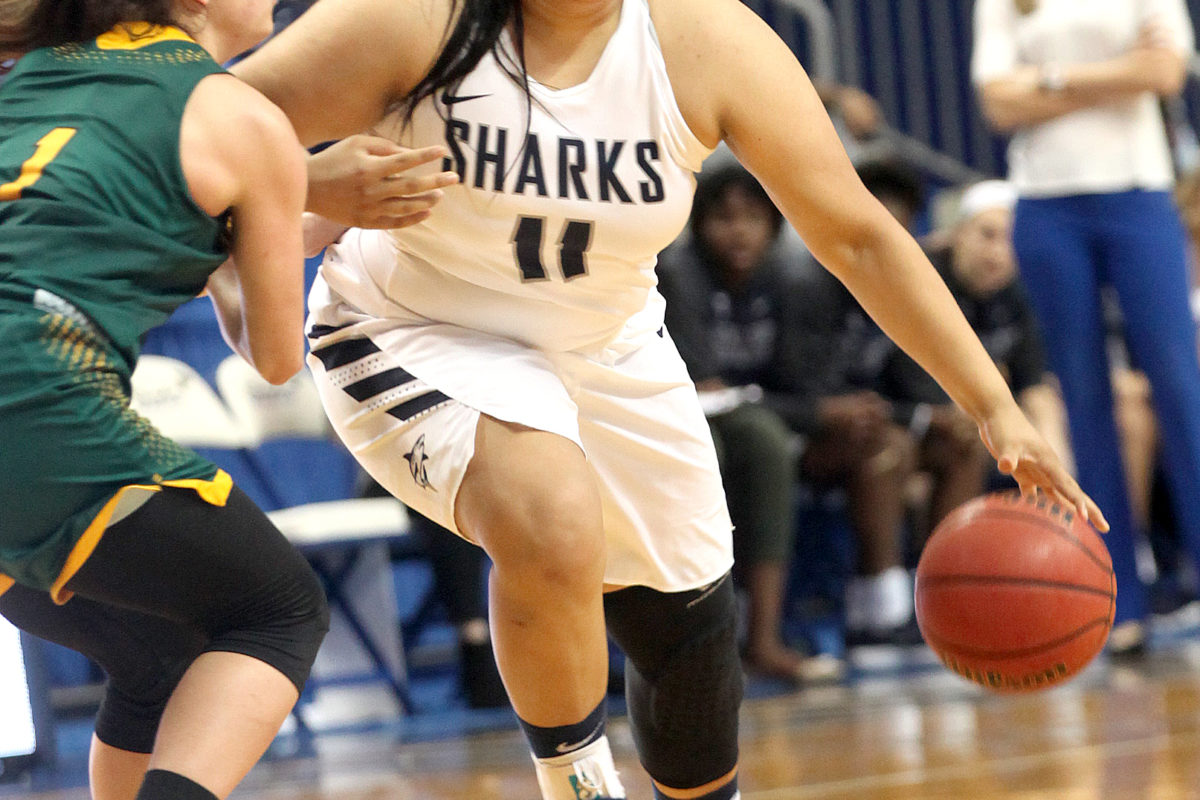 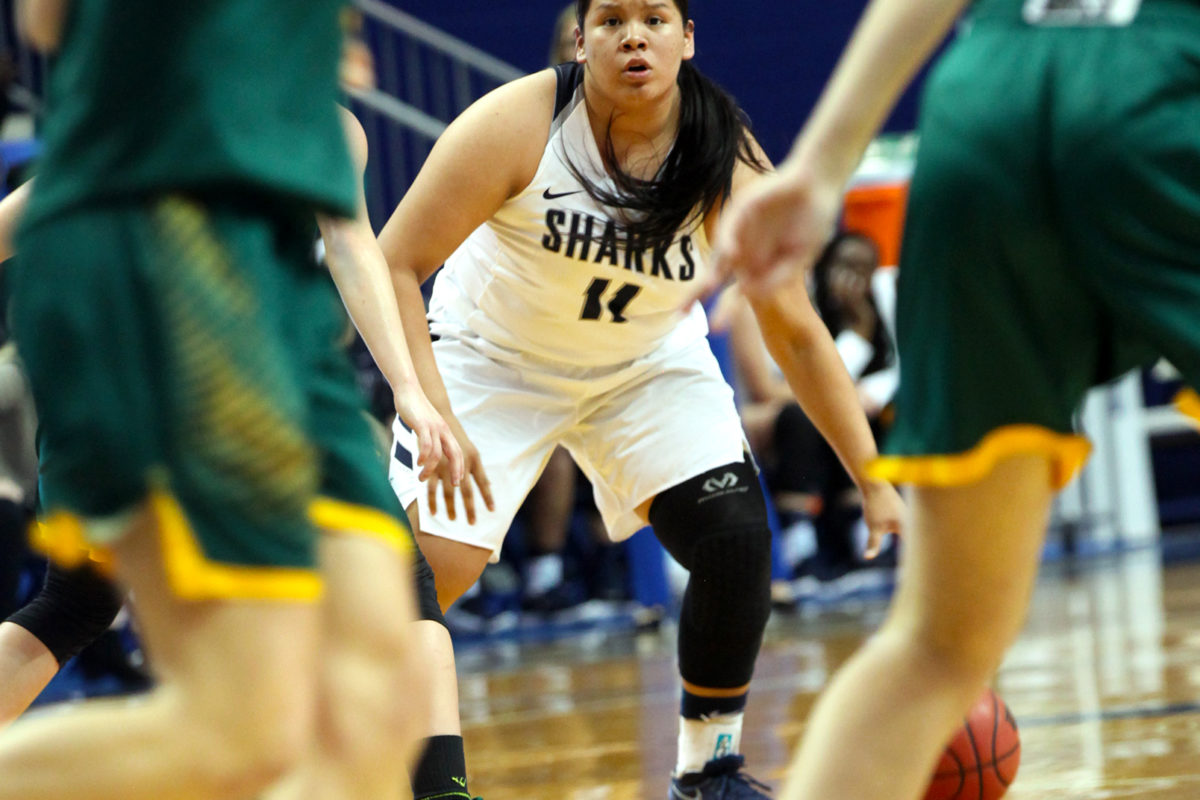 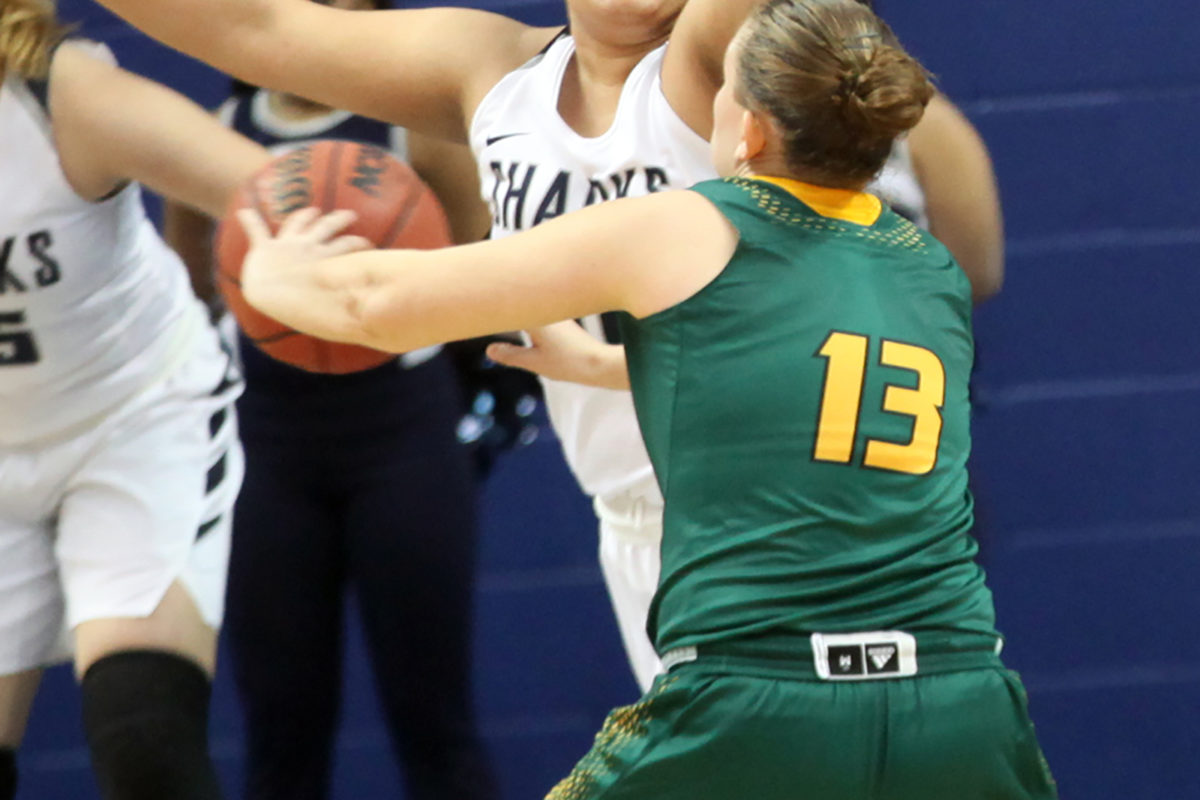 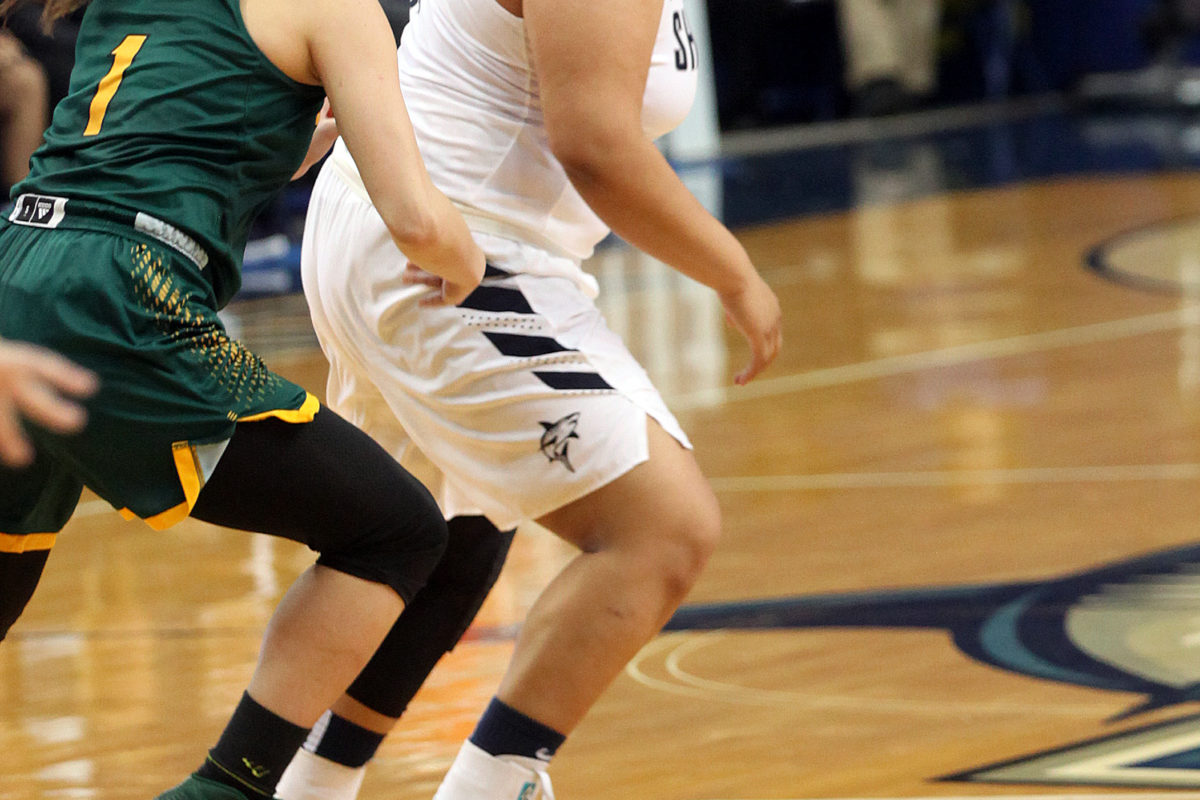 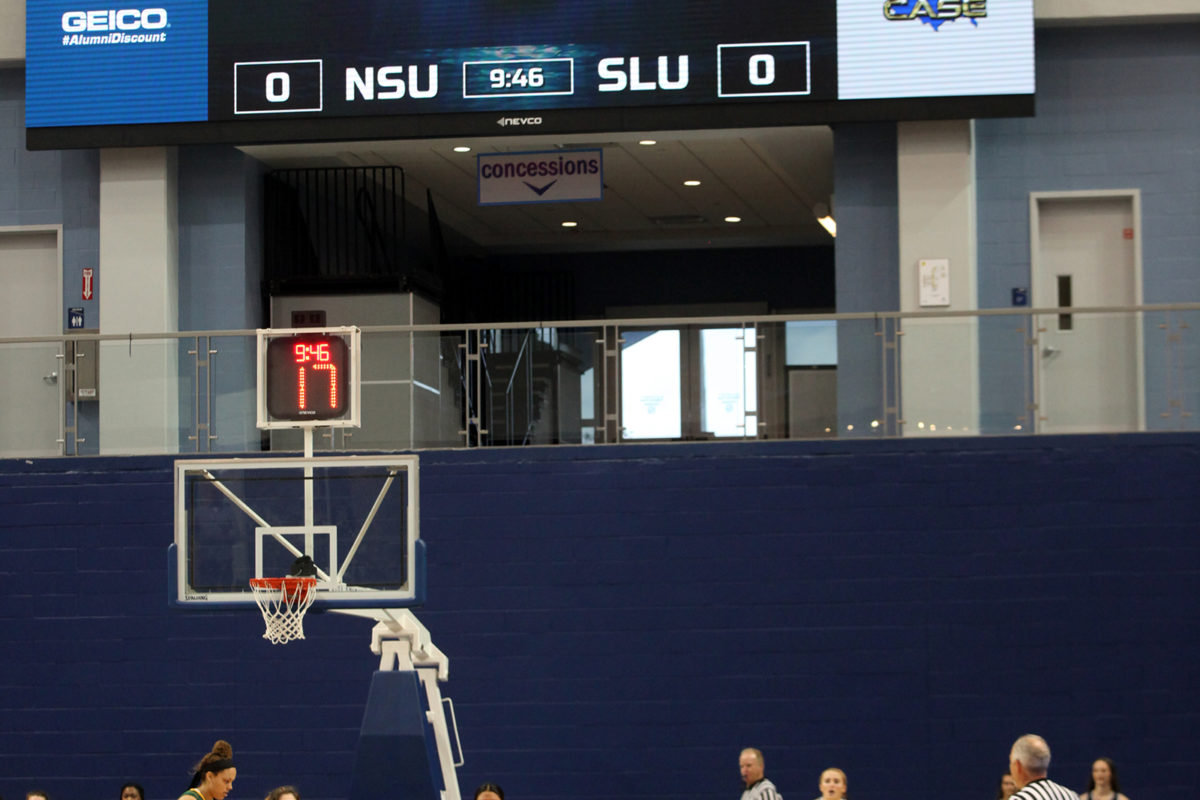 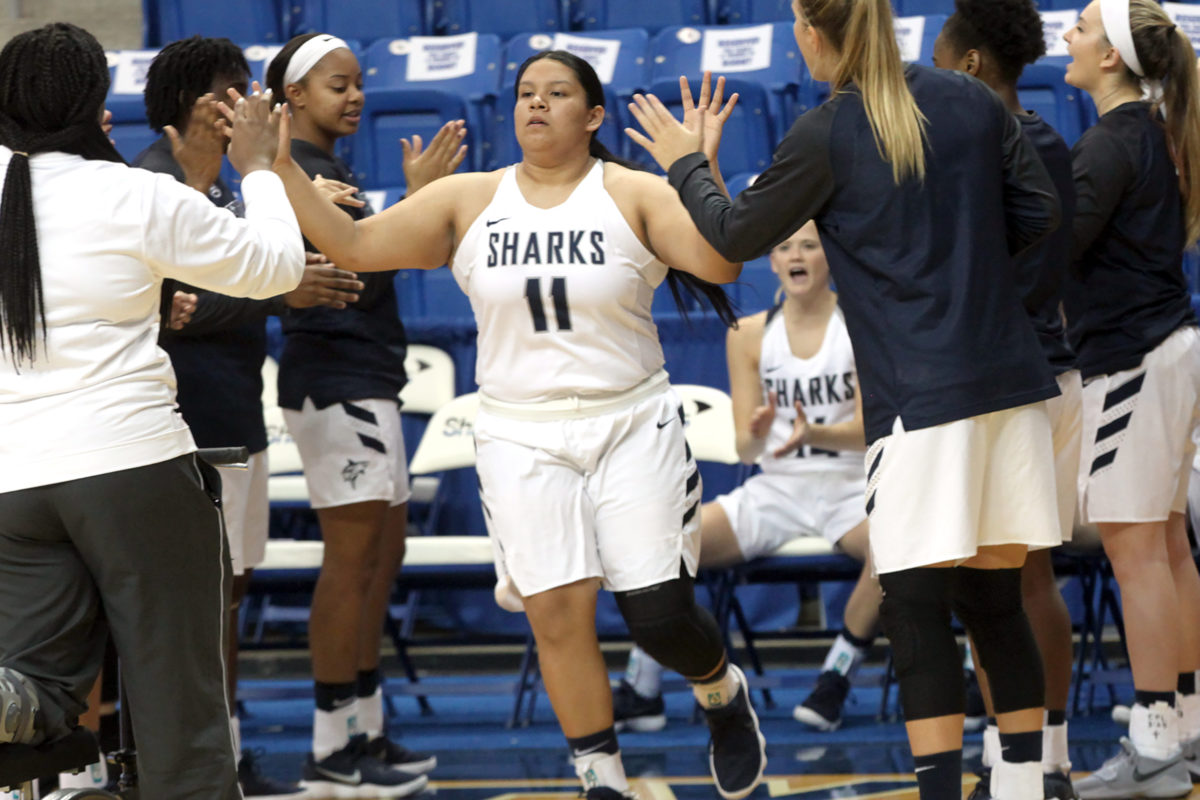 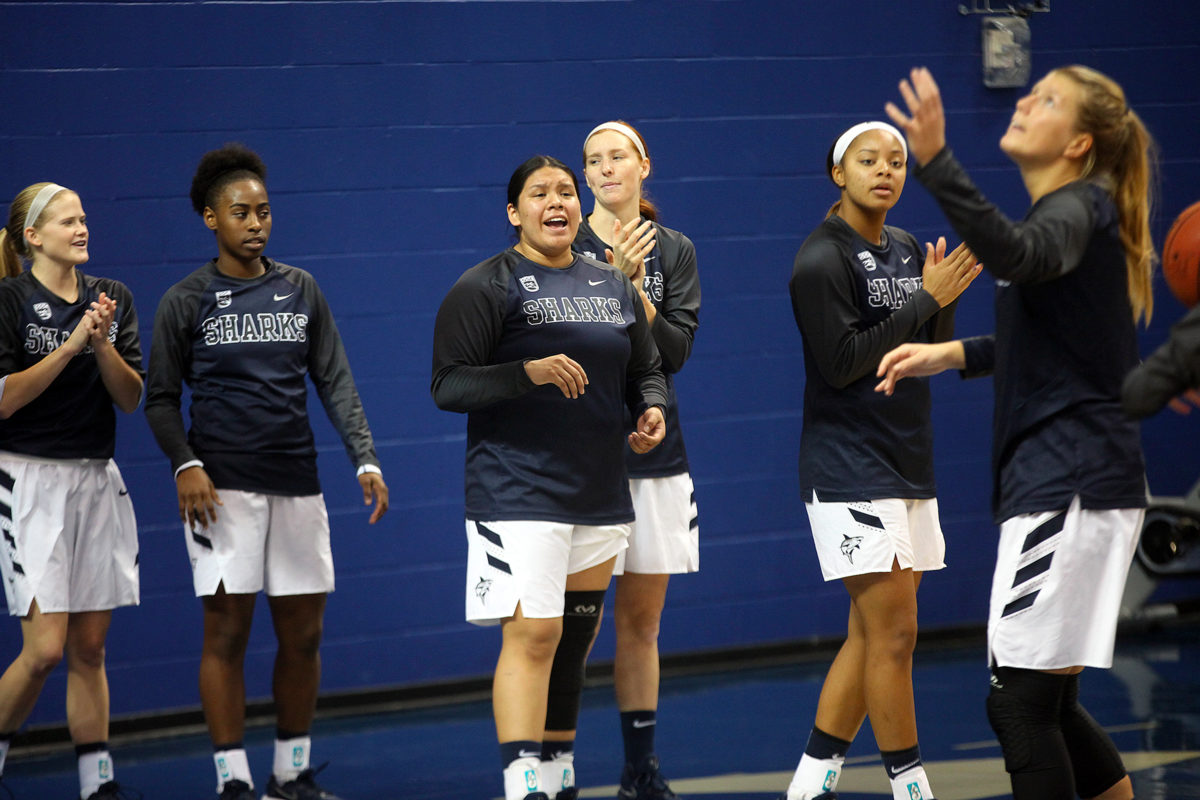