BIG CYPRESS — Cicero Osceola didn’t have to look at his team’s statistics to know that the Ahfachkee High School Warriors boys basketball squad needs to play tougher defense. The remarkable 72 points scored by one player on the other team – Everglades City senior scoring machine Scout Morris – was enough proof for the coach to re-emphasize the importance of playing sound defense.

“We didn’t play very good defense. That’s what hurt us a lot,” Osceola said after his team fell to Everglades City, 95-70, on Jan. 16 at the Herman L. Osceola Gymnasium. “The kid scored 72 points. For someone to score 72 points on us, we played terrible defense.”

The bright side for Ahfachkee was that its offense – led by Jerimiah Pickup with 22 points and Leviticus Buster with 20 points – looked sharp while trying to keep pace with Morris, who did most of his damage with powerful drives to the net.

Ahfachkee trailed 43-36 at halftime and it was only in the fourth quarter that Morris and his teammates pulled away. Being competitive is one step for a rebuilding program like Ahfachkee, which fell to 0-3, toward the road to victories.

Everglades City coach Becky Welch, who has coached sports at the school since 1979, was thrilled to see her former player Celeste Billie at the game. Welch was also glad to face what she considers one of the stronger Ahfachkee teams she’s seen throughout her years.

“That’s one of the better teams,” Welch said. “They’re young, but they’re learning and they clicked well together. I was impressed. I like that little team. If I couldn’t coach Everglades, I would love to coach that team.”

Ahfachkee’s balanced scoring attack was fueled early by Buster, who opened the scoring by putting back an offensive rebound. The Warriors made smart, crisp passes in the first half, especially from the hands of Buster and Gopher who quarterbacked an effective transition game.

Early in the second quarter, Everglades City led 21-17, but Ahfachkee rallied with its strongest stretch of the evening thanks to baskets off offensive boards from Pickup and AJ Tigertail and a short jump shot from Timothy Tigertail that brought the loudest cheers of the game.

Pickup’s layup down the heart of the paint put Ahfachkee in front 27-26 midway through the second quarter, but it turned out to be the last lead for the Warriors who rode a hard-working and determined Morris to victory. Morris’s 72 points, which included 43 in the second half, is a school record. Welch said she didn’t know her star scored so many points until after the game.

“They have some 3-pointers; they don’t have much height,” Welch said. “I watched them warm up and they have nice chemistry. They move the ball well and they shoot well.”

Welch also applauded the Warriors for meeting the GPA requirements to play sports at Ahfachkee.

“These guys must be doing [the work] in the classroom and they can play ball. That’s awesome,” she said. 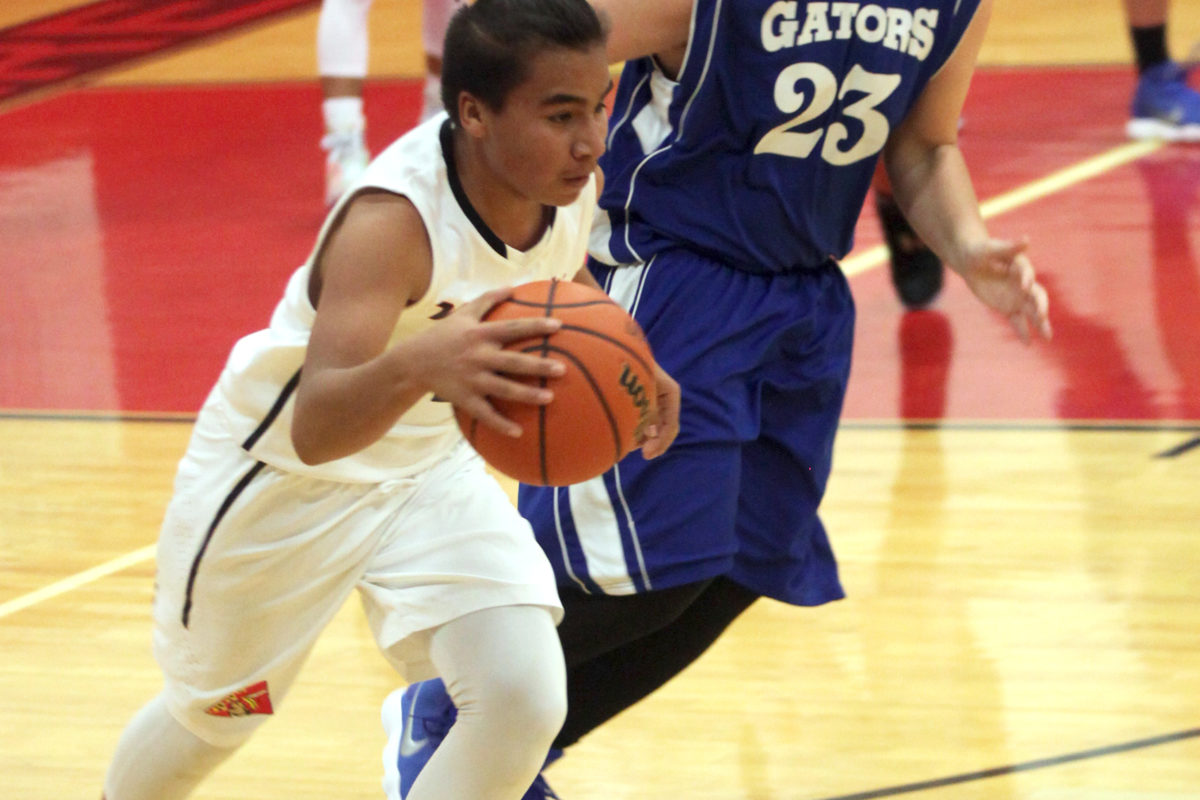 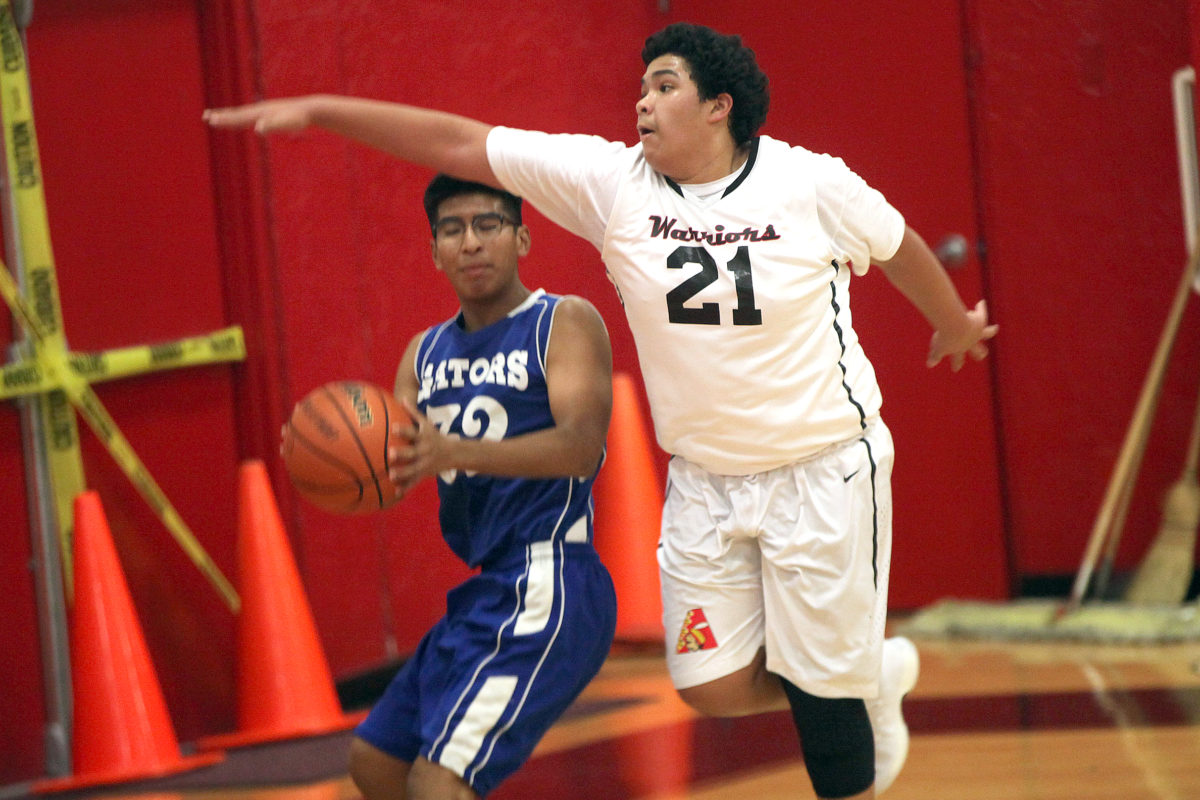 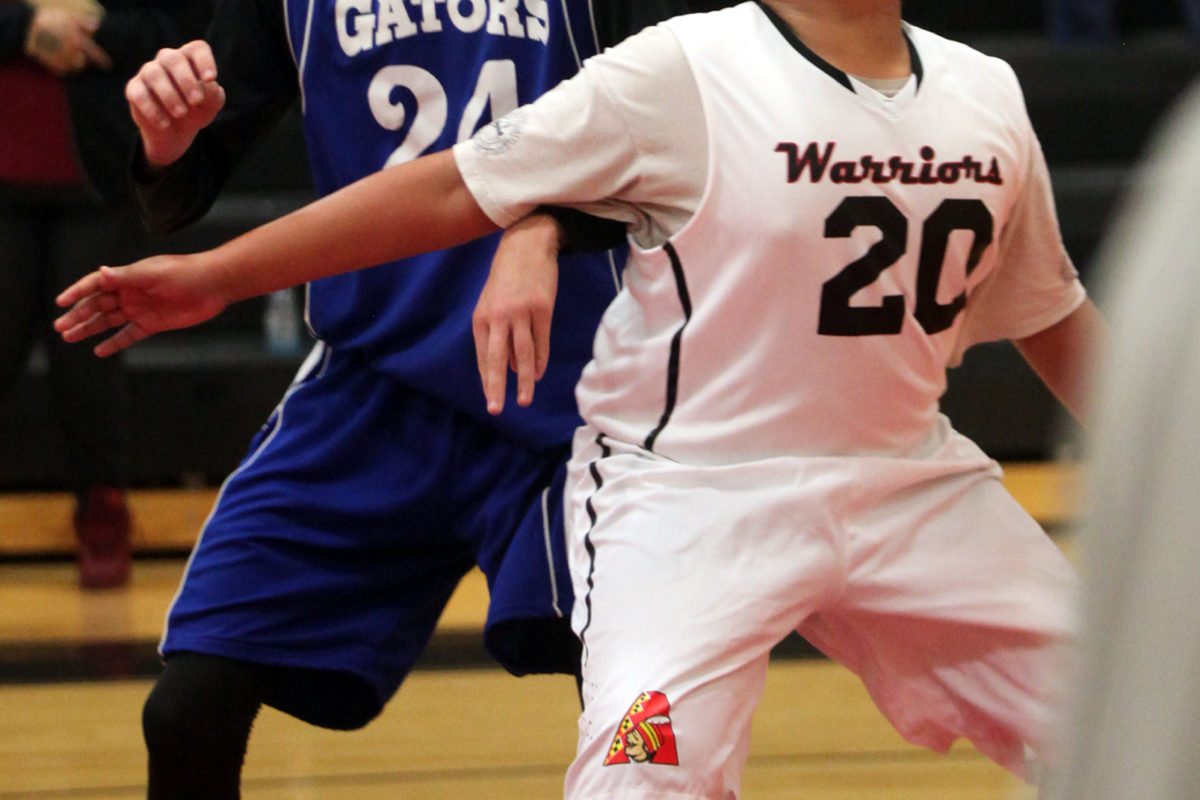 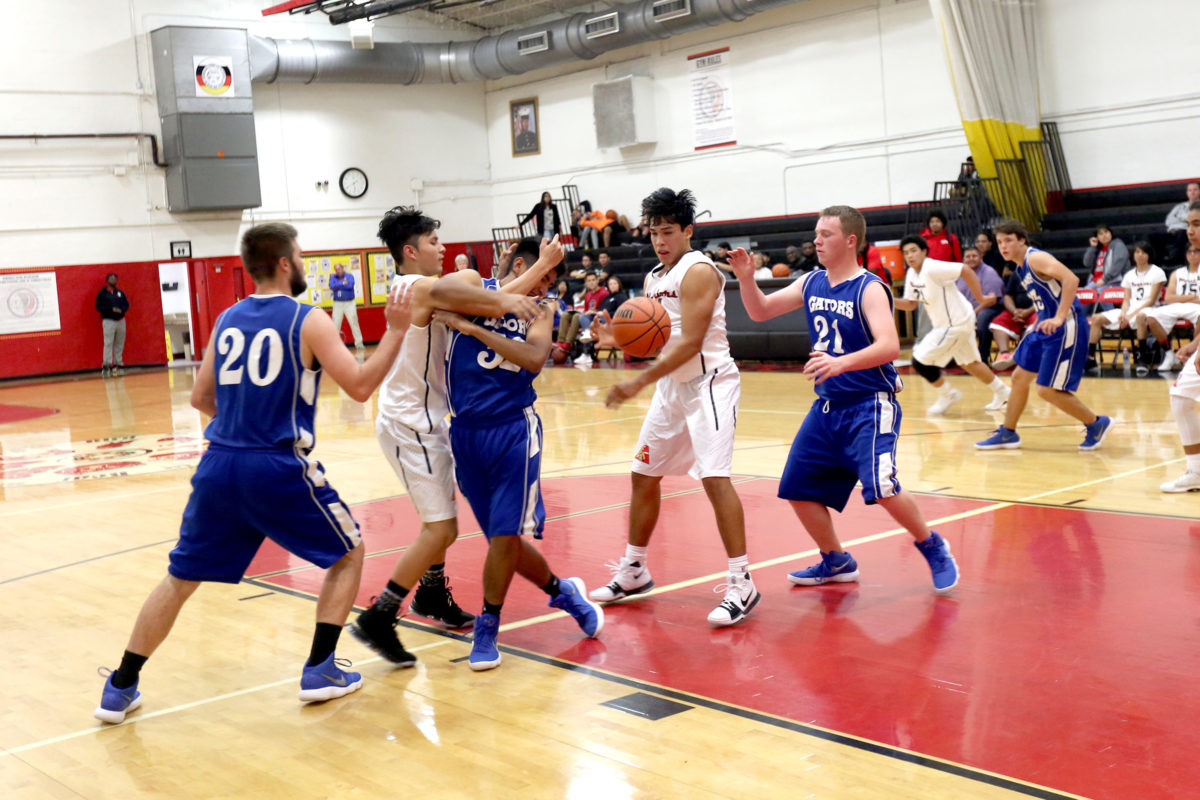 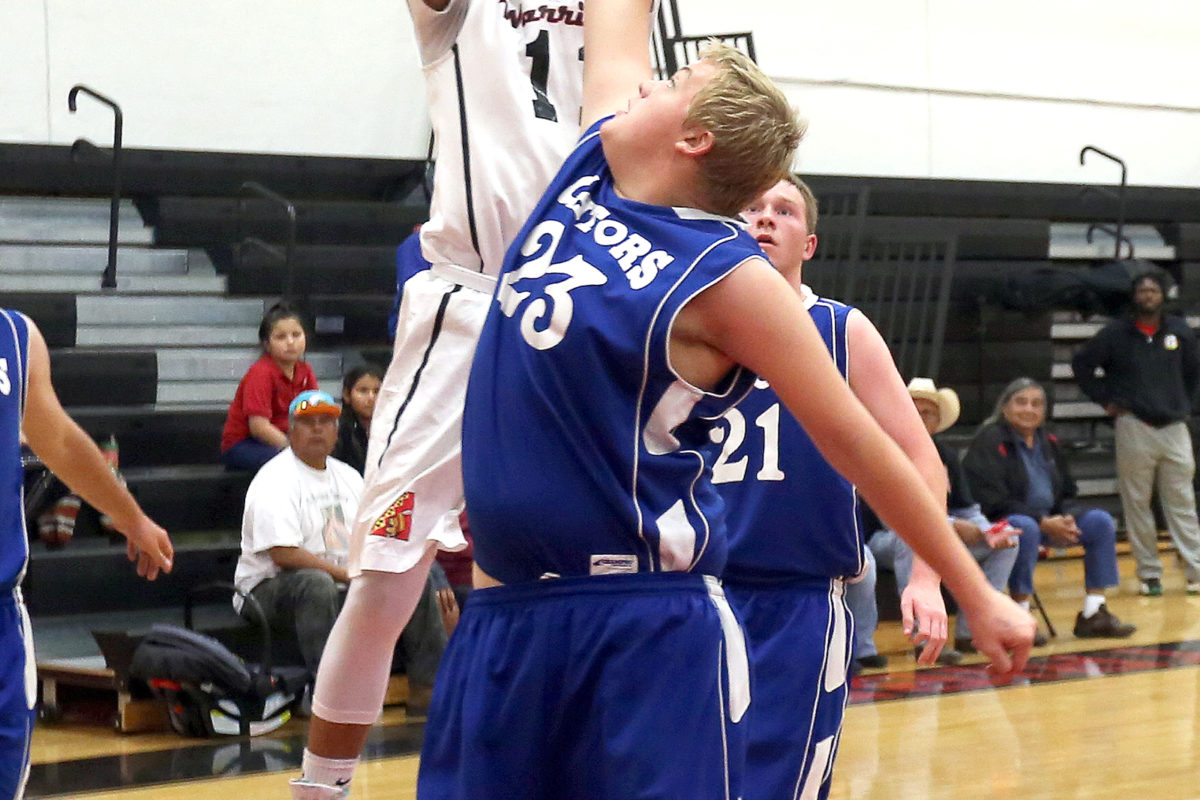 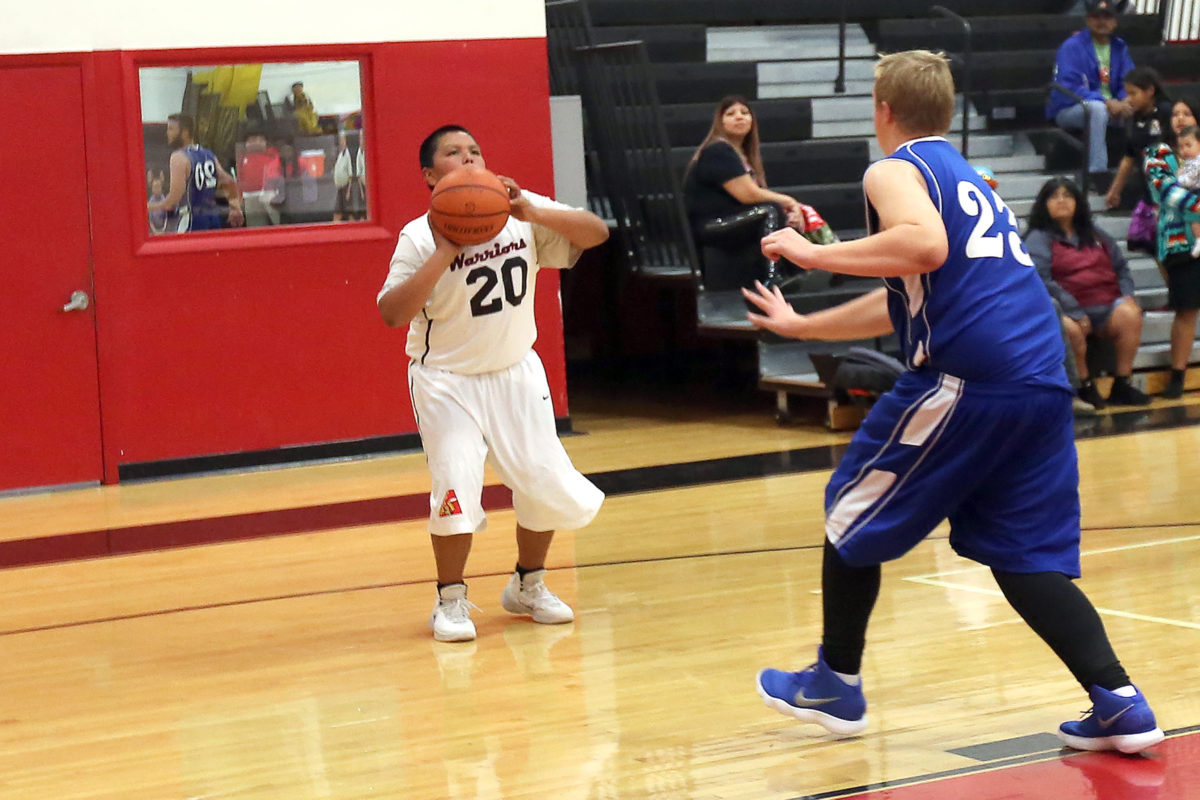 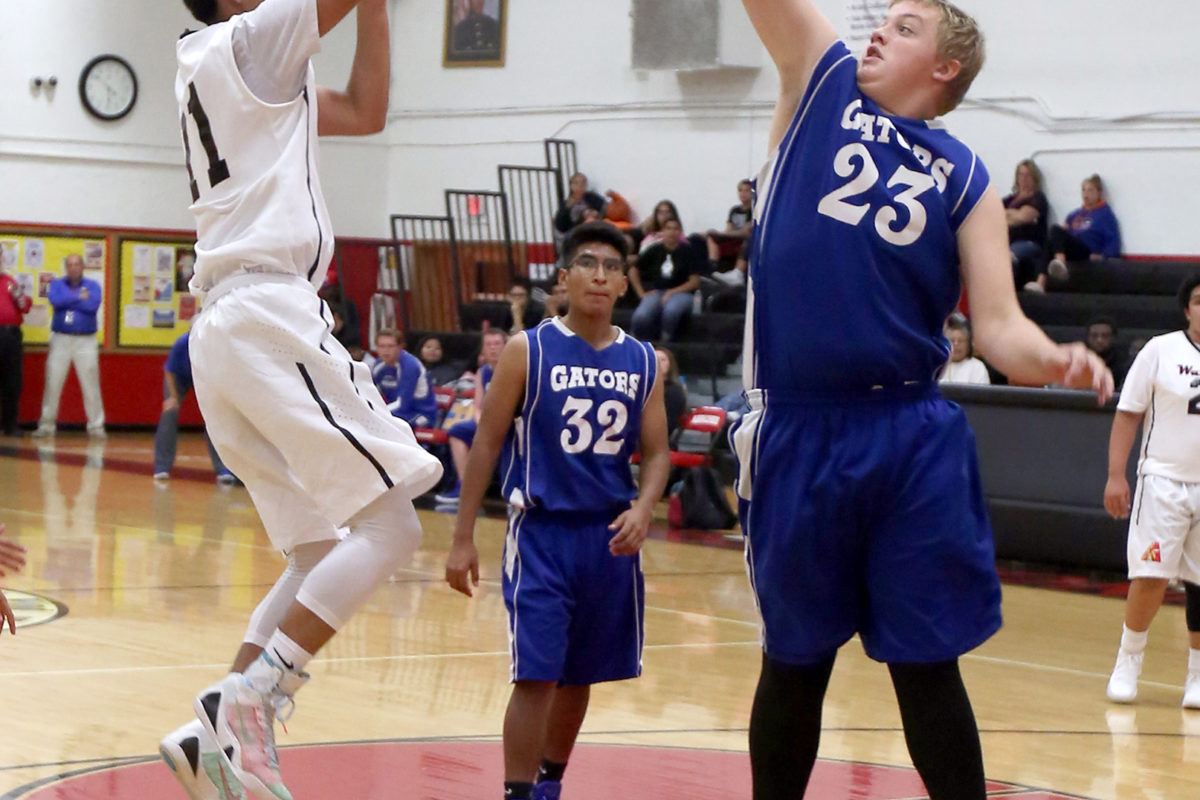 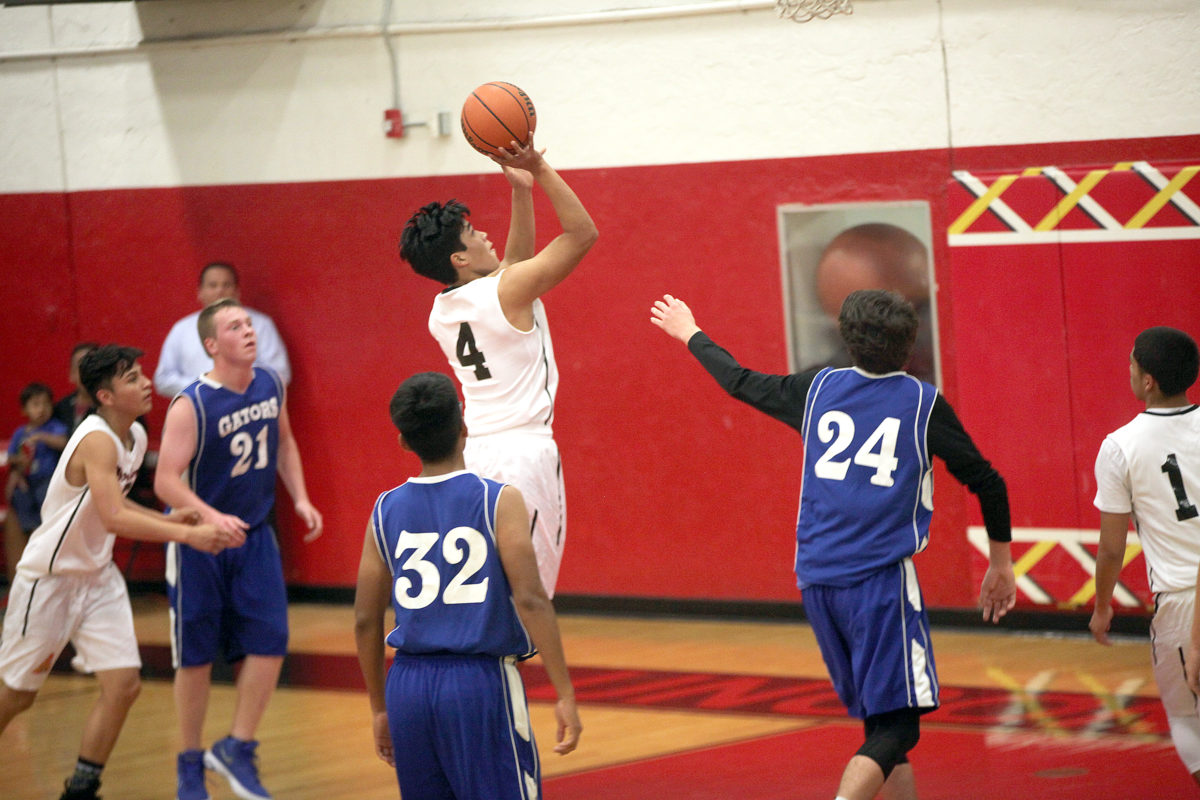 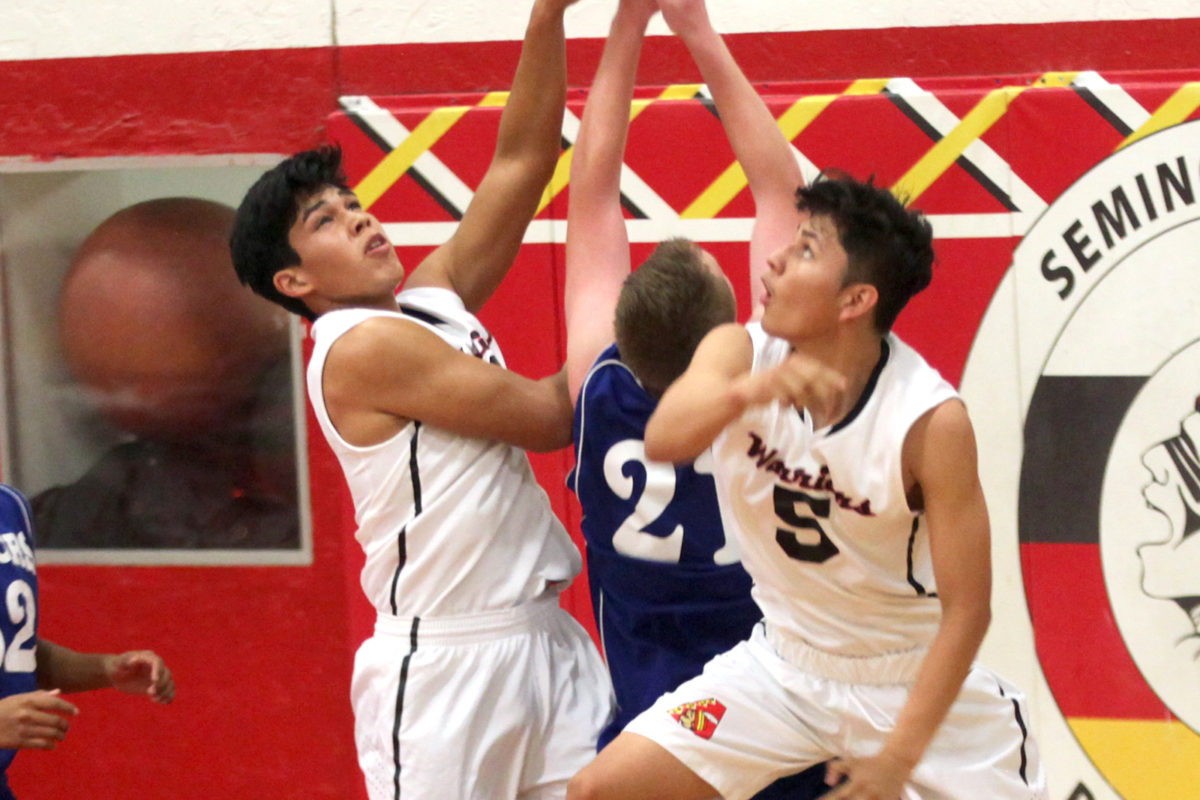 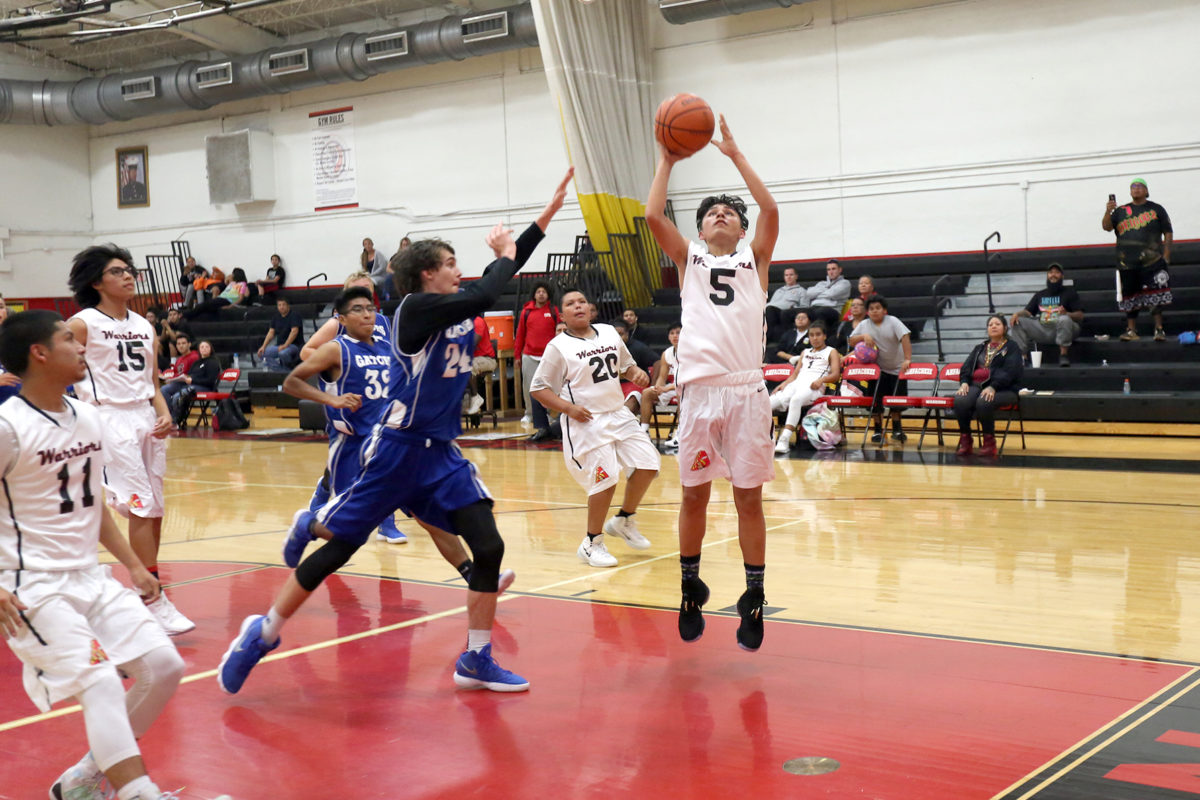 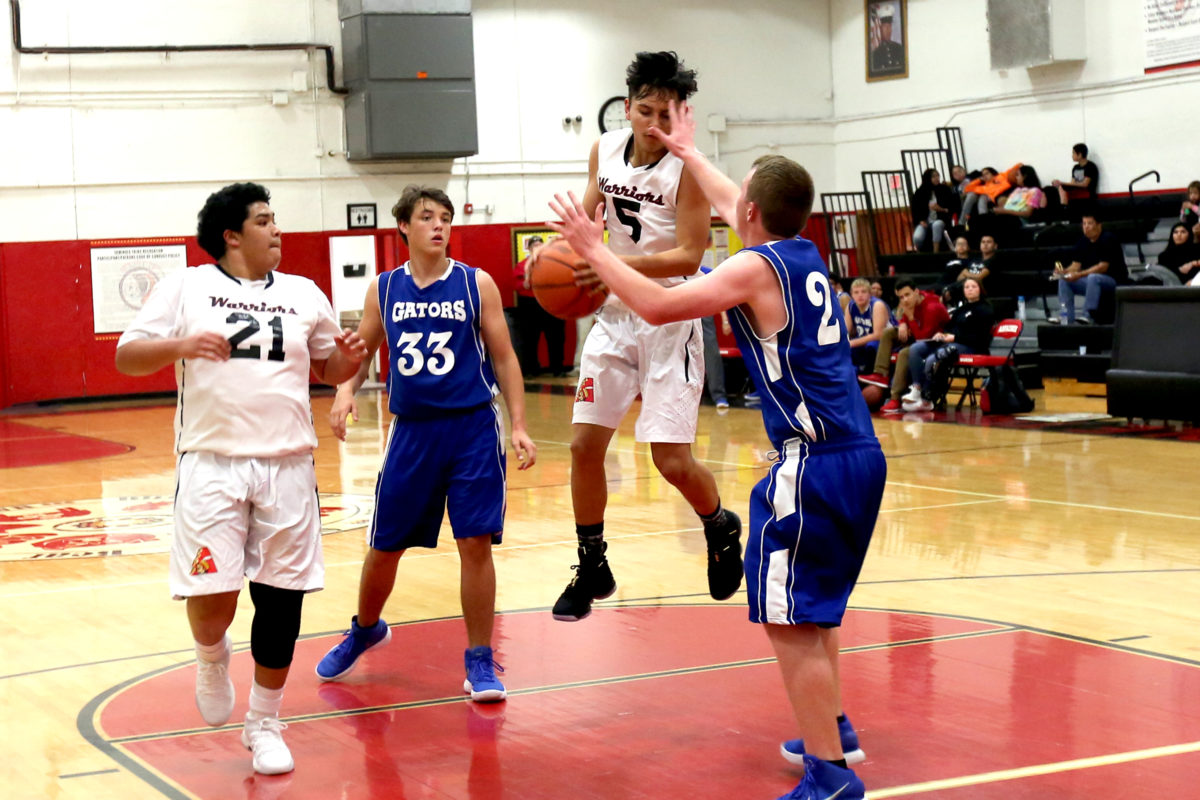 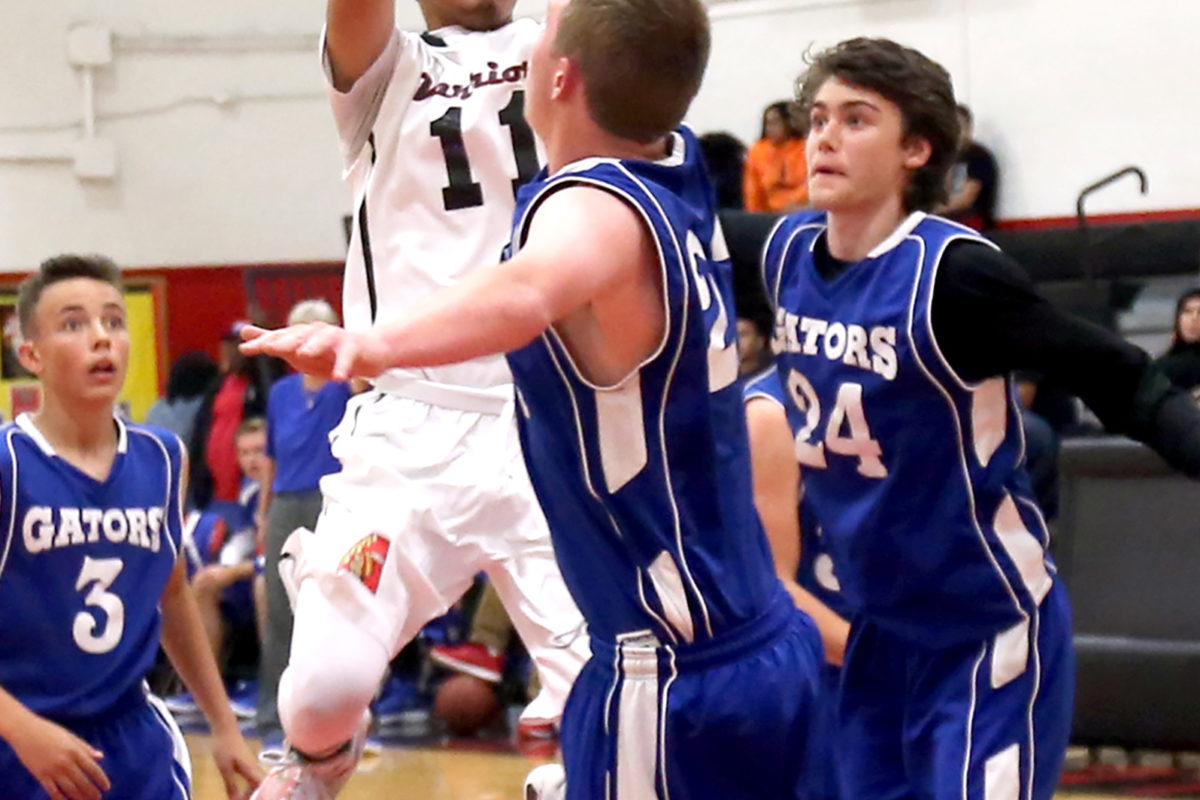 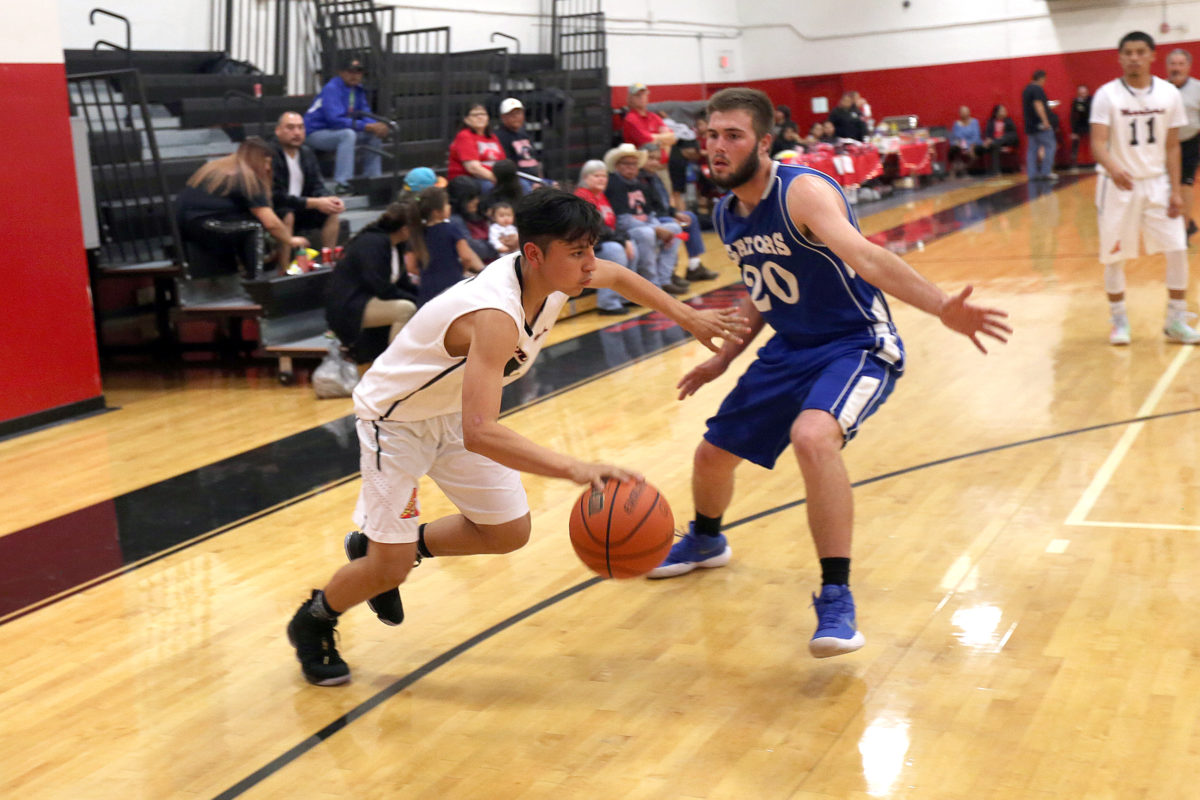 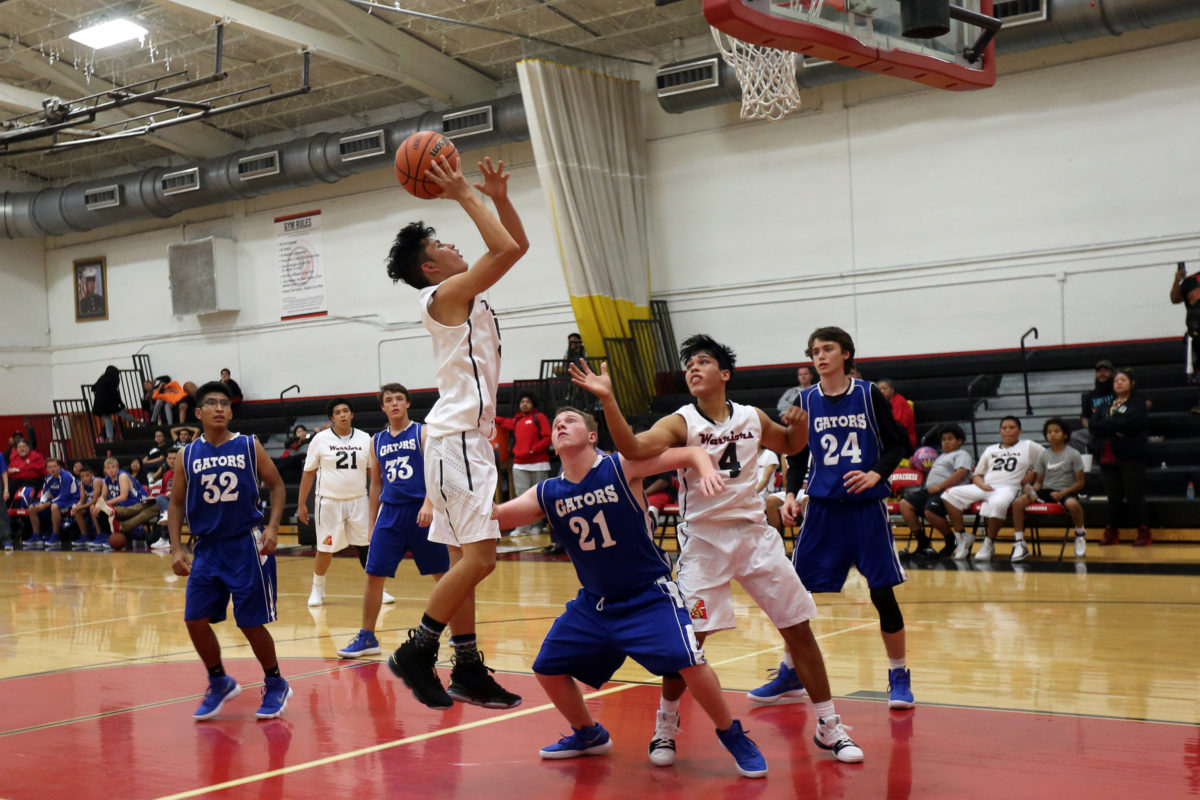