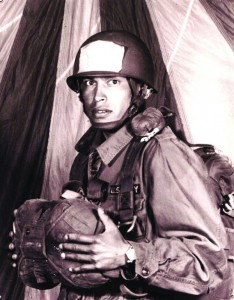 BRIGHTON — As U.S. Army Staff Sgt. James E. Billie was leaving Vietnam, his tour of duty nearly over, he ducked out of a monsoon and entered a darkened tent looking for a bunk. Suddenly he heard a familiar voice: “It was unmistakable, a voice from home,” remembered Billie. “Charlie Gopher had a distinct dialect and I called out, ‘Gopher!’”

The voice came back: “That’s Sgt. Gopher to you. Who are you?”

“(Charlie) was as surprised as I was,” said Billie, now Chairman of the Seminole Tribe of Florida. “We were both the same age, but I was from the Hollywood Seminole Reservation and he was from the Brighton Seminole Reservation. I had heard many stories about him, however, attesting to his remarkable bravery and courage under fire during some of the Vietnam era’s most violent conflicts.”

The two men were on the same flight back to the States, first stop Seattle, Wash. Looking back, Billie recalled Gopher did not talk much about himself, so “I was not aware of what his military status was at the time.” He remembered the two men drank vodka and orange juice on the flight before the pair split in Seattle. Billie figured Gopher’s tour was also up and “he was heading all the way back to Florida.”

In actuality, Gopher was AWOL on that flight. No one knew that the handsome military hero had just re-enlisted and, wracked by war-caused alcohol and mental problems, had simply walked off his post to head back to Brighton. He would return weeks later, then walk away again. It was a pattern he repeated many times over the next six years, culminating in his “less than honorable discharge” from the Army in July 1974.

“His commanding officers kept taking him back. They respected him for his heroism and achievements at war, the many lives he saved and enemy he brought down. They did not want to kick him out of the Army,” said Marc McCabe, a Veteran’s Affairs officer who counsels Tribal vets at Brighton. “They protected him, looked the other way and kept taking him back, you know, throw him in the brig for a couple days and put him right back on his post.”

It couldn’t go on forever. “Finally, a CO came along, an Academy grad who had never been in battle, who didn’t understand a tortured hero like Charlie. And he took Charlie down,” said McCabe, who has spent the past year assembling Gopher’s military paperwork.

“Charlie was fearless in combat and admired by all of us for his courage,” said Mike McCoy, of Highland, Calif., who served with Gopher in the third platoon of “A” Company 1st Battalion 12th Calvary (Airborne) of the 1st Air Calvary Division (AirMobile) from August 1966 through March 1967. McCoy allowed, however, “everyone gave him a wide berth when he was drinking,” relating the story of a night when a whooping Gopher suddenly grabbed his machine gun and shot a large tent down. Warned that he might face a court martial, Gopher replied “You can’t court martial me. We’re still at war with you S.O.B.s”

“Next morning I ask Charlie what the hell he was talking about saying we are at war. He tells me the story about (the Seminoles) never having made a treaty with the US.”

At the Battle of Kim Son,” says McCoy, a wounded, bleeding Gopher refused to retreat and singlehandedly provided cover for soldiers to escape a surprise ambush that caused over 120 wounded. “I believe Charlie’s actions kept the NVA from over-running us and killing us all.

“If it hadn’t been for Charlie’s bravery, I’m sure we would have lost many more men. Now when men speak of Charlie, let no one say he was without courage. When you speak of him, know that he is not forgotten and lives on in the hearts of many men who knew him.”

Less than two months after his discharge from the Army, Charlie Gopher hung himself.

It was “five days before my second birthday and five months before the birth of my sister,” says Rita Gopher McCabe (no relation to Marc). “It brings so much sadness over me when I think about my father’s death . . . such a tragic ending to a life that had touched so many people and had so many more lives left to touch.”

What happened? To Gopher’s family, including wife Louise, and to the VA’s McCabe, it’s a no brainer. “Charlie Gopher was a classic case of Post Traumatic Stress Disorder (PTSD).” A psychological disorder with a long recorded history of incapacitating hundreds of thousands of individuals who were in combat or traumatized by an event in their life, PTSD causes nightmares and flashbacks, sleep difficulties, and feelings of estrangement.

“Everyone said Charlie was different when he came back home. He was described as belligerent, angry, wanting to be alone,” said the VA’s McCabe. “And he was an alcoholic. All signs of PTSD.”

PTSD, however, did not exist in Charlie Gopher’s day. Not by that name, anyway. The terms “shell shock” and “combat fatigue” had been around since the Civil War to describe a medical phenomenon that has impacted warriors for more than twenty-seven hundred years. PTSD wasn’t accepted as a standard by the VA Medical Administration for psychiatric service related disability until 1986.

“If Charlie Gopher were alive today, he would immediately be granted a 70-100 percent disability. Even his suicide points directly to PTSD,” says McCabe. (In 2005, the suicide rate among male Veteran VA users was 37.19 per 100,000, three times the non VA rate. Studies also show that one of every four PTSD-diagnosed veterans have attempted suicide.)

McCabe will present a package to the U.S. Army Review Board in mid-December, asking that Charlie Gopher’s discharge be upgraded to Honorable. “He should have never been allowed to re-enlist,” says McCabe. “But the military provided no programs or treatment for PTSD back then.”

The package includes a letter from Seminole Chairman Billie, letters from soldiers who served with Gopher in Vietnam, support from Tribal Vietnam vets, a detailed report by McCabe and a touching letter from daughter Rita, who points out that her father’s discharge, 37 years ago, still has wide affect on his Tribe.

“My father, a Seminole warrior, went to battle for his people. The Seminole culture honors its warriors. As a warrior culture, there is a great deal of family pride associated with serving honorably. When a warrior is dishonored, either in combat or afterwards, it reflects not only on the individual but on his family as well. This tarnish is not easily polished and the family wears it for many years afterwards.”

The Tribal family includes a clan system of hundreds, Rita points out. “My grandparents John Henry and Maude Gopher are no longer with us. I don’t think that they ever fully understood what happened to my father,” she says. “All they knew was that he was a different man when he came home from Vietnam than before he left. It saddened my grandmother. She may not have understood what happened to him. But she did have a feeling something wasn’t right. She hoped for it to one day be corrected. I hope that this day will soon be upon us.”