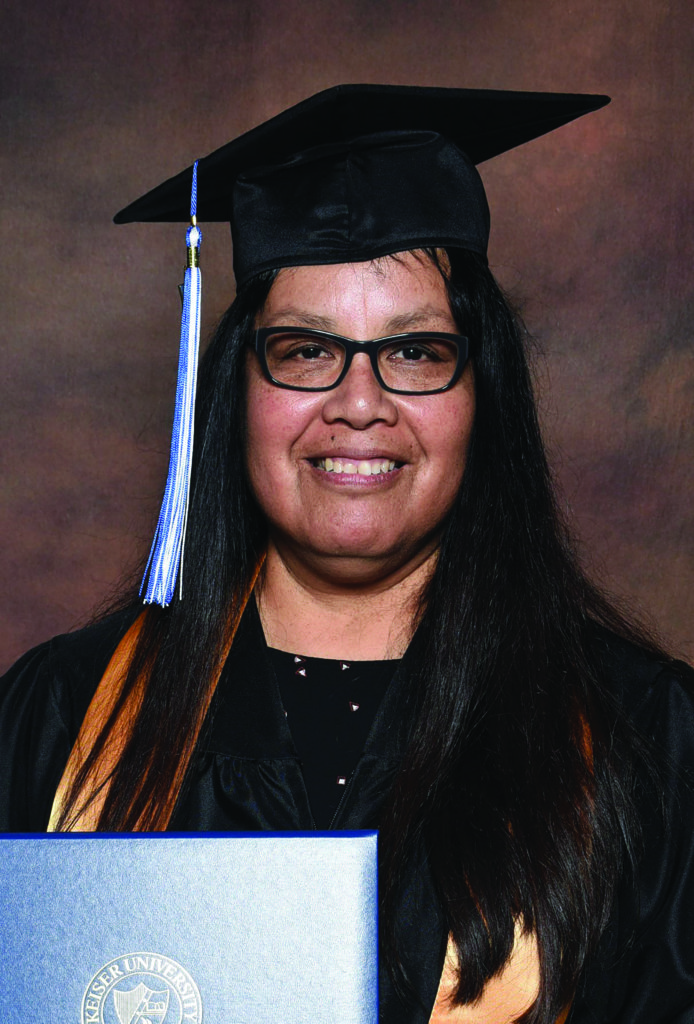 HOLLYWOOD — Karen Two Shoes is not your average college graduate. This daughter of the late former Chairman Howard Tommie did not only graduate May 12 as valedictorian with her bachelor of science in dietetics and nutrition from Keiser University in Pembroke Pines; she did so as a 50-year-old mom of two.

While Two Shoes said it was an honor to be selected as valedictorian, getting to that was not an easy task. Despite her good grades, she was never fond of going to school and dedicating a lot of time to classwork. Throughout middle and high school, Two Shoes said the only thing that motivated her to continuously get straight A’s was that excellent grades meant she would not fall behind and have to deal with extra schooling. Giving education another chance, Two Shoes attempted to go to college after graduating from high school, however she said it just did not seem to fit well with her personality. Instead, she ventured out into the working world.

She originally did not have any interest in health as a career field. She spent years working in the media realm, but in the late 1990s, she started experiencing health problems that prompted her change in career interests. Shortly after getting married and learning that she developed diabetes and was obese, she decided to make a change in her lifestyle. At the time, Two Shoes wanted to have children and be a stay-at-home mom, but she knew that in order to take care of a family, she needed to take care of herself first.

“I wanted to have children, but I needed to get my health back in order…The best way I found to do it was through diet and exercise,” she explained. “I felt like I was healthier with the diabetes than without the diabetes because I was actually paying attention to my health.”

After 10 years of dedicating herself to a healthy lifestyle and building her family, she wanted to get back into a career. This time, however, she wanted to do something meaningful with her profession. When 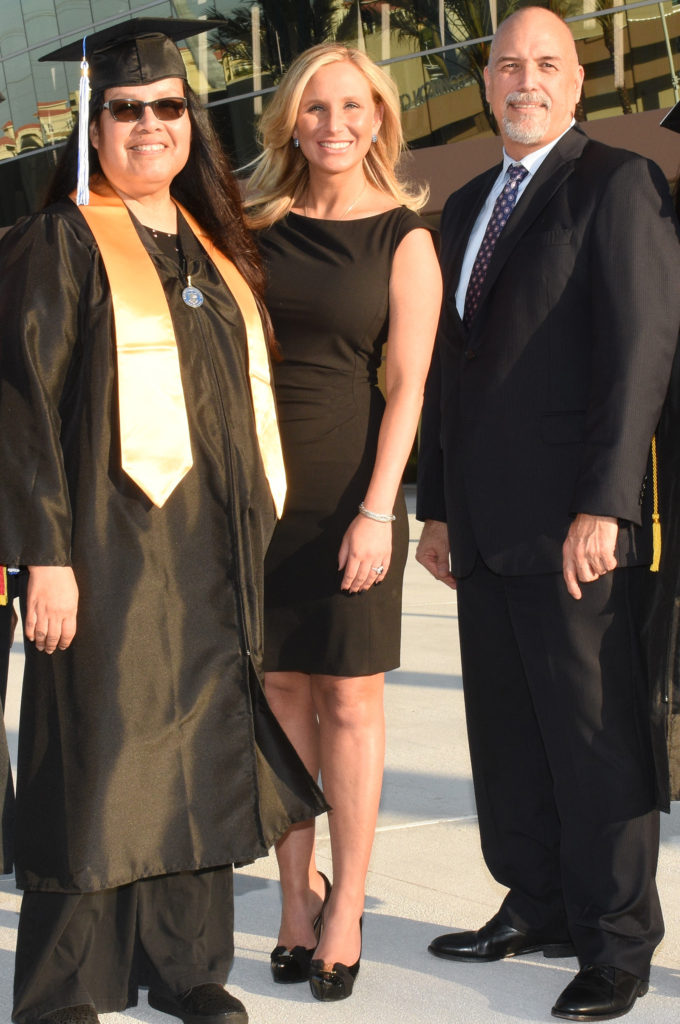 thinking about what she is passionate about and what she believed would make an impact, she realized that diet and exercise were a major part of her life that she could use to give back to the community. With this revelation, she decided to give school another try, and, as luck would have it, the third time was the charm.

“Applying yourself, getting out there, learning more about the world and how you fit into it and make a difference is a fulfillment,” she said. “It’s never too late.”

According to Two Shoes, obesity is a major problem in Native American tribes because of a lack of proper health education, and she felt like she had the passion and drive to help educate the community. After a little more than three years of classes, she finally received her dietetics and nutrition degree so that she can pursue a dietitian career and help herself, her family, and those around her.

“I don’t want to be the food police, I just want to help people understand they have choices,” she explained. “If you want to go to McDonald’s, that’s fine, but don’t go every day. Make it something you do once a week or once a month.”

The new graduate, who is also a member of the Panther Clan, is now in the process of becoming a registered dietitian. Along with working at the Hollywood clinic, she is also planning on becoming a certified diabetes educator and possibly a certified personal trainer or group fitness instructor within the next five years. In the future, she hopes to return to school to earn her master’s degree in public health and maybe pursue a career on the legislative side of dietetics.

“When people find something they want to do, they can make a difference,” she said. “Even making a difference within your family, the people around you, or even yourself is great, and then it just makes you want to do more.”