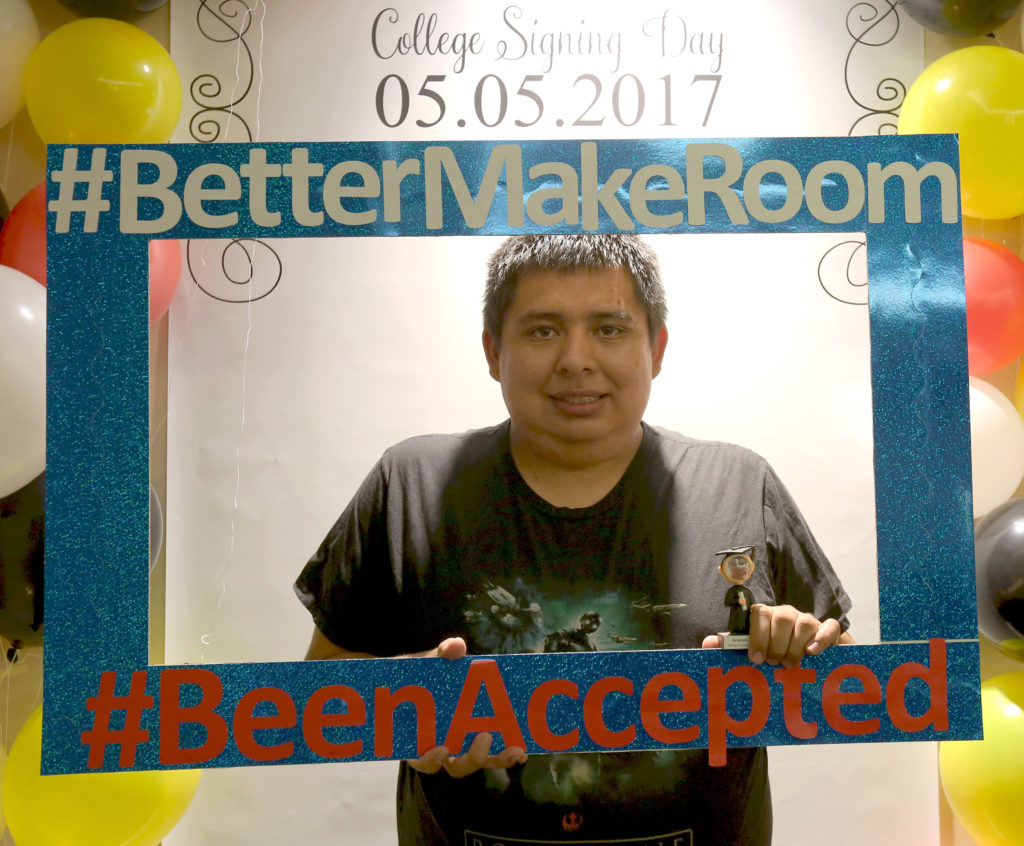 College Signing Day, a national event that lets high school seniors publicly announce their choice of college, was celebrated tribal wide May 5 with festivities in Big Cypress, Brighton, Immokalee and Hollywood. Sponsored by the Center for Student Success and Services, the event was streamed live on Seminole Media Production’s Livestream and Facebook pages. Decked out in brand new college T-shirts and accompanied by proud family members, the students were applauded as they entered the parties.

“We want to recognize our seniors who are going to continue their education,” said Alphonza Green, CSSS assistant director. “All across the country, parties are going on. Our seniors will reveal their college of choice to the entire community.”

College Signing Day was created in 2014 by former First Lady Michelle Obama who believes students pursuing higher education should garner as much attention as student athletes, whose signings with colleges and university are big news. 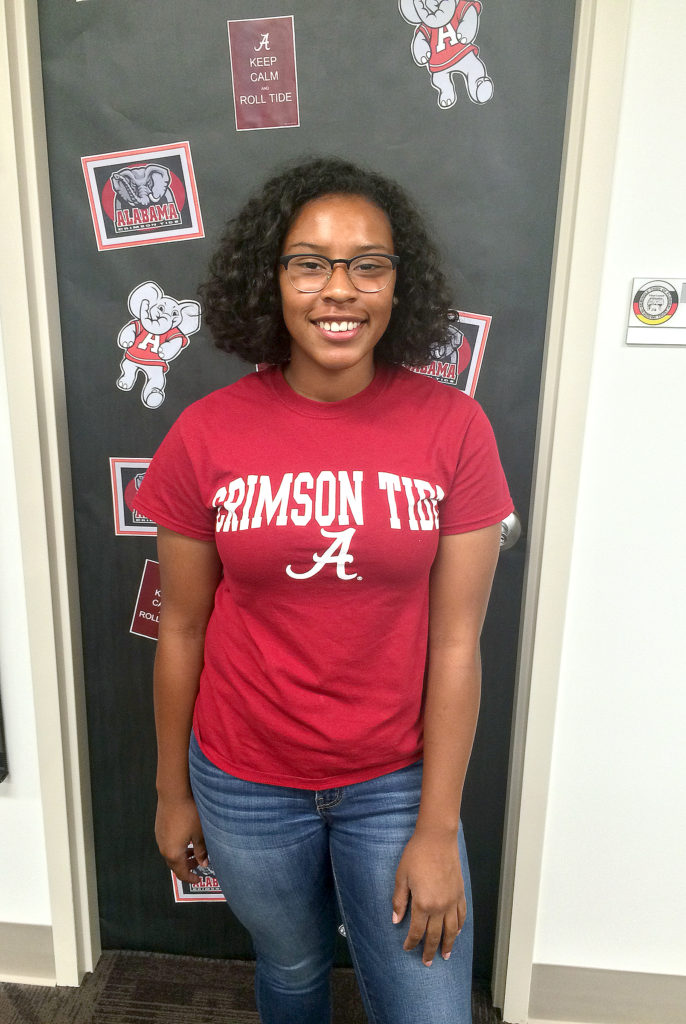 “The students gain confidence from this,” Budde said. “We want them to feel proud of themselves.”

In Hollywood, students got into the spirit of the day. Ahnie Jumper announced she will attend Florida Gulf Coast University, Chloe Smith is going to Florida International University and Cameron Osceola will study at Broward College.

In Immokalee, Randee Osceola committed to Barry University and Nicholas Zepeda declared his choice of Southeastern University in Lakeland. Although Dennis Gonzales was unable to attend, his mother Susan Davis shared that he will attend Florida SouthWestern State College in Fort Myers.

At Big Cypress Reservation, of the eight graduating students, one stood out from the rest. Graysun Billie, an 18-year-old student loved by many, has yet to decide on a college. While the college he will attend next fall remains in question, one thing is for sure — he will become the next big game designer. 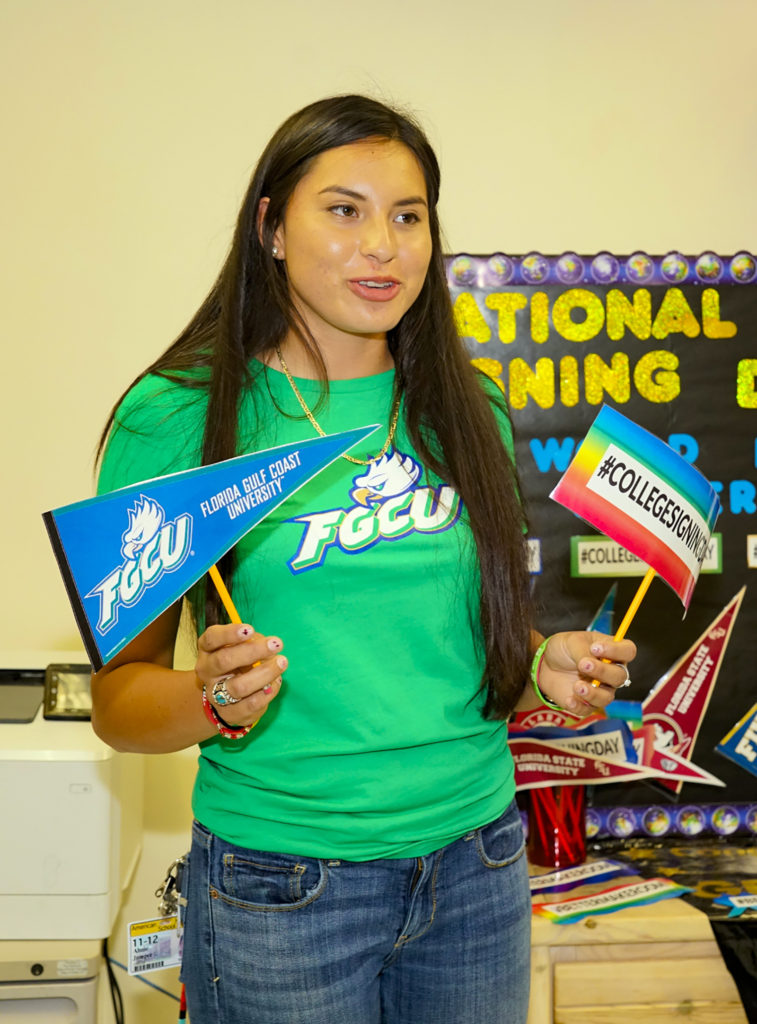 is currently working with family members and members of the Education Services program to decide which path to take.

Billie said his teachers inspired and motivated him to keep working toward his goals. He has big plans for his career, part of which is working for Activision to troubleshoot and design games. Along with fixing errors he finds in the games he currently plays, he also has some exciting ideas for future games, which he is keeping secret until they come to fruition.

“I have a lot [of game ideas] I have thought of already,” he said. “I have been studying how they work…And I’ve found some glitches in some parts that I want to fix.”

Sandra Freeman, higher education academic and career advisor, said having a day to celebrate that students are attending college is important. According to Freeman, students need to know their communities support them in their endeavors and are there to say, “Hey, we’ve got your back.”

“The choice to attend college after high school is something that should be celebrated,” she explained. “As a tribal student, coming from a small community and deciding to venture out to college is exciting.”

Once students have their high school diplomas and attend college, Freeman said they have their basis for success and are able to take on the world.

“Education broadens life; it opens up different avenues,” she said. “Without it, you’re confined. Once you have an education, the world is yours.” 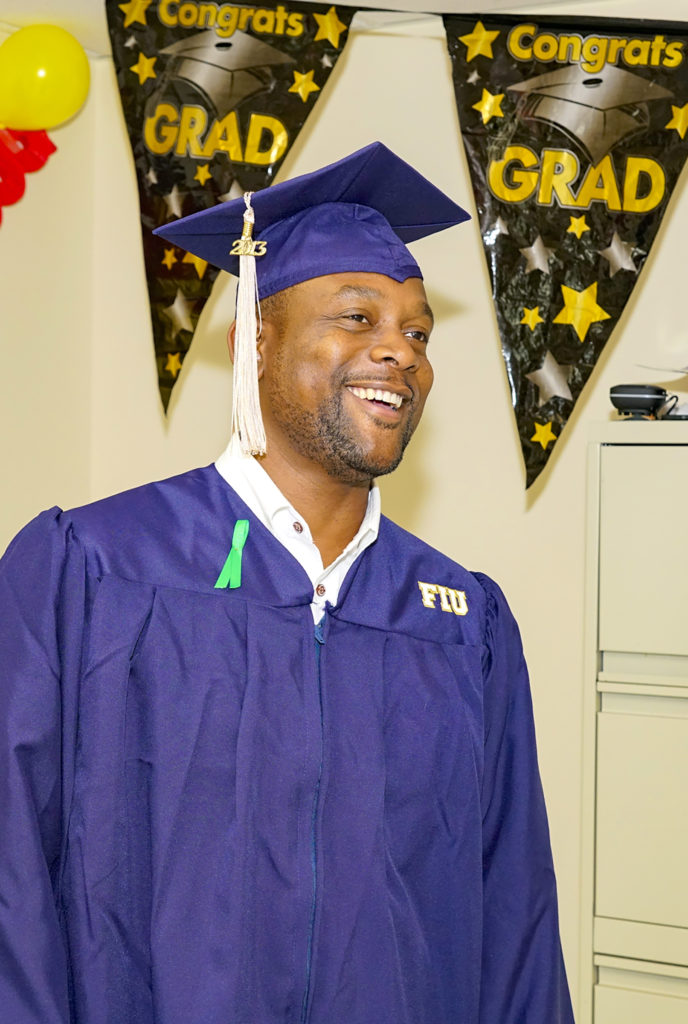 In Brighton, Alexus Osceola-James had the spotlight all to herself as the lone graduate to attend the party.

Osceola-James admitted that she has never really followed college football, but she realizes that’s likely to change this fall when she steps onto the campus of the University of Alabama as a freshman.

Of course, becoming a fan of the powerful Crimson Tide football program will only be a minor slice of her experience in Tuscaloosa. Osceola-James has set lofty goals as she prepares to embark on a major in political science.

“I want to become a lawyer and then maybe get some work experience out in the world and then come back and help the Tribe,” she said.

Osceola-James, who graduated from Montverde Academy near Orlando, attended the ceremony in Brighton’s Administration building where an office door was filled with Alabama decorations as part of her sendoff. She also chatted with Chief Justice Willie Johns, who expressed his support for the potential future lawyer.

“I think it’s great. I wish there was more. It’s needed,” Chief Justice Johns said. “A lot of times outside lawyers don’t know our culture. But if you get a tribal lawyer that knows the culture and knows the law, then you got something. They can deal with you better.”

Osceola-James selected Alabama over the University of Kentucky, Stetson and Nova Southeastern. As she eyes a career in the legal world, she realizes her academic studies will likely last more than four years.

This story was written by Beverly Bidney, Li Cohen and Kevin Johnson.