FORT MYERS — College life became a close reach on Oct. 17 for students from Pemayetv Emahacv Charter School, Ahfachkee and other local schools attended by Tribal students, as they

The students, ranging from upper-middle schoolers to high school seniors, split into two groups: one centered around chemistry with a focus on telescopes and lasers, and the other centered around health and human services with a focus on exercise science and health equipment. Each group was led by faculty members from the corresponding departments and FGCU honor students.
PECS Principal Brian Greseth said about 35 kids from Brighton went on the trip, including students who attend PECS, Moore Haven and Okeechobee schools. PECS has brought kids on college tours in the past, but Greseth said this was the biggest group to date.

“It’s fantastic for our kids to see as many college campuses as possible. Most parents and kids say they’re going to go to college, but they base their decisions on what they hear from other people and not from seeing the school,” he said. “This really is a great eye-opener for what college life could be like for them.”

As part of the chemistry tour, students went into the Evelyn L. Egan Observatory where they learned how students and faculty research stars and the sun. While one FGCU student demonstrated computer programs and models that she and her peers use for research, FGCU physics instructor David Harris took groups of five to a state-of-the-art telescope that has a similar optical design as the Hubble Space Telescope.

Assistant Chemistry Professor Kevin Davies led students to two labs, one of which was a biohazard room – meaning researchers may utilize dangerous biological agents in research – requiring that students keep goggles on at all times. There, Davies taught the students about photoacoustics, which uses laser pulses to create images of biological tissues.

PECS eighth-grader Mariah Garner said she enjoyed visiting the campus, especially the science labs. She is interested in attending the college in the future and may consider entering the science field.

“The people at FGCU are very friendly and the campus is big,” she said, explaining some of the reasons why she wants to learn more about attending the university.

Afterwards, Assistant Professor Greg Boyce taught students about organic chemistry. Boyce explained that he and his team of researchers focus on developing synthetic versions of medicines, specifically to combat HIV and cancer. To show students how different materials work together, he combined dry ice with various liquid bases and acids, which made the liquid smoke and change colors.

Following the in-class demonstrations, students toured the university’s housing and bookstore. They ended the visit with a complimentary pizza dinner and a meet-and-greet with the university’s women’s volleyball players after the game.

Keivon Bell, K-12 educational advisor, explained that getting exposed to atmospheres outside of the reservation is essential to making post-graduate plans.

“A lot of kids on the reservation haven’t really been outside of their communities, especially to see a college,” he said. “They came here to see what it’s like to be in a classroom, be in a dorm.”

FGCU is planning another trip for Tribal students in January, where they will learn more information about the College of Engineering and another program that has yet to be decided. 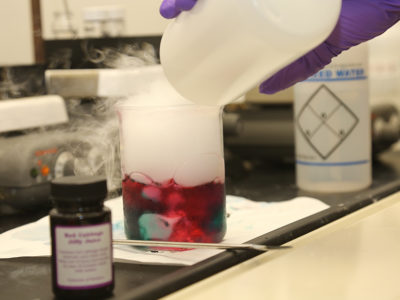 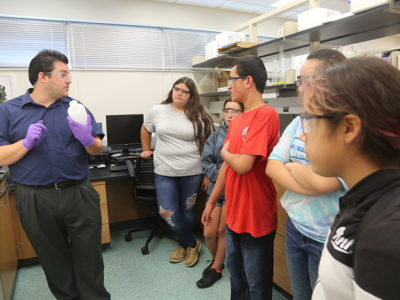 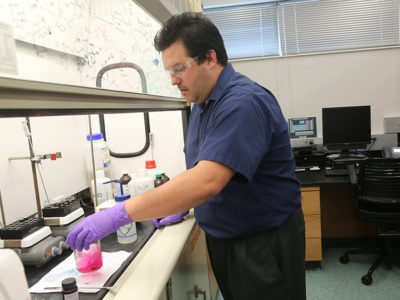 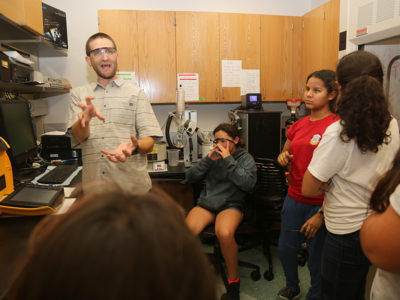 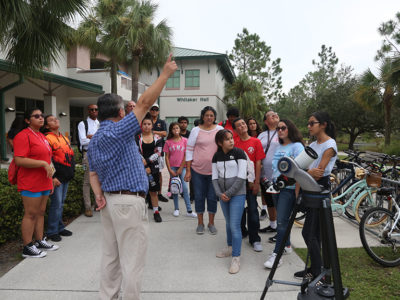 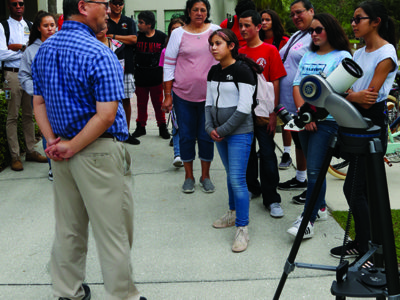 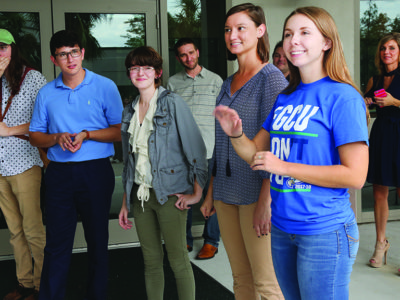 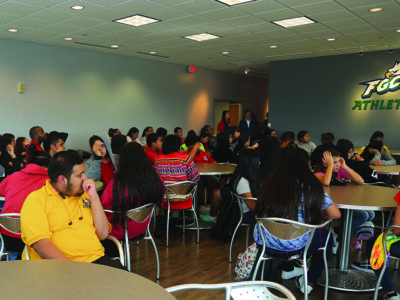