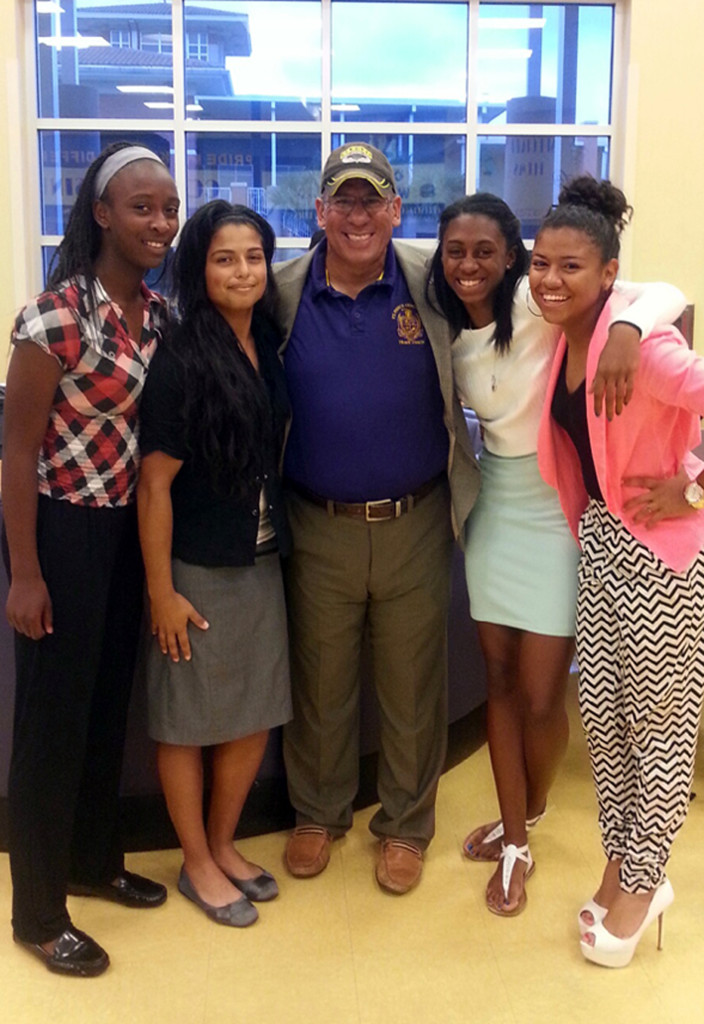 FORT PIERCE — When the Fort Pierce Central High School girls 4×100 relay team first assembled at the start of the track and field season, coach Al Nevarez figured his squad could be a work in progress.

“When they first started, they barely knew each other,” he said.

By the conclusion of the season in early May, Nevarez’s concerns had evaporated.

“They had a phenomenal year,” he said.

It didn’t take long for the squad, which includes Ke’Yhara Tommie, to convince Nevarez that 2015 would be a special year.

At just about every meet, the 4×100 team finished first, and often did so in dominating fashion, including a romp to the winner’s circle at the Class 4A-District 9 meet in April. With Ke’Yhara in her usual spot running the second leg, the four Fort Pierce girls completed the one lap in a fraction over 48 seconds. The runner-up team crossed the finish line more than four seconds later, an eternity in a 100-meter race.

Ke’Yhara, a sophomore from the Fort Pierce Reservation, ran in the second spot throughout the season because Nevarez knew she wouldn’t lose any ground.

“She’s got that explosive speed,” he said. “If we get her the baton first, there’s no one that’s going to catch her.”

A victory in the Class 4A-Region 3 meet at Jupiter High School vaulted the team into the state final May 2 before injuries halted the momentum.

Nevarez said Ke’Yhara battled a hip injury for part of the season.

“She ran when she was injured. She gave it all she got. She’s got heart,” he said.

But when the state final arrived, Nevarez said the injury forced Ke’Yhara to the sideline. Without her, Fort Pierce wasn’t the same and finished near the bottom.

“It was obvious in the state final that we missed her,” said Nevarez, who added that his squad also suffered a setback when one of the relay runners pulled a hamstring in another race earlier in the day.

In addition to relay, Ke’Yhara also excelled in individual events during the season. Although she didn’t qualify for the state final in the 100- and 200-meter dashes, she racked up top three finishes in those categories at most meets.

“She earned us a lot of points this year,” Nevarez said.

Nevarez said Ke’Yhara’s outstanding season helped her earn the most improved player award out of about 50 girls on the track and field team.

Considering all four 4×100 runners are sophomores or juniors, next season could be another memorable one. This year’s squad – the one which started with question marks – ranks among the best Nevarez has seen in his seven years as a coach at Fort Pierce Central.

“This is the best relay team in terms of chemistry,” he said. “They should be in the top four next year in the state.”