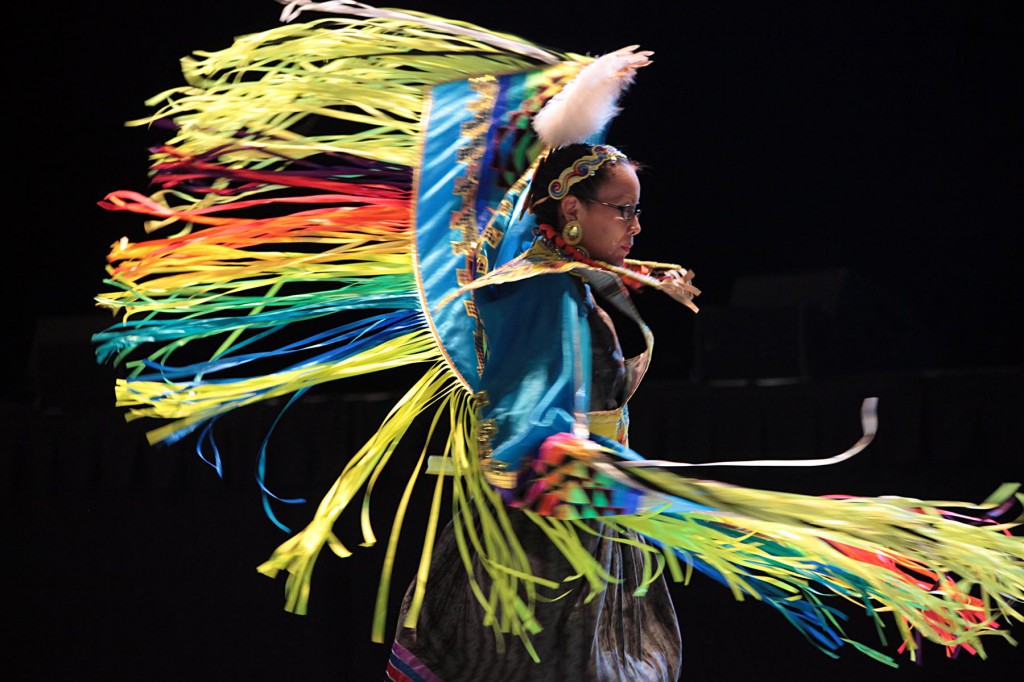 HOLLYWOOD — Led by Seminole, Florida and U.S. flags, the 43rd annual Tribal Fair opened grandly Feb. 7 with a procession of Tribal leaders, royalty and preschoolers. Dancers from Tribes throughout Indian Country paraded behind.

Dubbed a celebration of Native arts and culture, the event brought thousands to the Hard Rock Live and Okalee Village in Hollywood Feb. 7-9.

“It’s good for us to let people understand our culture,” Brighton Board Rep. Larry Howard said. “Every year it gets better and better.”

The Salinas Family Aztec Dancers from Mexico performed with fire for a captivated audience. Aztecs historically performed the fire dance to honor Xiuhtecuhtli, the god of fire. The dance, which honors fire as an important element in their lives, requires stamina, agility and athletic ability. The dancers kept the flame burning throughout the dance.

“A highlight was the wide variety of dancers we had this year,” said organizer Gloria Wilson. “A lot of people hadn’t seen the Apache Crown Dancers before. The groups were very interactive with the audience, so they got to experience a lot.”

Choctaw basketball phenomenon Kenny Dobbs, the 2012 NBA Sprite Slam Dunk champion, teamed up with Pawnee and Yakama artist Bunky Echo-Hawk to display their skills on the court and the canvas. Dobbs showcased his talent using members of the audience for more challenging dunks, while Echo-Hawk simultaneously painted him in action next to the hoop.

Native Noise, the moniker for the all-Native American lineup of musical entertainment, kicked off Feb. 8 and included the Savage Twins, Hybiskus, Osceola Brothers Band, The Plateros and Indigenous. Derek Miller and Robert Randolph and the Family Band wrapped up Tribal Fair with a concert on the last night.

For Robert C. North Jr.’s band Hybiskus, Native Noise gave them an opportunity to perform new music. A songwriter and musician, North recently moved his three-piece band away from acoustic and into electric rock and roll and debuted it to the community at Tribal Fair.

“It was kind of nerve-racking in a way,” North said. “I’ve wanted to do the electric thing for a long time. It was a lot of fun, the reaction was good and people liked it. That’s always pretty encouraging.”

Rounding out the event were an appearance by Native actor Wes Studi, clothing contests and the crowning of the new Little Mr. and Miss Seminole.

“It was awesome,” said Big Cypress Councilman Mondo Tiger. “It was nice to see all these Native Americans get together.”