MOORE HAVEN — An undefeated regular season for the Moore Haven High School football team and the program’s first regional playoff win in 20 years highlighted a memorable autumn for players from the Brighton Reservation.

Starting offensive linemen Andrew Fish, Robert Harris and Conner Thomas and defensive end Richard Harris played key roles in the Terriers’ success, which included a 9-0 record in the regular season and a thrilling 42-35 a Class 2A-Region 4 semifinal win against Glades Day on Nov. 10.

“It’s a good season. It’s been fun. It’s my first year,” said Fish, who decided to join the team during the summer after some lobbying by star quarterback John Cox III. “He told me we were going to have a good season.”

It turned out to be a great season for the Terriers, who finished with a 10-1 record after being ousted by big and fast Hialeah-Champagnat Catholic in a regional final, 47-0, on Nov. 17.

In the playoff win against Glades Day, the trio of Brighton linemen often paved the way for big gains by Cox, especially in the second half when the Terriers rallied from a 28-14 deficit. A pep talk from first-year head coach Max Manin helped pump up the Terriers.

“He told us to keep pushing because we knew were going to win this fight. Just have confidence,” Fish said. “The difference is that we worked together and communicated more and we wanted to win more than them.”

Moore Haven’s defense, with Richard Harris at defensive end, made some pivotal 3-and-out stops in the third quarter that helped shift momentum.

Cox opened the third quarter with an early 50-yard touchdown run behind lead blocking from Fish. Midway through the quarter, Cox scored on a 1-yard scamper that knotted the game at 28-28.
Late in the quarter, Glades had a first down and goal, but Cox, as a defensive back, and linebacker Lorenzo Sampson came up with pivotal tackles for losses that halted the drive and led to a missed field goal attempt.

After the teams traded touchdowns in a four-minute span in the fourth quarter to make it 35-35, Glades gambled by kicking an onside kick with five minutes left. Glades recovered the ball, but officials apparently determined the ball was touched by a Glades player before it went 10 yards. With prime field position at the 50, Moore Haven ate up most of the remaining minutes with a successful ground attack before the speedy Cox scored the game winner in the waning seconds on an 8-yard run.

Robert Harris, Fish and Thomas were part of an offensive line that exceeded expectations this season.

“They’ve been unreal all year long. I’ve been coaching offensive line for 30 years and I’ve had some good offensive lines and this ranks right up there with the one of the bests,” said Moore Haven offensive line coach Barry Goettemoeller. “Those guys take it personal when they’re not playing well. They love the game and they are so coachable, which is so hard to find these days in any sport. They’ve done phenomenal working together and they have a lot of pride in this team and this program.”

“I’m proud of the whole line. They stepped up big tonight,” added Thomas, who helped convince 6-foot-4, 298-pound Fish and 6-foot-6, 320 pound Robert Harris to join the team this summer. “I tried to get Andrew to come out when we were in ninth grade. I didn’t think he was into the whole idea of contact, but we finally convinced him to come out and he loves it. And we got Rob to come out, and he loves it.”

Thomas admitted that he wasn’t overly confident this summer about how effective the two new starting linemen would be on his offensive line, but their improvement turned out to be better than expected.

“I see all the Brighton people [in the stands]. It’s fun to represent them,” Fish said.

The good news for Moore Haven is almost all of the Brighton players will be back next season, including backup lineman Jarrett Bert and freshman wide receiver Jaylen Baker, who missed the Glades Day because he was competing at INFR in Las Vegas. Also, there could be promotions from JV for additional players from the reservation.

Richard Harris was the lone senior from this year’s group, but he’s leaving the program in good shape thanks to the undefeated regular season and playoff win.

“It means a lot to me. This is my senior year and I’m trying to get these boys the experience they need,” he said. 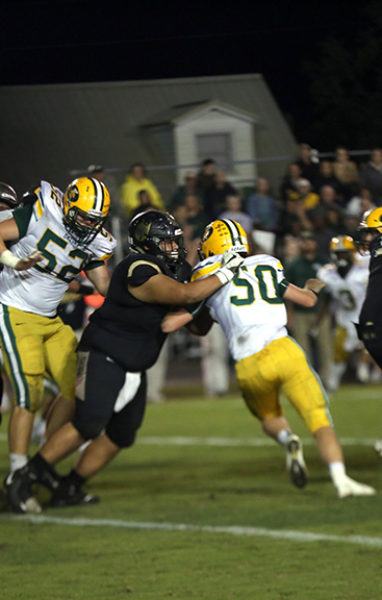 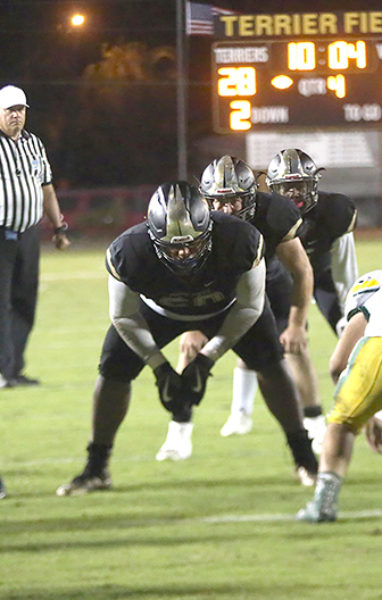 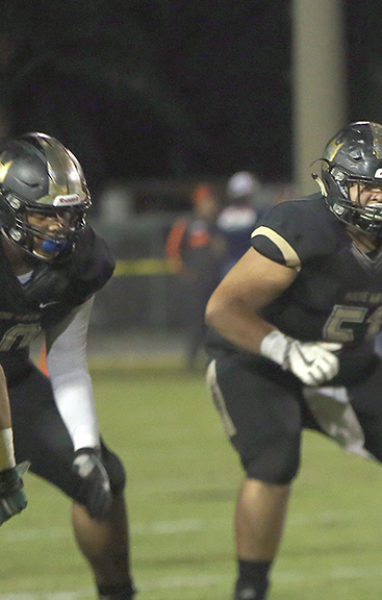 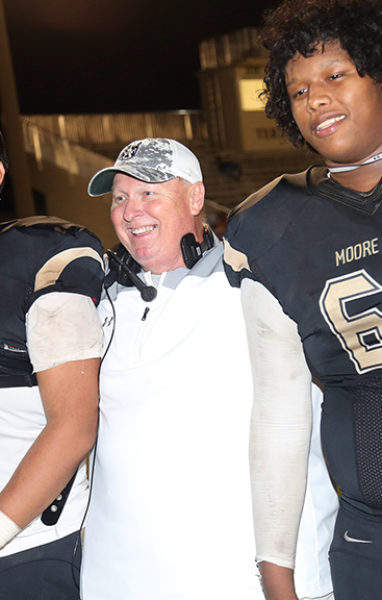 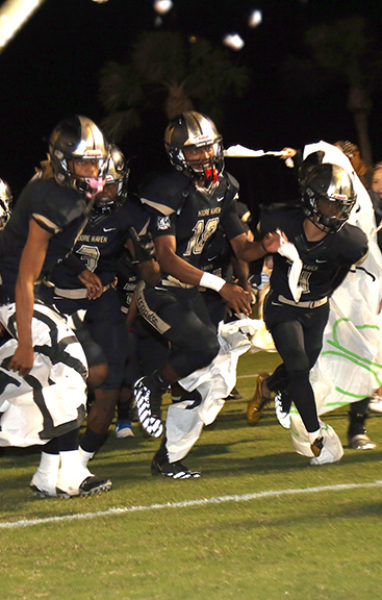 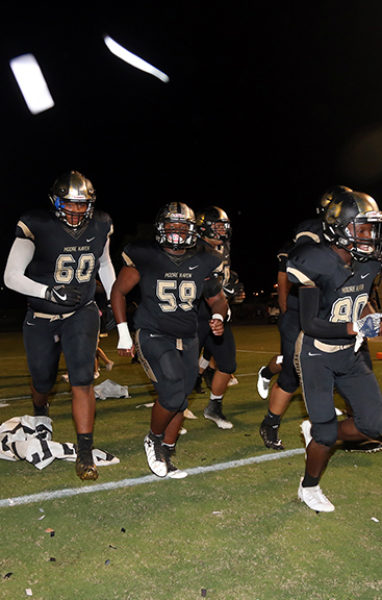 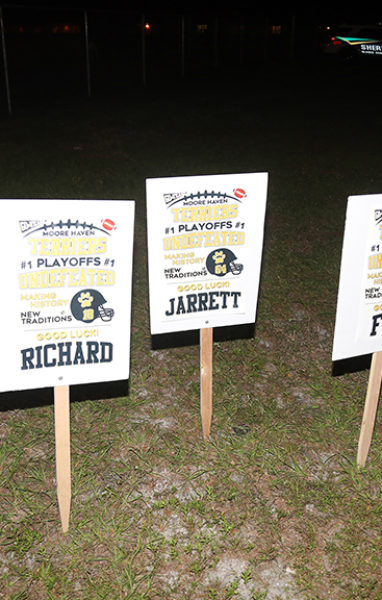 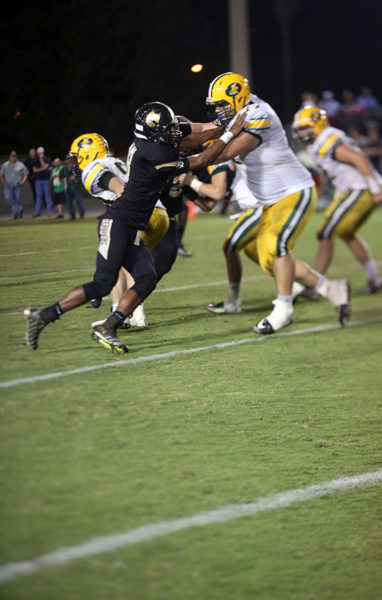 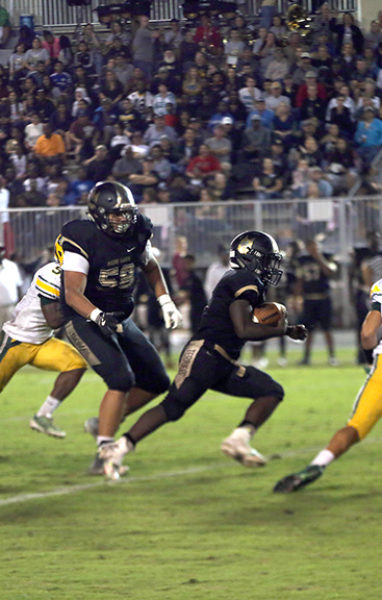 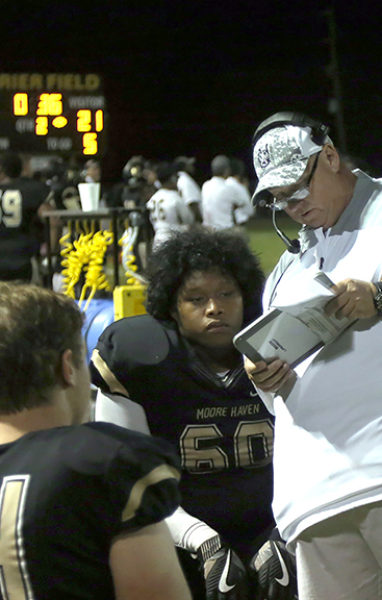