FORT LAUDERDALE — The wisdom doled out by Seminole elders more than a half-century ago didn’t escape the adolescent ears of a young Max Osceola Jr. 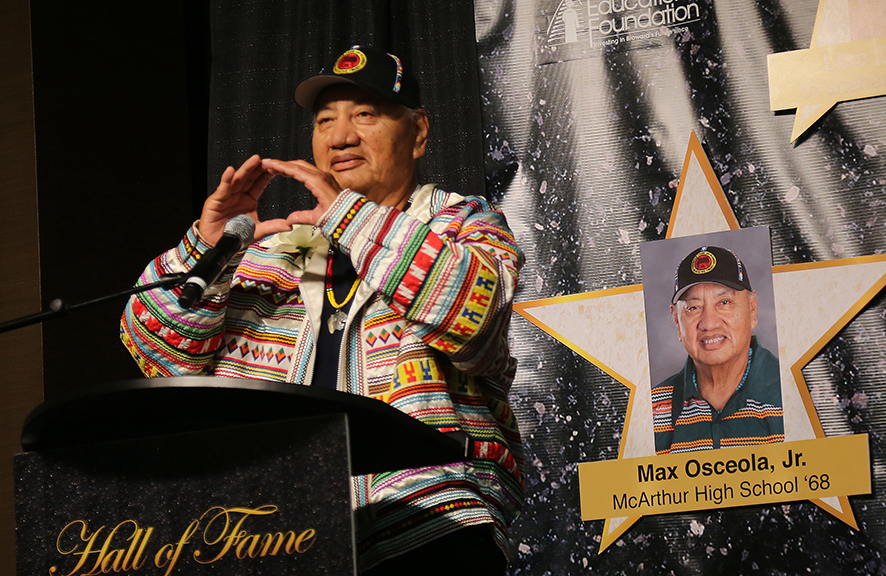 At that time, the elders realized education in classrooms – something that wasn’t yet a big part of the culture – would be critical for Seminoles’ survival.

“Our elders knew we had to learn a new skill because we couldn’t live off the Everglades anymore. So we had to live and work in the non-Seminole world,” Osceola said. “In the mid-1950s, when the Tribe was going to be terminated by federal legislation, our elders said ‘don’t terminate the Seminole Tribe, give them 25 years.’ Why 25 years? Because [the elders said] we’re going to send our children to school to get an education to manage the affairs of the Tribe.”

Thanks to the elders’ wise vision, Osceola made the most of his educational opportunities in the Broward County public education system in the 1950s and ‘60s. A path that included Stirling Elementary, Driftwood Middle and McArthur High led him to earn degrees from Broward Community College and the University of Miami. He used his education to become a leader in the Tribe as Education director in the 1970s and a longtime tribal councilman from the Hollywood Reservation who served from 1985-2010. He’s also been involved in numerous organizations inside and outside the Tribe, including the Boys & Girls Club on the local and national levels, the Winterfest Boat Parade, Stranahan House, Pine Crest School, Intermountain Indian School, Ann Storck Center and several others.For his accomplishments as a product of the Broward County public school system, Osceola was recognized Oct. 19 along with six other alums as a 2017 Broward Education Foundation Hall of Fame honoree. Osceola, a 1968 graduate of McArthur High School in Hollywood, was inducted in the community achievement category.

“Unexpected,” Osceola said after his star on the Hall’s Walk of Fame was unveiled during a ceremony outside the school board’s administration building at the corner of Third Avenue and Sixth Street in Fort Lauderdale. “They called me out of the blue in August to tell me I was going to be nominated. It took me by surprise.”

Prior to the Walk of Fame ceremony, honorees were the center of attention earlier in the morning at a breakfast less a mile away at the First Baptist Church of Fort Lauderdale’s Global Grille Event Center. Osceola was joined at the breakfast by friends and family that included his wife Marge, daughter Melissa, brother Mitch, friend and high school teammate Stephen Bowers and Stephen’s wife Elizabeth.

When McQuaid came to the stage, Osceola greeted his childhood buddy with a big hug and presented him with his Hall of Fame award.

“Max and I go back a long way,” McQuaid told the audience. “We went to Stirling Elementary School together, we played football at Frost Park for the Dania Blue Devils and we never lost a game. We also played cowboys and Indians. The Indians always won.”

In his address, Osceola recalled how terrified he was on his first day of school with Ms. Davis at Stirling Elementary.

“I was crying because I was scared to go to school,” he said. “You have to remember I grew up in a generation where segregation was the law of the land. I can remember being in Fort Lauderdale and not being able to go to certain athletic facilities, not even being able to go in a bathroom because they were whites or colored. I asked my mother, ‘mom, which one should I go to? I’m not white, I’m not colored. She said whichever one is open.”

Osceola’s first-day fears were extinguished when a little non-Seminole girl turned around and touched his arm.

As much as he appreciated the Hall of Fame’s recognition, Osceola said the most satisfying part of his educational life in Broward – and beyond – is that he successfully adhered to those elders’ wishes more than 50 years ago by getting an education and returning to help the Tribe survive and thrive. 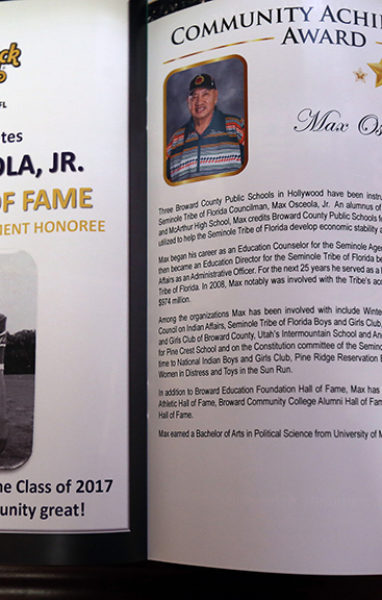 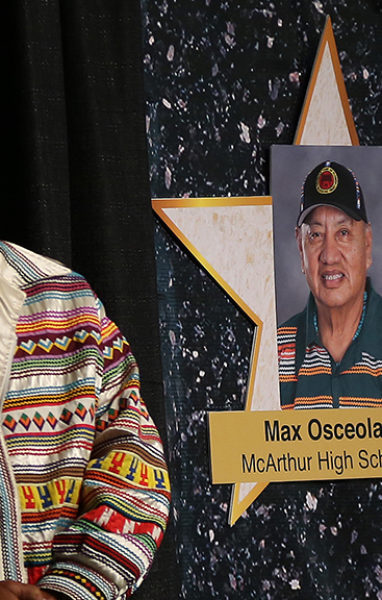 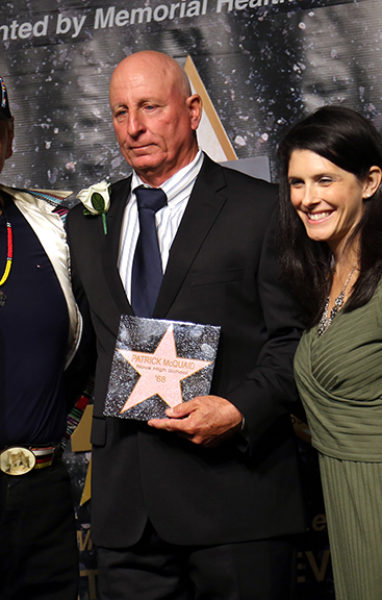 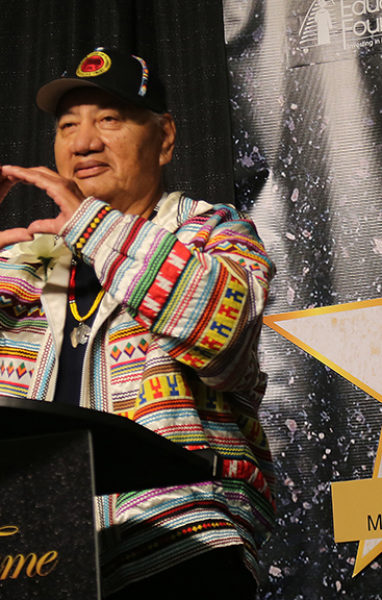 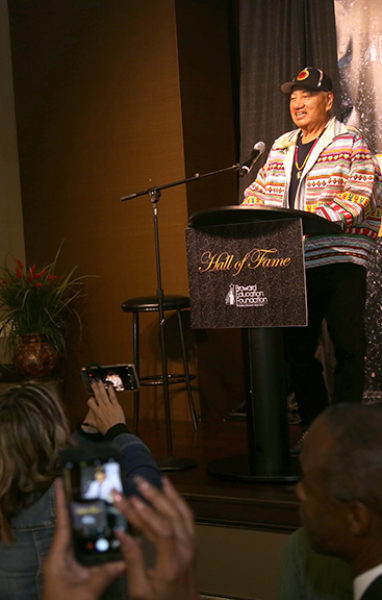 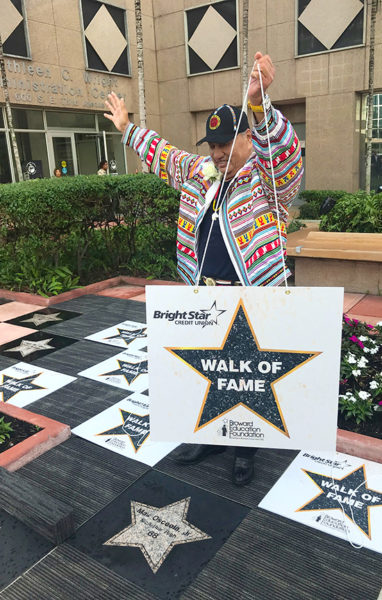 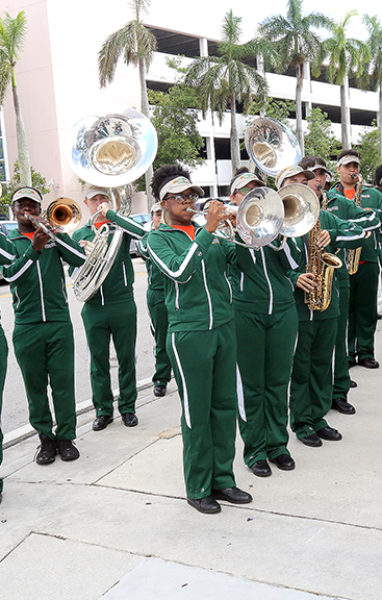 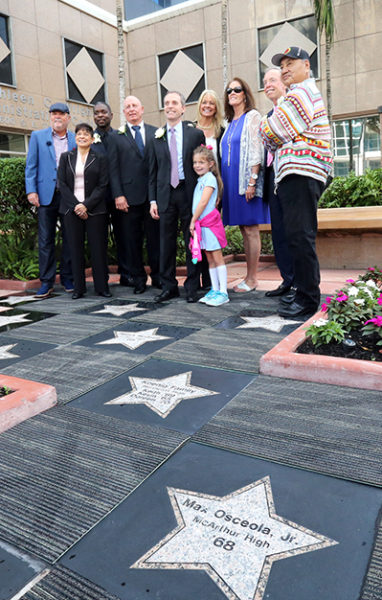 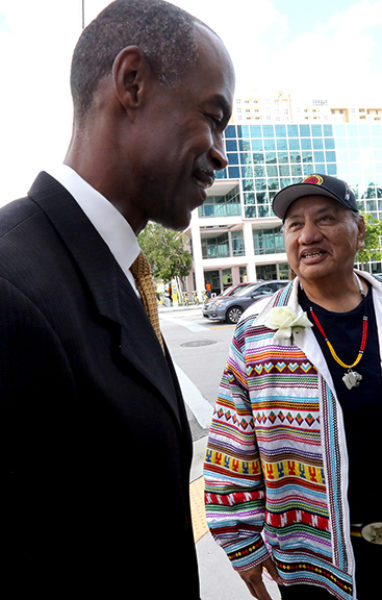 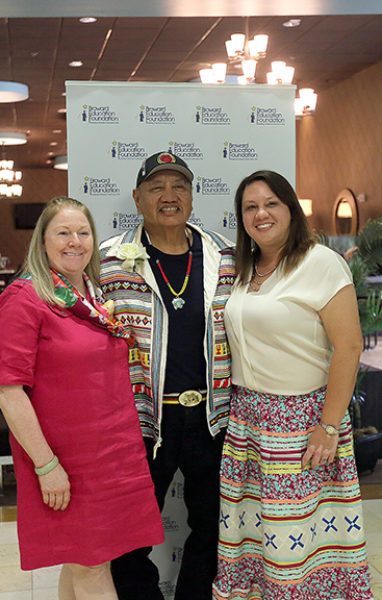 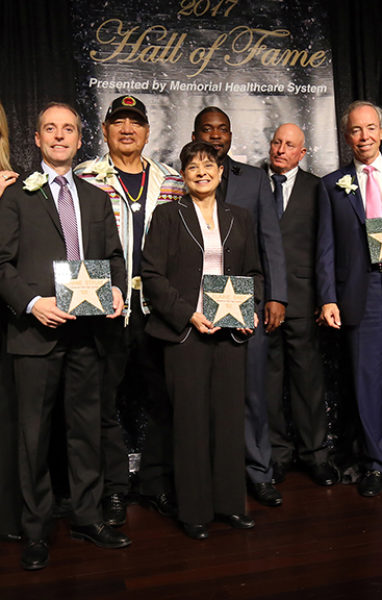 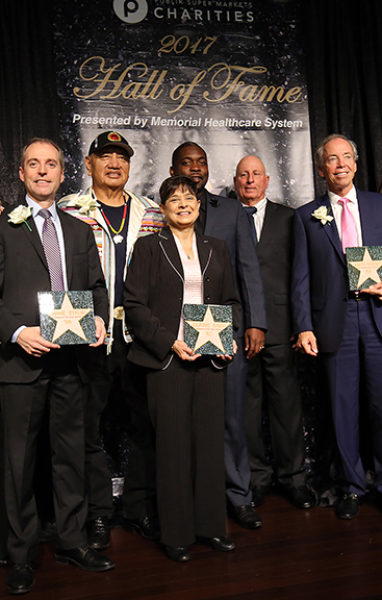 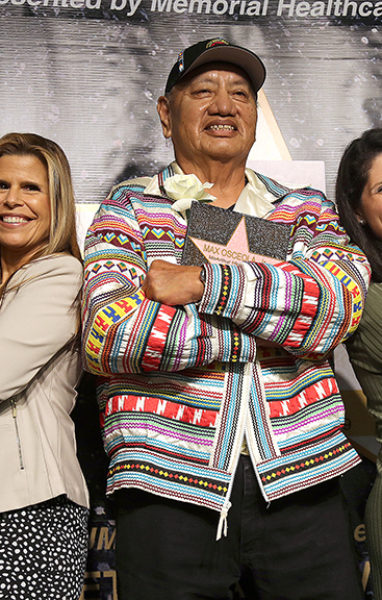 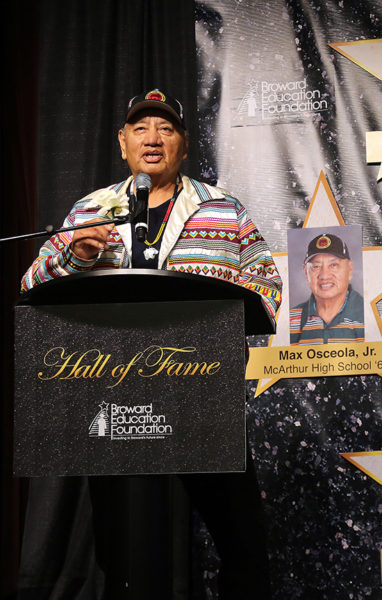 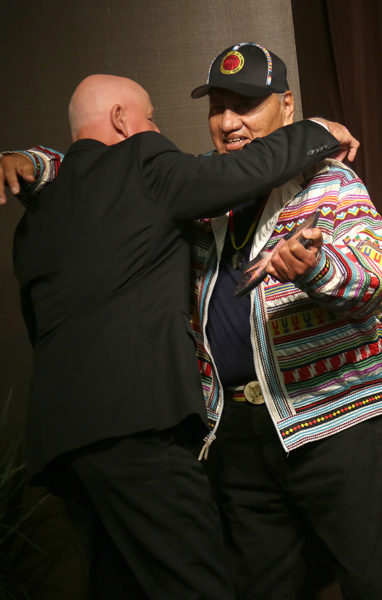