BIG CYPRESS — It’s been 34 years since U.S. Marines Lance Corporal Herman L. Osceola died in a military helicopter accident while serving his country. The presence of the Seminole hero, who was 23 at the time of the crash in South Korea, remains a vital part of the Big Cypress community that he called home.

From the 5-foot-8 Bradley Cooley sculpture of Herman as a proud Marine in front of the gymnasium that bears Herman’s name to the two large framed photos of Herman on walls inside the gym, his impact on the Tribe spans generations.

The crash claimed the lives of 29 U.S. and South Korea military personnel, including 18 U.S. Marines.

As they’ve done every year since his passing on March 24, 1984, Herman’s family along with men’s and women’s basketball teams gathered for a tournament March 22-24 in memory of Herman in the gymnasium that he helped build in 1980 and where he worked with youth as a Big Cypress Recreation worker.

“He just loved being around kids and doing things for kids,” said Herman’s sister Valdenia Osceola, who, as the youngest sibling of five, often tagged along on Recreation trips with Herman. “We used to go on all sorts of trips, movie trips, bowling trips, go swimming somewhere.”

Herman played several sports, including baseball and volleyball, but basketball was his favorite, which is one reason the Herman L. Osceola Memorial Basketball Tournament was organized. The 33rd edition featured legends and adult men’s and women’s divisions.

Valdenia, her sister Caroline and their mom Ruby each wore T-shirts from different years of past tournaments. As they do every year, they provided meals to the players and spectators and presented trophies to the champions and runner-ups at midcourt. The champions also received tournament jackets.

Ages 35 and up were up first in the Legends men’s division on opening night.

“Two legends teams dropped out, but two played. It was fun,” Valdenia said. “My mom loves watching Legends. Everybody had fun. It brings back a lot of memories.”

Captained by Andrew Bert, the Trail team won the men’s legends championship. The squad also included Glen Tiger, Bill Osceola, Earl Sanders and Eric (last name unavailable). Trail swept Old Skool two games to none. The scores were 53-22 and 46-11. Bill Osceola scored 18 points in one of the wins. Old Skool was captained by Chris Hulbutta, who scored 13 points in one game.

Trail and Old Skool were the only teams in the division. The Hollywood Ladies were the only team that registered in the Legends women’s division, so since the team was organized and ready to play, they decided to shift to the adult division, which included the Lady Ballers and Swoops.

In the final, the Lady Ballers used a barrage of 3-pointers to claim the title with a 64-38 win. Plumley hit seven shots from beyond the arc and finished with 32 points. Mercedes Osceola’s nine points all came from 3-point land. Van Stippen and Ariah Osceola made one 3-pointer each. Swoops tried its best to answer by knocking down six 3-pointers of their own.

The men’s division featured four teams and an abrupt ending.

Hustle Hard/Soul Clean opened the tournament with an 88-75 win against Darkside as Taylor Osceola drained 35 points for the winners.

BC Heat made it through pool play as the only undefeated squad. Ty Pierce led the way with 36 points in a 93-87 win against What’s Left. Ty had 18 points in a 91-79 win against Hustle Hard/Soul Clean, but his teammate and brother Trewston Pierce was the game’s high scorer with 37 points.

The championship game between Darkside and BC Heat didn’t reach the second quarter. The game was cancelled after a fight broke out in the first quarter. Darkside was awarded the championship trophy and jackets. 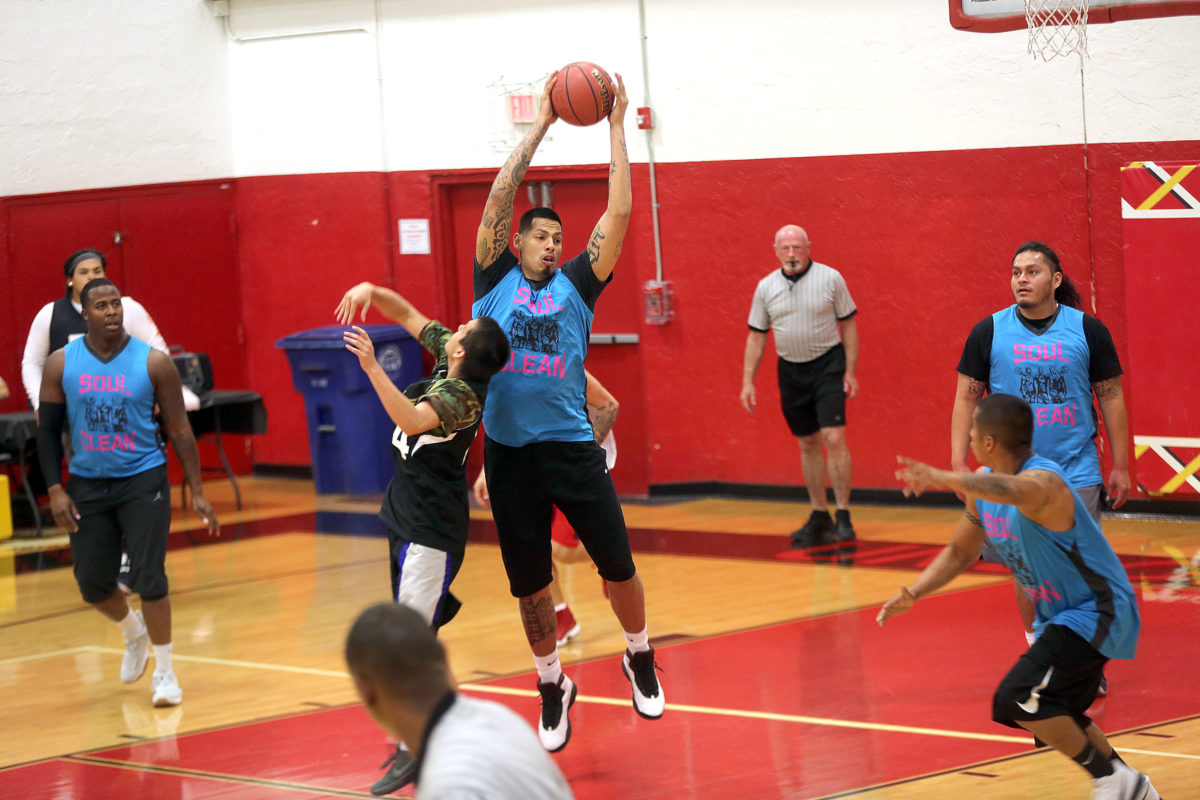 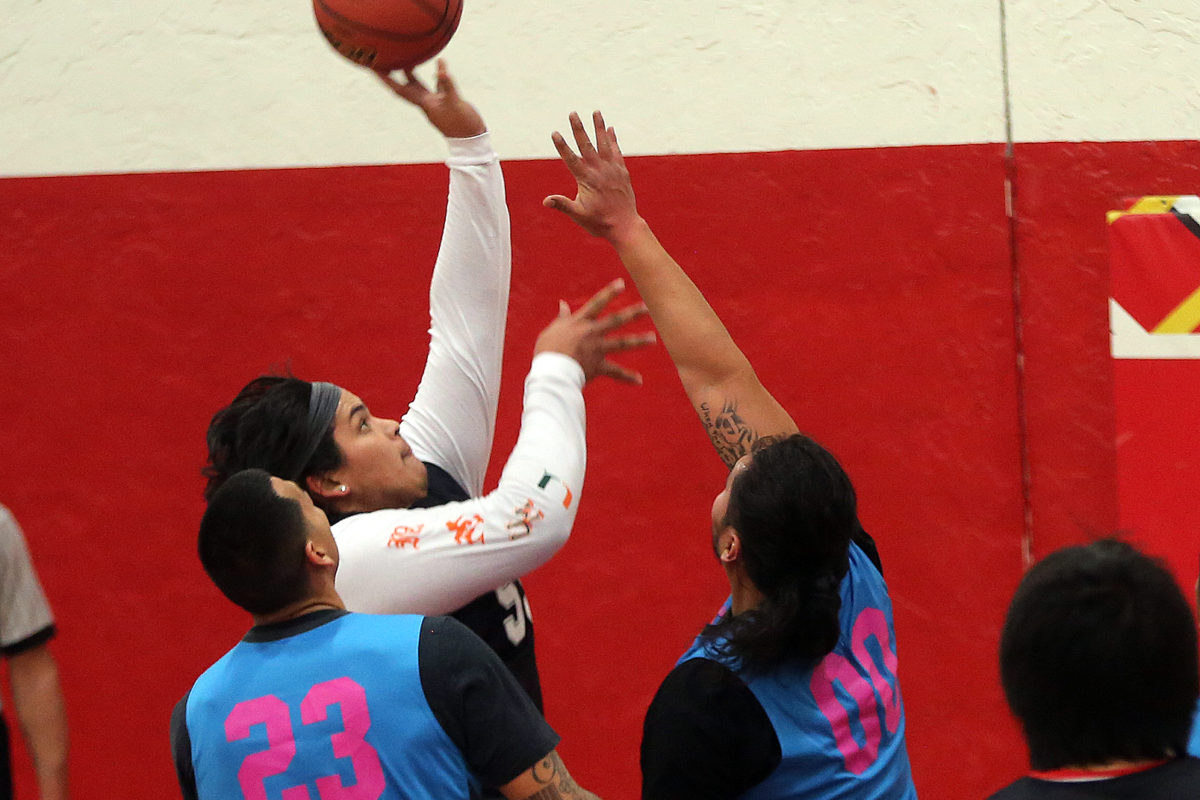 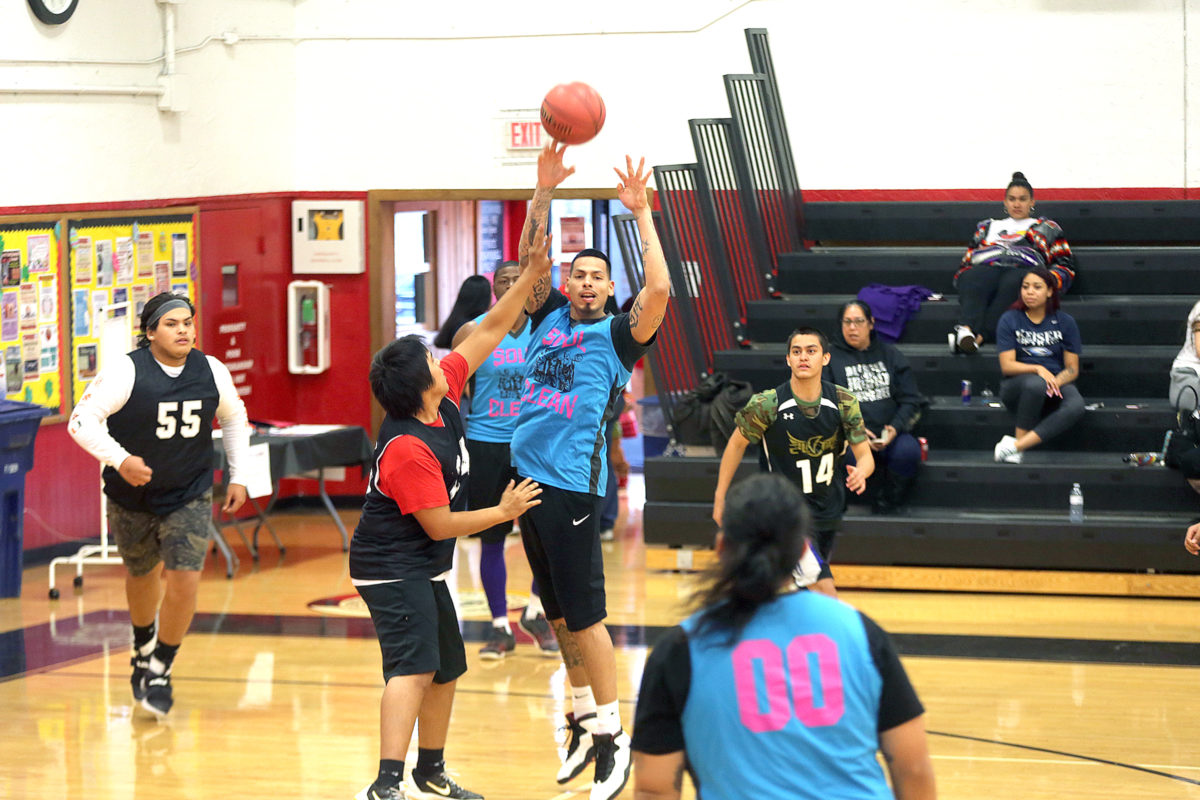 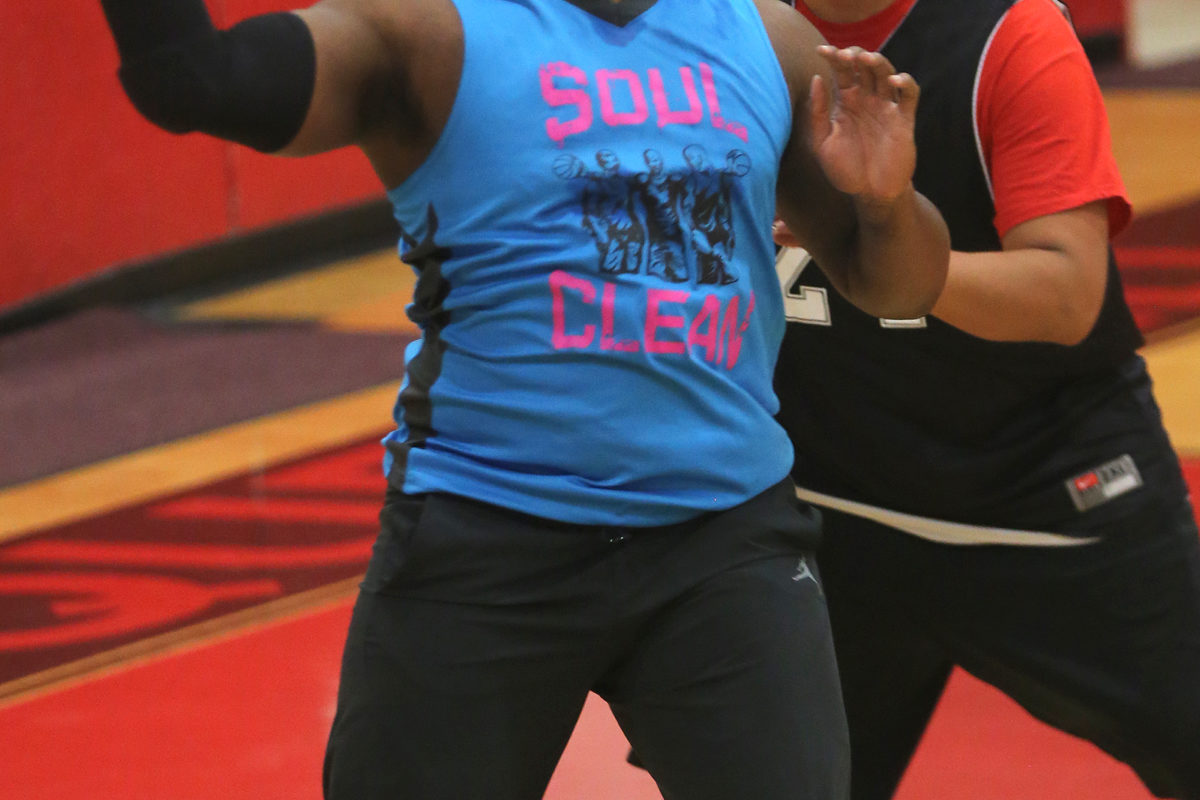 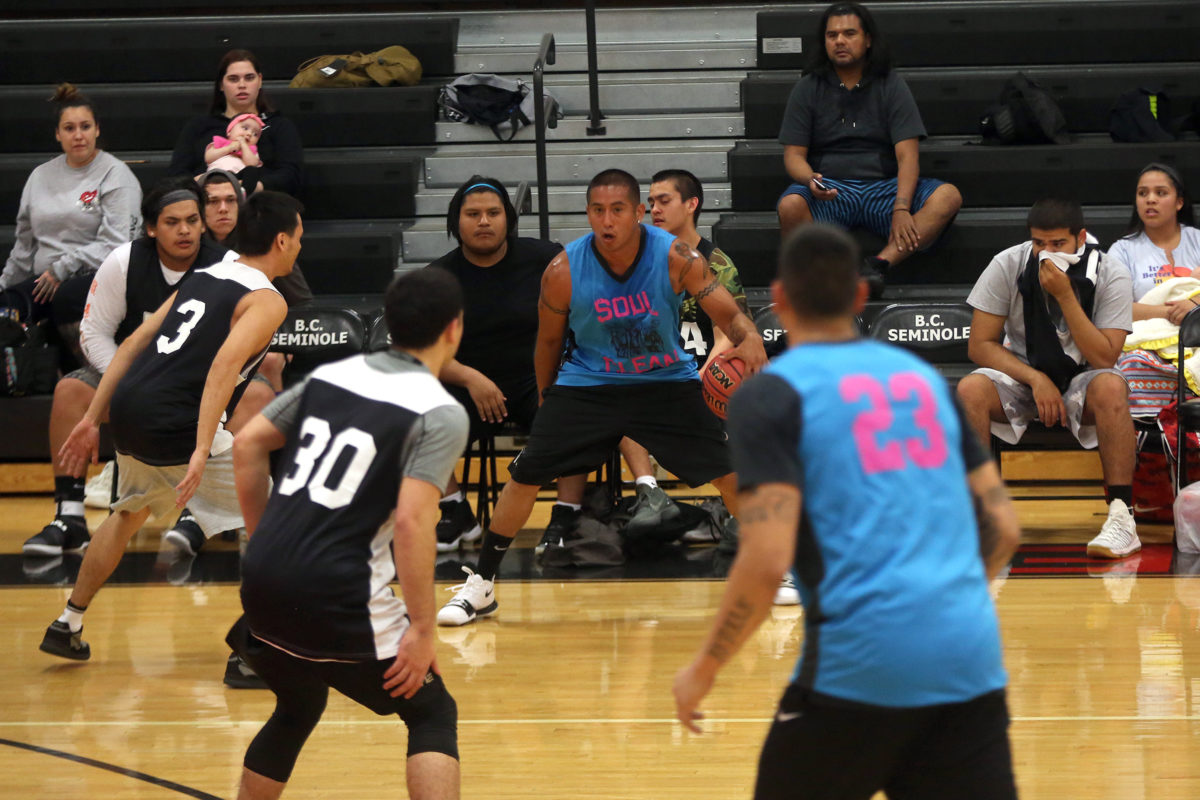 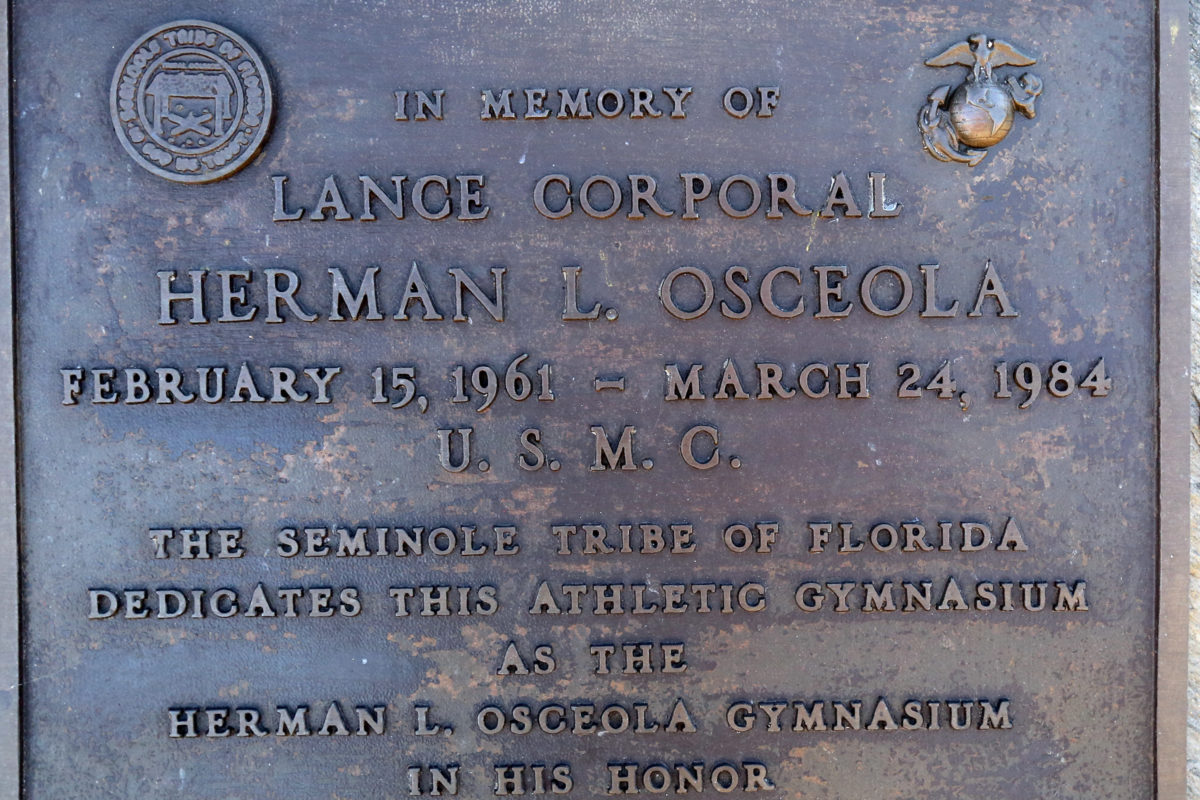 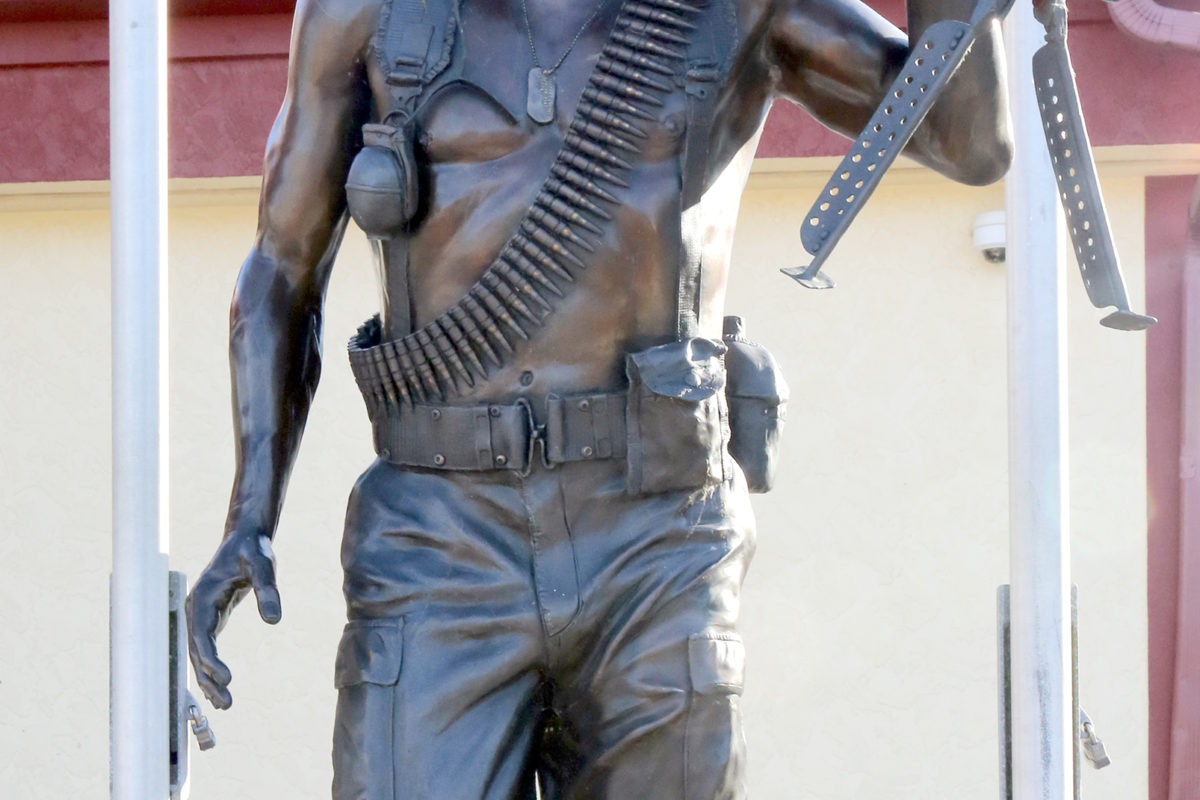