Nor is she afraid.

Even though she’s only 15, the Sagemont School freshman is more than willing to take on big challenges. Case in point: She joined seven other Florida youth on the front steps of the Miami Dade Courthouse on April 17. They are plaintiffs in the Reynolds v. State of Florida lawsuit about climate change that was filed the previous day in Tallahassee against the state of Florida, Gov. Rick Scott, Agriculture Commissioner Adam Putnam and several state agencies.

In front of about 40 people, including media and supporters, Valholly and the other kids each took turns at a microphone stating their case about the impacts of climate change.

“To see the oceans rise and people draining the swamps, it’s the most upsetting thing that anyone can imagine,” Valholly said in her three-minute address.

Valholly discussed her affection for nature on the reservation and in the Everglades. She criticized the state’s reliance on fossil fuels and nuclear power for its energy needs.

“It is the Sunshine State. We should use solar,” she said. “My house on the reservation uses solar and we get so much of our power, and the power companies pay us back because they are buying our leftover energy.”

The 62-page complaint, filed in Leon County Court, contends that state officials are endangering the youth’s future and failing their responsibility to protect the youth’s constitutional rights to a safe climate system. The plaintiffs are requesting the state “adhere to its legal and moral obligation to protect current and future generations from intensifying impacts of climate change,” according to the Oregon-based nonprofit Our Children’s Trust, which is supporting the group.

Chester said the plaintiffs seek a climate recovery plan that relies on and uses science-based greenhouse gas emission reductions throughout the state and improved land management, among other things.

For Valholly, the changes to the nature and environment which she says are occurring on the reservation are alarming.

“I see a lot more extreme weather, of course hurricanes; I’ve seen a decrease in certain animals,” she said after the press conference. “There have been less frogs and snakes and animals in general. Whether that’s because they migrated because of the weather, whether they just died out because of the food sources or just different reasons, it’s definitely sad to see.”

This fight isn’t one that Valholly said is about her, but rather the entire Tribe.

“I grew up here and I want many more Tribal kids to grow up here,” she said. “We fought so many wars with the U.S. before … and now I’m bringing a new one and I want Tribal kids to realize this and I want everyone in the Tribe to be involved because we want to fight for our land and it’s so important us.

Valholly’s parents – Big Cypress Board Rep. Joe Frank and Rhonda Roff – attended the press conference in Miami and expressed support of their daughter.

“I’m really proud of her for taking this on,” Rhonda said. “This is an issue most adults are afraid to think about. Anybody that takes it on is brave, particularly a teenager who already has a full plate.”

“She’s determined and I know she wants to make a difference. I’m proud she’s taking a stand,” Rep. Frank said.

The governor’s office contends that Gov. Scott is doing his part to protect the environment.

“The governor signed one of the largest environmental protection budgets in Florida’s history last month – investing $4 billion into Florida’s environment. The governor is focused on real solutions to protect our environment – not political theater or a lawsuit orchestrated by a group based in Eugene, Oregon,” Gov. Scott’s spokesman McKinley Lewis said in a statement in a Miami Herald article.

Valholly said she and her fellow plaintiffs, who range in age from 10 to 20 and live in Alachua County, Gainesville, Miami, Pensacola and Satellite Beach, are ready for a lengthy battle.

“Hopefully after this one … changes will be made, but change takes time and I’m ready to fight for that change,” Valholly said. 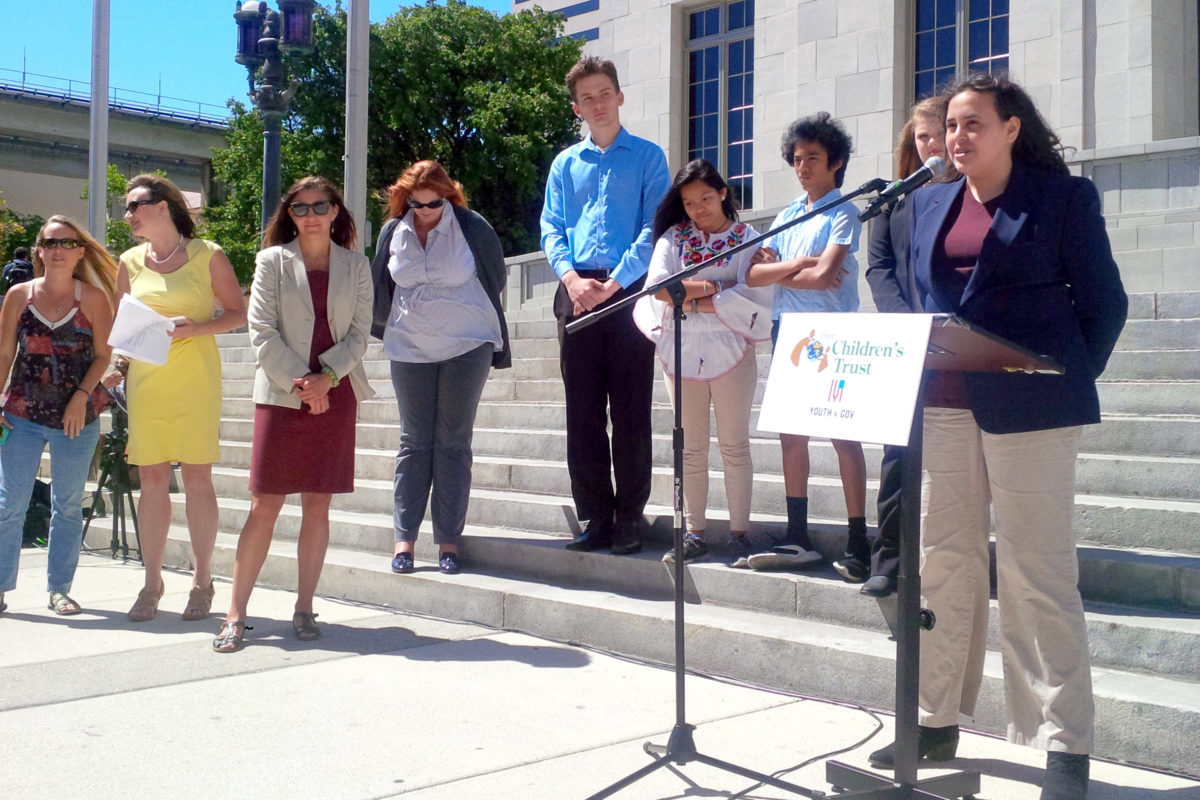 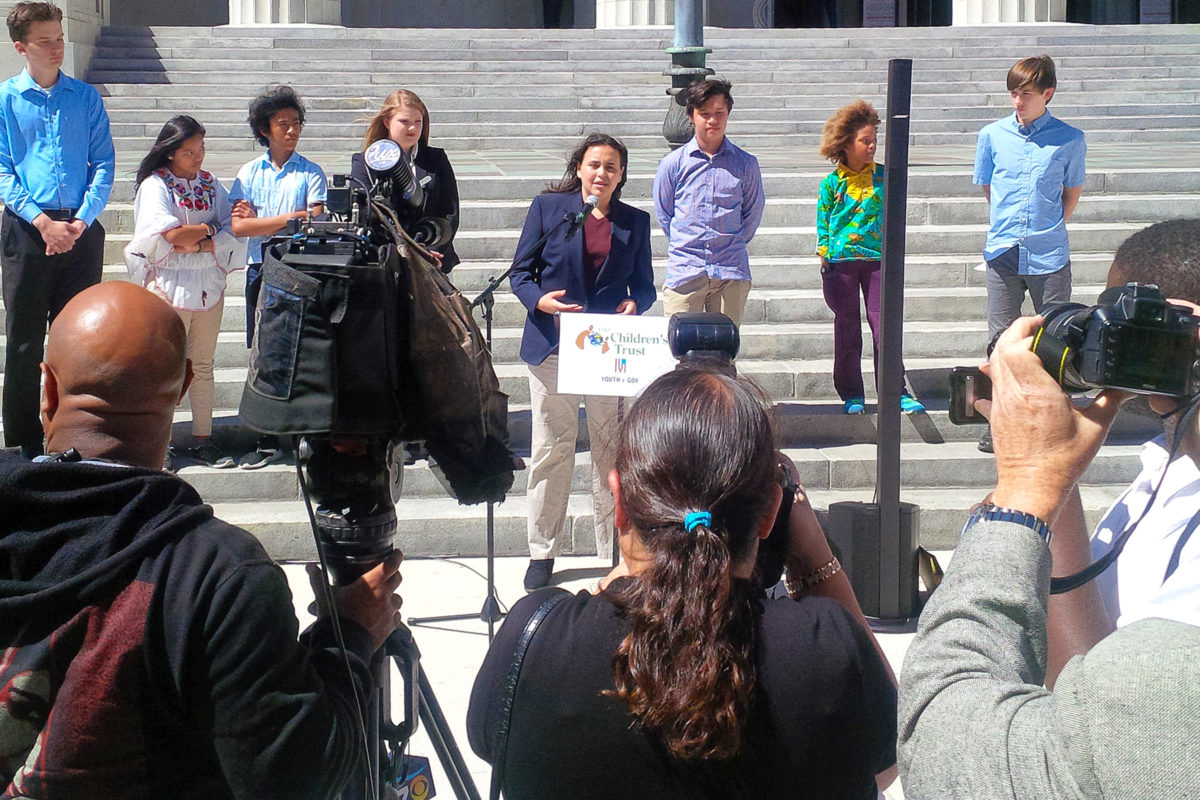 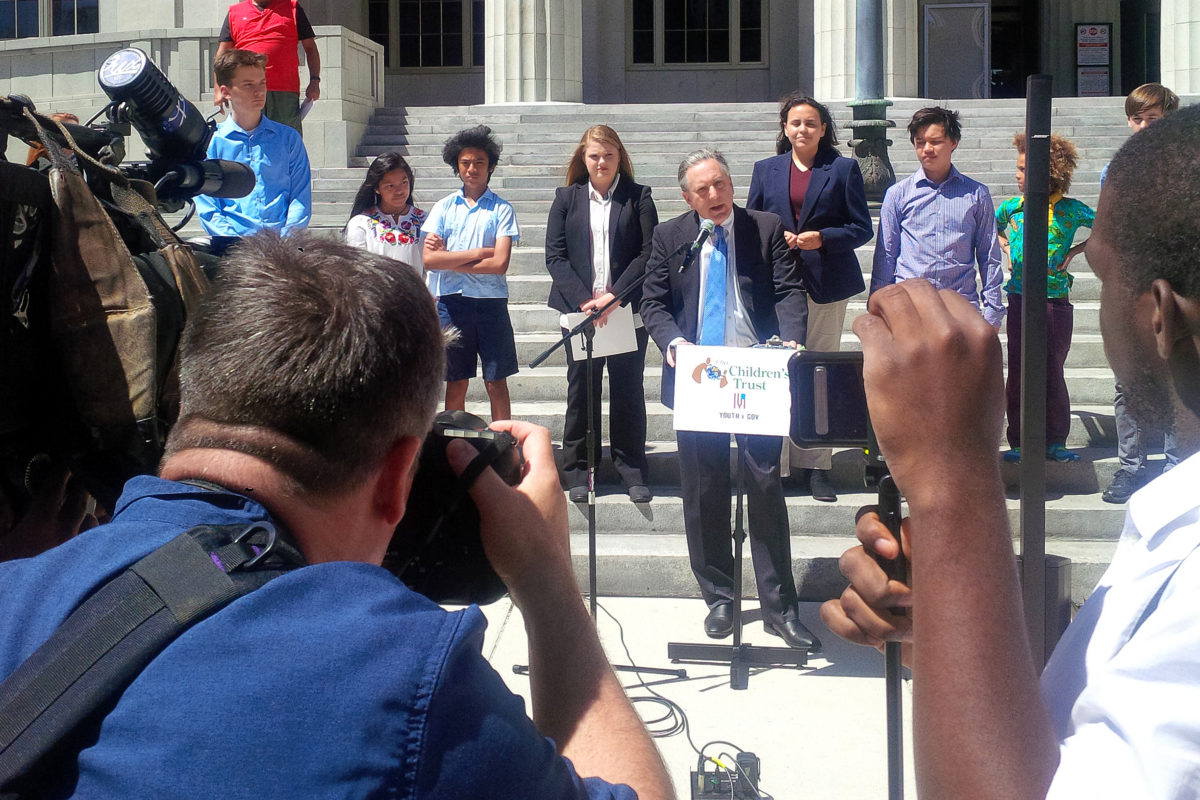 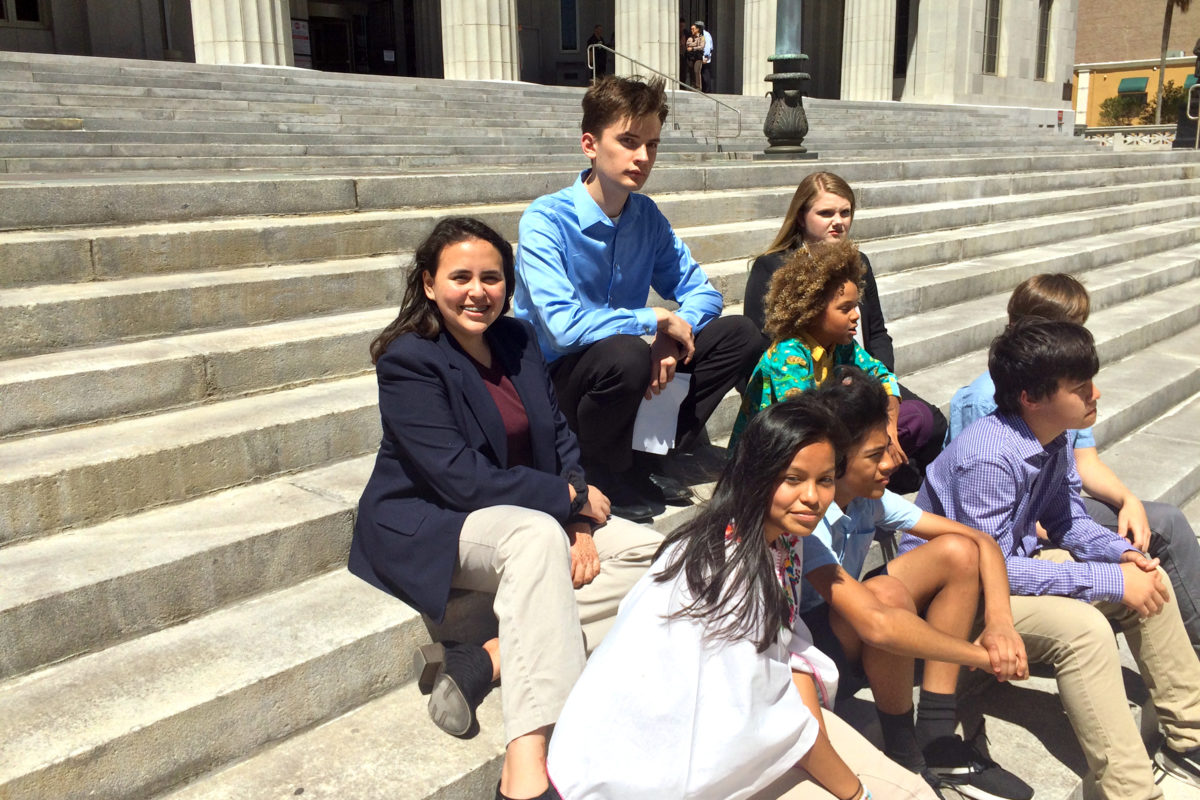