HOLLYWOOD — A disaster, no matter how devastating, tends to strengthen ties between people

as they work together to overcome adversity. The Seminole Tribe’s employees came together valiantly before, during and after Hurricane Irma to help Tribal members get through the ordeal safely.

“We appreciate everything you do and thank you very much for your service to the Tribe,” said Chairman Marcellus W. Osceola Jr. “The tireless effort that you put in to make sure we made it through, I can’t tell you how proud I am to be standing here today and addressing you; it’s truly and honor and a pleasure.”

“We couldn’t ask for better employees,” he said. “If I ever have to go to war with any country, I’d be very happy and proud to walk side by side with you guys.”

After a shout-out to his beloved New York Yankees, who were fighting for a spot in the World Series, Brighton Councilman Andrew J. Bowers Jr. thanked the employees.

“We appreciate your service and sacrifices because you are the spokes on the wheel that makes this big wheel called the Seminole Tribe turn,” Councilman Bowers said. “We need you probably more than you need us. We’re just elected folks, we aren’t firefighters, engineers, school teachers, IT folks and others with the skills; we appreciate you. Without you, we wouldn’t be operating the way we are.”

Councilman Bowers also mentioned the disaster that Hurricane Maria inflicted on the Caribbean.

“If we sent Seminole Tribe employees down there, they would probably get better results than what they are getting now,” he said to enthusiastic applause.

“I know when our community got hit hard, the employees out there stepped up,” said Big Cypress Board Rep. Joe Frank. “I definitely want to say a big thank you.”

Rep. Frank took a big lesson from the devastation suffered by the Miccosukee Tribe 25 years ago from Hurricane Andrew. He knew the Tribe needed to be ready for the next big one.

“Today, with the accelerated climate change we’re going through, the oceans are getting warmer and we’re going to see more of these,” Rep. Frank said. “As they come across the Atlantic, they will have time to gather more energy. So don’t lose your skills, we may need them.”

Hollywood Board Rep. Gordon “Ollie” Wareham described what happened in the aftermath of the storm at the Hollywood Trading Post.

“We got lucky on this side, we didn’t get much of the breeze,” Rep. Wareham said. “We knew we needed SPD at the gas station and that there was going be chaos in the streets and at the other gas stations. We heard from our customers that it was a mess out there, at each gas station there was a three to four-hour wait and many were running out of fuel. At our station, there was order out of this chaos. SPD kept order and our customers and Tribal members were happy. Fuel trucks were escorted by SPD officers, we made sure our employees were safe and that those lines were open.”

In addition to lunch, the Tribe rewarded employees  for their service with a paid day off.

“Call it a holiday/Hurricane Irma day,” said SPD Chief and Director of Public Safety William Latchford. “On behalf of the Tribe, we thank you for what you did and do every day for the Tribe.” 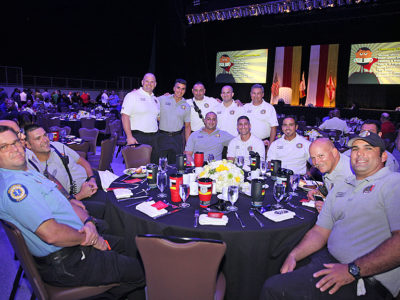 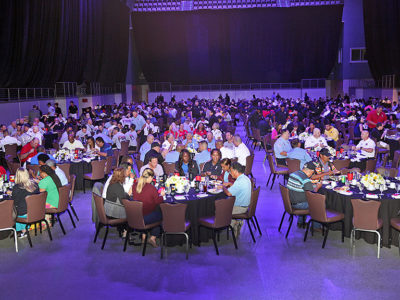 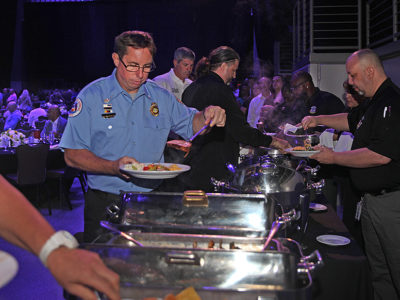 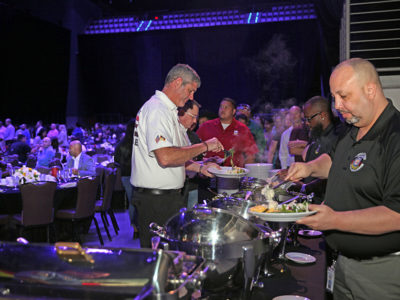