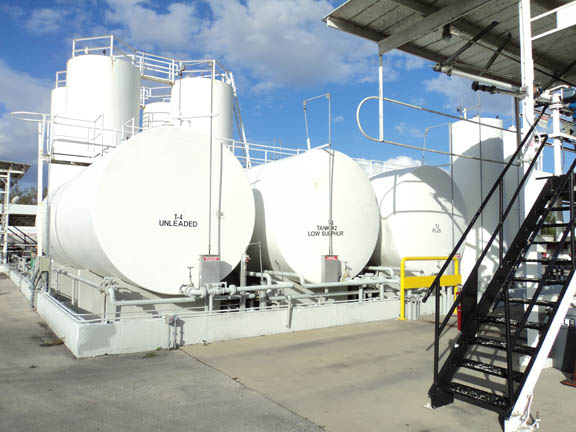 The Tribe’s decision to get into the oil business is paying off.

With the large amounts of gas sold at the Trading Posts and used throughout Seminole Tribe operations, the Board of Directors jumped at the opportunity to enter the energy business when Evans Oil became available for purchase.

Three years ago, Big Cypress Board Rep. Joe Frank realized the Naples-based company was on the market, and the Tribe finalized the purchase of Evans Oil last August.

“Energy has been one of my primary focus areas,” Rep. Frank said. “Evans puts us in the energy market and maybe we can leverage it into other energy sources, including renewables.”

Since buying the distressed company, the Tribe has revived sales and customers. Evans Oil declared bankruptcy in 2011 when revenue dropped to $15 million a year, but the Tribe regained the company’s former suppliers, improved its customer base and increased sales to a projected $60 million in its first year.

“We pumped a lot of life into the company,” said Michael Ulizio, the Tribe’s chief financial officer. “By using the Board’s management expertise, we were able to take advantage of an opportunity. Gas will be around for a long time; it’s a good, solid business and will create long-term value for the Tribe.”

The company’s assets include a Naples facility, which contains 16 storage tanks with a 250,000 gallon capacity, 44 tanker trucks, and customers and suppliers, including Chevron, Marathon, Valero, Citgo and TransMontaigne, a wholesaler of non-branded products. The Tribe kept the original employees, who provided excellent service but needed leadership, Ulizio said.

The fleet of 44 tanker trucks is currently put to work filling gas station tanks from Tampa to Orlando and south on both coasts, as well as the Tribe’s Trading Posts, which sell about 500,000 gallons of gas each month. The tanks in Hollywood are filled almost daily, while Brighton’s are filled about twice a week.

The Naples storage tanks are filled with product that comes into Port Tampa Bay.

“I hope Tribal members one day can pull into any gas station in the state and it be serviced by a branch of Evans Oil,” Rep. Frank said.

“We can control more of the supply chain,” he said. “We look at what we’ve done to leverage our sovereignty and tax-exempt status. We want to evaluate any tax savings and pass them along to the end consumer in terms of cheaper fuel.”

The Board is exploring buying crude oil from the source and refining it, instead of purchasing refined oil at higher costs. They recently completed an agreement with Canal Companies, a Native American-owned refinery based in Louisiana, to help make it happen.

The Board aims to purchase crude oil, have Canal refine it and then ship it to Tampa.

“Evans is the first piece of the puzzle,” President Sanchez said. “There is a method to the madness here. Anything we look at we try to see if there is synergy. If we can accomplish that, it will affect more than one enterprise. We ask how one acquisition can help other ones already in place.”

For now, the Tribe will focus on gaining more suppliers and customers.

“We’ve been making a lot of headway,” Ulizio said. “Getting the confidence back is the greatest challenge, but we’re succeeding more every day.”