SWAMP (Seminoles Without Addictions Make Progress) is led by the Center for Behavioral Health department’s Fred Mullins and will meet monthly at the club. The program, designed as a prevention outreach program for youth, is a collaborative effort of tribal departments including education, culture, recreation, health, fitness and Boys & Girls Club. Programs include prevention lessons, activities and incentive trips. The program has been active in Immokalee for seven years.

“Our goal is to build character with a mental and emotional commitment to avoid all high risk behaviors that threaten the future of the Seminole Tribe,” said Mullins, aftercare prevention counselor.

The festivities began under a tent with the “Great Pickle and Sausage Giveaway.” As the kids devoured the pickles and sausages, Mullins got their attention with a question: In what city do kids eat the most pizza? Everyone claimed to know the answer, but New York, Chicago and Hollywood were incorrect. The answer, according to Pizza Hut, is Fort Wayne, Indiana. Who knew?

Allied health program manager Suzanne Davis and health educator Jamie Diersing got the kids on their feet and running, hopping and walking backward laps around cones in the field. When the skies opened up, the group headed for the safety of the Boys & Girls Club auditorium for the rest of the program.

A rousing game of musical chairs, a lesson about setting goals and a team money grab game followed by a spaghetti dinner rounded out the event.

Mullins taught the action lesson of the day, which was all about setting goals. Once the kids were settled down, Mullins told them he was about to tell them something that will change their lives.

“Catch your dream,” Mullins said. “Your big dreams are all about you, this lesson will make your dream happen but it all begins with you. Dreams that come true don’t just happen.”

To reach a goal, everyone must have a plan and follow it, Mullins said. He outlined the steps with an interactive slide show.

Step 1 is to name the goal; “dreams should have a deadline”, Mullins said.
Step 2 is to visualize it; “picture yourself reaching the goal and living the dream, imaging you’ve already achieved it. Imagination is faster than the speed of light.”
Step 3 is to say “I can do it.”
Step 4 is to think of how to do it; “make a plan and know you are only going to get there with other people’s help.”
Step 5 is to go for it; “take action and start today, don’t just talk about it.”
Step 6 is to reward yourself for doing a good job.

“At some point in their lives, people told each of them they couldn’t do it,” Mullins said.

After the lesson, the kids divided into teams for the money grab. A money blowing machine large enough for a person, some balloons and plenty of fake money and real cash was set up on the stage. Parent Billy Walker put in a wad of bills and the team captains got into the machine one at a time.

The balloons, funny money and cold cash circulated around the kids as they tried to grab as much as possible in just a few seconds. Any cash they held onto was shared with the team.
Before the game began, Mullins imparted one more important life lesson. 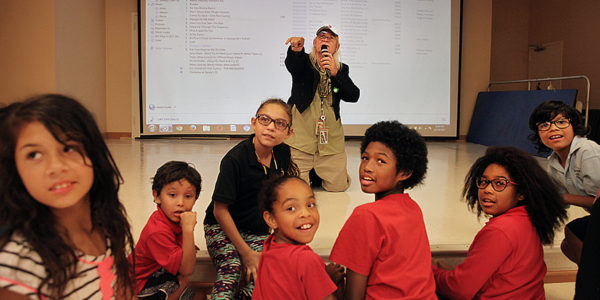 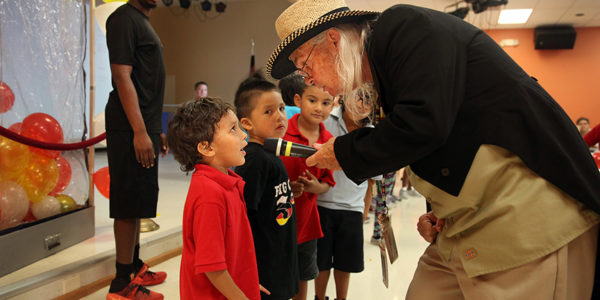 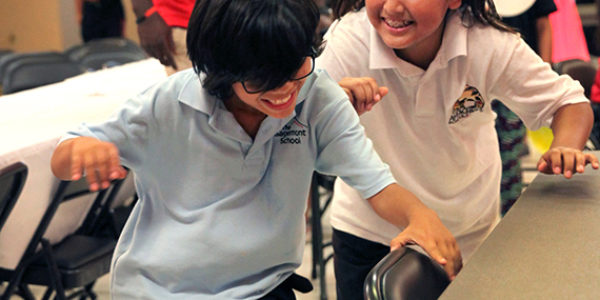 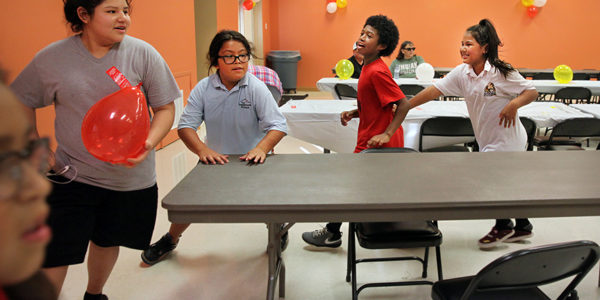 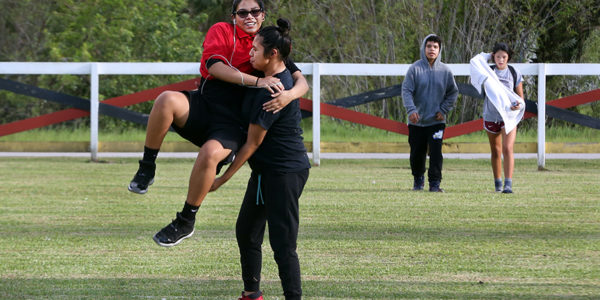 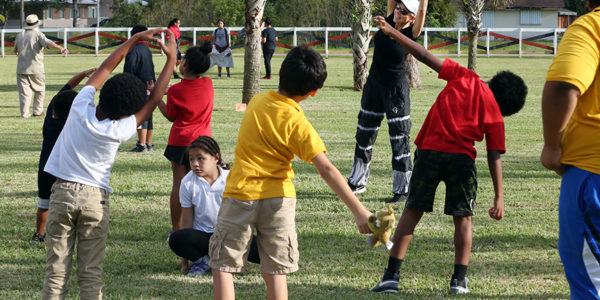 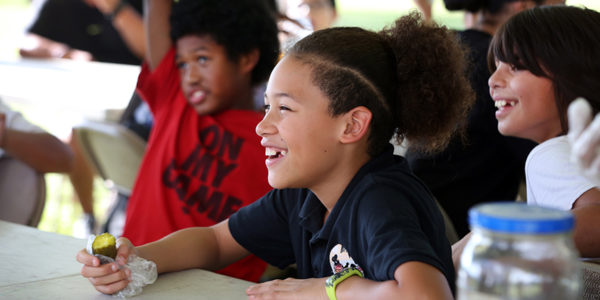