The Lady Seminoles’ softball team finished an undefeated season with an 11-0 final record, including a come-from-behind 19-8 win over Ahfachkee School in the season finale on April 3.

The Lady Seminoles, coached by Darryl Allen, will go into the 2013 season with a 20-game winning streak that dates back to last year.

As for the Seminoles’ baseball team, the first-year squad came into the season with some challenges, having to adjust to playing on their high-school-sized field at Brighton’s Ollie Jones Memorial Park and having to play against two junior varsity teams.

Through it all, the Seminoles, coached by Harry Tewksbury, handled those potential setbacks well, finishing the home portion of their schedule with a 4-0 record, including wins over Moore Haven, Sebastian River High School, Everglades City and Ahfachkee.

The Seminoles finished their inaugural baseball season with a 1-1 record against junior varsity teams, having lost to Okeechobee High School and having won to Ahfachkee.

Overall, the Seminoles ended their first year with a 9-1 record and claimed victories over Gifford Middle School and Storm Grove Middle School. 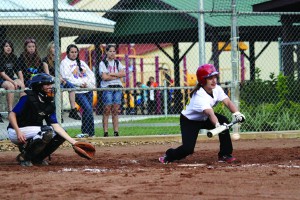 Since last season, Allen said the softball team has experienced considerable growth, despite having many new players join.

“We went from being the unknown and undiscovered to going undefeated,” Allen said. “We were loaded last year and extremely young this year. Our age and grade said we were inexperienced, but not our play.”

Allen said this year’s team was “full of fight,” giving their all throughout the season.

“Going into the season, I was continuously asked about our pitching because we lost three pitchers from last year’s team,” Allen said. “Pitching was a strong point for us this year.”

The team’s starting pitcher, Diamond Shore, brought experience to the team, having pitched in 11 games, all wins.

“At times we showed signs of being young defensively, but we outworked our weaknesses and polished our strengths daily,” Allen said.

He emphasized the importance of accountability among the players, and it translated into the classroom as well.

“The biggest improvement of this team didn’t happen on the softball field, but it happened in the classroom…Going 11-0 and winning 20 straight games in a row was a great accomplishment, but it doesn’t hold a candle to every student athlete on this team having a 3.0 or better GPA,” Allen said.

Another key to their success this season was the newly instated dress code, which served as a form of self-discipline on and off the field.

“I wanted them to look to their right and left and know that the player next to them was no different than they were,” Allen said. “How you carry yourself and the way you dress has a huge reflection on your performance.”

The team’s determination to win contributed to their success, Allen said.

“This team has a ‘never say die’ attitude and refuses to accept failure,” he said. “They don’t mind being pushed to greatness because they know what the outcome is for success.” 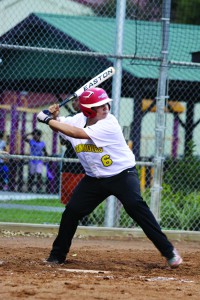 The Charter School’s baseball team played on the road for six games, achieving a 5-1 record. Tewksbury said playing on the road was a challenge for them at the beginning of the season, but he knew they would pull through in the end.

“We knew that we would be on the road a lot because we were the new kids on the block, and we bit the bullet on that,” he said. “These guys took the away games in stride.”

The players learned to embrace the experience, Tewksbury said.

“The guys all got along great and seemed to know what their roles were on the team,” he said. “We always had discussions during the bus ride about not playing scared or being intimidated by anyone.”
However, the team’s biggest challenge, Tewksbury said, occurred on their home field – a high-school-sized field.

“Our team adjusted to the field rather quickly,” he said. “These guys had never played on a high-school-sized field before, so I wasn’t sure what to expect. The distance between the bases (90 feet) and the distance from the mound (60 feet, 6 inches) to home plate was definitely a concern going into the season. Our guys were a little intimidated at first but that quickly went away.”

The team’s confidence grew with each passing game, Tewksbury said.

During the team’s first season, the Seminoles gave up just 24 runs in nine games played; that’s an average of less than three runs made by the opponents per game.

“Our pitching was very good all season,” Tewksbury said. “We threw about five times as many strikes as we did balls, walking very few in the process.”

The team’s hitting was on point as well; the players finished the season with a strong overall batting average of .306. In addition, the Seminoles rarely struck out, taking 84 walks this season.

To top it off, the Seminoles scored 84 runs in nine games, averaging 9.3 runs per game.

“I told them that there are two kinds of pain in the world: the pain of discipline and the pain of regret,” Tewksbury said. “We went into that pretty deep at times. Also, as a team we prayed before and after every game, and I hope that they will remember that God holds the future and what is important in life.”

Tewksbury said he believes there’s a bright future ahead for the baseball program.

Assistant coaches Gene Thomas and Tom Finney, as well as the Brighton community, showed their unwavering support for the team and the Charter School’s athletic program as a whole.

“I feel very blessed to be involved with these student athletes and this school in general,” Tewksbury said. “The community has supported our sports programs very well, starting with Chairman James E. Billie, Council Rep. Andrew J. Bowers Jr. and Board Rep. Larry Howard.”