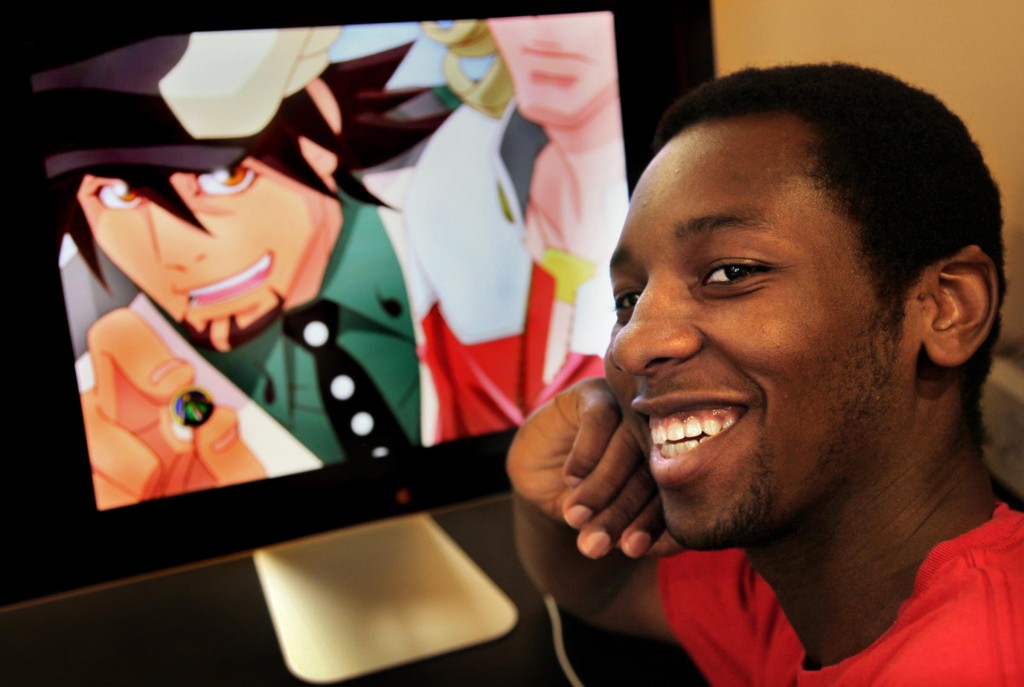 “I was really excited. I got an email saying I was in the contest but when I got there and saw I was a finalist, I freaked out.  I was really pumped,” Taylor said.

Anime, a pop style of Japanese animation, has in recent history spawned a burgeoning industry of graphic novels, television series, movies and merchandise supported by a fan base of millions who cannot get enough. Followers attend conventions or “cons” dressed in costumes of their favorite characters.

But don’t jump to conclusions. Cons are not for nerds only.

“You run into a lot of great people – writers, editors, photographers, costume designers and many other professionals. It’s full of networking opportunities. All day it’s, ‘Hey, I’m an editor,’ or ‘Hey, I’m a writer.’ You meet dozens of people who do things that you do not,” Taylor said. “In a nutshell, it’s a media networking utopia.”

Prolific anime artist and writer Andrea Stinson, who is a counselor at the Big Cypress Boys & Girls Club – and Taylor’s fiancé – agreed.

“What most people think they’ll see is a bunch of  17-year-olds running around in costumes but we’re actually adults,” said Stinson, who holds a bachelor’s degree in English from Florida Atlantic University.

Stinson said it is also where people go to be discovered. Writers Gerry Duggan and Brian Posehn began writing for Marvel Comics after meeting Marvel Editor-in-Chief Axel Alonso during a San Diego Comic-Con.

Last year, Stinson met the Green Hornet. He knelt down on one knee and proposed marriage. After all, the superhero was Taylor in a very serious cosplay moment. Stinson said yes.

“This year, after the contest, many people came up to Jeremy to talk about his video and give him compliments. I just stood there watching in the doorway loving the moment,” she said.

Taylor, who graduated from FAU in 2010 with a degree in multimedia study, film and video, meshed the song “Chemicals React” by Aly & AJ with clips from 26 episodes of the anime series “Tiger & Bunny”. The 2 minute and 58 second music video took 30 days to create.

“I wanted to tell a story, find the best clips that fit the music and provide the most emotional impact. It’s like a puzzle. You take bits and pieces to make the story but it’s not linear – it’s a musical narrative,” he said. “The hardest part is synching lips to lyrics. You have to be perfect.”

“When I came to SMP I had a degree but no experience. I was all over the place,” Taylor said. “Deeana taught me how to fix problems, improve my editing and fine tune my work.”