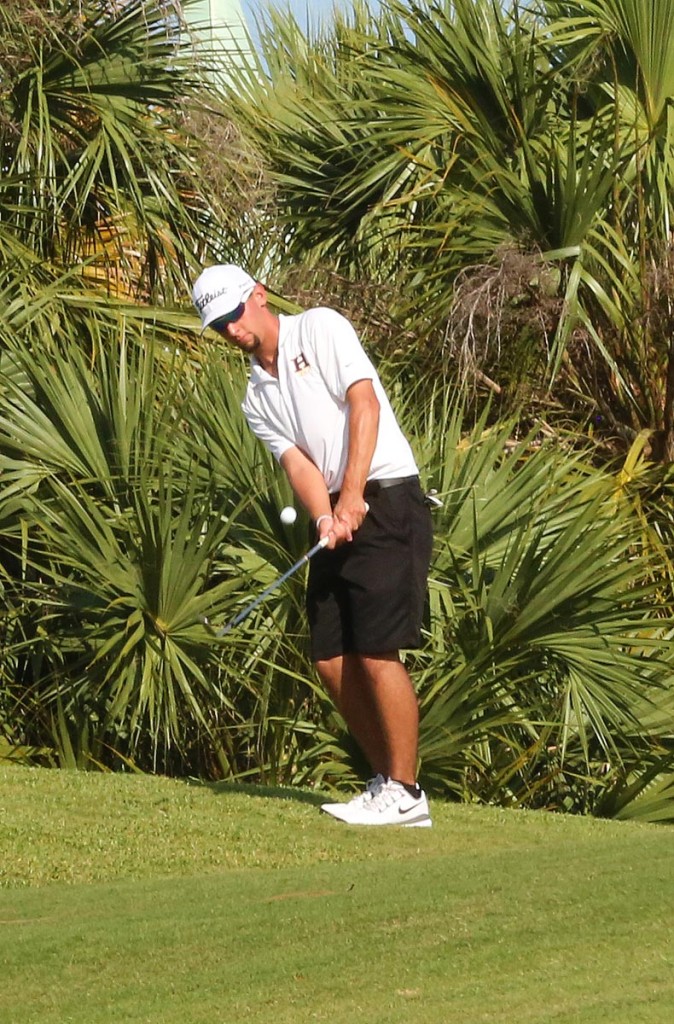 PORT ST. LUCIE — As a golfer for Haskell Indian Nations University, Joshua Little Axe was always puzzled about why his team did not compete in a national championship tournament for minority colleges.

“I watch the tournament on TV all the time and I always wondered how come we’re not there playing,” Little Axe said.

The main culprit behind Haskell’s absence had been a lack of funds.

“They’ve been trying to get us to come; we just haven’t had the budget to come,” said Haskell golf coach Gary Tanner.

Just when it looked like Haskell would be spending May 8-10 at home in Lawrence, Kansas with their season over and Little Axe’s college career finished, up stepped the Seminole Tribe of Florida.

The Tribe provided the financial support needed to get the Haskell men’s golf team to Florida for the 29th PGA Minority Collegiate Golf Championship.

“Mondo Tiger took us under his wing and said that he would support bringing us,” Tanner said. “We’re real appreciative of all the people. He spearheaded it, but I know all the Seminole people like to see us come down and do well and represent because we’ve got a lot of Haskell people within the Tribe. We want to represent them. We want them to feel proud that we’re here.”

After Haskell’s five golfers completed a solid first round at PGA Golf Club in Port St. Lucie, they expressed gratitude to the Tribe for making their trip possible.

“That’s huge we could get enough funding to come down here and participate in this big event,” said William Wilson, a Cherokee from Oklahoma. “This is probably the biggest thing Haskell has got to do in 20 years or so.”

As the team’s No. 1 player, Wilson was first off the tee. He started on the Ryder Course’s 10th hole with playing partners Guido Vidotto from Edward Waters College and Vance Edwards from the University of Houston-Victoria.

“I hooked it pretty far left, almost in the bushes,” Wilson said about his first drive. “Then I had enough room to where I could get a swing on it and I stuffed it to 7 feet. Then I lipped out the birdie putt and tapped in for par.”

After his opening round 82, Deryk Speck, Haskell’s No. 2 player, explained that the Seminole Tribe’s assistance hit home with him.

“It’s kind of hard to find the words to explain how it feels, but I’ll forever remember this trip because I’m an Oklahoman Seminole, so it’s nice to be down here with the origination Tribe and it was real meaningful to have somebody back us up like that,” he said. “I’m forever grateful to the Seminole Tribe of Florida.”

The tournament features teams from NCAA Division I and II and the NAIA. This year’s field included 36 NCAA teams. Four NAIA schools, including Haskell, competed in their own division.

While most of the other teams represented predominately Hispanic or African American colleges, Haskell was the only Native American squad.

“We were a minority at the minority dinner,” Tanner said.

“Not only are we the only Native team here, but we’re probably the only Native school with a golf team,” Speck said. “It does put a little more pressure and expectations, but I think we all do pretty well. We all have something to play for: family members, relatives. It’s more than just going out here and playing golf; it’s representing a group of people. I find that real special.”

“A lot of different backgrounds, a lot of diversity, and I really like that because no one has treated us differently like they do at other courses,” Speck said. “Everyone here has been real nice and I’ve really enjoyed that.”

Just how much did playing in the tournament mean to the Haskell golfers? On the day he was supposed to walk with his classmates, Little Axe opted to walk with his teammates. The senior, from Tecumseh, Oklahoma, bypassed his graduation ceremony, which took place back in Lawrence on the morning of the first round.

As if to bring a little piece of the ceremony with him for 18 holes, Little Axe played with his graduation sash draped across his golf bag.

“The guys wanted me to wear it while I was playing, but I couldn’t do that, so coach tied it on my bag,” Little Axe said. “I’m glad I came. It’s a great experience.”

As he watched the first round scores be perfectly penned in marker on a giant scoreboard, Tanner was thrilled with what he saw. His players had never played golf in Florida, let alone in a national tournament.

“All these other schools have been to this tournament; this is our first time,” he said.

Haskell’s top four scores on day one produced a total of 316 shots.

“From what we were shooting at the beginning of the year to now, they’ve really made me proud of just improving. We were shooting in the 340s,” Tanner said.

Haskell proved it could compete on a national stage; all it needed was a chance.

“Just even being here with all my teammates, we’re proving everybody wrong. Natives can golf and we can do a lot of things instead of just being stereotypes and punch lines,” Speck said.

Even though Haskell competed in a different division than the NCAA schools, Tanner noticed on the big board that his team shot a lower score than some Division II teams.

“We’re beating some of these Division II schools. 333, 352, 319,” he said. “We’re representing Haskell well. I think the Seminole Tribe of Florida has made a good investment in sponsoring us because we’re representing them, too, and a lot of people know that’s how we got here.”

Tanner’s connections with the Tribe go back decades. He’s known Moses Jumper Jr. for many years and coached Johnny Boone – “way long ago” – on the Haskell football team.

“He was my quarterback,” Tanner said. “His freshman year was my second year and it was the first winning season our football had. Good player, good kid, good memories.”

Haskell’s first few days in Florida spawned plenty of good memories. After arriving by plane in Fort Lauderdale, the team was treated to a trip to the Big Cypress Reservation where it soaked in all the rural sights and sounds.

“It was real interesting to see just how the Seminoles live and just to see another Tribe and their ways. I didn’t realize it was such a big cattle industry,” Speck said.

“We rode the air boats, saw a couple gators, water buffalo,” Wilson said. “There was a lot of stuff I didn’t know about, like different trees and what grew on them and how everything connected.”

Day two of the tournament wasn’t as kind to Haskell as the first round. The team’s score was eight shots higher. Scheduled to be a three-day, 54-hole tournament, poor weather forced the third round to be canceled.

Haskell shot a two-day total 640 and finished fourth in the NAIA division, which was won by the University of Texas at Brownsville.

Despite the abbreviated golf, Haskell’s first trip to Florida proved to be memorable thanks to the Tribe.

“We couldn’t afford it if they didn’t help us,” Tanner said. “We would not be here if it wasn’t for them.” 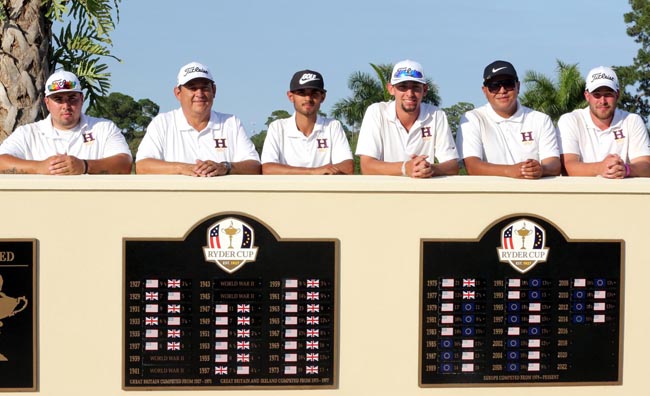