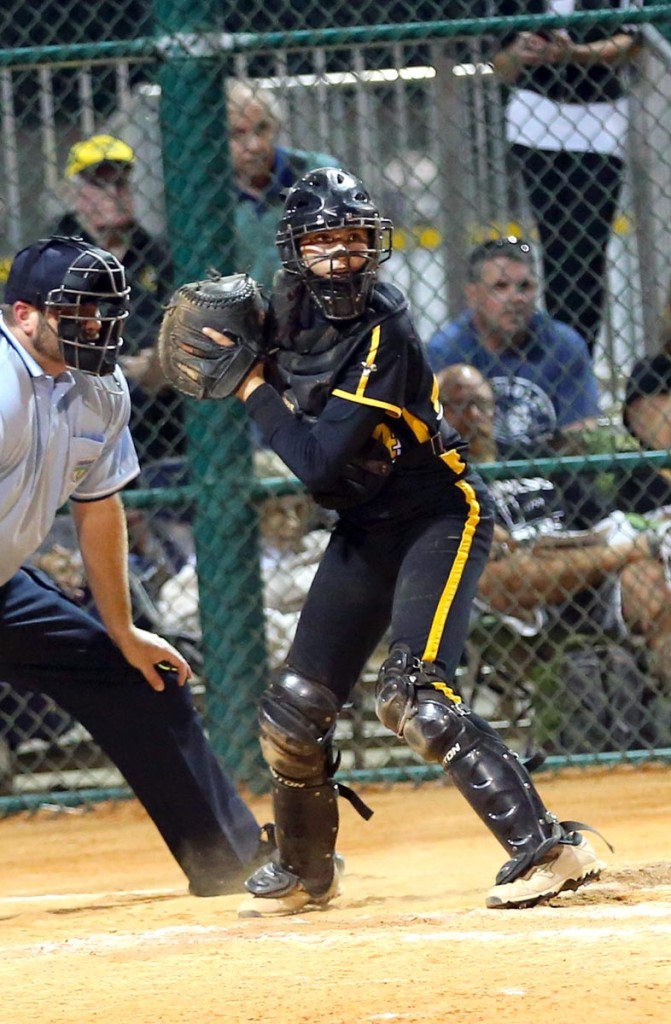 VERO BEACH — American Heritage’s young softball squad departed Historic Dodgertown with every intention of returning next season and beyond.

“We’re going to be back the next two years, I’ll tell you that,” said Heritage sophomore catcher Ahnie Jumper.

Despite losing four players from last year’s state championship team to Division I college programs, Heritage reloaded this season. Buoyed by young talent, including the Tribe’s Jumper and Kiauna Martin, the team didn’t skip a beat as it generated another stellar campaign. The Patriots won district and regional titles, shutout opponents 15 times, compiled a 25-2-1 record and finished as a state runner-up.

It’s no surprise expectations will remain high next season for the Plantation powerhouse.

“Our younger kids are getting better. We’re still a young team. We’re a very young team, so I plan on being back here next year,” Heritage coach Marty Cooper said after his team fell to Baker County, 1-0, in the Class 5A state championship game May 7 at the former spring training complex of the Los Angeles Dodgers in Vero Beach.

In an intense, evenly played game, Baker County and Heritage battled through six scoreless innings before Baker County pushed across the game’s only run in the top of the seventh inning. Heritage was held to three hits.

“Heartbreaking” is how Jumper, who caught all seven innings and batted out of the No. 7 spot, described the loss, but she still took away plenty of positive vibes from the season.

The journey began with a 16-game winning streak as Jumper and Martin settled into full-time roles after being used less frequently a year ago. Jumper was behind the plate for several games and helped the pitching staff compile a remarkable 0.54 ERA. On days Jumper didn’t catch, she played in the outfield, which is where Martin was stationed.

“They contributed,” Cooper said. “Ahnie was great behind the plate. She’s versatile. She’s played some outfield for us. Kiauna, who is young, did a nice job. I plan on them being even better next year. They’re both good athletes.”

Jumper, who compiled a 15-game hitting streak that started on opening day, was among Heritage’s most productive batters. She finished with a .361 batting average and tied for the team lead in doubles with six. Her 16 RBIs tied for fifth on the squad.

Jumper notched one hit and one RBI each in a district semifinal win against Cardinal Gibbons, district championship victory against Archbishop McCarthy and regional quarterfinal win against Bayside. She also had a hit in the regional semifinals against Suncoast.

Martin, whose eight stolen bases were second highest on the team, missed a handful of regular season games due to injury but was busy on the basepaths in the postseason. She scored two runs and stole one base each against McCarthy, Bayside and Suncoast. She smacked a single and scored a run in a 4-0 win against Boca Ciega in the state semifinals. In the state final, she played right field and batted ninth.

“I loved my season. I couldn’t have asked for anything better,” said Martin, a left-handed batter who hit .272. “I worked on my hitting a lot. I started to put more balls in play.”

Jumper and Martin were joined by a third Seminole late in the season when seventh-grader Analyse Jimenez was promoted from the junior varsity team. Jimenez didn’t play in the state semifinals or final.

With only three juniors this season, Heritage will still be young next year. The Patriots will have to replace one of their pitching aces – Georgia Tech-bound Jenna Goodrich – but nearly everyone else will be back to pursue a state title.

“We’re going to work hard and do what we do best,” Martin said.