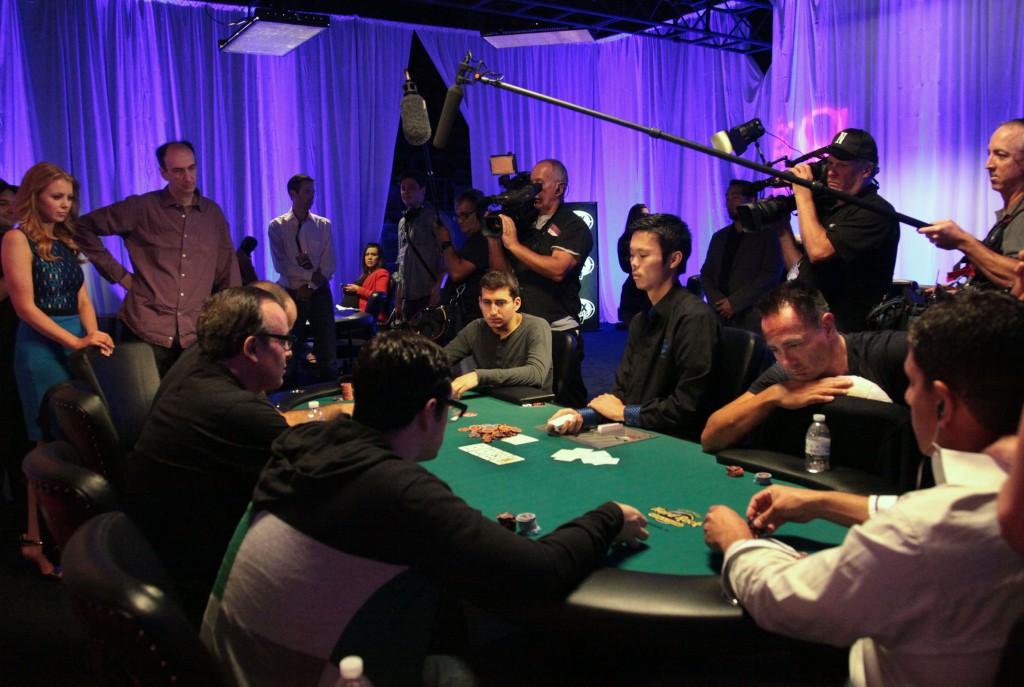 HOLLYWOOD — When the Seminole Hard Rock Poker Open was announced in April, organizers hoped 2,000 people would pay the $5,300 entry fee to guarantee an unprecedented prize pool of $10 million in the main event. But 2,384 players anted up for their share of the prize pool valued at $11.92 million, nearly 20 percent higher than anticipated.

And that was only one of 33 events that kept players at the tables during the three-week tournament, held Aug. 8-29 at the Hard Rock Hotel & Casino Hollywood. Each event had different buy-in amounts that ranged from $70 to $100,000. Throughout the duration of the tournament, more than 18,000 people competed in Hollywood. An additional 4,760 played in the satellite tournaments held in poker rooms at Seminole Hard Rock Tampa, Seminole Casino Coconut Creek and Seminole Casino Immokalee.

“We structured the prize money to make sure we met what players were looking for,” said Larry Mullin, Seminole Gaming Chief Operating Officer. “The feedback we got was unbelievable. Players are looking for quality and there aren’t that many tournaments like this around the world. Once they see it’s legitimate, the good news travels fast.”

Mullin said another tournament will be held in the future, but he wouldn’t commit to a date. He believes Hard Rock could handle at least two tournaments per year.

“It’s an unknown question,” he said. “The market hasn’t had something of this scale to give a solid answer. We are really satisfied with what we did. It was a big tournament and a lot of work, but the great thing is our team doesn’t mind working hard.”

One highlight of the tournament was the first World Poker Tour Alpha8 super high roller event. The event, which will be televised on Fox Sports 1 in the spring, attracted 21 players who put up $100,000 each just to sit at the table. Hard Rock Live was corralled for the event, which included a final table featured on a television set and dramatic lighting throughout.

Players from around the world competed for the win. Most had experience playing in similar high-stakes games and make their living playing poker.

Isaac Haxton, of Syracuse, N.Y., prefers high buy-in games and has played in eight so far this year, often with the same players.

“I know all these people; there is a lot of history here,” Haxton said. “We know each other’s games, which is more of a challenge. I have to carefully tailor my moves to the other players’. I’m never on autopilot.”

Fort Lauderdale resident Jason Mercier, ranked No. 1 in the world by Global Poker Index, plays in high roller events worldwide. He said he was happy to compete in one at home.

But some of the players were relatively new to the game. Steven Silverman, winner of the Alpha8 event, has only played for a year. He took home $891,660 for this event and earlier this year won more than $1 million as the winner of the PokerStars and Monte-Carlo Casino European Poker Tour Grand Final high roller event.

“I make a living,” said Silverman, of Washington, D.C.

The final table of the main event, with its $11.92-million prize pool, had a festive atmosphere. Held in Paradise Live, a boisterous gallery of players’ family and friends cheered for their favorites after each winning hand. An announcer called the play-by-play, including the dollar amounts of each bet.

Near the table sat a clear Plexiglas box filled with about $2 million in cash destined for the final two players and a guitar-shaped trophy for the winner.

Six players took their seats for a 10-hour final table battle. Despite the support of the audience, each player was on his own when it came to deciding how to play his hand. The first to be eliminated was Plantation resident Greg Lehn, an amateur player at his first final table who won $378,138 for the sixth-place finish.

“It was an honor to play with people of this caliber,” said Lehn, who has played at Hard Rock since the first day it opened. “I learned a lot and my game is better now that I played here.”

The chip leaders going into the finale were Blair Hinkle and Justin Bonomo.

During one hand, Hinkle bet $500,000. Bonomo put his money down. Then, without batting an eye, Hinkle raised the bet to $1.5 million. Bonomo paused for a moment and then raised the bet to $4.7 million. At that point Bonomo became still and didn’t move his eyes from the cards on the table. As Hinkle played with his chips, Bonomo remained motionless and never gave a clue whether he was bluffing or had the cards to win. After a few tension-filled minutes, Hinkle folded – Bonomo’s stack of chips grew to nearly the size of Hinkle’s.

During their 165-hand poker duel, the lead changed repeatedly between the two players, who ultimately were the final two players. The hard-fought finale went to Hinkle, who took home $1,745,245 for his efforts. The sting of finishing second was eased by the $1,163,500 prize Bonomo won.

Mullin said he was pleased the entire property was busy throughout the three-week tournament.

“The tournament was a lot of fun,” he said. “When people spend money and have fun, you can’t lose. That doesn’t happen everywhere. Some places you spend money and don’t feel good about it. At Hard Rock, poker is fun. We are definitely on the map with poker players around the world. People can go anywhere they like; we want them to know they can come here and they will have a good time.”