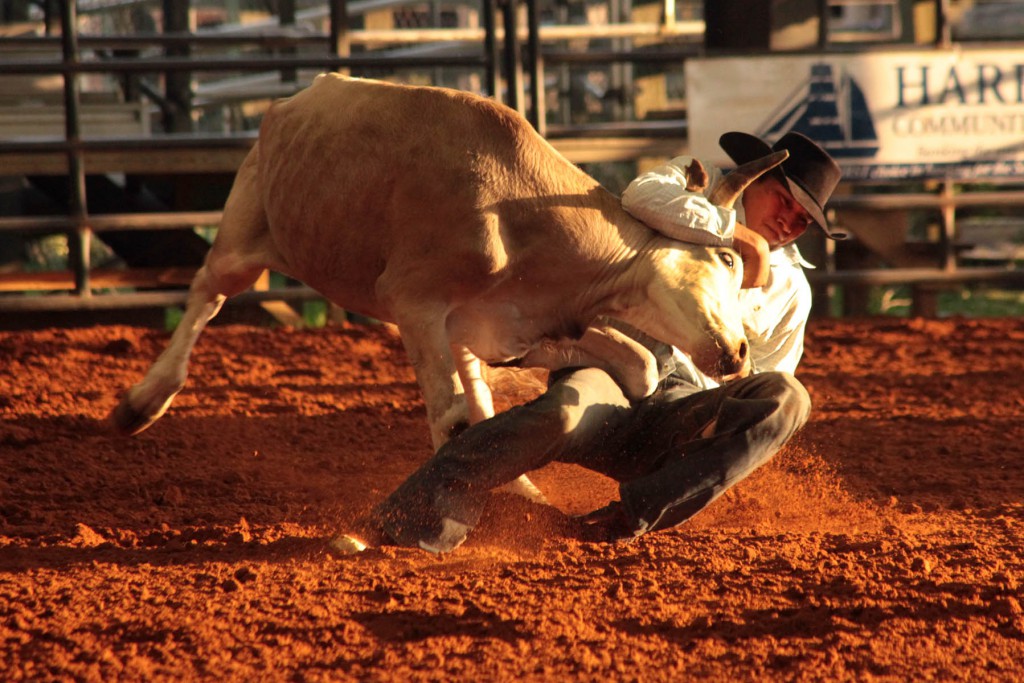 BRIGHTON — The rodeo season ended with a rousing show in Brighton May 18-19 at the Eastern Indian Rodeo Association (EIRA) regional finals. Cowboys and cowgirls worked hard for a spot in the Indian National Finals Rodeo to be held Nov. 5-9 in Las Vegas.

“This is the end of the season, so it should be pretty exciting,” said Jo “Boogie” Jumper, EIRA secretary. “There’s a lot of pressure on them and they know what they have to do to qualify.”

Justin Gopher, who will compete in team roping, has been to INFR 10 times in the last 12 years. He plans to drive to Las Vegas with his brother Hilliard Gopher and their horses.

“It can get a little stressful, but if you just go and plan to catch all four of your cows, you should be alright,” said Gopher, of Okeechobee. “You can’t let the pressure get to you. I have to work on taking that advice; it’s easy to get carried away in the moment.”

Maci McKerchie, 16, has only been competing in the rodeo for two years and has never been to the finals. Even her horse Rio is new to the rodeo; he has only been racing barrels for about seven months and she is still working with him.

“I’m excited and was shocked to win,” said McKerchie, of Davie. “I’m looking forward to going to Las Vegas, but I’m not sure what to expect. I’ve talked to people who have been there and they told me the crowd made it so much fun.”

The rodeo circuit requires a lot of travel and work, but it also creates an atmosphere of camaraderie among competitors. Most of the people Jumper knows have competed since 1994.

“The best part is being there with family and friends,” said Jumper, who travels through Florida and Oklahoma for rodeos. “It’s always nice to win money, but the biggest thing is you get to see people you haven’t seen all year. Everybody is like a big family; it’s like a big reunion.”

During the arduous travel across the country, as competitors make sure their horses arrive safely, they will have plenty of time to think about what will happen in the competition.

Cowboys and Cowgirls who will compete in INFR Nov. 5-9 in Las Vegas: