HOLLYWOOD — The Tribe is going to have to get used to 4-H without Polly Hayes at the helm. After three decades of service to the Tribe, the revered 4-H coordinator kicked off her boots and retired.

More than 70 family members, friends and colleagues gave Hayes a fitting sendoff May 30 with a retirement party at the Hollywood Hard Rock. The evening was a lovefest as the crowd shared memories, laughter and even a few tears.

“It was good to see the kids grow up and send their own kids through 4-H,” said Hayes as she reflected on her 21 years at 4-H. “I enjoyed every bit of it. I raised my children and grandchildren in 4-H, too. I did my duty as a grandmother.”

After showcasing a video that featured family, friends and Tribal leaders recalling stories about Hayes, additional memories filled the room as a microphone passed from hand to hand. The consensus was clear: Hayes is beloved and will be missed.

“I learned leadership in 4-H,” Hayes’ son Steve Osceola said in the video. “She was always pushing us to get involved in things. You’ve got to listen to your momma because she knows what’s right.”
Family was a recurring theme in the tributes to Hayes.

“It takes a lot of commitment to stay with something for so long,” said her son Mitch Osceola on camera. “As a mother, she’s

always been loving and caring. She’s never been negative. I’ve done wrong and I’ve done good. She’s always been there to show me her love.”

In the video, Chairman Marcellus W. Osceola Jr. recalled the times he spent with Hayes and her family during butchering and holiday time. He believes her goal was always to keep her family tight by making sure they spent time together.

“She made my father very happy and I thank her for that,” said stepson Max Osceola Jr. “She’s a strong family woman and gave children the skills to do things, complete projects and see them to the end.”

Stories about 4-H were freely shared. Michele Thomas said her aunt has always been a great advocate of Tribal youth.

“She started as the mother of our 4-H program and worked into the grandmother of the program,” Thomas said in the video.

“She may be short, she may be small, but in my eyes she’s real big,” Brighton small animal 4-H leader Emma Urbina said on camera. “She never backed down from somebody. She stood her ground. That right there is an inspiration to me.”

According to those who worked with her, Hayes was always the first to arrive and the last to leave a 4-H event.

“I hung around with big, tough rodeo guys,” 4-H volunteer Kenny Descheene said. “The first time I saw Polly, they all just stopped what they were doing. You could hear a pin drop. That’s when I saw who she was; she was somebody.”

Florida Cooperative Extension Agent Aaron Stam worked closely with Hayes at 4-H and felt comfortable with her from day one.

“I had a vision of her as a gentle grandmother, but then she told me a story about a man who was bad to kids. She said she decided to punch him in the face,” Stam said. “She’s a force of nature. There isn’t much that Polly wouldn’t do for kids.”

Retirement will be spent relaxing, travelling and enjoying life. Hayes recently took a trip with the Brighton seniors and has enjoyed time off at home. She may not be a teenager, but Hayes now sleeps until noon.

“I’m taking all the time I want to lay around and do nothing,” Hayes said. “But I want to keep in touch with everything that’s going on.”

As a cattlewoman, Hayes’ cows will keep her busy. She plans to allot some steers to 4-H’ers again. Her herd has produced a grand champion and reserve grand champion in recent years.

“I’d say goodbye, but in Seminole language we don’t have goodbye,” President Mitchell Cypress said in the video. “So we’ll see you later.” 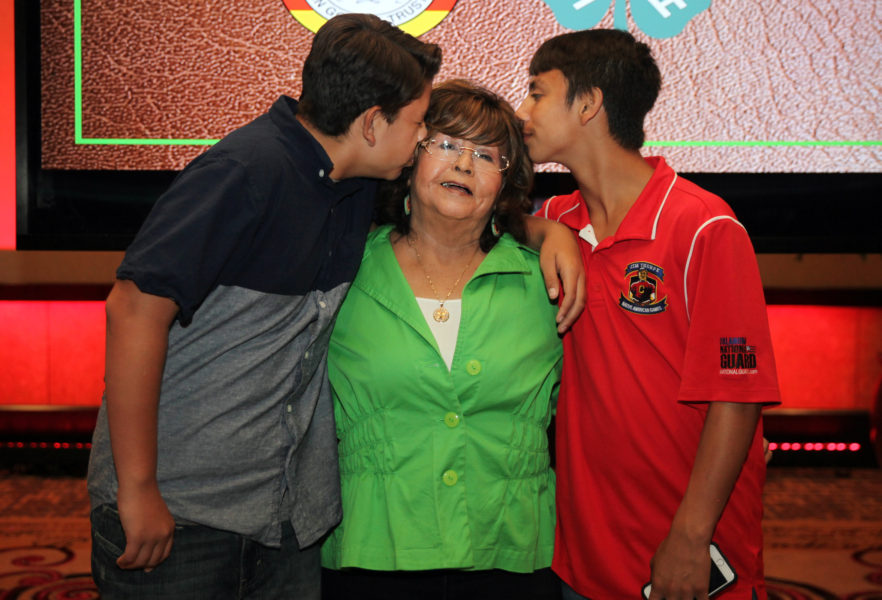 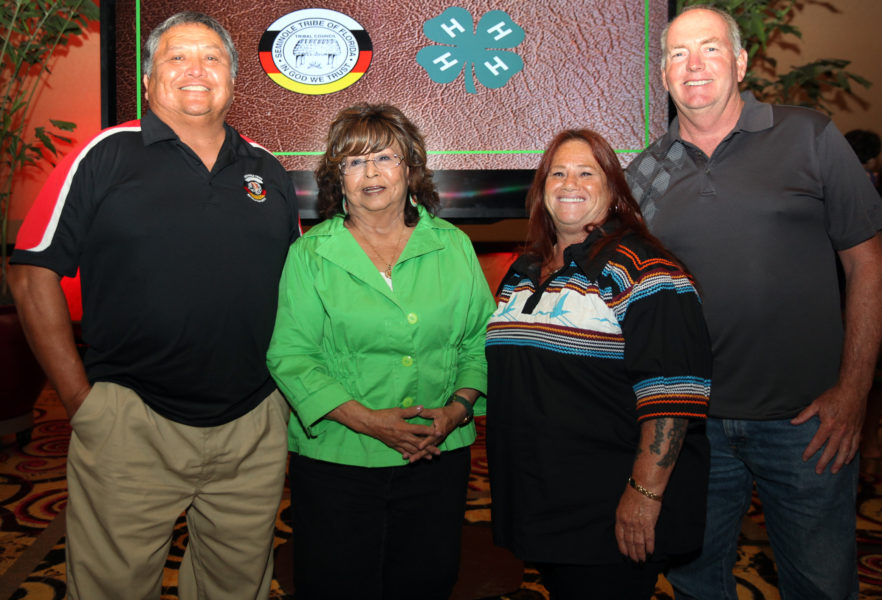 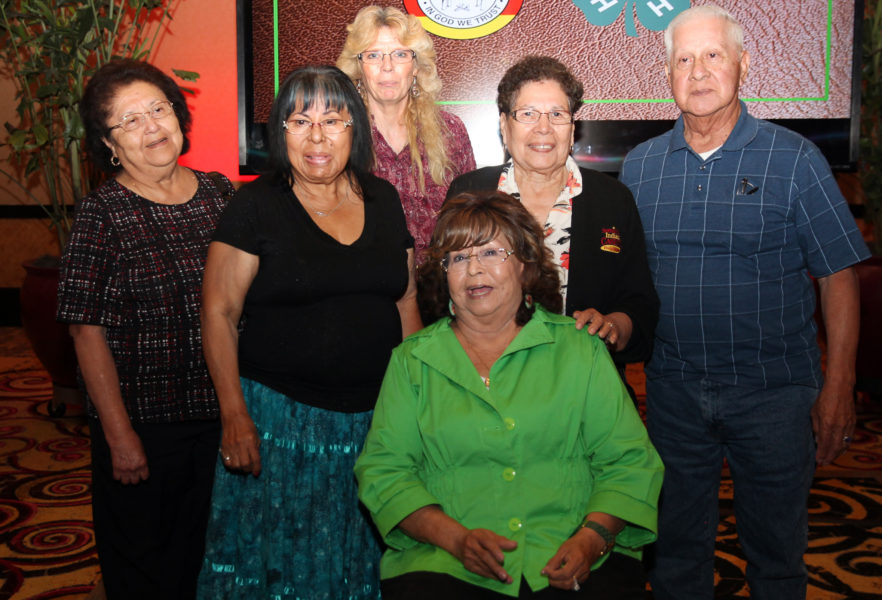 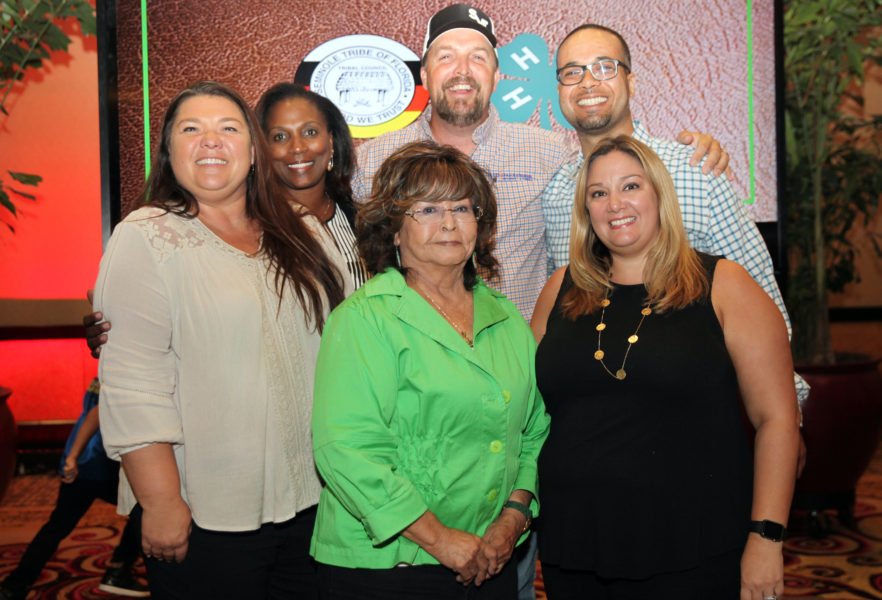 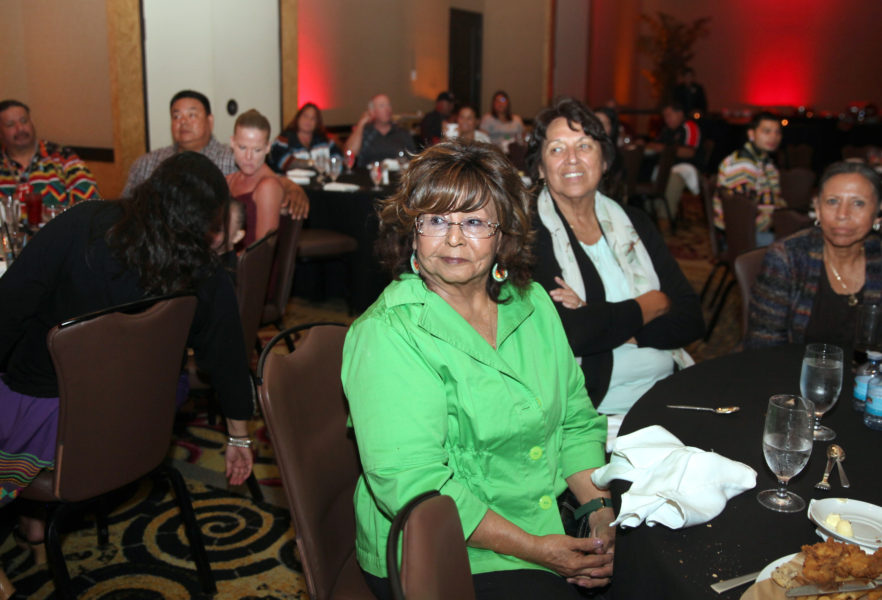