BRIGHTON — No banner, but yet another impressive season was compiled by the Pemayetv Emahakv Charter School volleyball team.

The Seminoles finished its regular season with a 9-1 record. After nine straight wins, the team’s only regular season loss came against Yearling on Oct. 16 in Okeechobee. The setback ended the Seminoles’ undefeated season and, hence, its hopes of getting their names on a banner for the gymnasium wall.

After the regular season ended, PECS, Yearling and Osceola Middle played in the Around the Lake tournament Oct. 28 at PECS. Yearling won the tournament with a 2-0 win against PECS in the championship.

“No cries, no tears at the end. They were happy,” she said as some of the players will now shift over to basketball mode for the winter and then softball for the spring.

Matthews said the pool of talent of 8th-graders from the area’s top teams (PECS, Osceola and Yearling) is deep.

“It’s going to be exciting getting all those girls together at the high school level if they all play together. There are some really good 8th-graders,” she said. 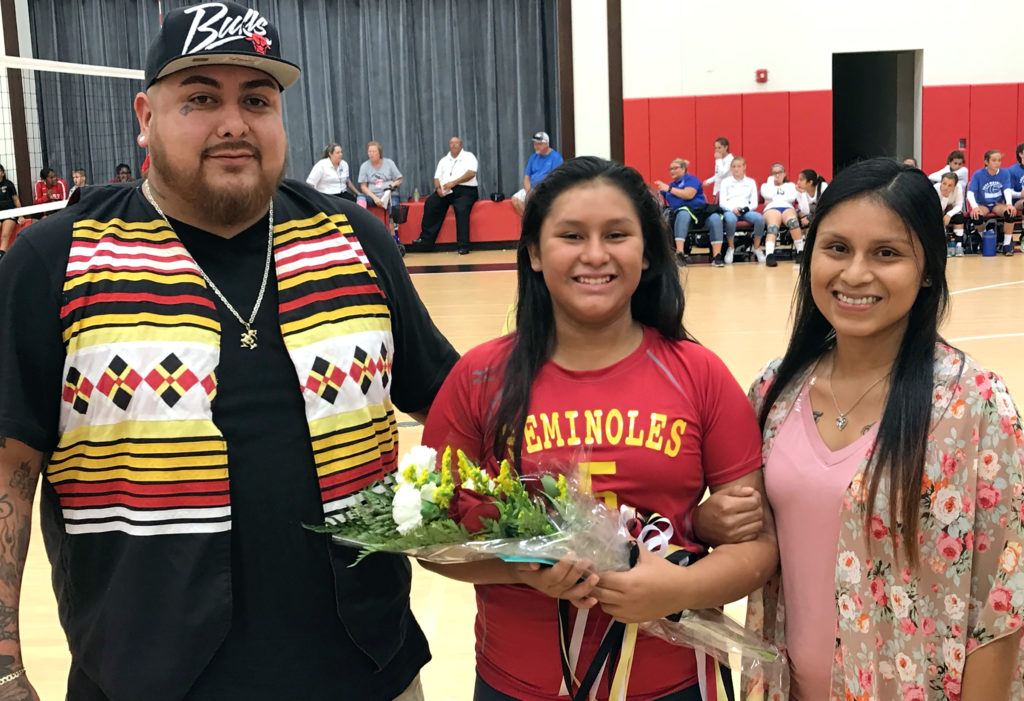