FORT LAUDERDALE — Elgin Jumper says it was art and writing that saved his life.

The Seminole from the Hollywood Reservation said it was about two years in jail and a parole violation in the early 2000s that was a major wake-up call. He’s very upfront about his prior struggles with alcohol and drugs.

“Something had to change or I was going to keep on that same way,” Jumper said. He entered an in-patient Seminole treatment center for four months. “I put away the drink and never drank again,” he said.

Part of the change was to double down on his propensity to create art and write poetry.

“I thought I had to try. So I started to pursue art and writing with everything I had,” Jumper said.

Jumper said soon after he got out of jail he wanted to go to an art store, but didn’t know anything about art supplies (he’d always drawn with a pen or pencil) and didn’t have any money either.
“I told my dad I was looking to change my life and be someone, and he said he’d buy me anything I wanted at the art store,” Jumper said.

He experimented with oil paints and with acrylic paints.

“My dad was a showman with the Tribe, he was an alligator wrestler, he was a dancer, he was an actor,” Jumper said. “He had an agent and everything. He was in movies. That all rubbed off on me.”

Alan Jumper is now in his mid-80s. His father was a performer as well. Betty Mae Jumper is Alan Jumper’s aunt.

The family’s inclination for showmanship led Elgin Jumper to start an open mic night with his cousin Moses Jumper Jr. The Ah-Tah-Thi-Ki Museum in Big Cypress sponsored the pair and they took their show on the road, including to other Seminole reservations.

Elgin Jumper, who has educated himself in fiction writing, poetry, art history, theater and literature, is a voracious reader. He’s also a student of history.

“Military history is something that has always fascinated me since I was a little kid,” Jumper said. “I have uncles who went to Vietnam. They would tell stories when they came back about certain things. I would read every kind of history book I could find.”

His interests helped him start to make connections with other artists and writers and he became part of a community of Seminoles and non-Seminoles who were like-minded.
Jumper’s book of poetry – “Nightfall” – was published in 2006.

Jumper started organizing different aspects of his work, which culminated into mixed-media theatrical performances. His first was in 2013 at Florida Gulf Coast University. It included painting and drawing, music and dramatic Shakespearean poses, among other elements.

“It was a real connection with the audience and very well received,” Jumper said, describing it as similar to a one-man show, with poems a monologue and soliloquy that he memorized. He’d later perform live painting demonstrations and is currently learning the keyboards and synthesizer to use in his work.

Jumper credits traditional Seminole artists and painters as some of his earliest teachers. He has expanded his knowledge into studying and doing contemporary art as well.

“I was told: ‘There are people who paint in the box and people who paint outside the box,’ Jumper said. “And I was saying: ‘You mean there’s a box?’ I didn’t want to limit myself.”It’s all led to what is today the Colorful Warriors Theater, a group that has found strong support for years with the Fort Lauderdale Historical Society.

Jumper’s story isn’t complete without mentioning his knack for successful collaborations with other artists and writers and groups like the FLHS.

One of his strongest connections is with Rosa Sophia, a librarian by day and auto mechanic by night, who recently did an open reading with Jumper at the invitation of Tara Chadwick, curator of exhibitions.

Sophia is also a novelist and editor. Her latest novel is “Hurricane,” a ghost story about the 1928 Florida hurricane which killed at least 2,000 people.

“Elgin is an art visionary and teacher,” Chadwick said. “He’s been building this type of community for South Florida artists to work together and collaborate for many years.”

Jumper has been writing his first novel – also titled “Nightfall” – which explores Seminole history, language and culture. It will include drawings and quick sketches he made on a road trip to St. Augustine, which is part of the novel’s content. The semiautobiographical piece takes place in 2004.

“It’s a four-hour road trip to St. Augustine, but in the novel it will take four to seven days,” Jumper said.

He’s hopeful the novel will be published in early 2019.

Jumper’s artwork will be featured in December’s “Seminole Art Scene from the Frontlines,” at the New River Inn in Fort Lauderdale. He’s also working on another novel, which will be a modern day Seminole myth. He describes it as a “Lord of the Rings or Star Wars” vibe.

And Jumper is working on a story about the Seminole art scene itself, which he’s been a part of now for the better part of a decade.

The following is an excerpt from chapter three of ‘Nightfall’, the novel, by Elgin Jumper:

In the meanwhile, I settled in for the four-hour long drive to Saint Augustine, more or less. I casually flipped through a black leather CD case for some Classic Rock, just to keep us cool.
My uncle cleared his throat and shimmied his shoulders momentarily. I braced myself, for I knew right then and there, he had just initiated a double-quick countdown to another story. He pulled his hat forward in an assured, confident manner and it seemed to me his glasses were but mere ornaments for the shiny sparkle of his storyteller eyes, which still held to the highway from which he was evidently obtaining his words.
That was my uncle. History was definitely his forte, the deep study of it, and he was forever cornering some willing individual to overhear an impromptu lecture or story. And he commenced to all kinds of histrionics while he was doing it, too, all categories of theatrics were covered, so serious about it such as he was, his eyes touchin off new blazes every time, the glorious energy overtaking him.
My uncle said, “Okay, John, listen up, I’m gonna tell you a story from Seminole history. Yep. Learned it from my alma mater, and from our native predecessors, don’t cha see. Picture it: Florida-Georgia border, “the War of 1812” round about there. A lot of times back then they had these cross-border raids, devastating, and in ample supply, let me tell you, and one side would snatch up a dear loved one and run off to regions northwards, and in countering this, a cherished loved one taken from them, and so on, the varmints galloping hell-bent for the horizon. Yeah, there was war enough for everyone, cannot emphasize that point enough, with remnants of tribes on horseback makin their own wars, plunderin and pillagin, just a continuous heartbreakin retaliation back and forth, what it was. Now, in my imagination, I can see the morning attacks, can clearly see and hear the horsemen, and often I can smell the twilight fires on the villages, can even hear the turmoil as sad and as tragic as any poet’s passionate work.
“Okay, so native horsemen on both sides, right. And dangerous, too. They came south to steal and devastate. Well, one time, they made away with a Chief’s daughter. Yeah. Can you imagine? Well, there was a running battle, in response, of course, with the chief’s daughter in great peril and in the very thick of the fray. Near the banks of a dark murky river, the chief and his warriors caught up to the invaders and the chief concluded immediately on the rescue of his daughter, what with time being so of the essence.
“Well, they scouted out the invader camp in the dark of the night. They took careful note of the invading forces, their positions, and more importantly, of where the chief’s daughter was situated, and then they concealed themselves in dense thickets till dawn. In an early morning rain, they made the lightning-like rescue, prying her from ravenous hands, stunning the invader for a crucial period of time, and then the rescuers roding south to the safety of familiar homelands.
“Oh, but the invaders were relentless. When they appeared suddenly in pursuit, the chief and his warriors steeled their hearts for more urgencies and somehow found the strength for more fighting. They set a guard for the protection of the chief’s daughter and galloped out to meet the invaders. But riding up a short distance from the chief who was situated near a stand of pine trees, the leader of the invaders yelled out: “Why do you take back our prize?”
“The chief listened, took thought, and responded: “Our people do not ride north to take what does belong to us. She belongs with us. What you have done to us is not right. I have lived my entire life without it. I shall always fight against it, unto the end.
“The invader leader shrieked out eerily for more war. Yes, they faced a strange foe this time. The enemy fired a musket and returned to his warriors and together they rode down hard upon the chief in a severe contest, with seasoned, hard-bitten warriors killed and wounded on both sides. It was close in fighting, with musket and bayonet, tomahawk and bow and arrow and knives. There was a roar of men and a terrible neighing of warhorses, a dreadful gnashing of teeth, and the floating fog of battle smoke and gun muzzle flash. Well, the chief was shouting, “Fight on! Fight On! Fight on!” and so they did, and by now the chief’s daughter was thrashing and kicking out at her captors. Oh, the chief and his warriors fought on like furies till at last they drove them back.
“It was hard fighting indeed. The chief fired a musket and urged his warriors on, notwithstanding the terrible noise and blur of fighting. He caught the invader leader in a terrifying melee and in bitter hand to hand fighting dispatched him and that, John, was it for his malicious horsemen, who fled from the field, though still a formidable force to reckon with, the chief and his warriors driving the invaders northward before them, all the while keeping up the pressure.
“And though the chief, his daughter, and their warriors were exhausted from the fighting, they eventually recovered, and the chief lived on, even to the outskirts of a hundred years.”
Oh, my uncle was quite the storyteller, as you’ll see evidenced throughout this narrative, much-impassioned, eccentric, and colorful. And yet, I knew, too, that in his own time, he would arrive at the lesson part of his story. That was always a given. 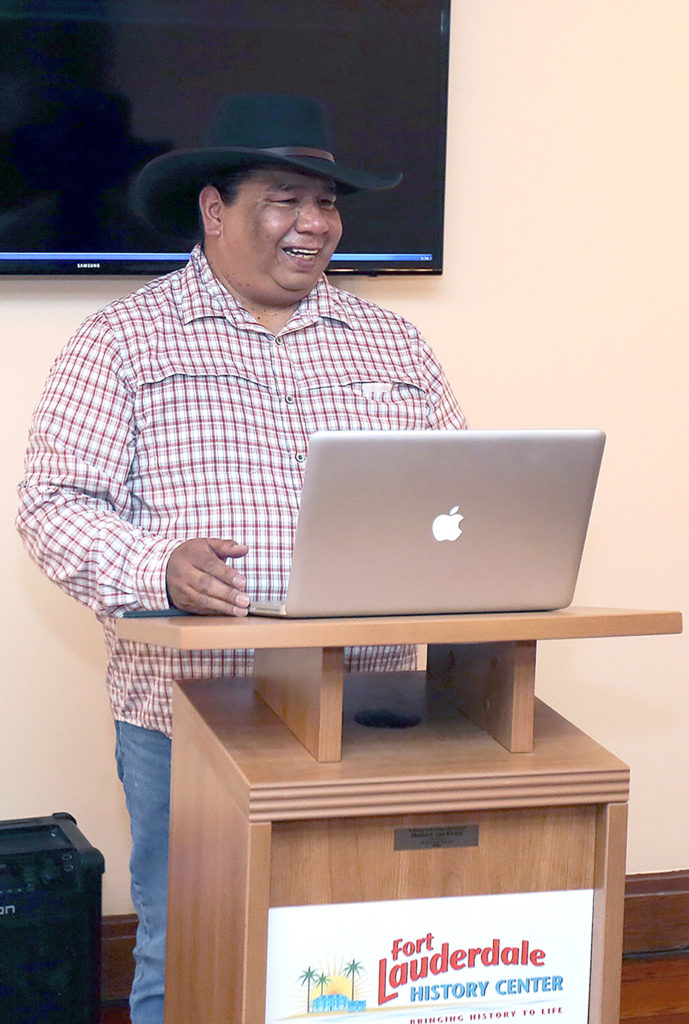