IMMOKALEE — The keys to brand new homes on Alice Jimmie Circle in Immokalee were officially handed over March 15 to seven families who had been waiting years for a home on the reservation.

“This is a step in the right direction and it took a lot of people to make this happen,” said Immokalee Council project manager Pete Aguilar. “Soon we will have to update our master plan and go vertical with our structures. More than likely we will have to take care of more people in the reservation’s limited space. These kids are popping them out faster than we can build.”

Each of the three- and four-bedroom rental homes are well appointed and come with two bathrooms, generously-sized fenced yards, laundry rooms, large pantries, granite countertops in the kitchens and a walk-in closet in the master bedroom suites. Most of all, the homes provide a secure place to raise a family.

“This is a small step to providing housing for Tribal members,” said Chairman Marcellus W. Osceola Jr. “We have a long way to go, but this is a start. The challenge is to build homes on all the reservations and we’re working hard to get more built.”

Chairman Osceola said 300 people are on a waiting list for housing tribal wide. Three-story apartment buildings will be part of a new master plan, which is being worked on now. Hollywood, Immokalee and Lakeland are good candidates for the multifamily units.

“About 45 years ago the original Immokalee families had a dream,” Rep. Frank said. “The Tribe just built 12 or 15 homes when a fire broke out. A lot of work has been done since then and housing is still sorely needed. Godspeed for the next 50 units in Immokalee.”

All the dignitaries recognized and thanked the staff for their hard work completing the project.

“This has been a long time coming,” Boone said. “We look forward to the future and, to the families, welcome back home to Immokalee.”

Gwen Garcia has been waiting seven years for a home on the reservation. In the interim, she lived in a trailer home in Immokalee.

“This is a whole different thing,” said Garcia, who moved into a three-bedroom home. “When I was in the trailer I had to tell my grandchildren not to run and jump, trailers are too scary. Now my grandchildren can run all they want.”

Erica Gonzalez, her fiancé and four children moved into a four-bedroom home after living in town with her father-in-law.

“I’m excited to finally have my own place on the reservation,” Gonzalez said. “I’ve been waiting nine years and the first thing I plan to do is cook, probably something traditional with fry bread and Native food.”

Construction management director Cedric Jenkins and his team are proud of the 1,600- and 1,800-square-foot homes that were built to be maintenance friendly and comfortable.

The lease term on the homes is for one year and is renewable each year. The rent is affordable, below market rate for Collier County. Currently the Immokalee Housing Department has a waiting list of about 60 who want homes of their own.

“People see the growth and want to come back to the reservation,” said property coordinator Alicia Gamez.

Justin Garza, his wife and seven children moved into their four-bedroom home after living on the reservation with his mother.

“This is the beginning of our new life,” Garza said. “I finally have a place to call home with my kids. They are very excited and can’t wait to spread out in their own rooms.”

Raymond Garza was Immokalee’s Council liaison when the project was being planned and knows how hard it was to finally get it approved and built.

“I know the fight it takes; we hadn’t seen new homes for 15 years,” Garza said. “Putting people in their own houses puts a warm spot in our hearts. I know we did something important. We want to keep our people on the reservation.” 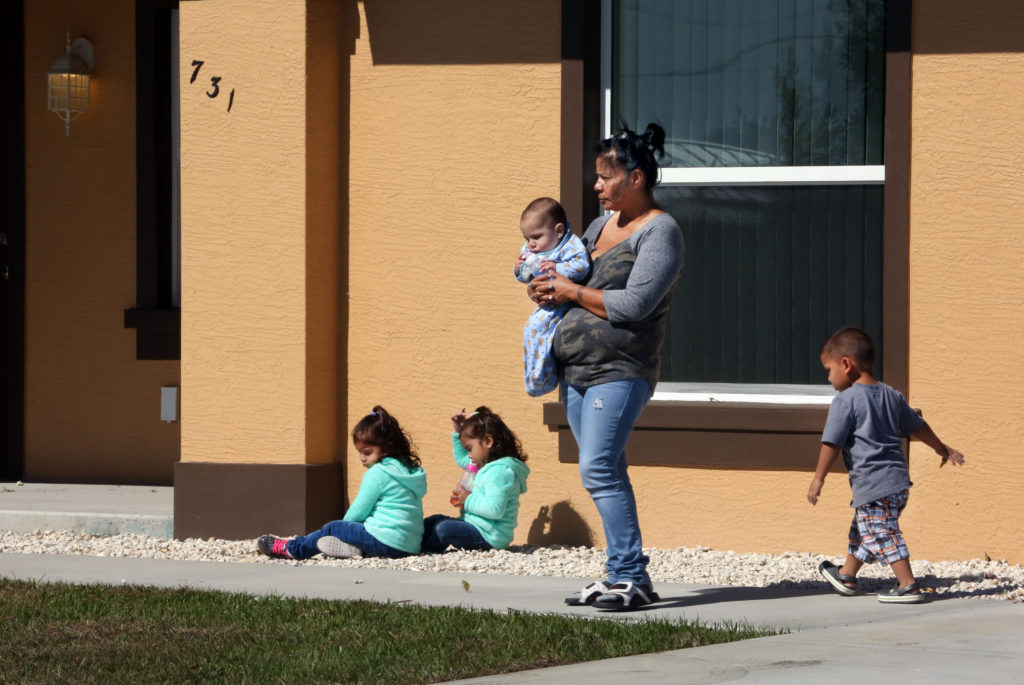 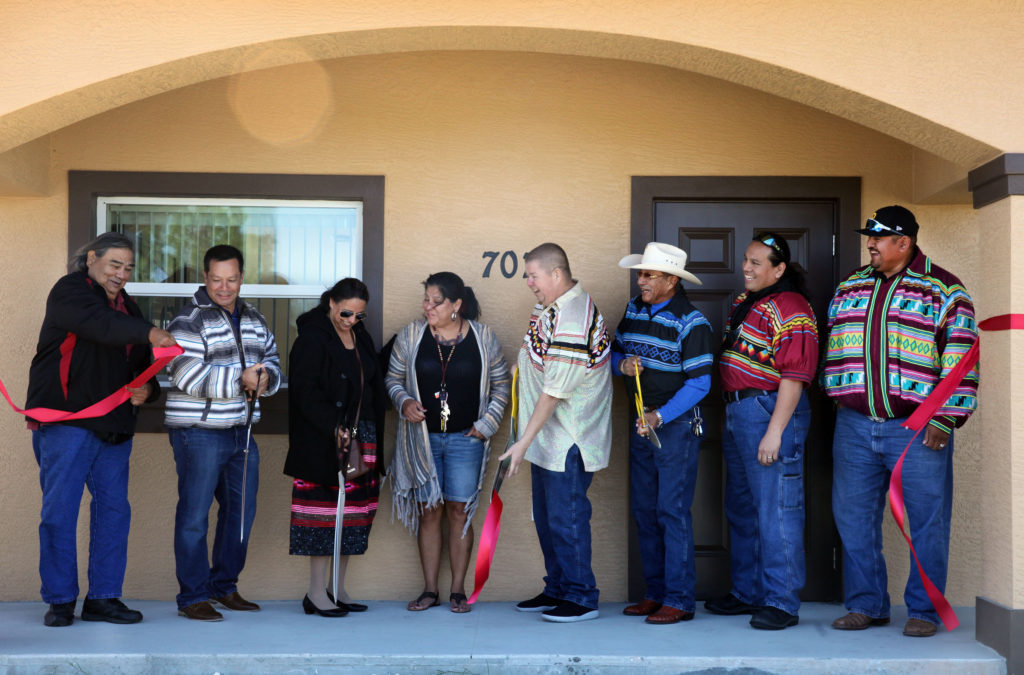