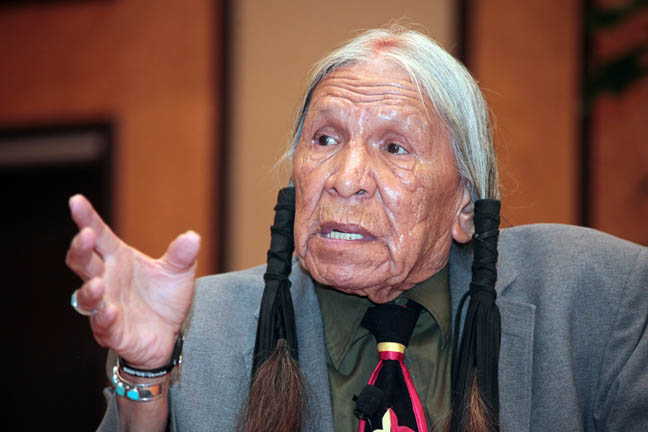 HOLLYWOOD — Saginaw Grant’s distinguished face – aged, patient and wise – is instantly recognizable from movies and television. At 78, he is blessed with the wisdom that comes only with time.

But Grant doesn’t live in the past. His mission is to ensure the future is filled with Native Americans who proudly promote their heritage and keep their culture alive.

Grant spoke at the Education Expo Sept. 5 at the Seminole Hard Rock Hotel & Casino Hollywood. His message was aimed at youth but meant for adults to hear as well.

“The responsibility of an elder is to pass on the traditions and culture of our people,” said Grant, a member of the Sac and Fox Nation. “Your responsibility is to listen to what your grandfather told you. Learn your language and do the things our people have done for centuries.”

He believes Native American adults have neglected that responsibility and need to speak with youth more often. Grant talks about traditions and culture every chance he gets so they can be passed on to younger generations.

He is also passionate about education and believes young adults should have careers, not jobs.

“Find what you enjoy doing,” Grant said. “That’s your career, that’s what you need to do in life. Have a career, be somebody and be proud of who you are.”

Grant’s acting career started accidentally more than 30 years ago. While attending a writing seminar near San Francisco, a director noticed him and asked if he would appear in a car commercial. He agreed and his Hollywood career began. His first movie was “War Party” in 1988. Since then, he has acted in television shows and movies, including “Breaking Bad” and “The Lone Ranger.”

The recipient of the American Legacy Award from the San Diego Film Festival and the Lifetime Achievement Award from Oceanside International Film Festival, Grant has found success at his craft. He said the highlight of his career is meeting and connecting with people.

“I didn’t want to be an actor, but it was given to me by the Creator,” he said. “I was raised to believe things happen in life to make you do what you do. Acting gives me the opportunity to continue what I do today.”

Grant was impressed with the Seminole Tribe’s dedication to their children.

“He told us to listen to our elders,” said Raevin Frank, 17, a junior at University School in Davie. “It made me feel like I need to know more about my culture and ask my grandfather to teach me things.”

“He’s a great role model for young kids,” added Janay Cypress, 16, a sophomore at University School in Davie. “You forget we are part of a large group of proud people. Even as an actor, he stays true to who he is.”

“They took our religion and our language from us. They never apologized for the damage they did to our people,” Grant said. “We prayed to one God all our lives. That’s why we didn’t kill Columbus when he came here; instead we tried to help him. That’s our philosophy, to help each other, and that’s the message our young people need to have today.”

Grant plans to pursue an apology from the U.S. government, similar to the one the Canadian government made to its First Nations in 2008.

But Grant doesn’t dwell on the negative.

“Say to yourself when you wake up, ‘Today’s going to be a good day,’” he said. “Don’t focus on the negative. We all know right from wrong; we just need to do the right thing.”

Grant looks forward to the future, but with no specific plans.

“Something will come up; it always does,” he said. “Something meaningful; it’s what the Creator has for me.” 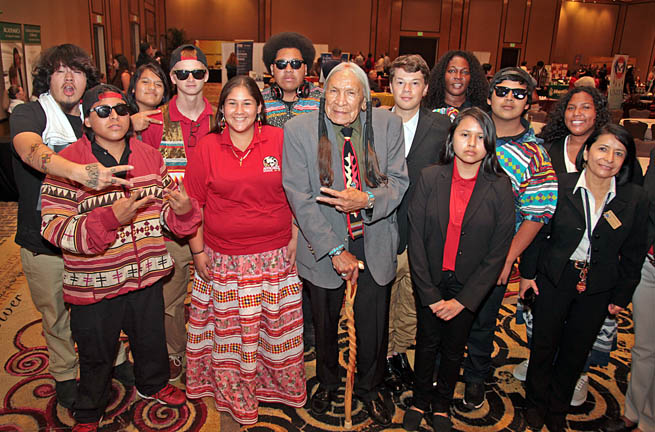