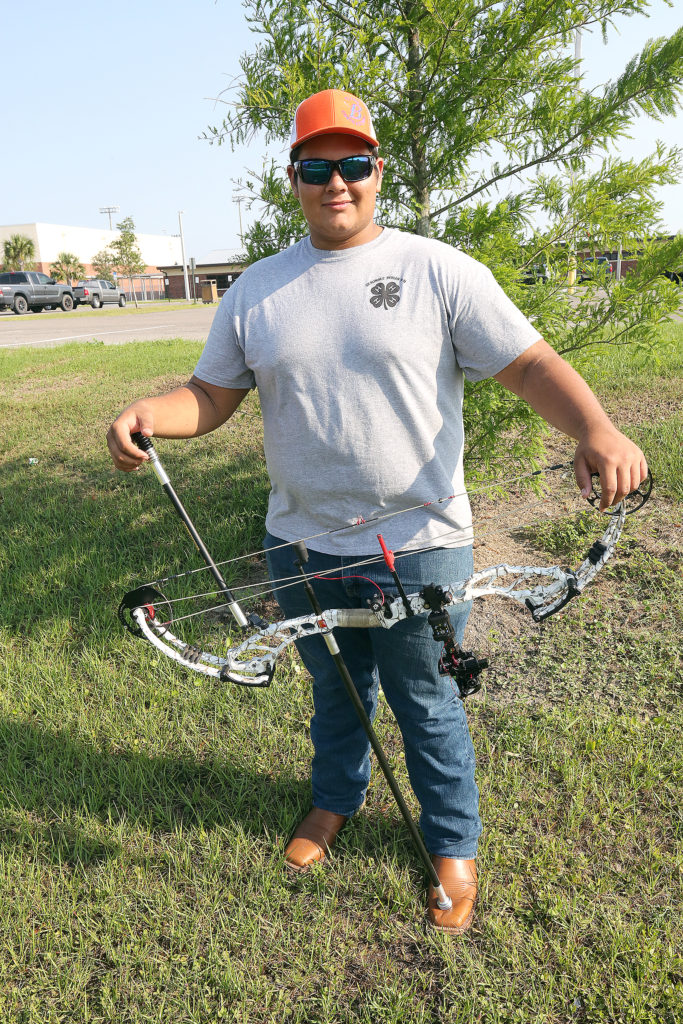 MOORE HAVEN — It came as no surprise to Moore Haven High School football coach Richard Roudybush that his offensive lineman Conner Thomas qualified to compete in a national archery championship.

After all, Roudybush knows Thomas has excelled in football, track and field, and academics, so why not archery.

“It’s awesome,” Roudybush said. “He was an honorable mention in the district as a football player as a sophomore. It’s great to see him compete in other things and excelling. He’s figured out how to throw shot and disc, play football and excel at archery. He’s doing a great job, and he’s doing a great job in the classroom, which is the most important thing.”

In March, Thomas, the son of Cecelia and Frank Thomas, finished third in compound archery at Florida’s 4-H state competition in Gainesville. By finishing in the top four out of about 30 competitors, Thomas earned his way onto 4-H’s Team Florida squad that will compete at the 4-H Shooting Sports National Championships June 25-30 in Grand Island, Nebraska.

Thomas, 16, enjoys blocking for Moore Haven running backs and battling opponents under the Friday night lights during the fall, but the 5-foot-10, 290-pound lineman also likes the competitive aspects of archery.

“I like the competition,” said Thomas, who belongs to the Glades County 4-H. “It’s a fun sport. I hunt, too. Besides hunting season, you can still go around shooting bows and win prizes. I like shooting the whole year, and you get to meet new people.”

Thomas and his Florida teammates – Hala Skelton (Alachua County), Seth Justus (Polk County) and Raif Prevatt (DeSoto County) – will vie for individual and team awards in compound archery against some of the top 4-H shooters from around the country.

For Thomas, the focus is squarely on compound archery.

“I want to do good,” he said. “My expectations are high. I know there’s going to be good competition, good shooters, which I like because that sets my game up. I just hope I shoot in top places. My team that I’m going with, we’re looking like a good team.”

At the state competition, Thomas was pleased with his performance.

“The first part of the morning was pretty windy,” he said. “Once I got out of the wind and went into the woods, more of my scenario and 3D animals, I brought my points up. That helped me out a lot.”

Coach Prevatt said Thomas has stepped up his commitment to archery.

“He’s always been a great archer, but he’s upgraded his equipment and really concentrated on [archery] for the past six months to a year and elevated himself. He’s challenged himself and he’s really improved,” she said.

After the Nebraska competition is done, Thomas will shift his focus to competing in the North American Indigenous Games in July in Toronto. Thomas and the rest of Seminole NAIG archery team will be coached by Joe Collins from the Recreation Department. At the 2014 NAIG, Thomas opted to compete in rifle shooting rather than archery. This time around, it’s going to be archery.
“I really enjoy the sport of archery,” Thomas said. “It’s one of my passions. I’ve done it for a long time. I really like it.”