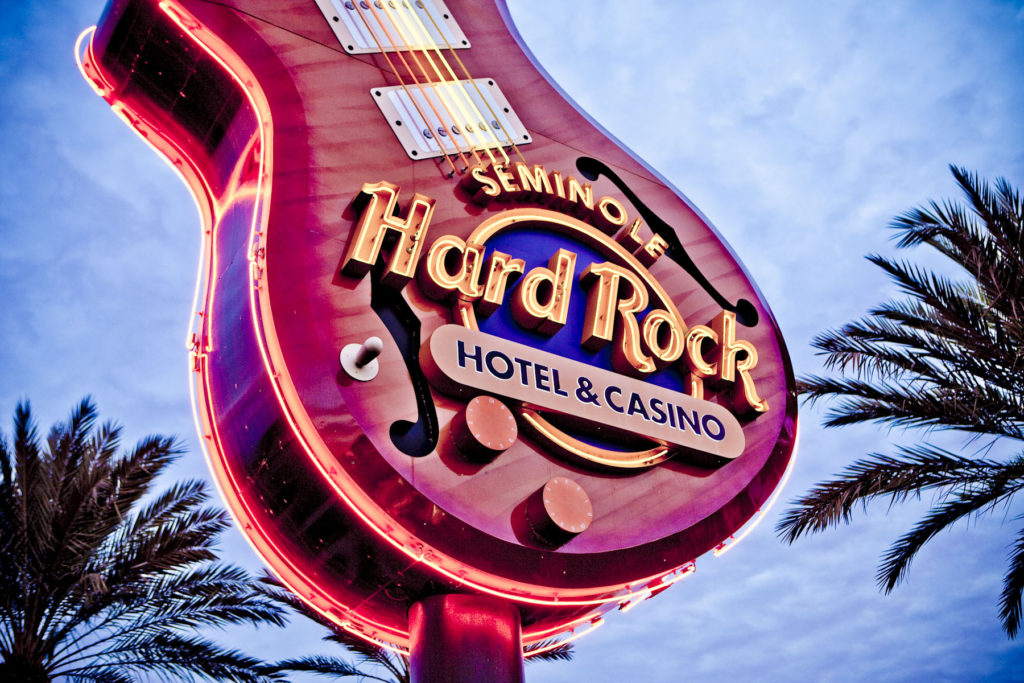 The completion of the phase one expansion of the Seminole Hard Rock Hotel & Casino Tampa drew Tribal Leaders, Tribal members, officials from Hard Rock International, Hard Rock Tampa, and Seminole Gaming to a celebration May 23. The ceremony recognized the opening of a new poker room, the new mezzanine level casino, a smoke free gaming area and the new Orient Road parking garage.

The event began just outside of the smoke free casino with a full gallery of VIPs in attendance. Bobby Henry offered a blessing in his native language. Beyond the roped VIP area a large group of casino patrons gathered out of curiosity to hear and see the fully regaled Henry open the ceremony.

Tribal Leaders took turns offering brief and meaningful thoughts on the celebration as well as the hope of a continued prosperous future. President Mitchell Cypress shared the story about how the Tampa Reservation and community came to be when Ruby Osceola and her family moved from Bradenton onto the original nine acres of land of the Tampa Reservation in 1980. President Cypress  explained how archaeologists uncovered human remains at the former site of Fort Brooke. Development of the Channel District of Tampa was stopped at a cost of $10,000 a day after the area was deemed a sacred site. The Seminole Tribe and then-Mayor Bob Martinez worked toward a solution. That solution was an 8.5-acre parcel of land and the junction of Interstate 4 and Orient Road, a place where the remains could be repatriated and a cultural site could be created.

“We are here because of a single strand of beads and because Ruby moved her family here,” President Cypress said. 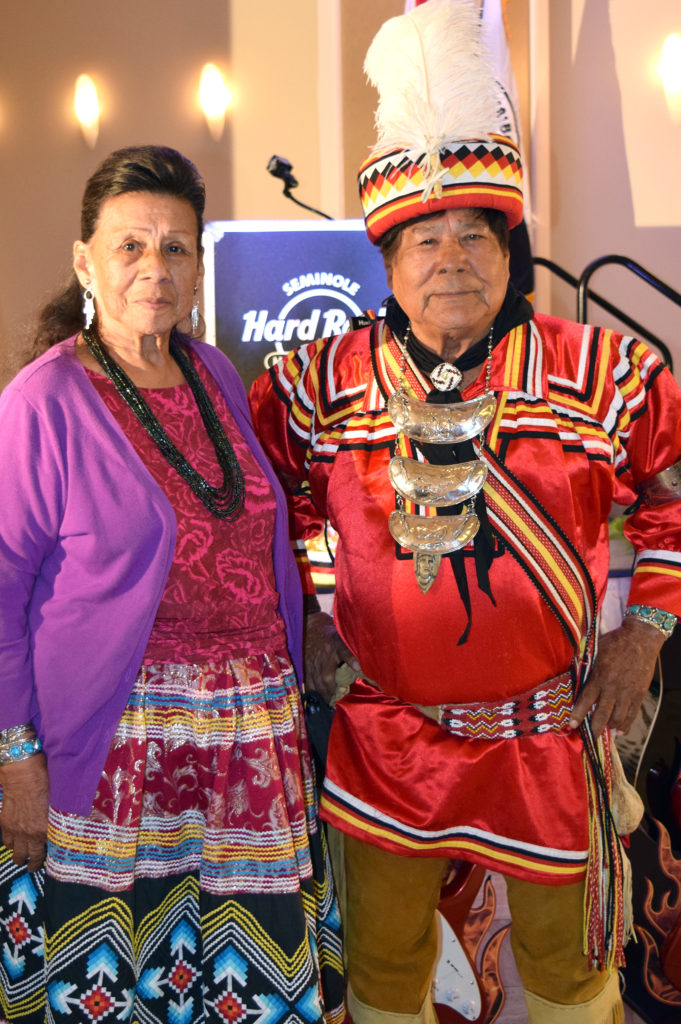 The beads discovered at the Fort Brooke site initiated closer scrutiny by archaeologists and the discovery of the remains.

Chairman Marcellus W. Osceola Jr. thanked the over 5,000 employees who worked through the expansion.

Joe Lupo, President of Seminole Hard Rock Tampa, said, “This is certainly an exciting day for our property we’re ecstatic that we now have these terrific venues to offer our guests which ultimately enhances their experience.”

The tradition was taken to the next level in December 2010 when 1,914 guitars were smashed at the Seminole Hard Rock Hotel and Casino Hollywood. When Hard Rock Anchorage was opened the ceremonial guitar smash came with an Alaskan twist – over blocks of ice.

The new poker room is state of the art. It features 46 tables and was designed with the sports fan in mind. Forty televisions, including six 75-inch screens and four 65-inch screens, ensure that no sporting event is missed.

High stakes players have a new high-limit lounge that features two VIP tables. Other amenities include a bar that seats up to 15 guests as well a snack bar that can accommodate up to 20 seated patrons. For smokers there is an outdoor area to accommodate their needs. 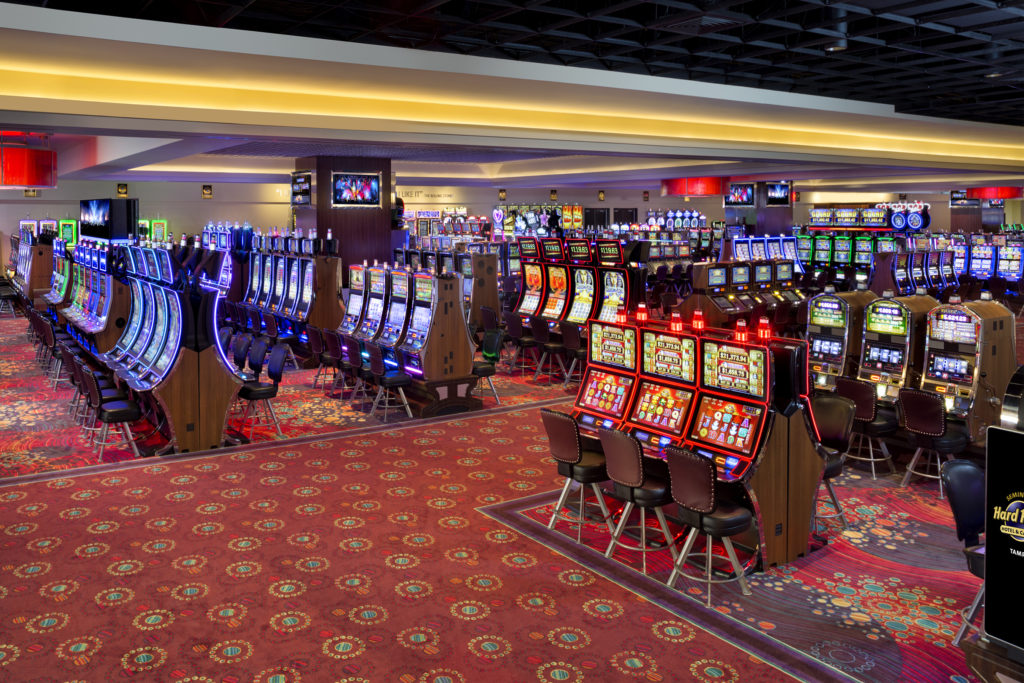 Located at the bottom level of the mezzanine level casino is the new smoke free gaming area. It features 850 of the newest and most popular slot machines. The smoke free gaming area features a smoke free entrance, smoke free bar with video poker, a dedicated cage and Player’s Club. In addition there is a dedicated Uber drop off area and direct access to and from the surface parking area. Twenty big screen televisions are featured throughout as well as memorabilia from rock ‘n’ roll greats such as Keith Richards and The Who’s John Entwistle.
The new Orient Road garage has space for 700 vehicles and brings the total parking availability to over 5,000 spaces. Guests can enjoy a walkway and self-guided memorabilia ‘Rock Walk’ tour that showcases more than 100 of the Seminole Hard Rock Tampa’s most prized pieces including items from Beyonce, Carrie Underwood, Stevie Nicks, Bon Jovi, Nicki Minaj and others.