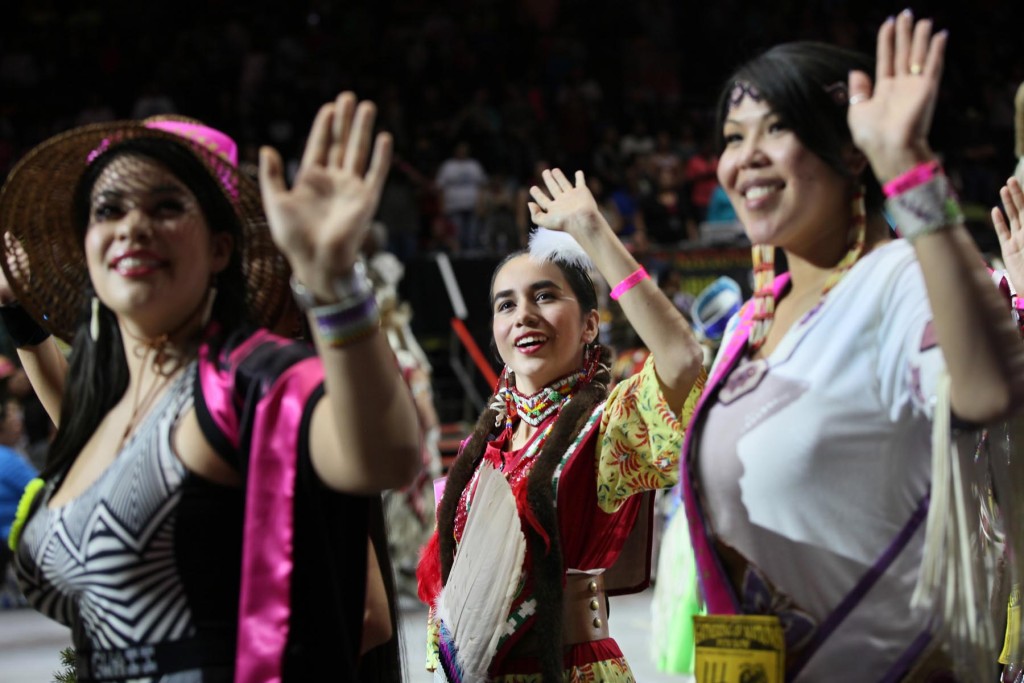 ALBUQUERQUE, N.M. — Twenty-three of Indian Country’s most talented and beautiful young women vied at the Gathering of Nations Pow-Wow in Albuquerque, N.M. for the coveted title of Miss Indian World 2014.

Among them at the April 24-26 event was Miss Florida Seminole Tia Blais-Billie, 18, a Hollywood resident and graduating senior at Pine Crest School in Fort Lauderdale.

The contest opened with the talent section. Blais-Billie – daughter of the late July Billie, of the Otter Clan, and hairstylist France Blais-Billie – displayed her flair for fashion with a lineup of handmade Seminole dolls decked in patchwork dresses.

Later, the contestants ages 18-25 proved individual forte for public speaking by answering impromptu questions. Blais-Billie was asked to describe the Seminole Tribe as she would to an outsider.

“We’re a very proud, tight-knit community open to sharing our crafts and our language,” she said.

iHeartRadio host Beulah Sunrise, of Albuquerque, who served on the pageant committee, said the competition was about empowerment, sharing cultures and networking. The women, mostly college students or recent graduates, represented diverse Tribes from New York to  Alaska.

“It’s important to be strong as Nations but when the contestants network, join together and help each other, they fulfill one of the main purposes,” Sunrise said. “They learn from their differences and similarities which grooms them to be future leaders.”

Many women from the pageant’s 31-year history have become leaders in different areas of Tribal society, including government. They all become sisters for life.

“It’s official. I am making Melonie Mathews a Seminole sister,” Bowers said during a special presentation at the pow-wow.

The last segment of the competition highlighted Native dances.

Blais-Billie performed a modern Jingle Dress Dance, which has its origins in the Ojibwe Nation. She learned the dance just a few weeks before the pageant.

Blais-Billie was thrilled to escort the new court, flanked by all contestants, on their first honor walk. She said she learned much from the experience, especially about other Tribal cultures.

“It was really a supportive environment. There wasn’t a real sense of competition. I came back a lot more confident,” she said.