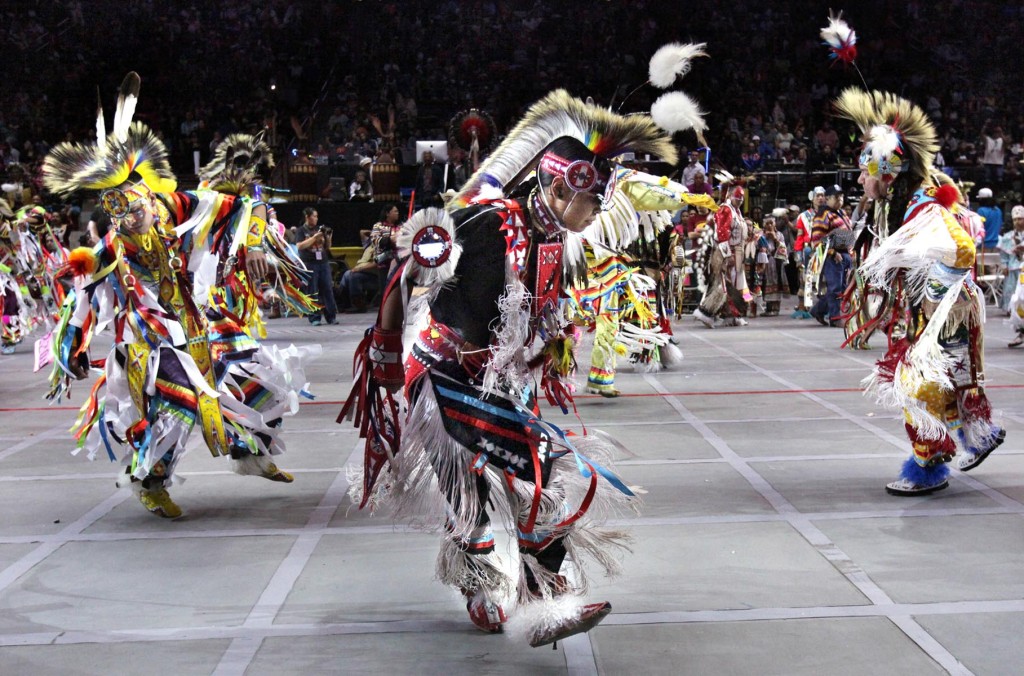 “Our relative has gone on to the spirit world,” said the announcer to a packed audience at the 31st annual pow-wow. “On Sept. 3, 2006, he went home to the Maker, the great Creator.”

The competition, one of several specials at the largest pow-wow in North America, was sponsored by Casey’s mother, Wanda Bowers, of Hollywood Reservation. At Bowers’ side were Casey’s sister, Christine McCall, and a cadre of loved ones including Stephen Bowers, Elizabeth Bates, Mary Jene Koenes, Christine and Sonny Nevaquaya, and Seminole Princesses Tia Blais-Billie and Brianna Blais-Billie.

“It makes me so proud because the dancers remembered Casey. It reminded me that they knew him and they loved him,” Wanda Bowers said.

Casey was only 18 when he passed away tragically just a few months after his high school graduation from Sheridan Hills Christian School. The Hollywood resident was a formidable football player who had earned a Gatorade Offensive Player of the Year award, the team’s Most Valuable Player title and a spot on the Broward County All-Star team.

He was also a pow-wow fan who made grass dancing a passion since age 7. Per tradition, he learned the dance from watching others then earned permission from Tribal elders to perform. Casey’s love for the powerful Medicine Dance was evident when he performed at the Seminole Tribal Fair in Hollywood and the Discover Native America in St. Petersburg.

But Casey passed away before he could compete with adults at national events.

“He never made it to the adult dance – that’s why it was so important to have others dance for him,” Wanda Bowers said. “I think I can let him rest now.”

Koenes led a prayer for the nearly 15,500 spectators who stood in silence.

“We’re given our children from the Creator but it is up to Him when He takes them home,” Koenes said.

The crowd hooted and cheered as the dancers stomped in a frenzy of brilliant colors until all but two men were cut from the group.

An epic tiebreaker dance-off lasted three sessions and brought spectators to the floor laying down cash at the feet of Lakota Clairmont, of Denver, Colo., and Julius Not Afraid, of Rocky Boy, Mont.