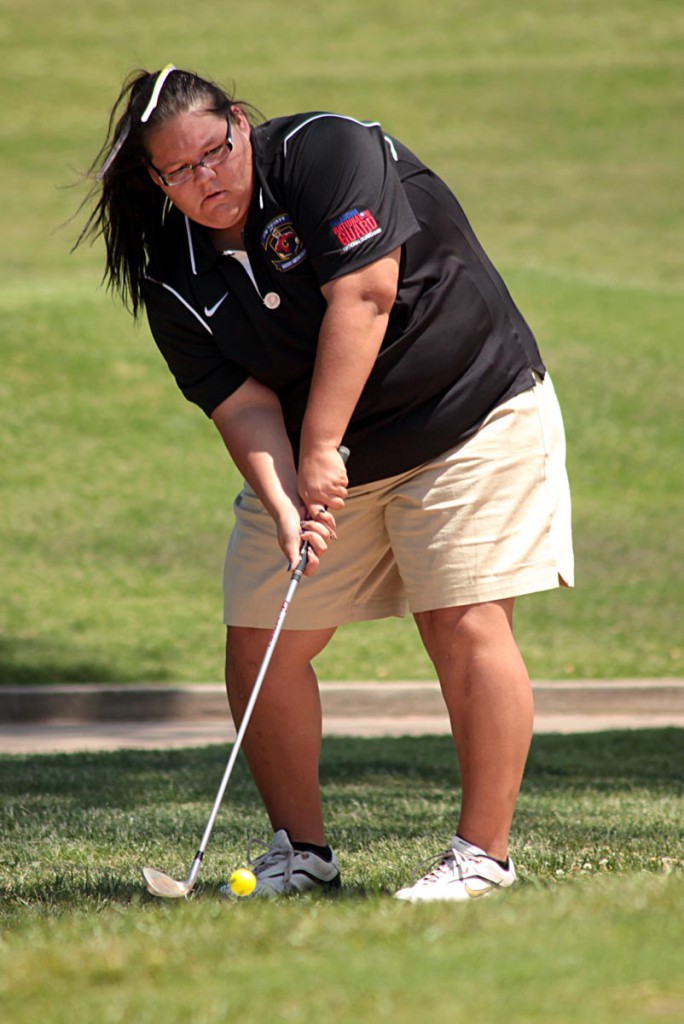 GREENEVILLE, Tenn. — High school senior Kirsten Doney recently used her formidable golf skills to earn a second place finish in her division at the Amateur Athletic Union (AAU) Golf National Championship, held July 18-21 in Greeneville, Tenn. About 300 kids in age groups from 6U to 18U played in the tournament, but Doney was the only member of the Tribe to compete.

“Golf is really a mind game,” said Doney, 17, who played in the girls’ 18U division. “You can’t blame anyone else for your mistakes on the course; you are you own team. During tournaments, you can’t talk to your coach so you are on your own. You just have to take what you’ve learned and put it into practice.”

Her record doesn’t reveal it, but Doney has only played golf for about four years. She comes from a family of golfers, so family time includes a day on the links. Doney has played on the Okeechobee High School varsity team, and Jason Tommie has coached her for the last three years.

“She is willing to learn any aspect of the game and try anything,” said Tommie, Brighton Gym field supervisor. “She’s a very positive thinker, which affects her game. Golf is a thinking person’s game; you have to be able to think your way around the golf course. Any wrong thought and your game can get out of whack.”

The AAU championship took place in Tennessee, which has a very different terrain than Florida. The Robert Trent Jones-designed course at the Link Hills Country Club features plenty of rolling hills to challenge any golfer, but it is Doney’s favorite course so far.

“This was one of my biggest tournaments,” Doney said. “I was pretty nervous about it, but after a few holes it got easier and it came naturally.”

Doney enjoys golf and finds it relaxing, regardless of the challenges. Her least favorite aspect of the game is the water traps; like any golfer, she gets frustrated when she hits a ball into the water.

“It doesn’t happen often, but when it does it gets into my head,” she said. “I need to learn to leave it behind and move on to the next hole.”

Tommie believes it was a significant accomplishment for Doney to come in second in a national championship tournament.

“Going into her senior year it will be a confidence booster,” he said. “It will help her out in her final year on the team. Kirsten’s a very intelligent student in school and on the golf course.”

Doney looks forward to her next big tournament during the North American Indigenous Games in Canada next summer. She believes golf is a good game for any kid to learn.

“It’s a game that lets you focus on yourself and the game,” she said. “It’s not just about winning; it’s about learning. It will take years to understand how to play. Even the professional golfers are still learning how to play.”