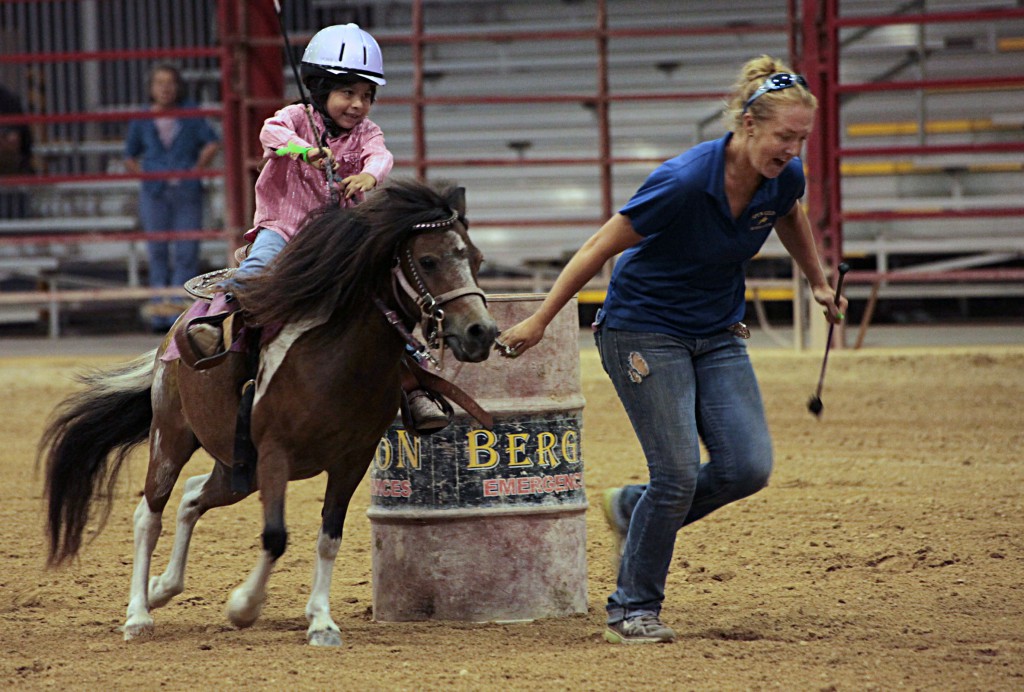 DAVIE — Hollywood residents may live in the city, but many have enough country inside them to compete in the rodeo arena. During the summer, some city kids saddled up for the Kids’ Summer Buckle Rodeo Series at the Bergeron Rodeo Grounds in Davie.

The young cowboys and cowgirls train at Linda Sluder’s Spun Gold Equestrian Center in Davie where they learn horseback riding and rodeo skills.

Awards were given to those with the top scores in each event.

Takoda Howard, 6, earned a buckle for all-round cowboy in the peewee division and another as the highest scoring competitor in the ribbon pull. Regardless of whether the kids won awards, they all boosted their confidence learning to ride rodeo.

“It’s fun,” Takoda said. “But sometimes it’s hard to control the horse. You have to turn it and pull back and not hold the horn [on the saddle].”

Before the last rodeo of the summer, the kids gathered at Spun Gold to prepare. Because it was the last night of the series, they decorated their horses with festive washable paint and glitter. With the horses saddled, painted and secured in the horse trailers, the group of enthusiastic riders drove to the arena.

The lessons learned from rodeo go far beyond the arena. Sluder ensures the kids take care of the horses and themselves. They come to the stables often to feed, bathe and exercise the horses.

“She takes more responsibility around the house,” said Jaime Osceola.

Most Hollywood kids also compete in rodeos at Big Cypress and Brighton. The close-knit group sat together between their events and cheered on their peers in the ring.

“They love it and want to ride every day,” said Danielle Howard, mother of Takoda, Tehya, Hunter and Lance Howard. “It teaches them to respect people and animals and to trust yourself. It’s hard to work a big animal like that.”

Living in the city doesn’t stop these kids from the cowboy life, at least in the rodeo arena.

“Hollywood kids are really into it,” said Christine Nevaquaya, grandmother of competitors Janae and Wren Bankston. “You have to give them what they are interested in.”

Hunter Howard is glad he participates in the rodeo and thinks kids should give the sport a try.

“Every kid should sign up because it could have been the dream of his life,” said Hunter, 11. “All my buddies just learned how to ride and we ride in a big group. My mom signs me up and cares about me very much.”