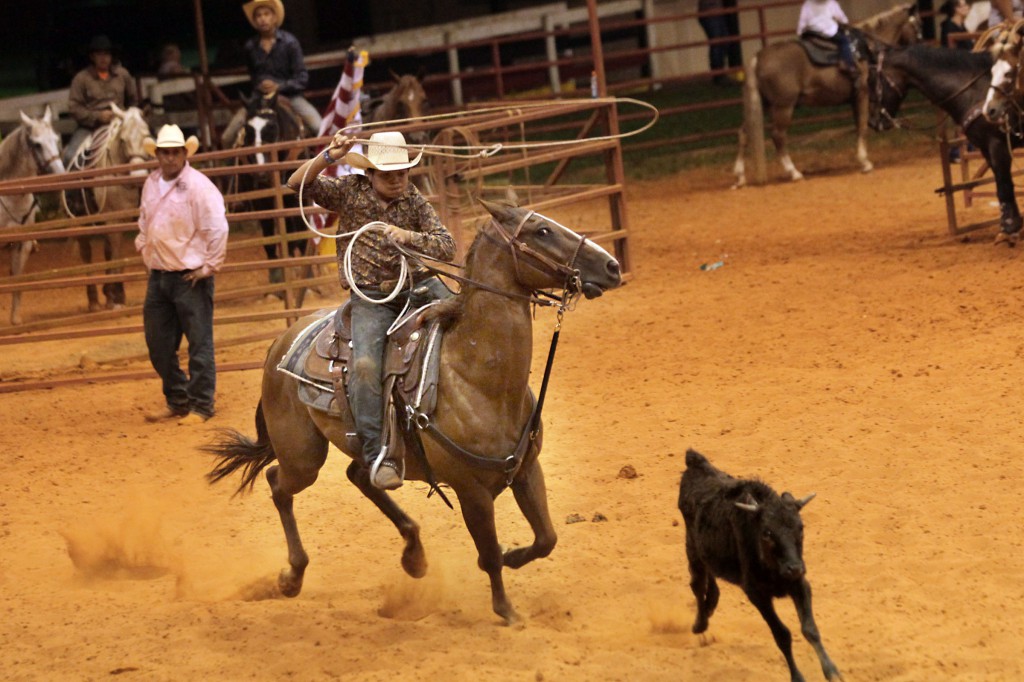 “This is what they worked for all year. They see the adults do it and they want to do it, too,” said Mackenzie Bowers, vice president of the EIRA made up mostly of Seminole Tribe members. “Our main goal is to continue tradition.”

The kids’ final was held May 31 at the Junior Cypress Rodeo Arena in Big Cypress.

Dyami, who also competes Wednesdays at Jackpot Rodeo in Davie, said he is going to Las Vegas to win. Last year, the 13-year-old saddled up to the INFR in breakaway but was blown out in the first round.

“This year I’ll be practicing a lot more before nationals – and I’ll be paying attention more to my elders,” he said.

EIRA Youth Events director Moses Jumper Jr. said kids will get plenty of rodeo action – and adult coaching – through summer. Adult EIRA members will be hosting the Kids Summer Rodeo Series for children ages 4 through 17 on July 27 and Aug. 31 at the arena in Big Cypress.

“The season might be over but we don’t quit rodeo,” Jumper said. “We’re looking at the next generation of rough stock riders.”

Bryce Baker, 7, who competed during the past season in pony riding and calf riding, said he can’t wait to get back to the arena. He is one of nearly 50 youth in the program who also learn rodeo responsibilities such as how to corral and rope the animals before and after competition.

“Sometimes we have to bulldog them (grab by the horns) and tell other kids to get out of the way.  I’m already a cowboy,” Baker said.

EIRA member Justin Gopher, a nine-time competitor in the INFR championships who started rodeo at age 8, said kids going to Las Vegas are in for plenty of excitement. He said their first adrenalin rush will come when they meet the leading cowboys in the nation. The second rush will happen when they go into the arena to compete for themselves.

“It’s a huge step to be around the top Indian cowboys. It’ll certainly be a good learning experience and it will build confidence for them to keep trying again and again,” Gopher said.

Dyami’s mother, Danielle Howard, admits to feeling a little anxiety when her son gets on top of a wild bucking bull, but she is proud of his success. Howard said her son’s last two years of competition have given him mental focus, physical strength and maturity beyond his years.

“Rodeo helped him grow from a little boy to a young man,” Howard said.