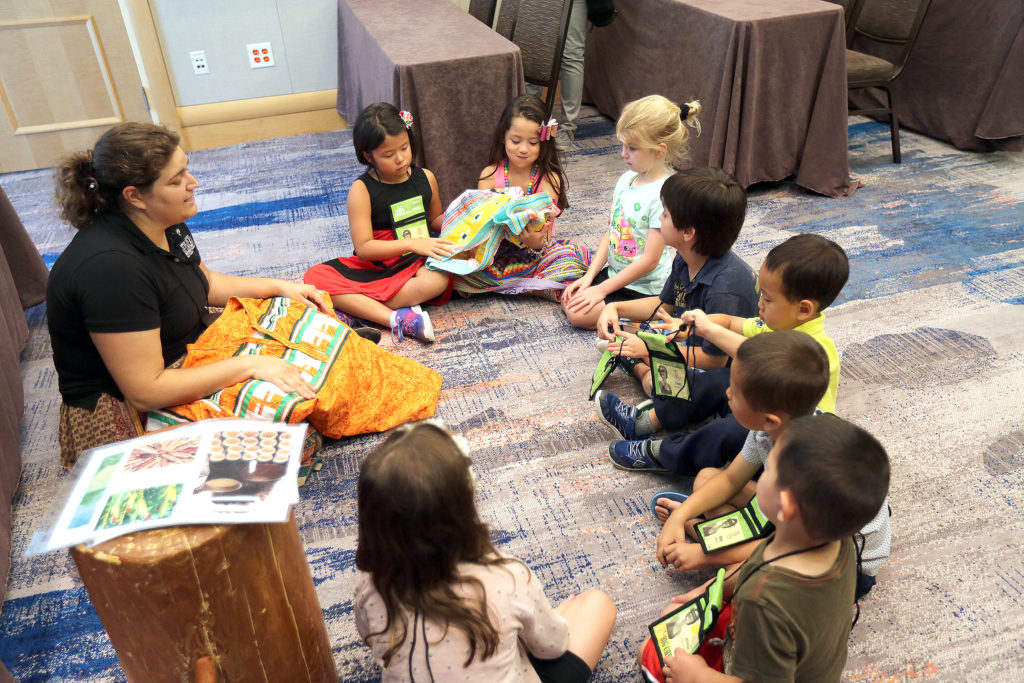 HOLLYWOOD — What is the capital of Wisconsin?

Jenna Billie wasn’t. Even though she is only 5 years old, Jenna can name all 50 state capitals without much hesitation. The daughter of Jennifer and Jonah Billie from Hollywood knows a lot more than just the capitals, too. Jenna’s high intelligence level is one reason why she will be starting the second grade this year well ahead of where peers her age are placed, which is kindergarten.

But Jenna has already graduated from kindergarten and with the blessings of her Montessori school and her parents, is bypassing first grade thanks to her exceptional academic skills. When she started kindergarten last year, she was already far ahead of the curve reading at a fifth-grade level.

Skipping a grade is a perk that comes with a 140 IQ, which is what Jenna scored at age four. Another benefit is inclusion into Mensa International, an organization for bright adults and youngsters that requires a member to score within the top 2 percent of approved IQ tests.

Jenna, along with 1,800 other Mensa members known as Mensans, attended the organization’s annual gathering July 5-9 at the Diplomat Beach Resort in Hollywood. A sampling of titles from the dozens of diverse sessions for adults ranged from “Addressing Urban Inequality and Poverty” to “Understanding Surrealist Art” to “Investing in Future Technologies.”

With the event practically in her backyard, Jenna didn’t pass up an opportunity to join fellow astute minds her age for the youth programs. Her small group for ages 4 to 6 included kids from Florida, California, Ohio, South Carolina and Texas.

“Our primary goal at Mensa is to provide social interaction,” said Jamie Uphold, Mensa’s gifted youth and leadership coordinator. “Our kids are different. They are exceptional in every sense of the word. They stand out. Mensa is a place where they fit in. Some of these kids are making friendships today that they will have for life.”

An array of educational programs set up on the third day of the gathering allowed the kids to learn about pizza geometry, invasive species and wild animals, all in one morning. Another caveat, especially for Jenna, was a program about the Seminole Tribe’s culture and traditions. 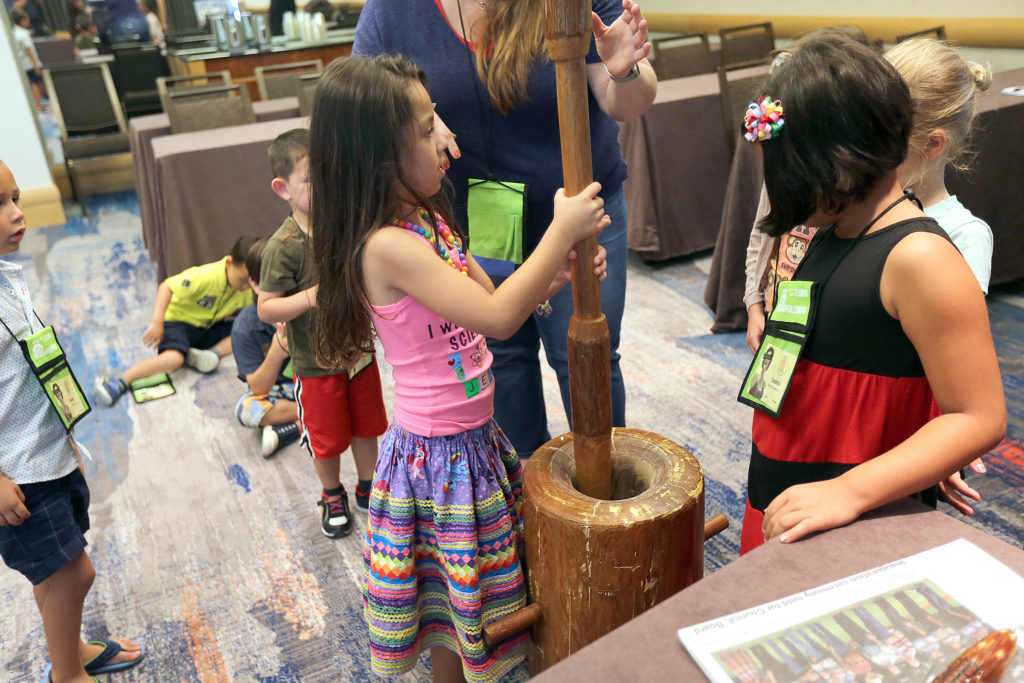 “Do you know who the Seminoles are?” Alyssa Boge, educational coordinator from the Ah-Tah-Thi-Ki Museum, asked the group of eight kids.

“I’m a Seminole,” responded Jenna, whose great uncle Noah Billie has artwork displayed at the Museum.

“She’s a proud Tribal member,” said mom Jennifer, who is not a Tribal member. “I don’t think she really understands that she’s gifted. She knows she’s different. She’s definitely a proud Seminole. Dad made sure to make her a very proud Seminole girl.”

Boge spent the next 50 minutes explaining and demonstrating the important history behind the Tribe’s patchwork designs, sweetgrass basketry, necklaces, clans, chickees, saw palmetto, sofkee, stick ball and the knee bone game. It was a hands-on morning for the kids, who grinned while grinding corn, smiled while smelling sweetgrass and played the knee bone game with the knee bone of a cow.

When she began to consider which programs to offer the kids at the Mensa gathering, Uphold said the Seminole Tribe’s name kept popping up on her searches for “Hollywood Florida culture.’ She was thrilled to be able to include the Tribe in the day’s youth menu.

“That’s something I want our kids to be exposed to. They love to learn. They love new and different information,” she said.

The Seminole program hit home with Jenna in many ways. When Boge started to explain about chickees, Jenna mentioned her family has a chickee in their front yard on the Hollywood Reservation. When the discussion turned to patchwork, Jenna became part of the demonstration by showing the patchwork design she wore.

As for those state capitals, when Boge casually mentioned she came to Florida from Wisconsin, Jenna, without any prompting, immediately provided an answer to a question that wasn’t even asked.

“Madison is the capital,” she said.