The short go victory capped an impressive week for the Jumpers, who twice had scores in the five-second range, including the second fastest time in Round 2 (5.31).

Naha Jumper also competed in tie-down roping short go, where he finished 10th with a time of 18.08. He ended ninth in the overall standings.

Luck wasn’t on the side of two other Seminoles in the championship short go.

Bull rider Kelton Smedley, who started INFR in good shape with Round 1’s fourth best score (77), had no score in the short go. His chances were hurt when the bull he was on stumbled after taking a few steps out of the gate. He wasn’t alone with a ‘no score.’ Only two of the 10 riders stayed on for the eight seconds.

Steer wrestler Blevyns Jumper, who produced Round 2’s third fastest time (4.35), never got a chance to wrestle in the short go as the steer stopped right after the gate opened. He finished 11th in the overall standings.

On the women’s side, Ashley Parks, a Choctaw from Davie who races in the Eastern Indian Rodeo Association with the Seminoles, finished second in the ladies barrel racing short go. Her time was 14.932, a fraction behind 9-year-old INFR world champion Rocksie Marchand. Parks finished seventh in the overall standings.

In the senior division, Norman Johns made it to the championship short go and finished ninth overall in sr. breakaway. 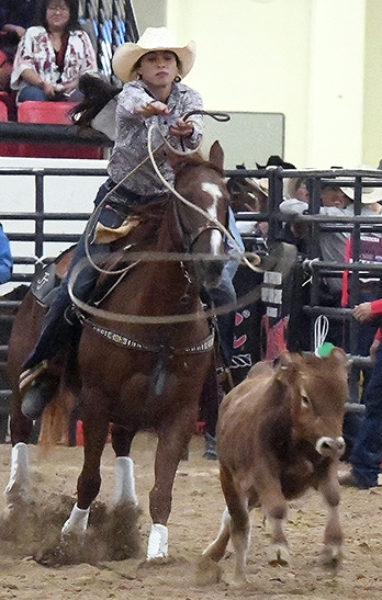 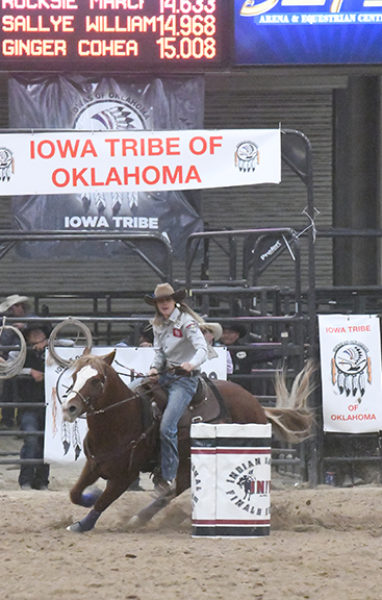 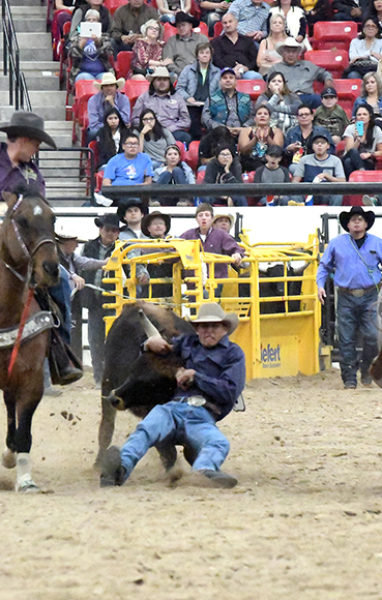 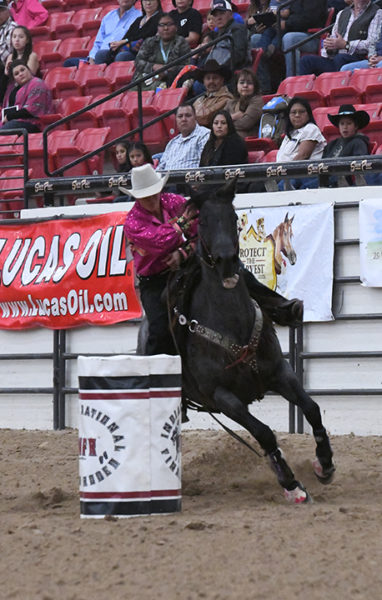 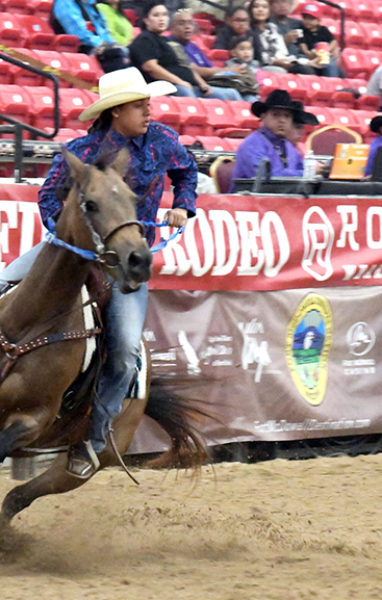 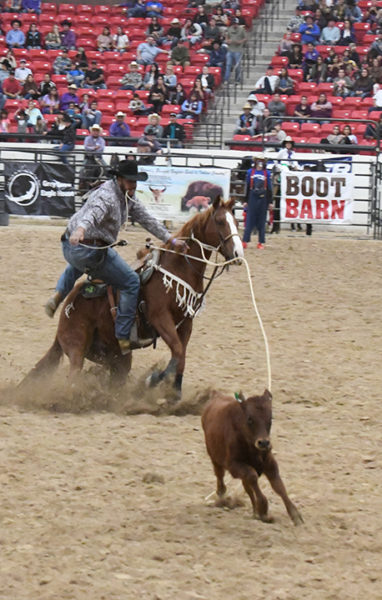 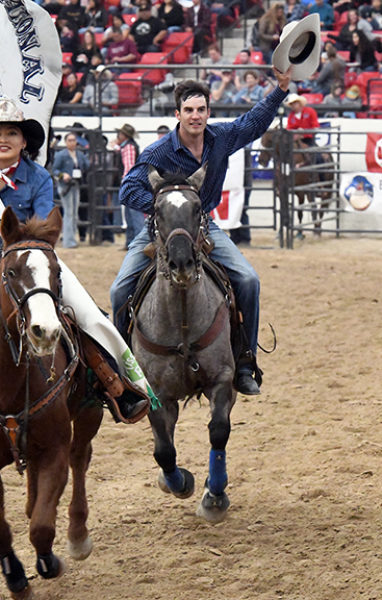 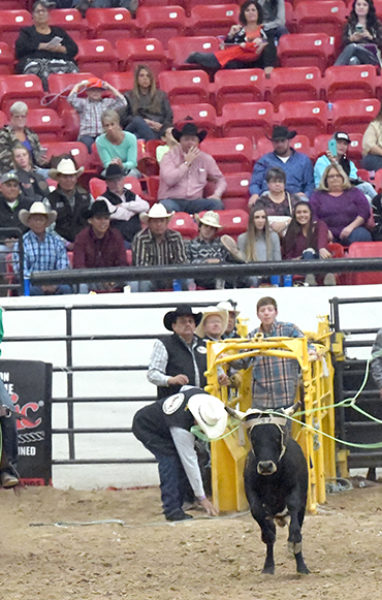 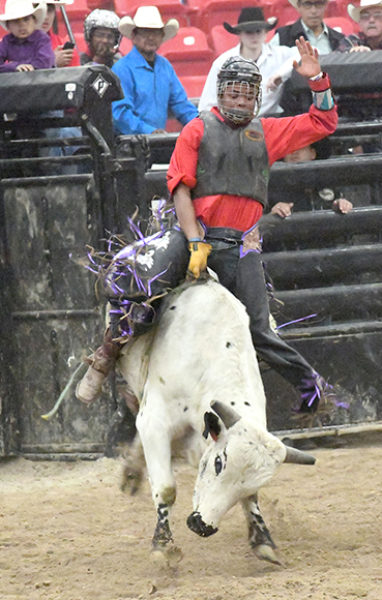 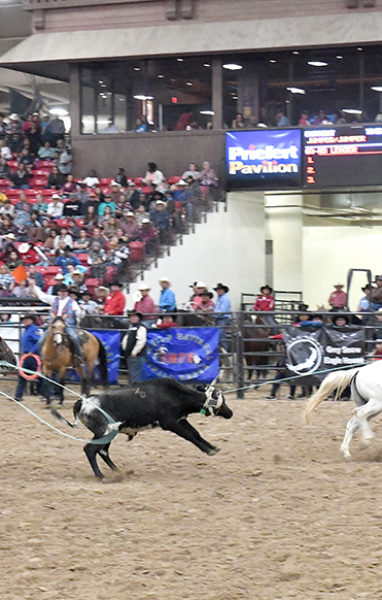 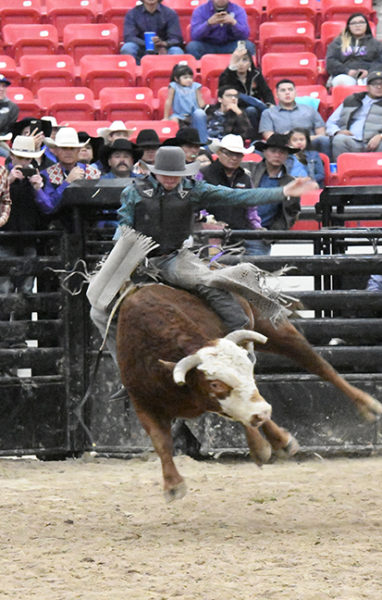 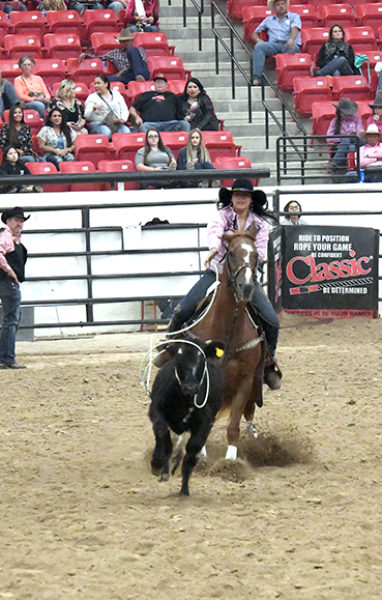 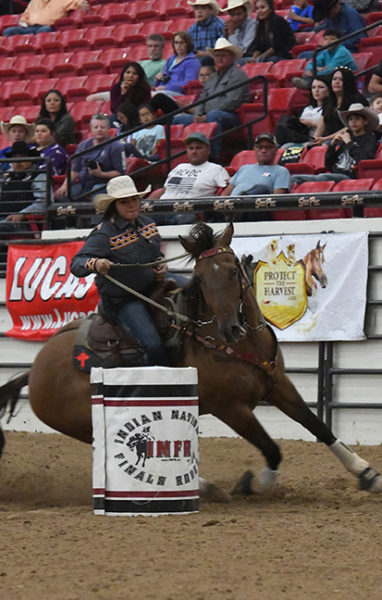 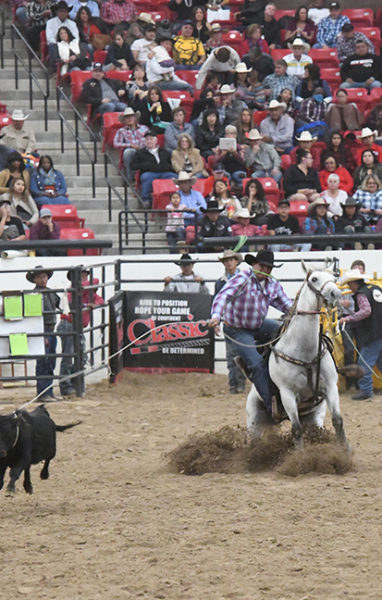 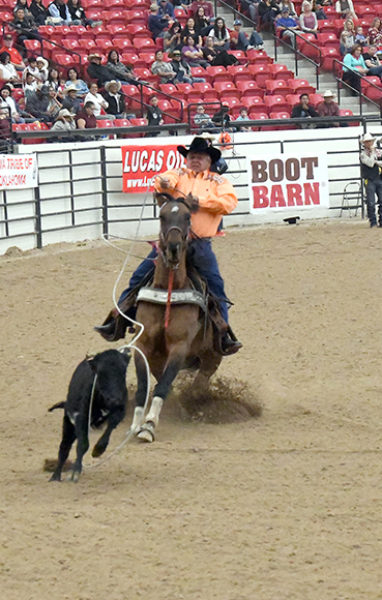 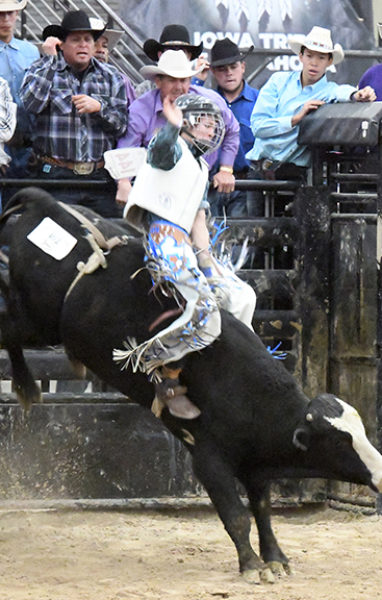 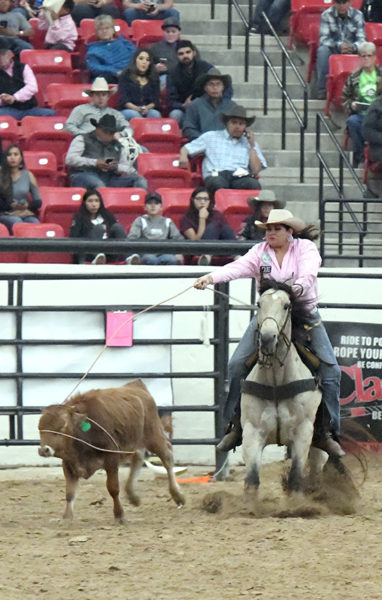 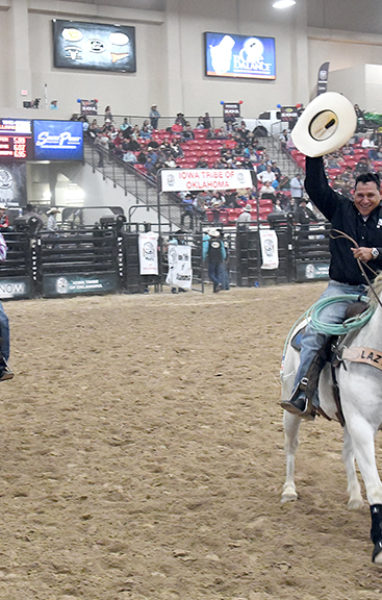