HOLLYWOOD — A host of international visitors converged at the Tribal Headquarters auditorium in Hollywood May 21 for a special session with Tribal Court officials. The group was visiting to learn about the Seminole Tribal justice system and Tribal court administration.

Participants in the International Visitors Leadership Program are part of an exchange program organized by Global Ties Miami and the U.S. State Department’s Bureau of Education and Cultural Affairs.

“These are professionals in the fields of law,” said Jacqueline R. González, special projects administrator for the Seminole Tribal Court. “They are attorneys, secretary generals … who want to take a look at our justice system,” she said.

One of the participants, Patricia C. Colombo, is from Salta, a province in northern Argentina. She is the former secretary of justice and is now the second in command in the general attorney’s office.

“In my province we have been working hard in judicial reforms in the past years,” Colombo said. “[I’ve] had the opportunity to work with the U.S. State Department and to share different experiences with U.S. professors, among whom are judges, prosecutors, defense attorneys and [Drug Enforcement Agency] special agents.”

She said through the U.S. Embassy in Argentina she has collaborated with her U.S. counterparts on several issues related to criminal law – including the accusatory system, a bill to implement jury trials and a task force for drug crimes. Her province has its own natives and Colombo said she was excited to learn about how the Tribal Court operates. 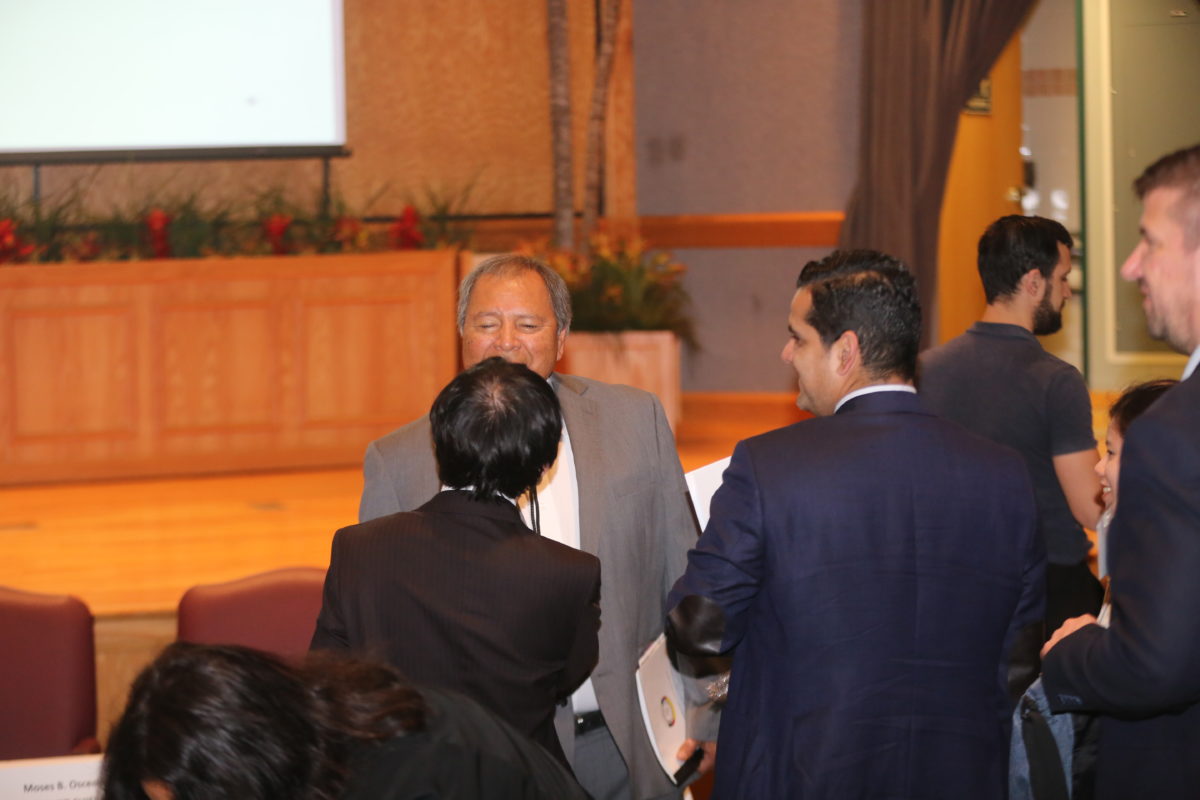 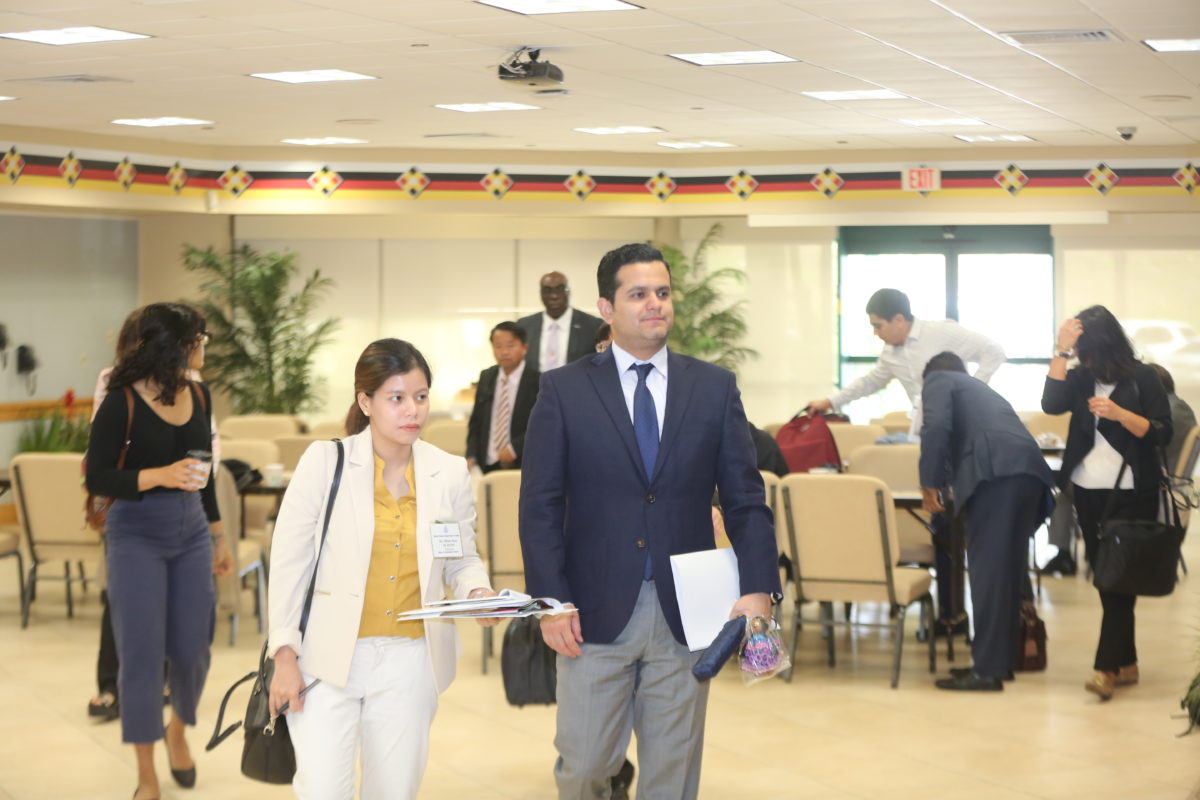 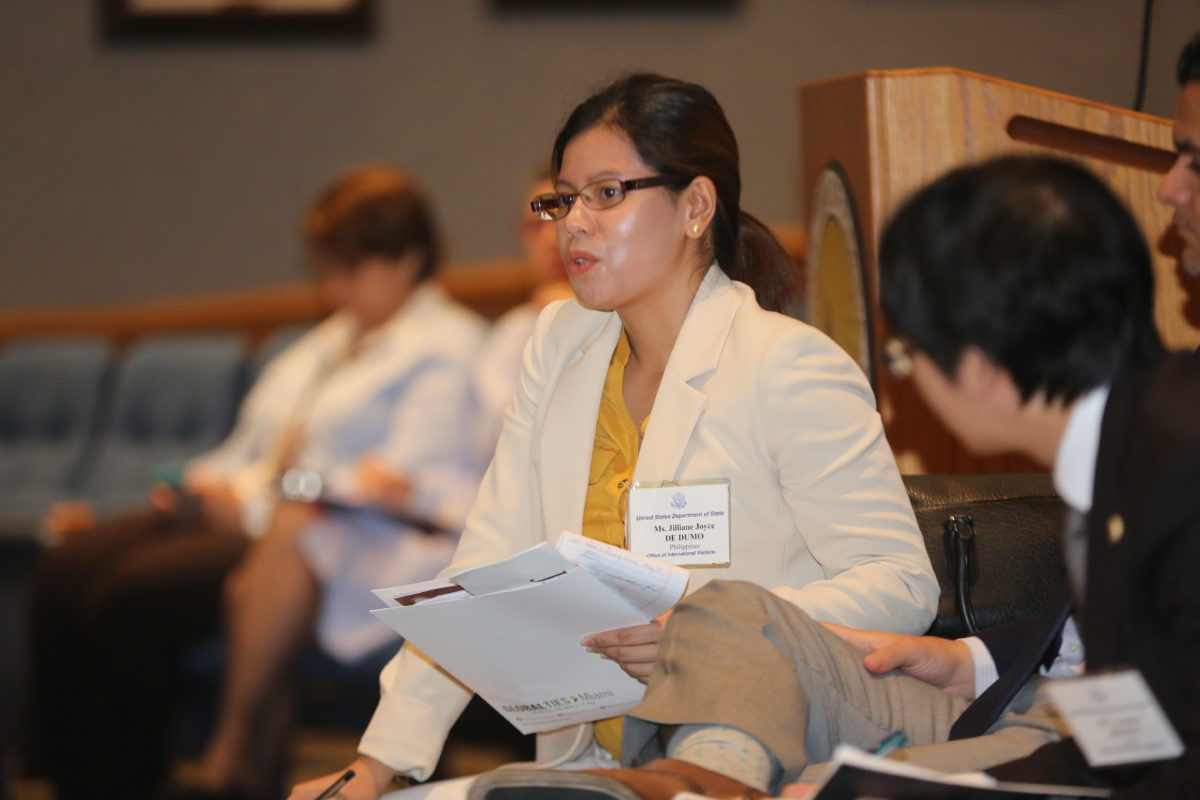 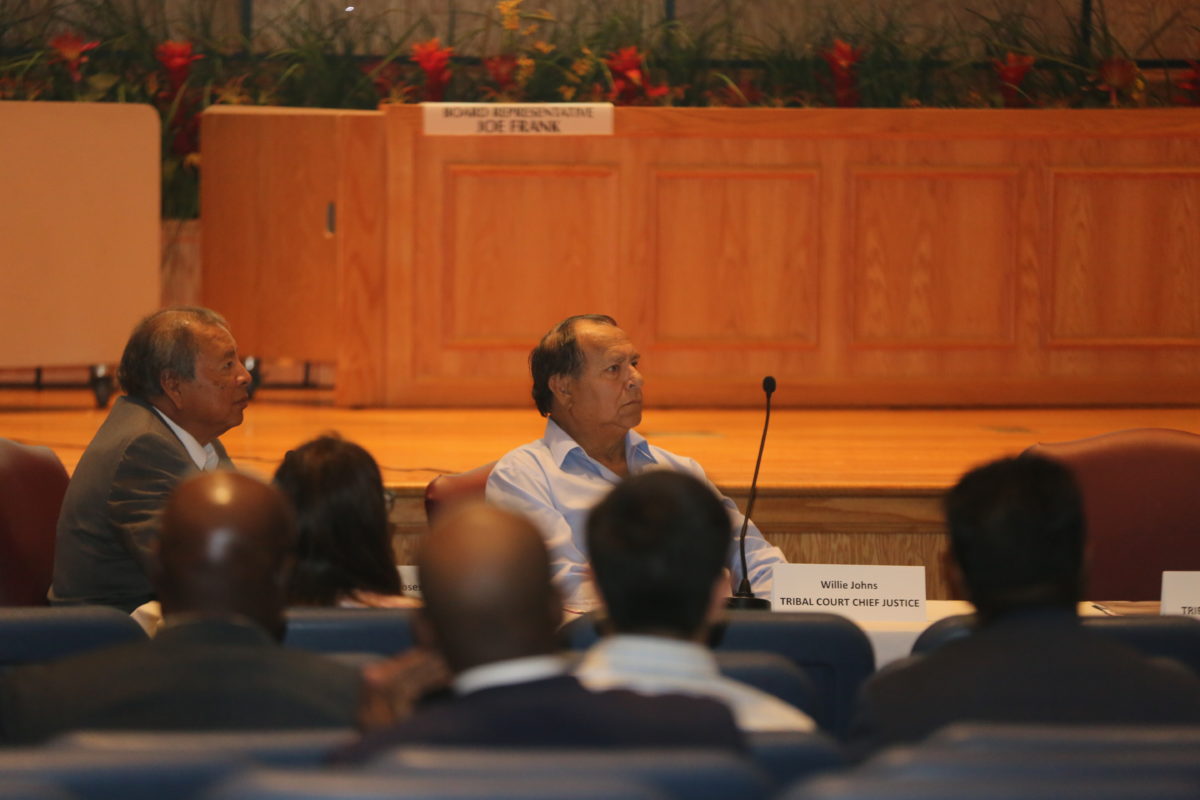 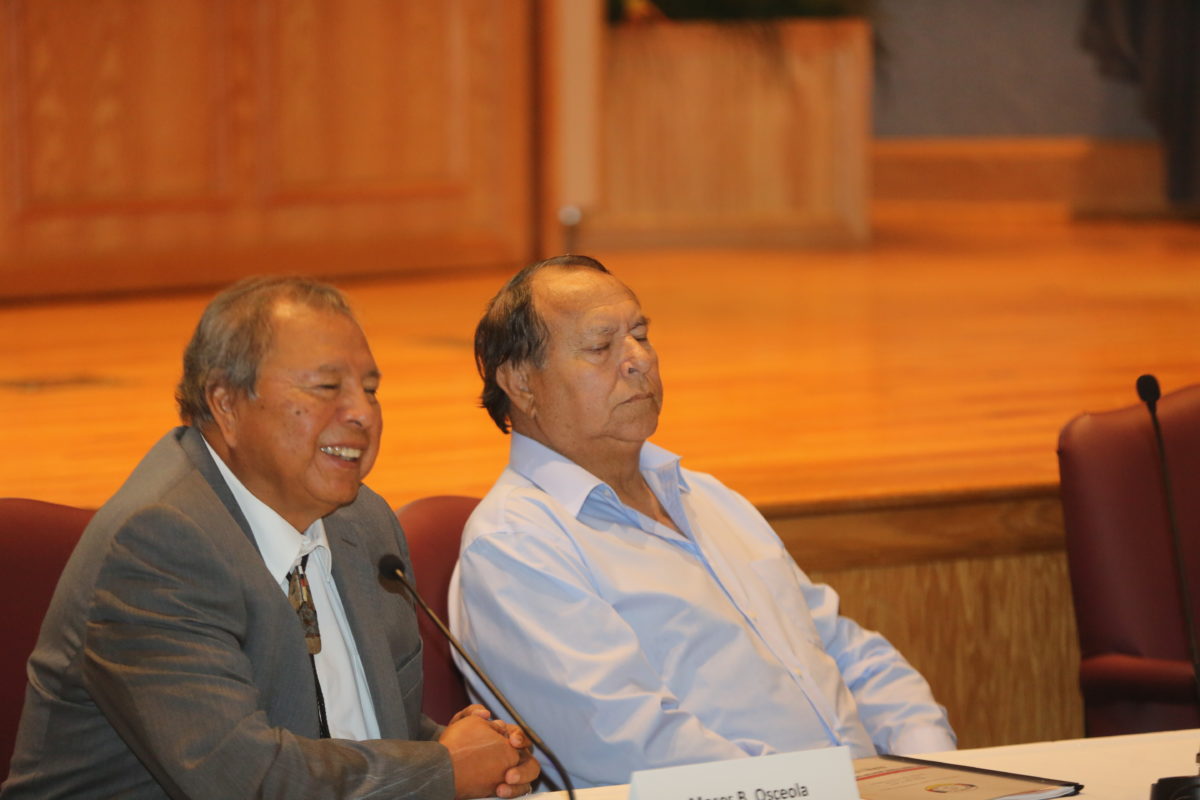 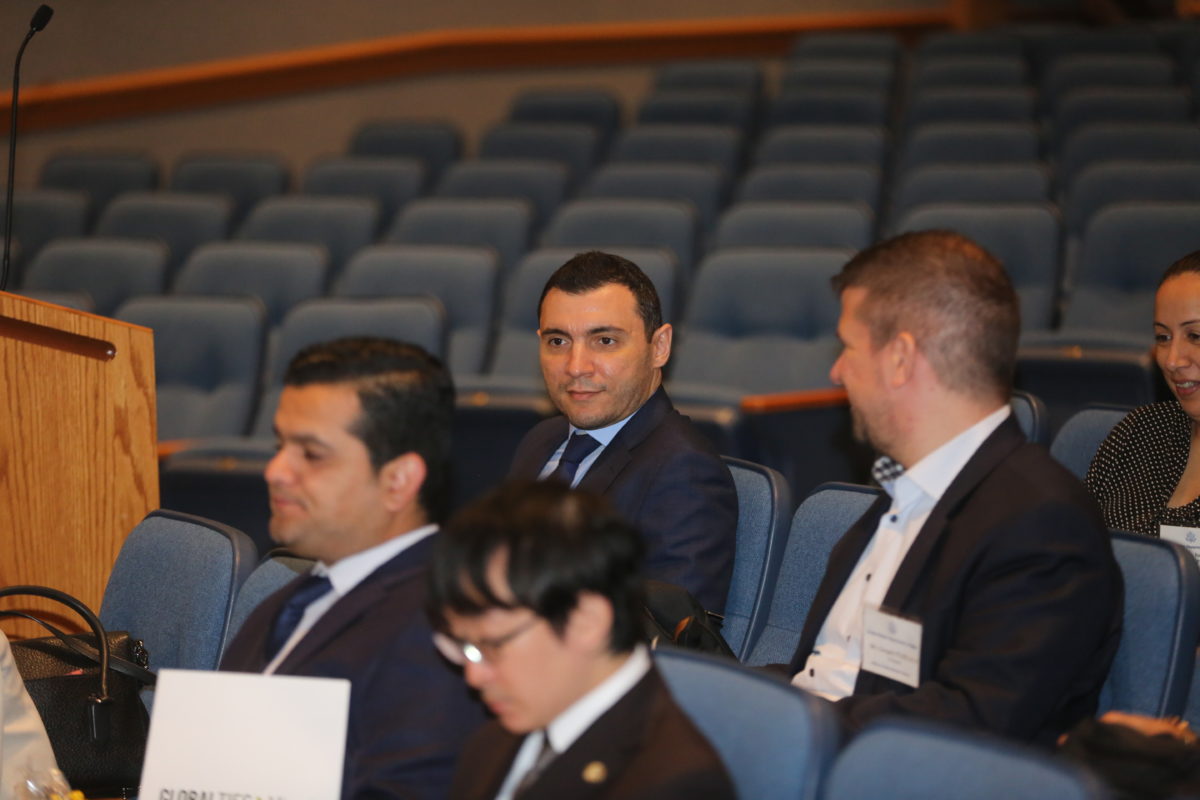 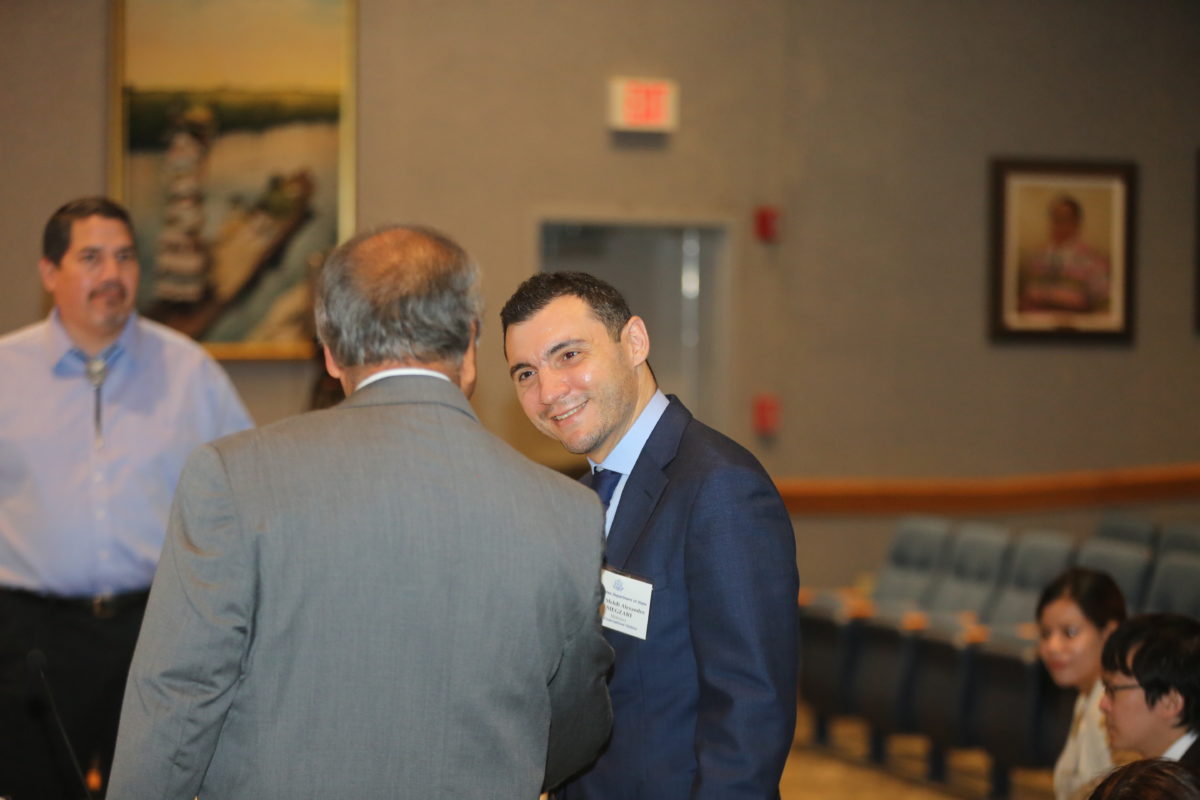 Wolfe, Chief Justice Johns and Chief Judge Osceola gave the group an overview of the Seminole Tribe of Florida and some of its culture and customs.

Wolfe noted that of the 567 tribes that are recognized by the U.S. government, in Florida there are just two – the Seminole and Miccosukee, both with a unique history.

Chief Judge Osceola said that today there are about 4,500 members of the Seminole Tribe, not only scattered across six Florida reservations, but living in areas across the globe.

“We fought hard for 40-something years in the 1800s in the Seminole Wars,” he said. “At least we didn’t end up in Oklahoma.”

Due to the U.S. government’s forced migration policy, many Seminoles were relocated to Oklahoma. The Seminoles who resisted now form the modern day Tribe in Florida.

As the presentation moved toward Tribal Court topics, Chief Judge Osceola related a story about how the Seminoles used to have a very specific system of capital punishment.

“Usually it was ordained through the [Green] Corn Dance and the medicine men,” he said. “They would appoint somebody to take you out. We didn’t have a formal electric chair or a rope where we hung you. We invited someone to take you out and that’s what they did.”

Chief Judge Osceola said his grandfather was someone who “had to go and avenge a murder.”

“It was a court order basically to avenge a family murder,” he said. 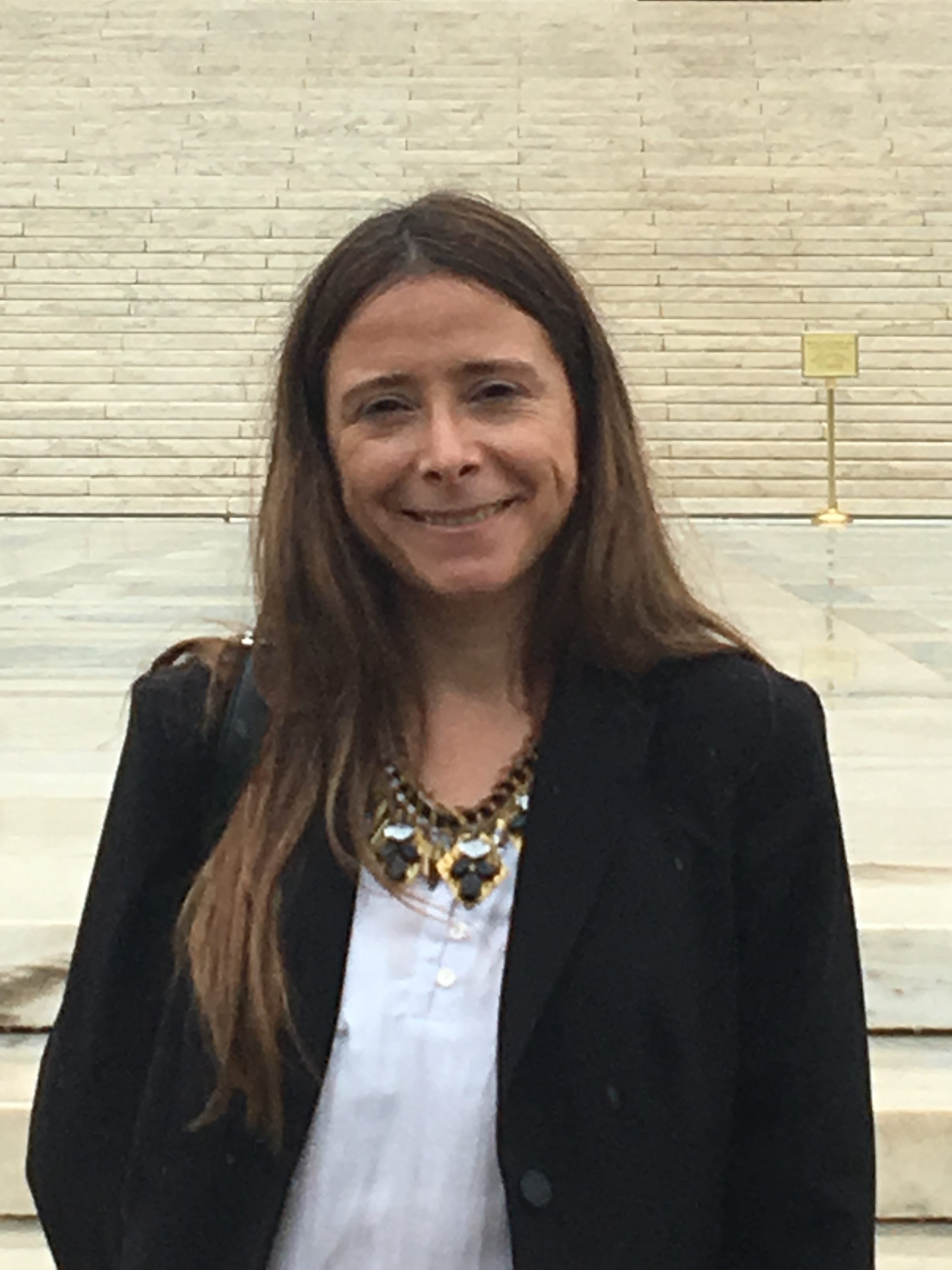 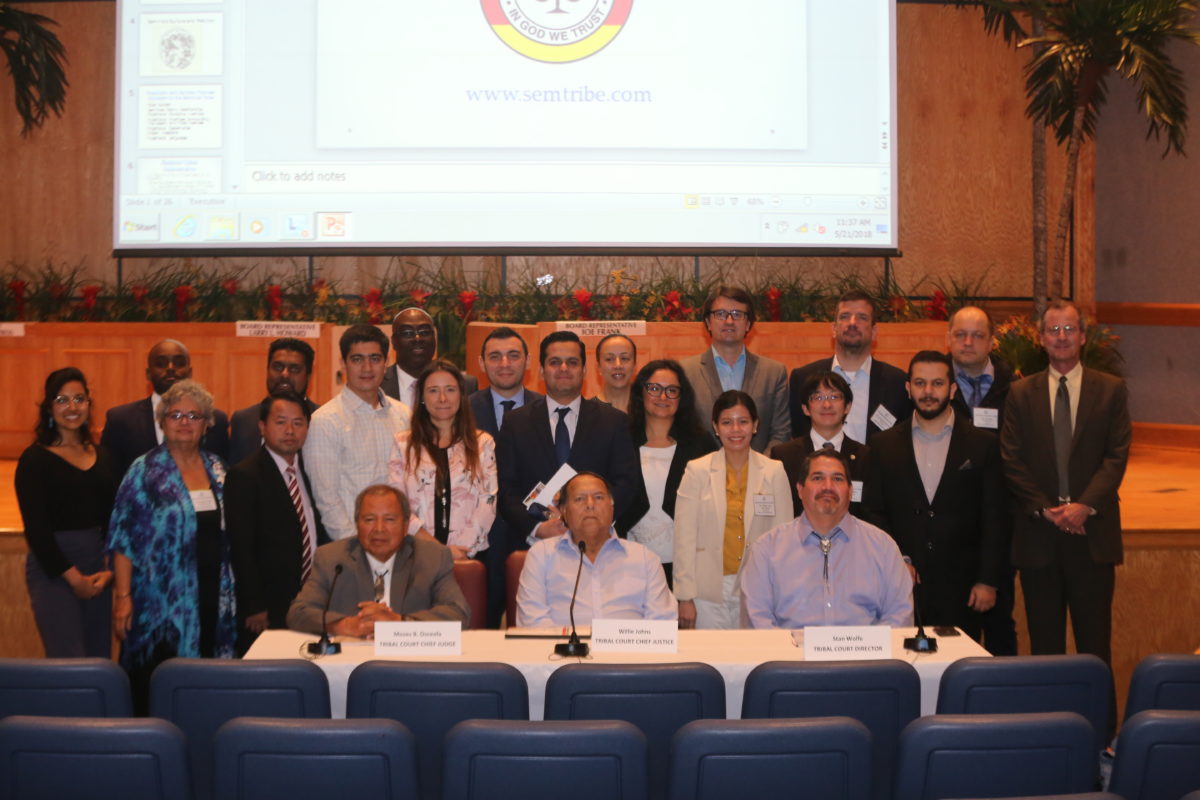 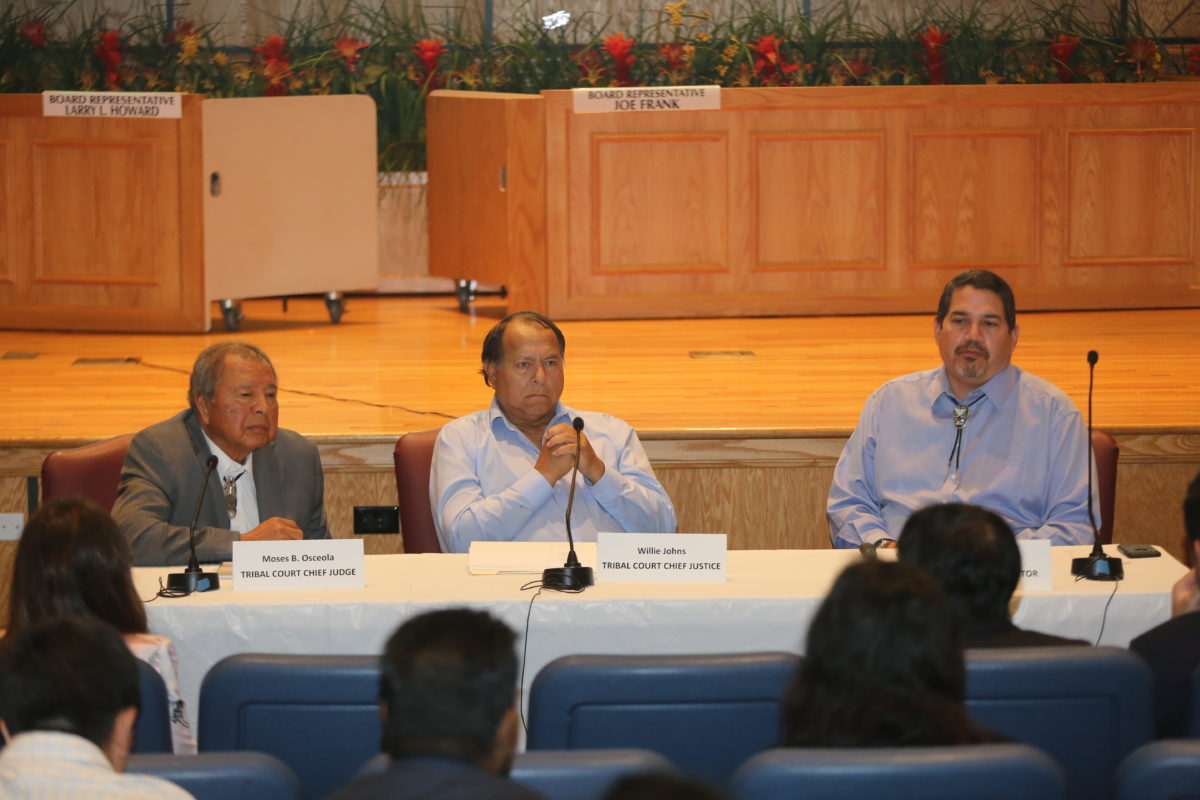 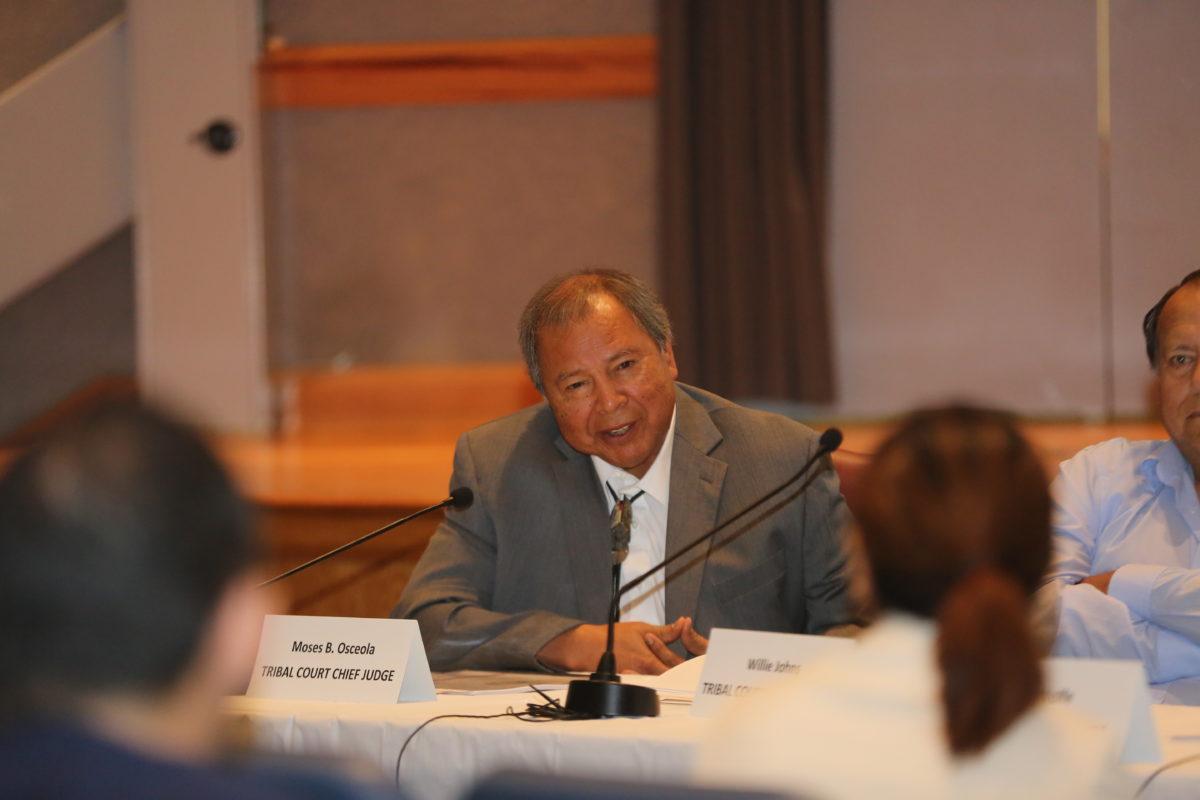 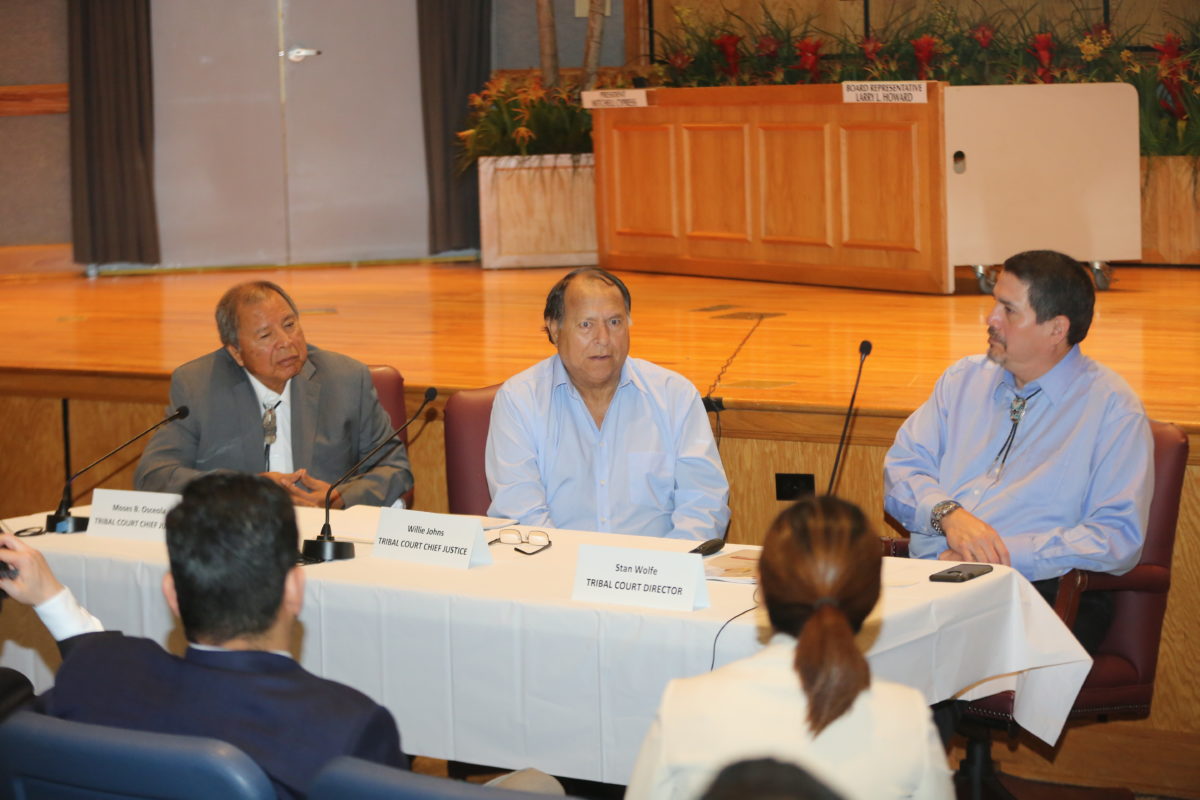 Wolfe spoke of the complexities of the Seminole Tribe and how it interacts with state and federal governments. He also said that when it comes to Tribal Court, much of it is straight-forward because it is a relatively new court – about three years old – that deals with civil, not criminal cases.

The most common civil cases before the court, Wolfe said, are disputes that involve division of property or family issues like divorce or child custody.

“People that come before the judges know the families and the clans,” Wolfe said. “You will see them eventually at events. Tribal court is more of a community-based court.”

After a question-and-answer session the group made the short trip to the Hollywood Hard Rock Hotel & Casino for lunch.