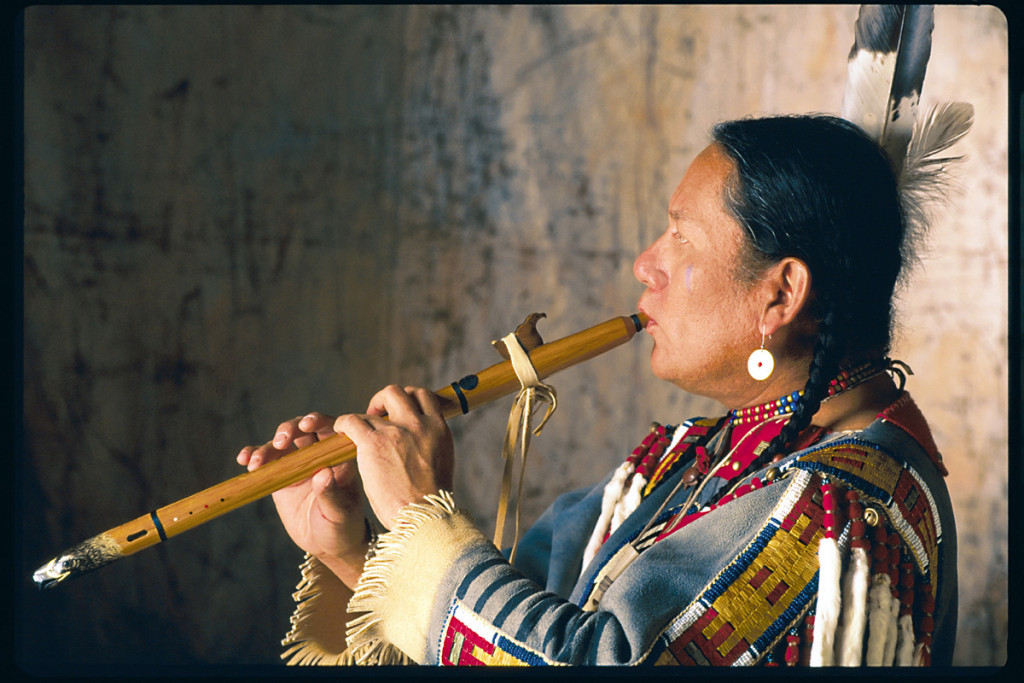 “Everything I do is based on the philosophies of all the Tribes I participate in,” said Nakai, of Tucson, Ariz. “They offer a very clear road map.”

His style of music includes new age, jazz and classical, but he has crossed cultural boundaries through collaborations with Japanese, Tibetan and Hawaiian musicians.

He was nominated for a Grammy award this year for the new age album Awakening the Fire, a duet with percussionist Will Clipman. Although he didn’t win, he enjoys incorporating an indigenous instrument into the current American music scene, he said.

Nakai has gained notoriety but said he doesn’t know what makes his music attractive to his audience.

“I’m still figuring it out,” he said. “It’s kind of like a freeway; there are all these off ramps and side roads you can go on that take you away from the freeway. You have to get off the freeway as much as you can and see what’s out there.”

A self-described musician and philosopher, Nakai lives what he calls an “experientially based life” rather than one that is limited by controls placed on people by society.

“It’s more interesting,” he said. “I determine and am aware of what my own life will become instead of looking back and thinking about what was lost. As many philosophers have said, the past can never be changed but the future offers many possibilities.”

Nakai earned a bachelor’s degree in graphic arts from Northern Arizona University and a master’s degree in American Indian studies with a specialty in culture and spirituality from the University of Arizona. He believes the biggest obstacle facing Native Americans today is their reliance on the past.

“They think they lost something when the world changed around them in the 1800s,” Nakai said. “It’s time to get off the reservations created by the government and create a more positive outlook and future. We need to be more self-sufficient and become more involved in society as it exists today.”

His advice to Native American young people seeking success in life goes back to the basic questions about life itself.

“I encourage youth to remain within their culture,” Nakai said. “Learn who you are. Go back and question your family. Why did you make me? What was your dream? Begin a discussion about what you are in the world; it will reveal your own philosophy. It’s about having self-awareness and delving into your cultural heritage.”

The biggest challenge in life, Nakai said, is learning not to be held back by society’s “social control mechanisms.”

“I want to operate outside of those because I don’t think they work too well,” he said. “Many philosophers talk about self-awareness and personal responsibility. Even the elders; their first admonition is to learn to be of service to others.”

Nakai believes being inclusive in the world as it moves into the future while being of service to others is the best way to live. He considers living that way to be his greatest achievement.

Today, Nakai tours about eight months a year but hopes to reduce it to about four months as he nears retirement.

“I don’t have a special gift; I just do what I enjoy in the world,” he said. “I work to express the profound experience I have in my own life. Other people can do this, too; I’m not the only one.”