HOLLYWOOD — Mike Tiger sat at the scorer’s table watching the basketball tournament that is annually played in his father’s memory and for the past few years has been held in the building that bears his dad’s name.

“Hollywood versus Lady Seminoles. Cheer for your team,” Tiger said to the crowd as he held a microphone on a Friday evening during day one of the 49th annual Howard Tiger Memorial Basketball Tournament on the Hollywood Reservation.

Games in the Legends divisions for men and women ages 35 and up and the appropriately named Trailblazers coed division for the 50 and over crowd were held June 16. All three divisions featured two teams each. The younger adults competed the following day.

“This tournament is for the Tribe and the young people and seniors, everybody. You see

a real mixing of people come to this tournament,” Tiger said.

But basketball and the gymnasium are only some of the reasons that make Tiger smile when he talks about the Howard Tiger Recreation Center. The culture and educational components located in other sections are also vital, he said.

“It’s a beautiful state-of-the-art facility,” he said. “I’m very proud of it being a multi-purpose facility. I think that’s the most important thing about the building itself, is it serves the whole community, from seniors down to the very young of age. I think the education programs that are here are some of the best in the Tribe. It’s more than just athletics. Kids can come here for academic reasons and study. People can come here and get careers. We have some people who are seamstresses, who learn how to sew here, learn how to make our designs. It’s passing on tradition.”

As for the basketball tournament, the tradition of honoring the memory of Howard Tiger continued as it has for a half-century. Howard Tiger excelled in several sports as an athlete – including baseball, basketball, football and boxing – and he was instrumental to Tribe’s youth as a coach and founder of the Recreation Department. An inscription on Howard’s Sports Hall of Fame plaque from the induction class of 1998 reads: ‘Warrior. Hunter. Athlete. Friend of Youth.’

“Dad’s been gone a long time,” said Mike Tiger, a 2002 Hall of Fame inductee who used to play in the tournament but knee surgeries ended his playing days. Still, he was pleased that the Tiger family was represented on the court by his nephew Clyde Howard Tiger Jr.

Clyde played for the champion Seminoles team in the men’s Legends. He scored 17 points in the team’s first of two games against the Hollywood Heat. The Seminoles swept the Heat with a comfortable win in the second game, although Clyde suited up for the opposition because the Heat didn’t have enough players to field a full squad.

The Seminoles roster also included Elton Shore, Jess Heart, Milo Johnson and Howard Jimmie. Heart led the way with a game-high 26 points in the second game while Shore drained 23 points.
On the women’s side, the Lady Seminoles captured the Legends championship with two wins against the Hollywood Ladies. Elizabeth Huggins sparked the Lady Seminoles to a 35-21 win in the first game with a game-high 17 points. Teammate Carla Gopher added 10 points. Cassandra Jones led the Hollywood Ladies with nine points.

Some of the Legend women and men pulled double duty by competing in the Trailblazers division for ages 50 and up. Hot Mix and OG’s squared off in two games that featured coed rosters and 3-on-3 half-court games. Three-point star Vince Billie poured in 29 points for Hot Mix in the second game, but the OG squad used a deeper bench and received balanced scoring to sweep the series.
Hot Mix led 28-27 after three quarters, but a fast break – or somewhat speedy break since only a half-court was in play – was worked to perfection by Edwin Garcia and Kenny Tommie, who finished off a pass from his teammate with a layup that gave OG a 30-28 lead. Moments later, a 3-pointer from Charlie Tiger (13 points) put OG in front 35-30 and they withstood a flurry of late 3s from Billie for a 46-43 win.

In the clinching victory, Tiger, Garcia and Tommie each scored in double digits and Leslie Osceola scored four points.

On Saturday, Big Town proved to be a big obstacle for opponents as it won the men’s title. Big Town clinched the championship with a wild 106-103 win against Native Soldiers. After starring for the Legends champions the previous day, Jess Heart did the same in the men’s division as the tournament MVP poured in 40 points for Big Town.

On the women’s side, the Sharpshooters rolled to victory lane behind tournament MVP Skyla Osceola, who had 27 points in the 61-49 clinching victory against WCW. The Nova Southeastern-bound freshman notched 28 points in game one. Tournament director Courtney Osceola chipped in with 10 points for the champions.

Throughout the two days, Courtney presented champion and runner-up teams with prizes, including shirts, jackets and trophies.

Next year’s games will no doubt carry additional significance as the tournament turns 50.

“I love this time of year,” Mike Tiger said. 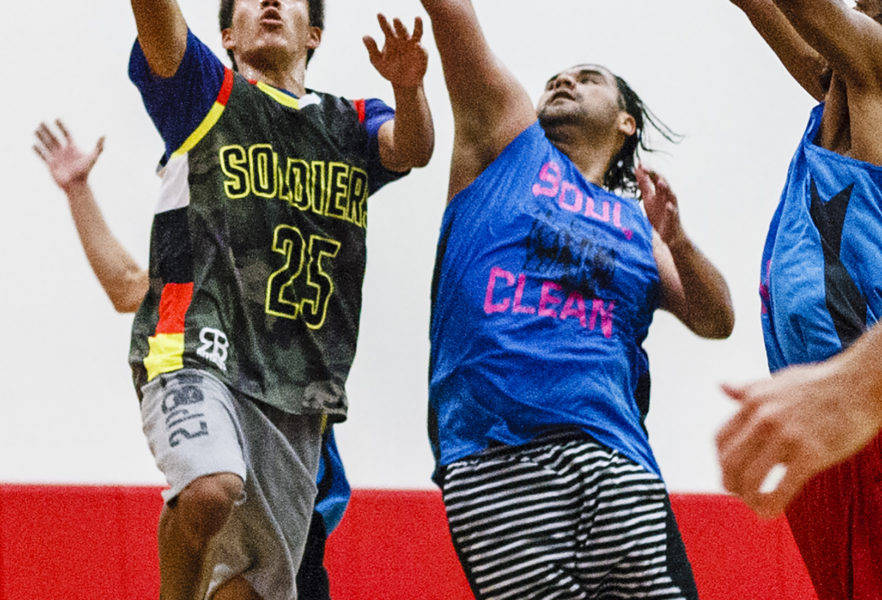 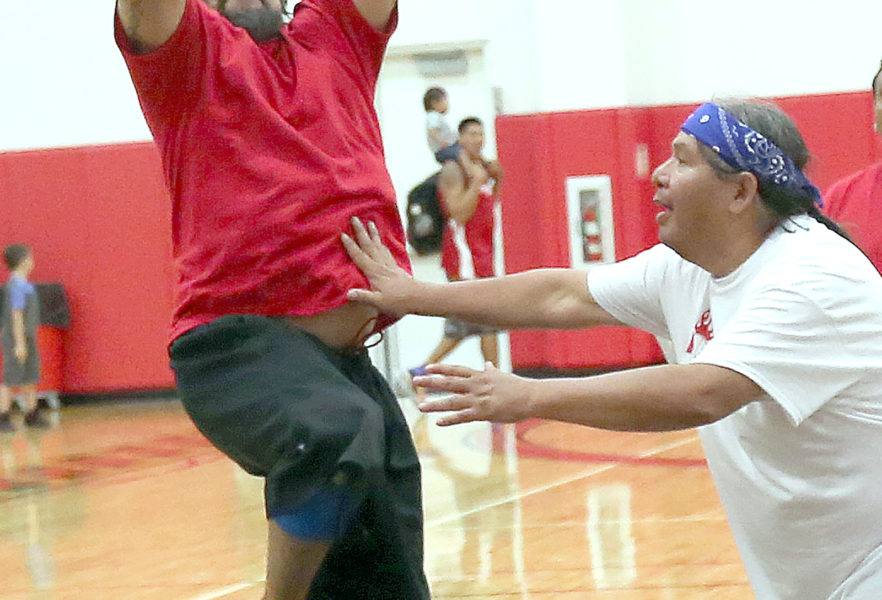 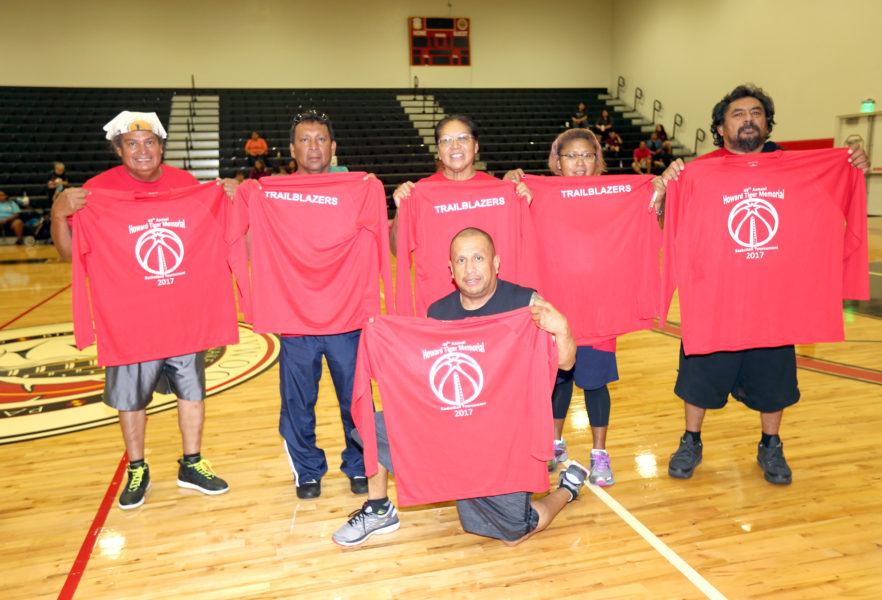 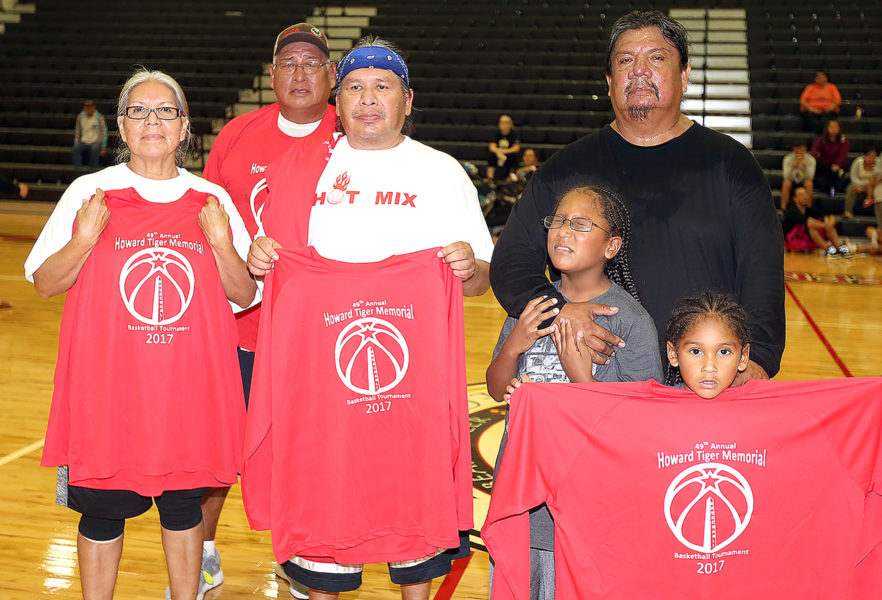 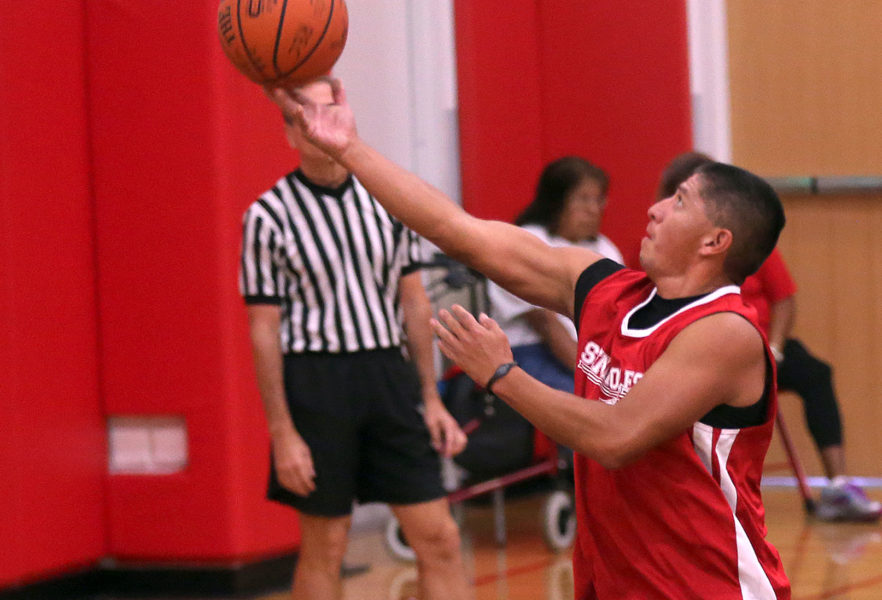 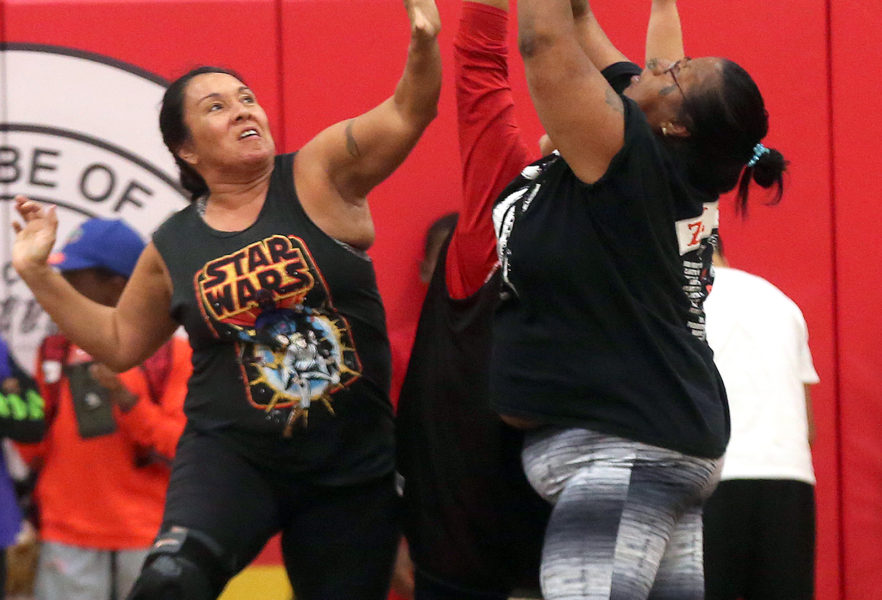 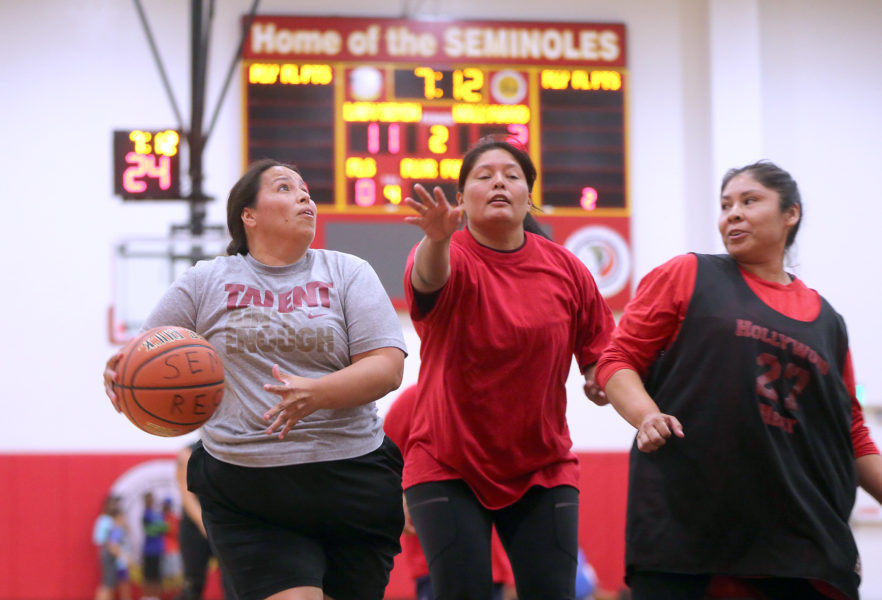 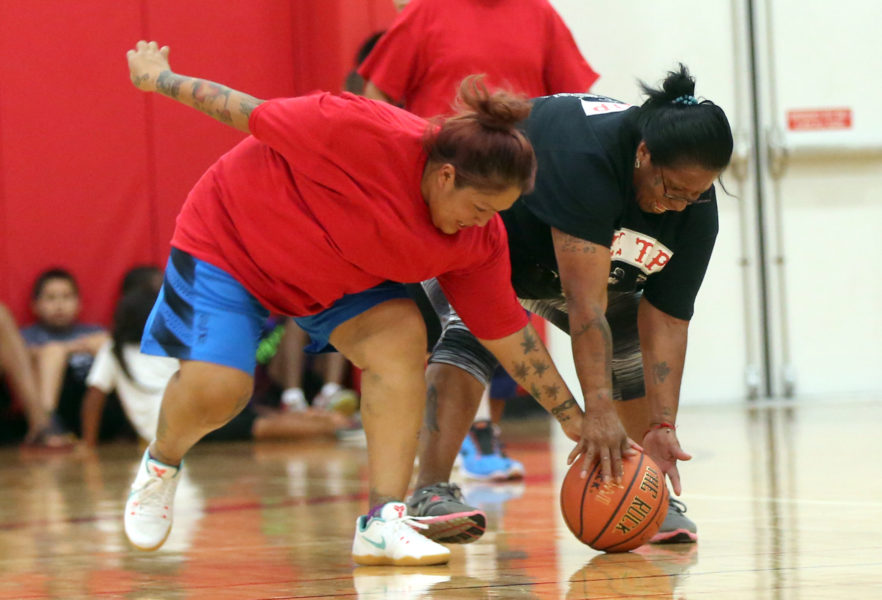 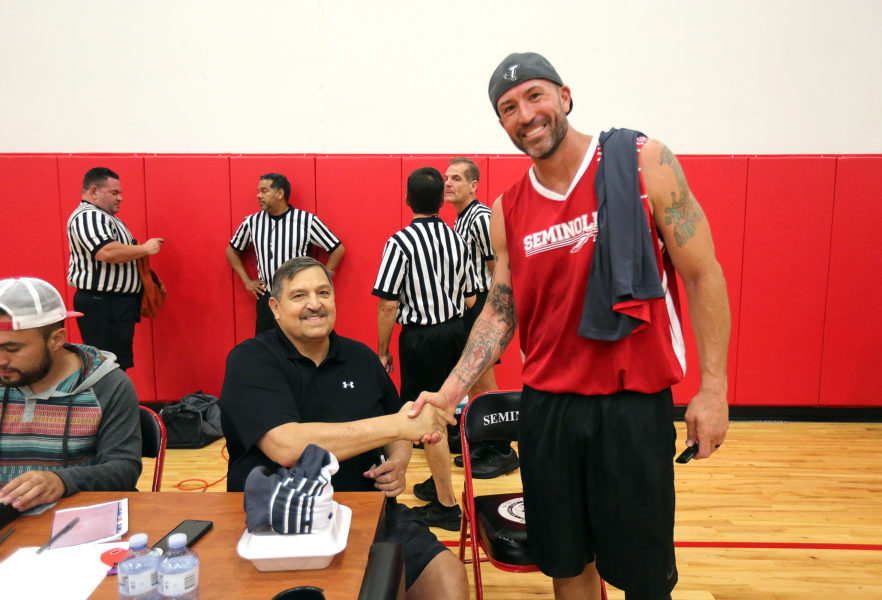 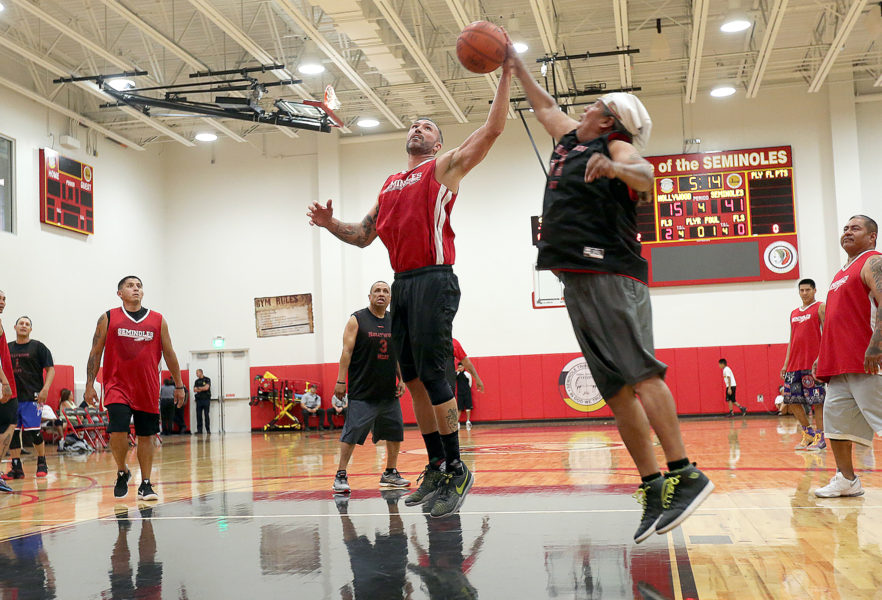