HOLLYWOOD — Hollywood is about to welcome hundreds of Indian Country’s most talented dancers and drummers to the 47th annual Seminole Tribal Fair and Pow Wow. Dressed in their 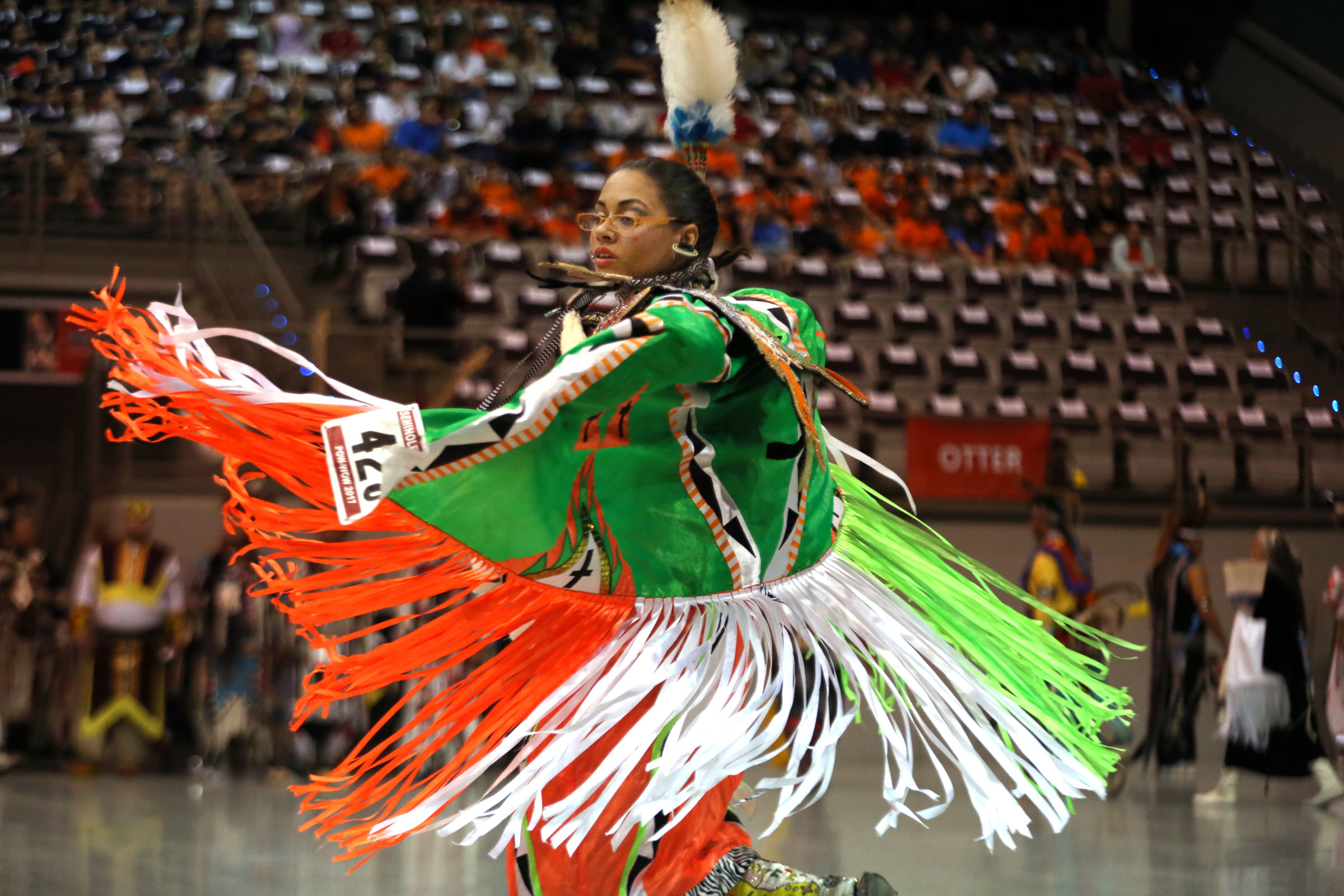 finest regalia, participants will compete for their share of the $150,000 prize purse from Feb. 9 to 11 at Hard Rock Live.

Since Tribal Fair is so close to Valentine’s Day, Wanda Bowers will sponsor a special Sweetheart dance on Friday and Saturday afternoon and evening. Couples will dance together and synchronize their steps, earning points for each session.

“Pairs have to dance together the same way,” Bowers said. “It’s fun and really pretty to watch.”

Tribal members who don’t want to compete on the dance floor can show their talent in the clothing and arts and crafts contests. The clothing contest will be held Feb. 10 from 9 a.m. to noon at Hard Rock Live. Arts and crafts will be judged Feb. 9 and be displayed for the weekend in the VIP area on the third level of Hard Rock Live.

Entertainment will include alligator wrestling and wildlife shows and Seminole vendors will display and sell their wares. The Cowbone Band will perform Friday at 5 p.m.; Osceola Brothers Band will take the stage Saturday at 5:30 p.m. and Taboo and Mag 7 featuring Spencer and Doc Battiest will perform Saturday at 6:15 p.m. Tribal Fair will conclude Feb. 11 with a concert by the Cowbone Band at noon, Osceola Brothers at 1 p.m., an alligator wrestling show at 2 p.m. and country artist Jamey Johnson at 3 p.m.

The Native Reel Cinema Fest will be held in the Hard Rock meeting rooms Friday and Saturday nights from 8 to 10 p.m. Featured films include “Rumble” and “Wind Across the Everglades,” which stars Mary Osceola Moore and a special screening of “Ronnie BoDean.” A question and answer period with producers Steve Salas, Christina Fon and special guest Taboo will follow.