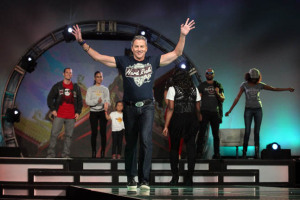 QUINTANA ROO, Mexico — The Hard Rock Hotel Riviera Maya, a resort in the Puerto Aventuras district of Mexico south of Cancun, pulsated under the hard rock beats that accompanied a fashion show of the latest T-shirts from the Seminole Tribe’s Hard Rock brand empire.

Models from age 4 to 40ish rocked the stage at the hotel ballroom Jan. 21 in the massive resort that hugs the Yucatan Peninsula. Though T-shirts make up 60 percent of Hard Rock retail store sales, the show was just a fraction of what pooled nearly 500 general managers, franchise owners and vendors worldwide to the 2015 Hard Rock International Global Conference.

“Once a year we bring the leadership in and talk about the previous year, how we did and where we want to go,” said Hard Rock International Chairman James Allen. “We’re trying to show the power of the brand, the marketing ideas we have and the different philanthropic ways to help more people and raise more business.”

Allen said more than 34,000 employees work under the combined businesses of the Hard Rock brand and Seminole Gaming, all under the umbrella of the Seminole Tribe of Florida. But, Allen said, he works for the 4,000 Tribal members.

“They are the people I report to while we (Hard Rock International) figure out how to secure the future,” Allen told a packed ballroom during the general session.

Seminole Tribe Chairman James E. Billie and an entourage of Tribe employees attended the session at the hotel, the third in Mexico to contract as a Hard Rock licensee. Two other Hard Rock hotels in Mexico are slated to premier by 2017.

Allen’s update included numbers to show that the Tribe is at the top of business worldwide.

The Seminole Tribe is also the only company in the history of gaming to maintain an investment grade rating from the S&P, Moody’s and Fitch Ratings all at once, Allen said.

“Caesars did not declare bankruptcy because it is a bad brand … it happened because of debt,” Allen said. “The Seminoles have the lowest debt in the industry.”

But success is not only measured in money, he said.

In 2014, the Tribe received the National Council on Problem Gambling award for Corporate Social Responsibility and became the first Tribe in the U.S. to achieve self-regulation by the National Indian Gaming Commission.

In early January 2015, the Tribe became the first Native gaming operator to be welcomed into the American Gaming Association and offered a seat on the board.

Further, the corporation is world renown for philanthropy. In October 2014, Yoko Ono presented Hamish Dodds, Hard Rock president and CEO, with The Spirit of Excellence Award from the T.J. Martell Foundation for Leukemia, Cancer and AIDS Research.

From the podium, Chairman Billie quoted no numbers or accolades but gave the audience a bit of himself by teaching them “hello,” “I am well” and “thank you” in Mikasuki.

He gave them a peek into his past and thanked friends he made along the way.

“In 1971 I was just back from Vietnam, 25 or 26 years old, full of vinegar, just wanting to ride a motorcycle and rock ‘n’ roll,” said the Army veteran. “When I saw my first Hard Rock I told myself I would get a T-shirt from every one. I didn’t realize then that I’d own all the T-shirts someday.”

The Chairman recognized Andrew Lee, Hard Rock’s regional director of Hotels and Casinos in Asia Pacific, for his kindness during a late 2014 tour of Asian interests. He told the crew of the Istanbul Hard Rock to be safe because he recently saw the restaurant in the background of a news video about the ongoing war with ISIS militants.

And he called Rita Gilligan, the longest-serving Hard Rock employee, to the stage to collect hugs and gifts for her 44 years of service.

Gilligan, who was a 29-year-old waitress “on day one” in 1971 when the very first Hard Rock opened “in the shadow of Buckingham Palace,” was honored with a Seminole basket, doll, Seminole Hard Rock pin and a patchwork apron stitched by Mary Jane Storm.

Now a sprite 73 and the corporation’s official goodwill ambassador, Gilligan has helped open 160 Hard Rock locations. Fittingly, she was a cornerstone of the corporation’s philanthropic slogan “Love All – Serve All,” having broken restaurant rules with Peter Morgan in 1971 by giving a free hamburger to a hungry elderly woman she caught peering through the window.

“I remember when the Hard Rock started with only 46 employees. We were a little stone and now we are the rock of the planet. Just look at us now,” Gilligan said.